If you missed yesterday's reviews, you can find 'em right here.

Legion Lost #2
Written by Fabian Nicieza, Art by Pete Woods
This issue gives us the rest of the information the debut issue was lacking, and it's all the better for it. Despite my lifelong inability to get interested in the Legion, this small group, placed in the modern day, makes it manageable. The team has their first encounter with a human who has been infected by the virus from the future, and the results are disastrous. Where the first issue was a little too chaotic, this one reins it in a bit, and gives us a tale with some personal ramifications for Wildfire. I knew nothing but his name before, but after this issue, I've gotten to know him a bit. Hopefully the series will continue down this path, giving us solid adventures that shine the spotlight on a different member of the team.
My score: 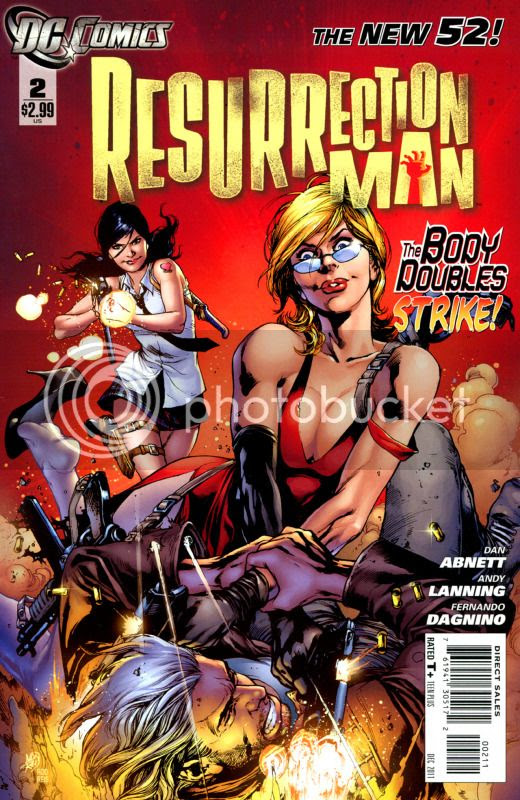 Resurrection Man #2
Written by Dan Abnett & Andy Lanning, Art by Fernando Fernando Dagnino
Mitch heads to the rest home where his father had been staying to find some answers. Unfortunately, the supernatural forces are still hot on his trail, as are the females assassins the Body Doubles. This series feels like it's going somewhere interesting, but it's not quite firing on all cylinders yet. The cliffhanger definitely makes me want to read the next issue right away though; it looks as if business is about to pick up! 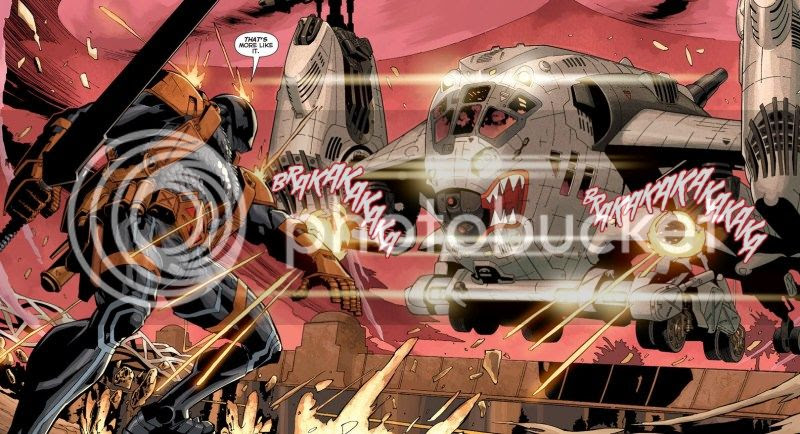 Deathstroke #2
Written by Kyle Higgins, Pencilled by Joe Bennett, Inked by Art Thibert
If you want to watch Deathstroke kill about 90 people, this is the comic for you. After a few pages where the contents of the mysterious briefcase are teased, the rest of the issue, right up until the final page, is a gigantic battle. If you buy a comic with a name like "Deathstroke," though, you know pretty much what to expect. This issue is over-the-top fun, if a bit on the goofy side at times.
My score:

Grifter #2
Written by Nathan Edmondson, Pencilled by Cafu, Inked by Jason Gorder
Things intensify fast as Cole meets with his girlfriend, trying to convince her that the things he is seeing and hearing are real. Meanwhile, his brother is hot on his trail. There's plenty of action in this issue, and a nice sense of momentum is building. My one big gripe is that it seems to end a little too quickly. I'm enjoying this series more than I expected to, and looking forward to next issue's showdown.
My score: 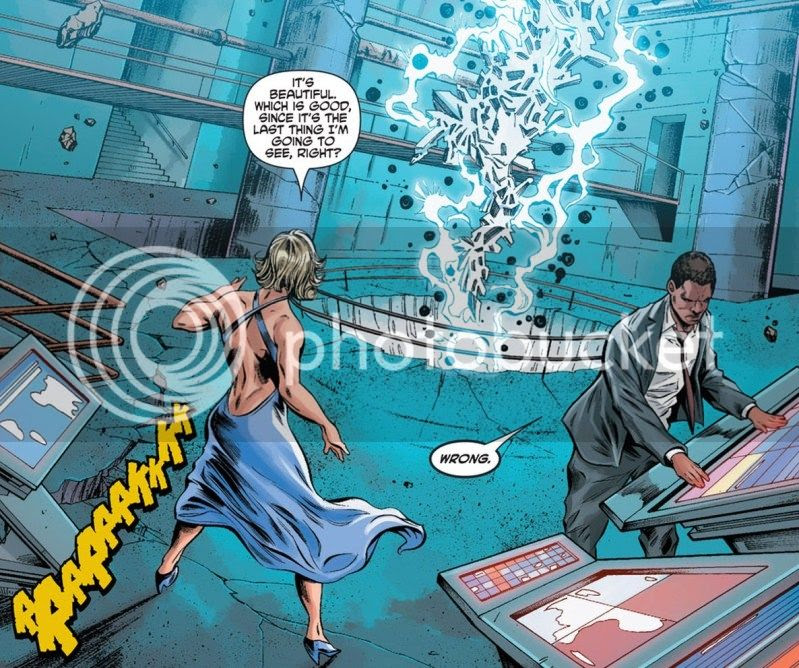 Mister Terrific #2
Written by Eric Wallace, Pencilled by Gianluca Gugliotta, Inked by Wayne Faucher
This issue finds Michael dealing with the disaster from the final pages of the debut issue, with some science that seems rather ridiculous even by comic book standards. Several subplots are also developed, including what looks to be a larger threat looming in the future. We meet the mastermind behind the brain hijackings, and Mister Terrific get's ready to throw down with him. This isn't one of the best comics this week, but it's a fun read.
My score: 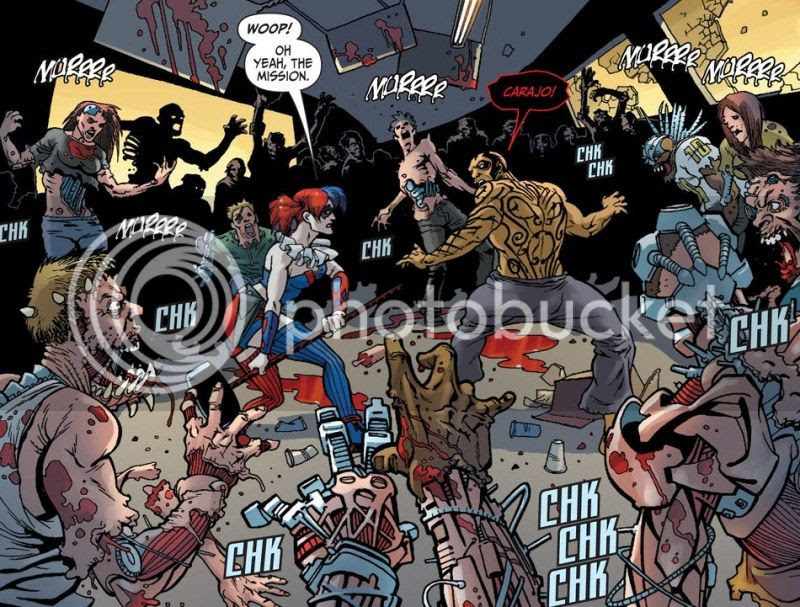 Suicide Squad #2
Written by Adam Glass, Pencilled by Federico Dallochio, Inked by Andrei Bressan
The team launches into their inaugural mission, taking on a stadium full of what basically amounts to techno-zombies. There are a few twists and turns along the way, and some nice character interaction. Another twist at the end means things are about to get even tougher for our "heroes." This book isn't Secret Six, but it's pretty fun when judged on its own merits.
My score:

That's it for the ongoing series for this week. Pop back by tomorrow for reviews of the new miniseries My Greatest Adventure, as well as the long awaited debut of the 12-issue series The Shade!
Posted by Waylon Piercy at 11:00 AM