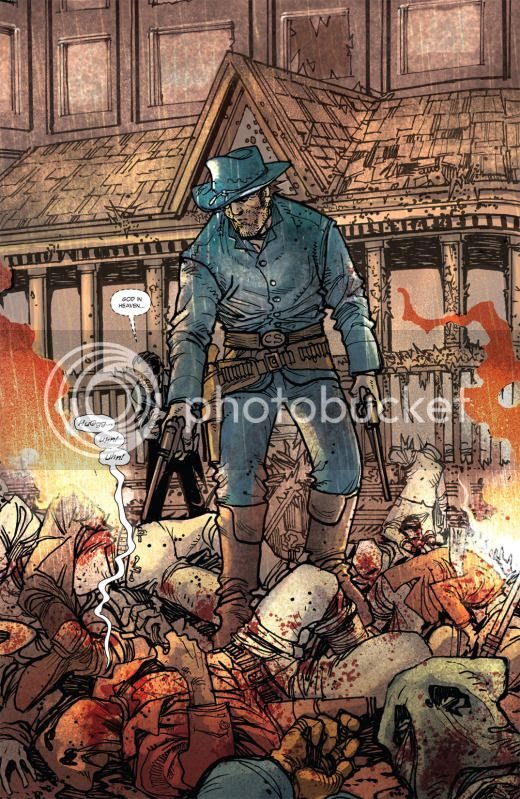 All-Star Western #2
Written by Justin Gray & Jimmy Palmiotti, Art by Moritat, Jordi Bernet (El Diablo backup)
The action comes fast and furious as assassins are dispatched to take care of Hex & Arkham, and Hex deals with them in bloody fashion. This issue is no less interesting than the debut, and the odd couple pairing of Hex & Arkham continues to entertain.
In the backup story, Lazarus Lane blows into a town that has been overrun by what appear to be zombies. Credited to an Indian curse, it is revealed that only a demon can dispatch the creatures, so Lazurus must unleash El Diablo. P & G did an excellent job giving some of DC's lesser-known western characters a chance to shine in the Jonah Hex series that preceded this one, and it's nice to see that some of them will be getting their own backup stories in this book.
This is one of the best comics you're likely to find, and is deserving of a lot more attention than it's been getting. Take a chance and give this series a try, it's not likely to disappoint.
My score: 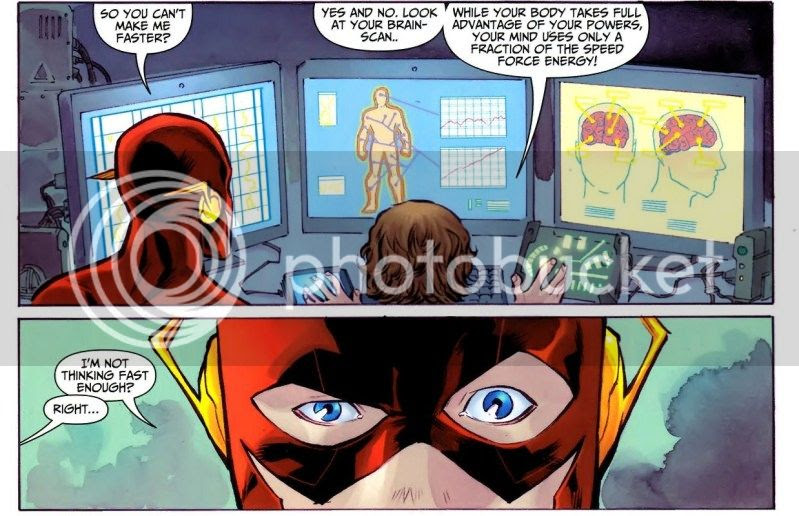 The Flash #2
Writing & Art by Francis Manapul, Co-written by Brian Buccellato
This improves on the disappointing debut issue, as Barry begins trying to use the Speed Force to increase the speed of his thinking, as well as his physical abilities. We only see the first taste of this in this issue, but it opens up a whole new world of intriguing possibilities. Manapul's dynamic layouts and frenetic style continue to energize the book, creating visuals that are absolutely appropriate for a Flash series. Manapul and Buccellato seem to be finding their footing after a somewhat shaky start.
My score: 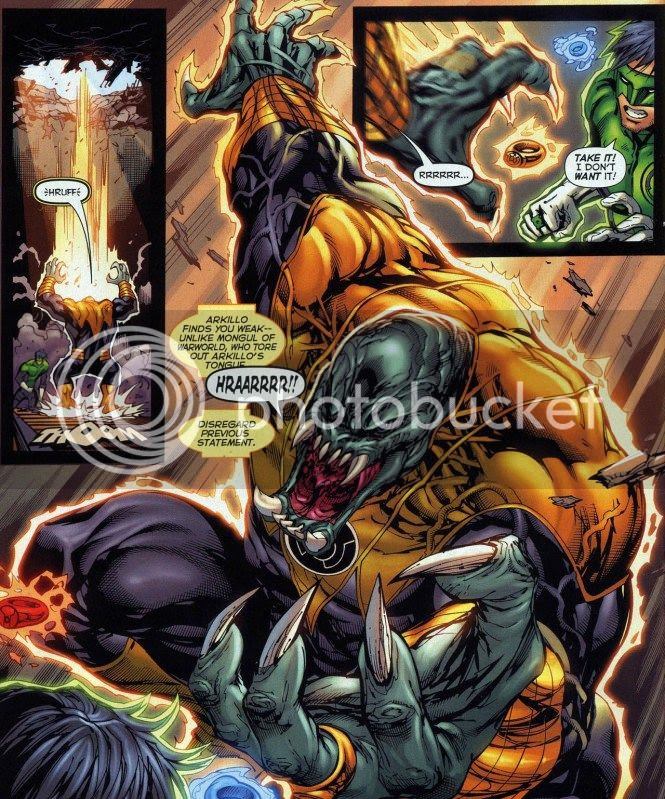 Green Lantern: New Guardians #2
Written by Tony Bedard, Pencilled by Tyler Kirkham & Harvey Tolibao, Inked by Batt
The inevitable battle promised by last issue's cliffhanger ensues here, and takes up about half of this issue. Kyle and Saint Walker are able to slip away, traveling to Oa for answers. The intriguing mystery of exactly why all these rings have chosen Kyle takes a backseat to action, and the issue suffers for it. The art is adequate at best, with quality often varying wildly from page to page. This series has an interesting premise, but it needs to improve quite a bit to do it justice.
My score: 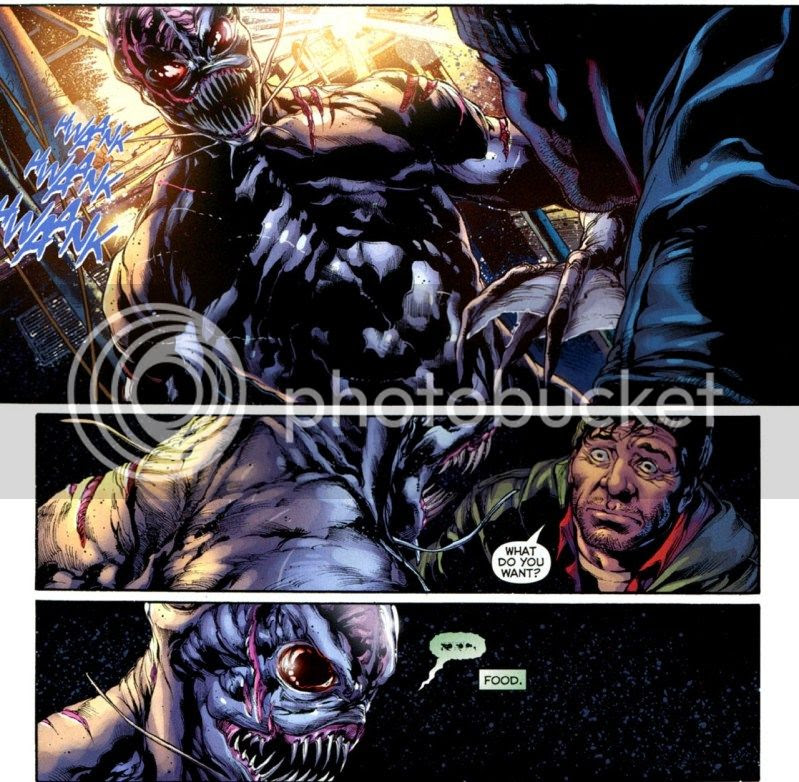 Aquaman #2
Written by Geoff Johns, Pencilled by Ivan Reis, Inked by Joe Prado
The monstrous Trench creatures continue their bloody quest for more food, and Aquaman & Mera get some quality time together before being thrown into battle against the beasts. This is a solid issue, and the art is just as nice as we've come to expect from Reis. I'm very interested to see the place these creatures call home next issue.
My score: 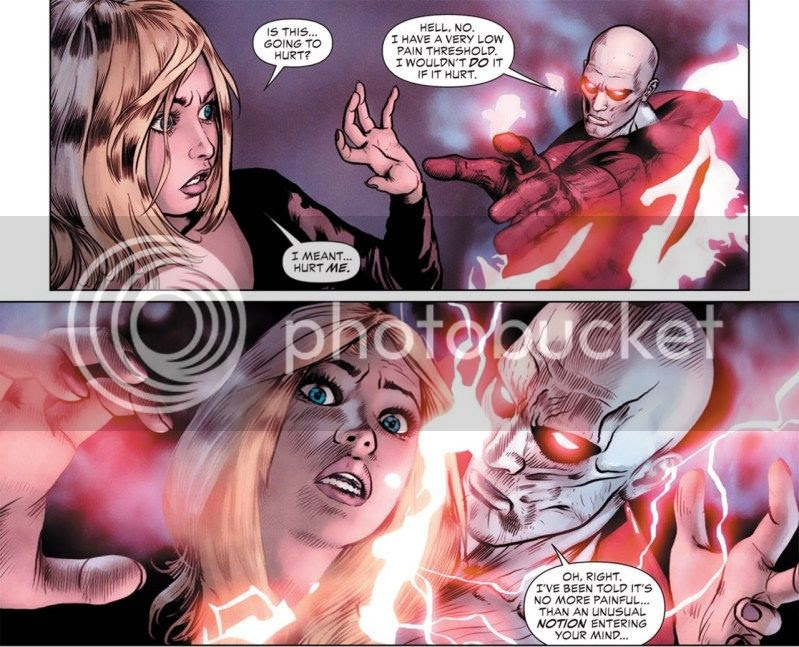 Justice League Dark #2
Written by Peter Milligan, Art by Michael Janin
This issue guest-stars Dawn Granger, the superheroine Dove. The relationship between Dawn and Boston Brand, a.k.a. Deadman, is the focus of this issue. The difficulties of maintaining a relationship in which one of the partners is incorporeal is explored, and the insane Enchantress begins to threaten several of the characters more directly. Janin's art is fantastic; this easily one of the most gorgeous books out there. This series is clearly taking us to some very interesting places, and I can't wait to tag along.
My score: 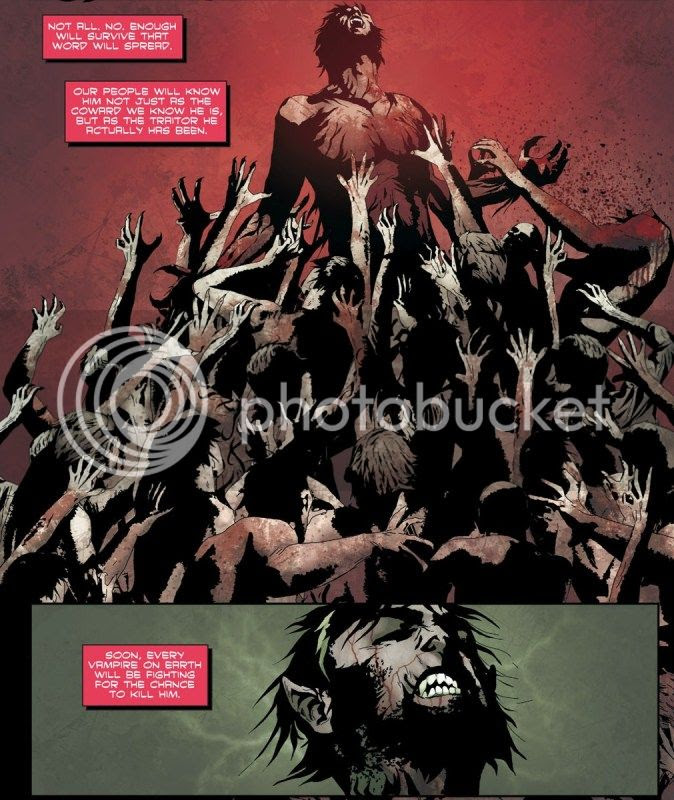 I, Vampire #2
Written by Joshua Hale Fialkov, Art by Andrea Sorrentino
This issue gives us a peek into the mind of Mary, Queen of Blood, as she and her vampire army begin their assault on humankind. Sorrentino's dark, moody art suits the story perfectly. It's very nice to have a quality horror book that is actually set in the DC Universe, a it'll be very interesting to see how the vampires fare once they come up against some of the DCU's superpowered inhabitants.
My score: