31 Days of Halloween: The Thing On the Doorstep

One year ago: Mad Monster Party 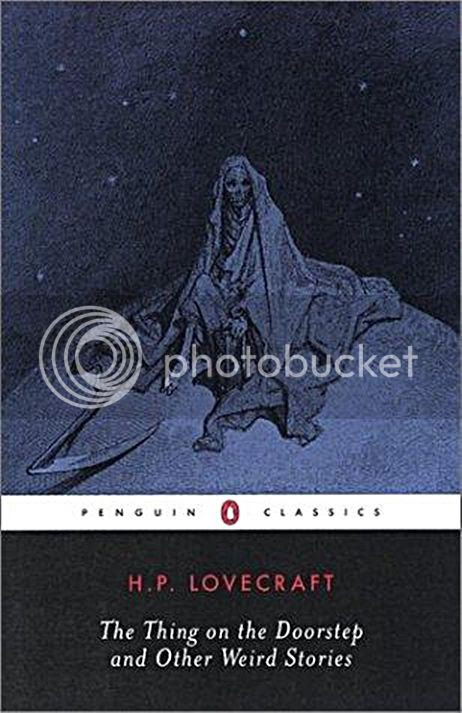 H. P. Lovecraft is one of the preeminent authors of horror stories, and his work have been widely imitated in the decades following his death. Even contemporary authors and friends of Lovecraft such as Robert E. Howard and Clark Ashton Smith included references and homages to the mythos he was building with his stories. (Lovecraft returned the favor, referring to fictional works such as Nameless Cults, which Howard invented for use in some of his own work.) Popular recent works such as the Hellboy comics and films draw from Lovecraft, but a large portion of the viewers and readers have no idea where some of these ideas came from. For those searching for a point of entry into Lovecraft's work, The Thing On the Doorstep is an excellent place to begin.

Edward Derby and his wife Asenath are the central figures in the story, which is related to us by Derby's best friend. Asenath has a sinister air about her that leads Derby's friends and family to discourage his courtship of her; heedless, he soon marries her. By the time he realizes her intentions, it is far too late.

The story hooks the reader immediately, as the opening line is the narrator's confession that he fired six bullets into his best friend's head. The rest of the story explains why such action was necessary. There are references to other Lovecraft stories, but nothing that necessitates reading those tales first. If you read the Penguin Classics collection that includes this story, there are footnotes to explain any potential confusion. However, I would recommend reading the footnotes after the story, as some of them can be spoiler-ish. The story is quite understandable without them. Lovecraft is not for everyone; he had a tendency to over-write, and there are times when a recounting of a character's life leading up to the more interesting events can seem interminable. Lovecraft's work is definitely in the category that rewards the patient reader who takes the time to let him/herself become immersed in the work.

Much of Lovecraft's work is in the public domain-- possibly all of it; there is some debate about that-- and can be read online for free. This story appears to be in the public domain, and it can be found on the Project Gutenberg website here. I recommend the Penguin collection for the annotations, which give more background on each story, but for those of you who just want to read the story and don't care about any of that, follow the link. It's free, so you've got no excuse not to give Lovecraft a try!
Posted by Waylon Piercy at 1:30 PM