31 Days of Halloween: The Frankenstein Project

It's Frankenstein Friday!  In recognition of that grand tradition, we're taking a look at something that makes my perpetually empty wallet ache even more: The 6.5 foot tall animatronic Frankenstein Monster! I was walking through the Spirit Halloween store with my girlfriend soon after the store opened for the year when we spotted this thing of horrific beauty. 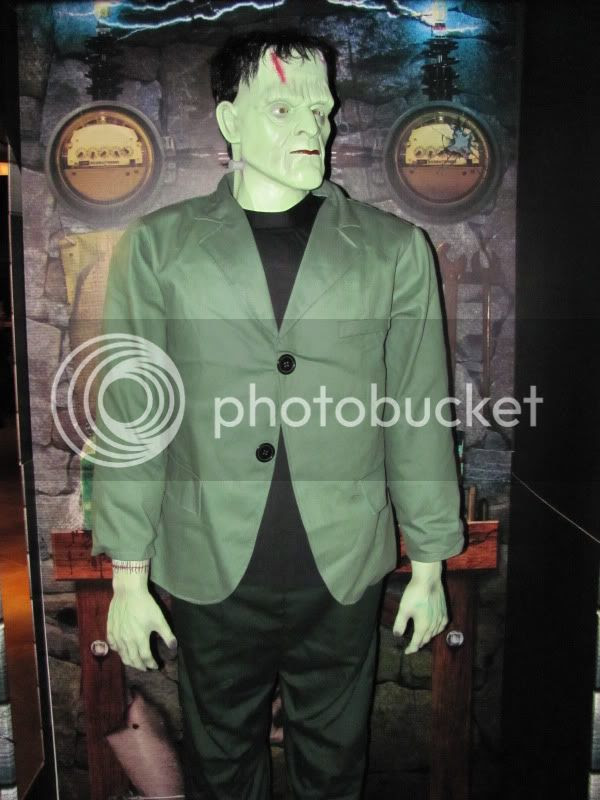 It was HUGE, and its eyes and the electrode in its neck light up as it raises its arms and grunts. It was awesome, and I had to have it! Unfortunately, the damn thing costs $300. It is officially licensed from Universal, and that surely adds to the price. Even so, that is, frankly, a ridiculously inflated price. The more I thought about it, the more flaws I began seeing in it. First of all, the Karloff likeness is not very strong. It looks only vaguely like him at best. Considering that it is actually called the "Life-sized Boris Karloff Frankenstein Animated Prop," one would expect a much stronger likeness to the actor. Second, the sounds of the monsters grunts and the voice crying "It's alive!" are not from any of the films. They're just generic monster grunts that sound nothing like Karloff's, and a generic mad scientist voice that sounds nothing like Colin Clive. Nitpicking? Maybe, if we weren't talking about a $300 item, but I expect near-perfection at that price. Third, the monster is lime green. This is common done in depictions of the Frankenstein Monster, and it generally doesn't bother me that it's become part of his accepted look. Again, however, we're not talking about a generic representation of the Monster, but something that is supposed to specifically represent Karloff's version. The Frankenstein Monster of the Universal films is not green. Green makeup was used, but that was so that the Monster's skin would appear dead white on the black-and-white film, which is how his skin is supposed to look. 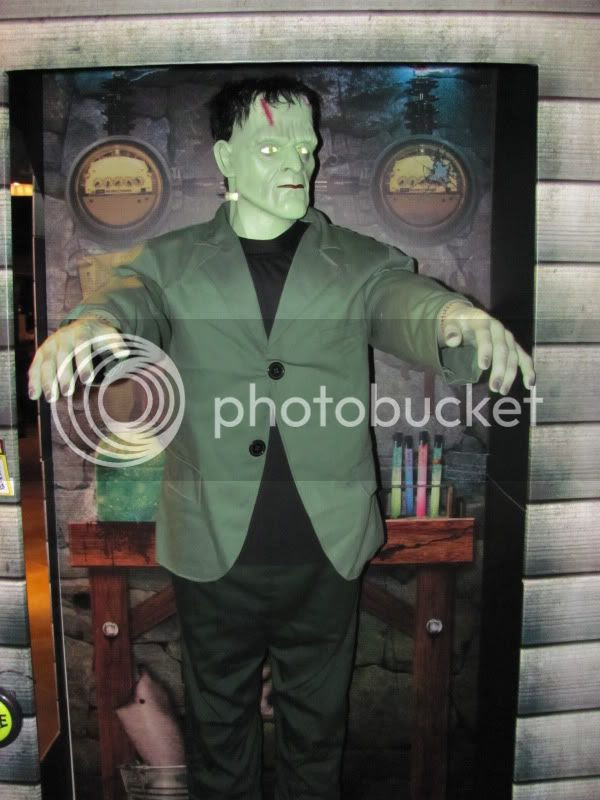 That may seem like a lot of griping, but I reiterate: at $300, it needs to be damn near perfect. Plus, even for all its flaws, I still think the damn thing is awesome and I still want it, so focusing on its flaws makes it less frustrating that I can't afford the damn thing. But hope is not lost! I quickly resolved to build my own life-sized Frankenstein Monster, one that is more accurated to the classic Universal films. By building a wooden frame and padding it out to the appropriate girth, dressing it, and using a really good mask and some really good monster gloves, I think it will turn out pretty spectacular. A few minutes of searching turned up this mask: 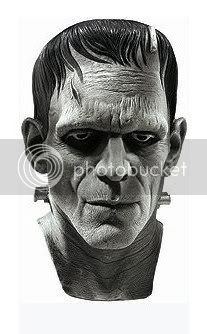 Yeah, it's pretty awesome. It even has the piece that covers the neck and all, that'll be a big help. Also note the dead-on likeness and appropriate skin tone. The Spirit store itself stocks these gloves, which will be just about perfect once I do a bit of detailing: That's about $50 total, and the other stuff shouldn't be too expensive. It'll mainly be a matter of putting the work into it to make sure it turns out right, and I'm definitely willing. Unfortunately, I don't have much money to spare for the components at this time, so it likely won't be ready in time for Halloween. But I'll be working on it for the next little while, buying what I need when I can, and it should be ready by this time next year! If it turns out as well as I hope, I'll probably do a Lugosi-style Dracula next. In the meantime, by all means, go check this thing out if you have a Spirit store nearby. For all its flaws, it's still large and impressive in person, and I'd be tempted to buy it anyway if I had the money. You can find the nearest Spirit store here. And no, they're not paying me anything, although they probably should be, as much as I promote them and talk them up! ;)
Posted by Waylon Piercy at 1:20 PM