One year ago: The Mummy (take one) 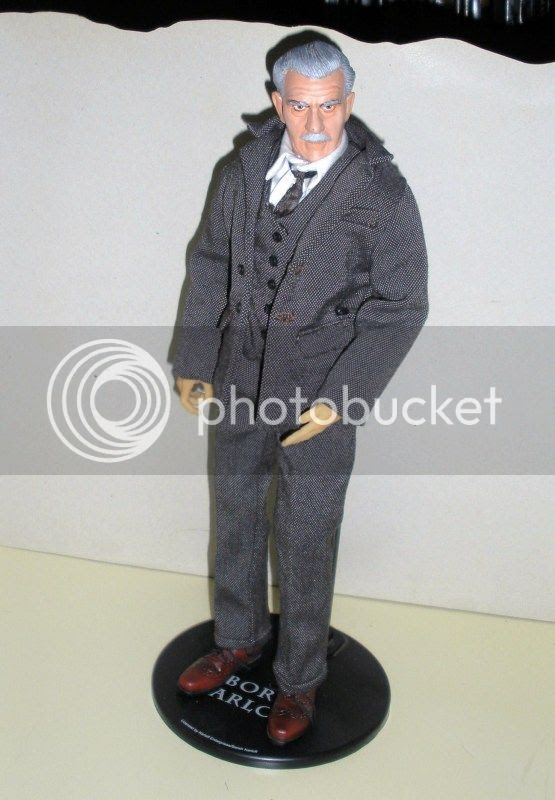 There is a large market for high-end sixth-scale (12" tall) figures of which I'm really not a part. There is a lot of very impressive work being done with sixth-scale figures, but unfortunately, I just don't have the kind of disposable income to buy them on anything resembling a regular basis. However, Amok Time produced a figure a few years back that I simply had to splurge for. They made a sixth-scale figure of my favorite actor: Boris Karloff.

Lucky for me, Amok Time's products are not nearly as expensive as those of most other companies catering to the high-end figure collector market. The figure is very nice, with an excellent likeness of the beloved actor. The outfit is well-made, although the collar on the shirt is too damn big. It can be pulled down a bit, which looks better for a while, but it always creeps back up. One of these days, I'll have to come up with a more permanent solution. Oddly, the right hand they chose is sculpted as if he were holding a gun. It's not a big deal, but it does look a bit odd in many poses. The hands look yellowish in the photo, but they don't look that way to the naked eye. 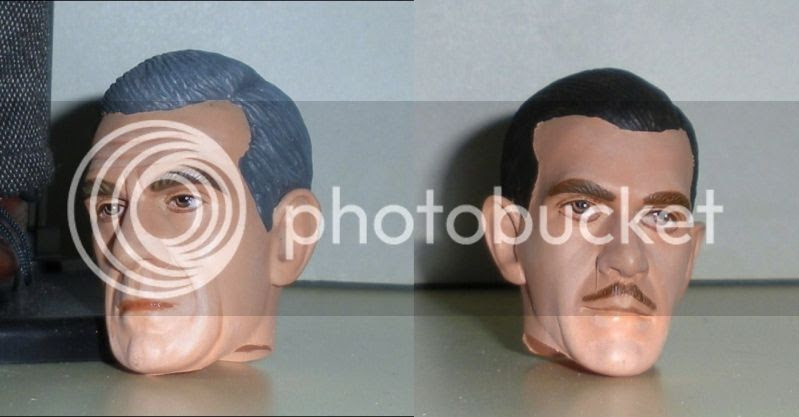 Although he is best remembered for his horror roles, Karloff was a very versatile actor who enjoyed a very long career, and he stayed in demand right up until the end of his life. In order to capture him in three of his iconic looks throughout his career, Amok Time included three heads. I chose the Grampa Boris look, since that's how I best remember him outside of his roles that involved the use of lots of makeup and prosthetics. Someone really needs to make a Vincent Price, Bela Lugosi, and Lon Chaney(Sr. & Jr.) to go with him! He resides on the top of an extra dresser, next to that large Frankenstein Monster we looked at a few days ago. There are a lot of great sixth-scale figures made, and  I have to pass up pretty much all of them, but I'm glad this is one of the very few I was able to get.