One year ago: Dracula's Daughter

Today we're looking at more Halloween decorations, focusing on some of the tombstones I've accumulated over the years.

This one came from Target a couple of years ago, and only set me back around $5. (Gotta love the post-holiday clearance sales!) It's easily the largest and most impressive tombstone I have, and as such, it gets a place of honor each year so it is prominently displayed. It's about a foot and a half tall, and weighs a few pounds, so it's not likely to be tipped over by accident. The paint and weathering are very well done, and they really give it a great look. This ranks among my favorite of my Halloween decorations. 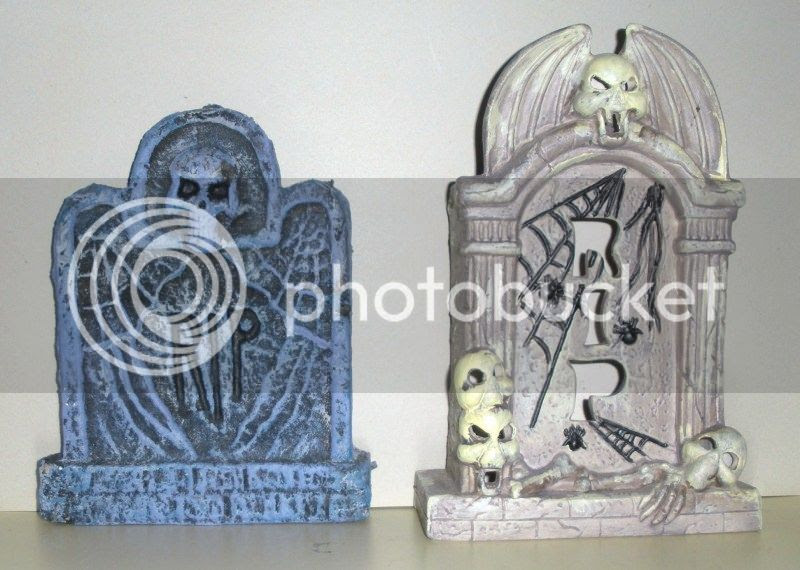 These two have been with me for several years now. The blue one came from Walmart, from a past year when they actually bothered to have a Halloween section that wasn't embarrassingly bad. It's light and prone to flipping over, so I usually put a smaller decoration or something in front of it. It has a nice look though, and the texture is pretty cool. The one on the right Came from Walgreen's, and it has a color-shifting light-up feature that I am incapable of photographing well. Both of these are rather large; the white one is about ten inches tall. 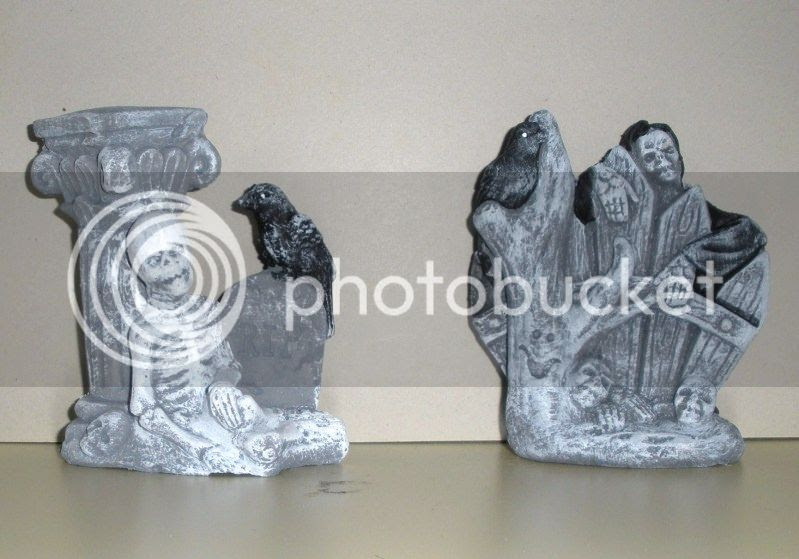 The rest of these came from Dollar Tree, the best friend of the Halloween enthusiast who happens to be dead-ass broke. Dollar Tree routinely has a far better Halloween section than Walmart, and that's just sad. I seem to pick up a couple more tombstones from there every year, and these two are the ones I've gotten so far this time around. You've surely noticed that neither of these are actually tombstones, but they feature skeletons and such prominently enough that I'm lumping 'em in with the tombstones anyway. The one on the left features a skeleton chillin' against a rather short column, while a raven looks on in envy. (Wait, what's that the bird is perched on? A tombstone!! See, I know what I'm doing!) The one on the right is a bit of a mystery. Is the Grim Reaper moping, pining for some cute girl who won't give him the time of day? Is he just worn slap out from his hectic pace of perpetual mass-murder? Is he drunk off his ass and using the fence to prop his bony butt up? And why is that asshole tree laughing at him? Alas, it seems we are doomed to remain in the dark forever. 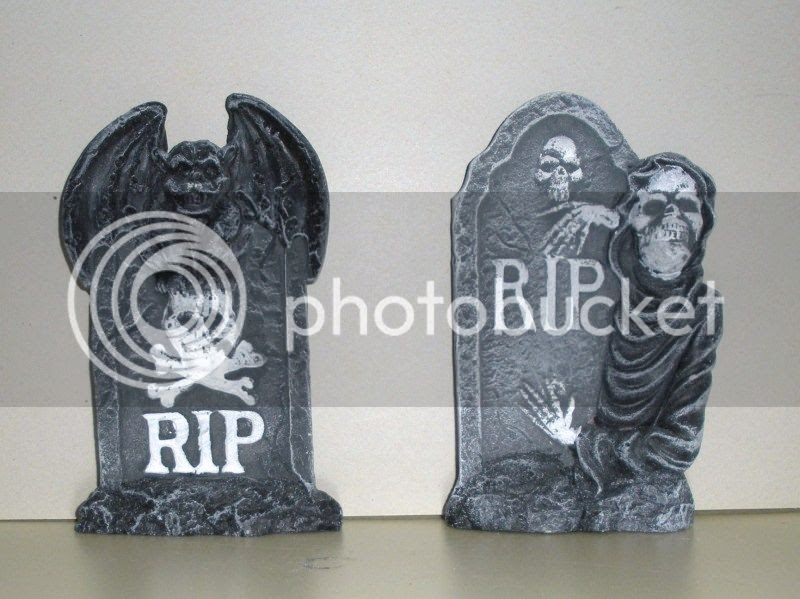 These two are my favorite tombstones from the Dollar Tree collection. The one with the gargoyle-- and yeah, I know gargoyles have a water spout, and this is technically called a grotesque, but everyone calls them gargoyles, and I'm sticking with that-- is cool and sinister, even with that doofy skull. The other has that sassy Grim Reaper apparently mocking your ass, since he knows you're all gonna wind up underneath one of these sooner or later. What a douchebag. 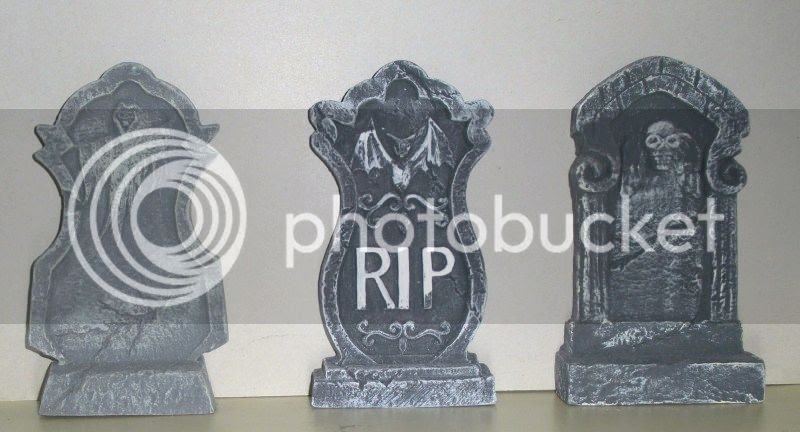 These three aren't quite as interesting as the others, but they're good enough on their own merits. The middle one is my favorite out of these three. They all have some nice detail though, and they're worth a dollar, anyway. I'll probably be adding a couple more before the month is over; only time will tell.

Email ThisBlogThis!Share to TwitterShare to FacebookShare to Pinterest
Labels: 31 Days of Halloween, decorations