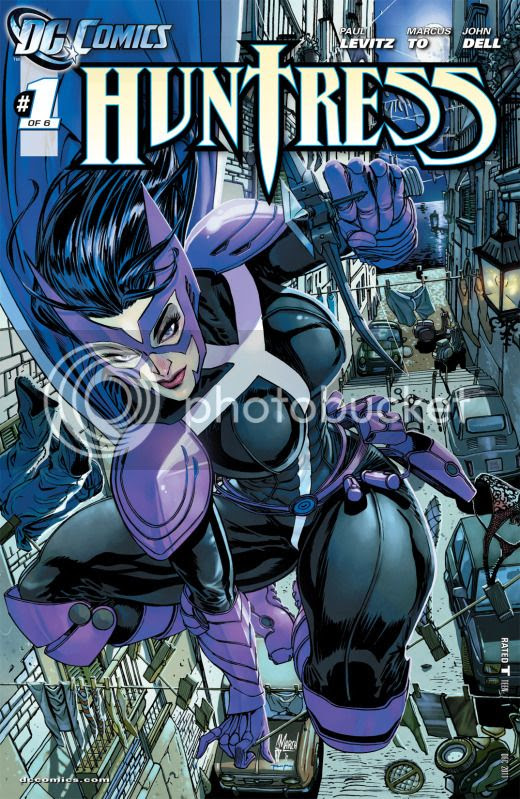 The DC relaunch isn't just about those shiny new 52 series, as there are several more series launching this month. The first two are rooted in the Batman line, with the long-awaited The Shade maxi-series launching later in the month! You can bet your sweet ass I'll be reviewing that one when the time comes! For now, let's dive into these two!
The Huntress #1
Written by Paul Levitz, Pencilled by Marcus To, Inked by John Dell
First off, let me get this out: Thank Grodd they finally got rid of that horrific Jim Lee-designed stripper outfit the Huntress had been wearing for most of the past 6 years or so! She had also worn a slightly modified, far less ridiculous costume for part of her tenure in Birds of Prey, and the costume she's wearing in this series is much closer to that one.

Now that's out of the way. This new series is written by the Huntress's creator, Paul Levitz. As conceived back in the '70s, the Huntress was Helena Wayne, the daughter of Batman and Catwoman on Earth 2, one of many Earths in the multiverse. After DC streamlined its continuity and got rid of all but one earth-- temporarily, as it turned out-- she became Helena Bertinelli, the vengeful daughter of a former mafia boss who was murdered. This is apparently the same version of the character who exists in the new DCU, and that suits me just fine. (Anyway, for the Earth 2 Huntress fans, there's no reason that version can't still exist in the new Earth 2. This series just doesn't take place on Earth 2.) This issue is mostly setup, as Helena travels to Italy on the trail of large shipments of guns that are being smuggled into Gotham. She aims to cut them off at the source. She stumbles across a nastier aspect of the smuggling business as well, and gains the attention of the appropriately sleazy villain.
Levitz does a good job with the story, keeping things interesting, even though he's really only setting up the next five issues here. Marcus To's art is quite good overall, and there are some very interesting layouts here and there.This series is just revving up, and I intend to stick around for the ride.
My score: 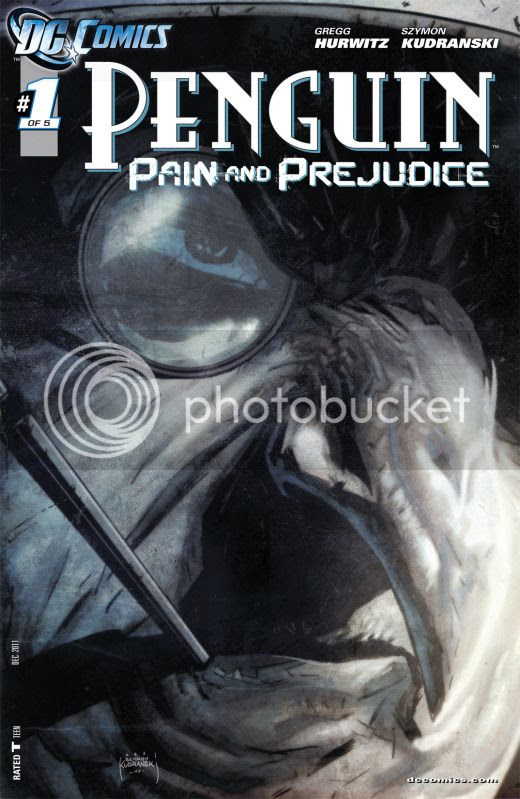 Penguin: Pain and Prejudice #1
Written by Gregg Hurwitz, Art by Szymon Kudranski
It's been quite some time since Oswald Cobblepot had his own series/special/one shot/what have you, and it seems Hurwitz is certainly going to make this one worthwhile. Penguin's origin is retold, and longtime readers have seen much of it before. However, it's all in the presentation, and even the bits we've seen before are nicely fleshed out. There was one moment where a couple of characters seemed incredibly obtuse-- you'll probably know what scene I'm talking about when you get to it-- but it was incidental to the main plot, and doesn't hurt the comic. It just pulled me out of it for a moment.
Kudranski's art is dark and foreboding, and utterly appropriate for this tale. The posture and facial expressions of his characters are excellent, and his art provides very good storytelling all around. His rendition of Batman, in particular, reminds me of Lee Bermejo, and that's high praise indeed. This is a very nice debut issue, and I'm looking forward a great deal to the rest of this series.
My score: 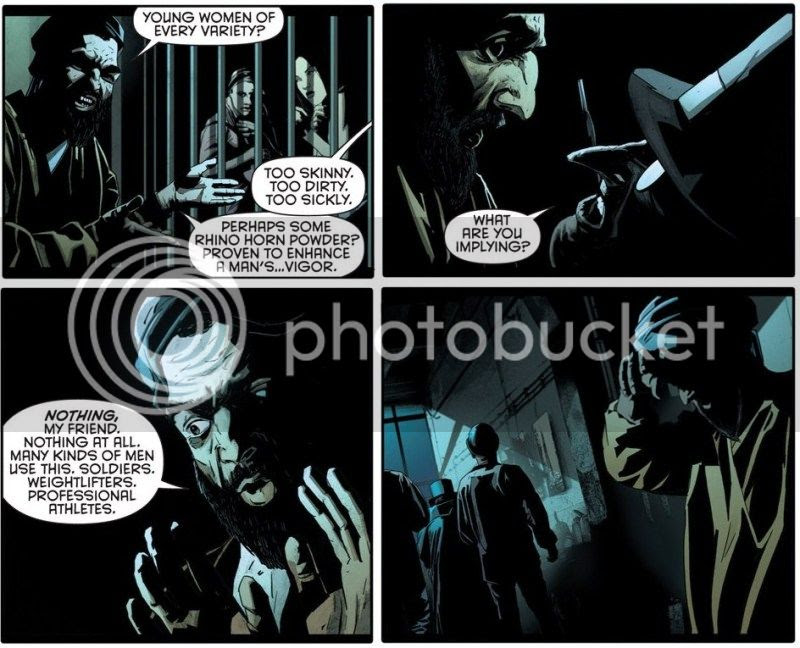