It's another week of sophomore issues from the New 52, and awaaaaaaay we go! 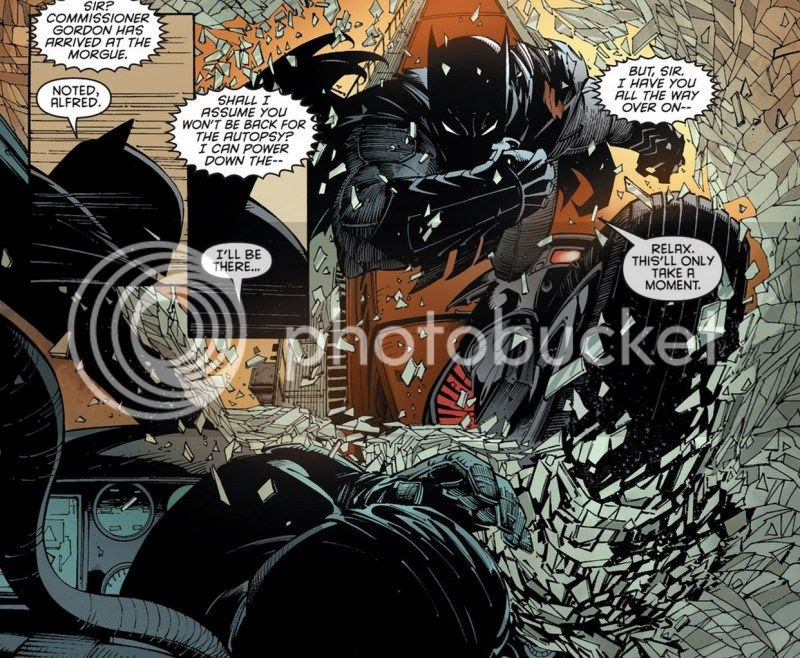 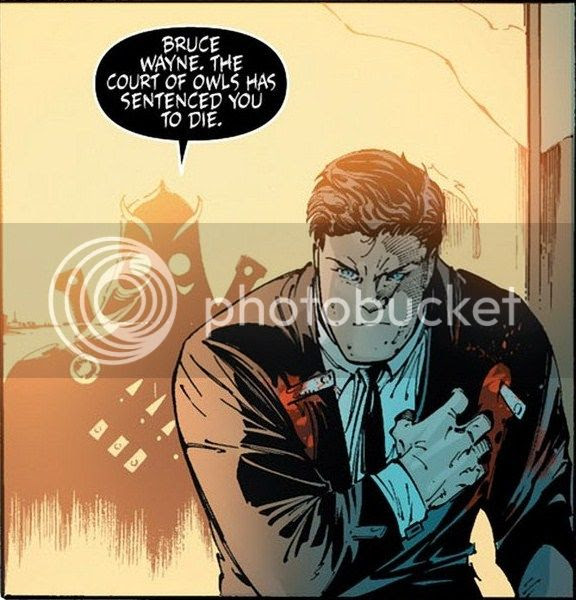 Batman #2
Written by Scott Snyder, Pencilled by Greg Capullo, Inked by Jonathan Glapion
This issue maintains the momentum established in the debut, as the mystery surrounding the Court of Owls deepens. We also have a rare occurrence of Batman being dead wrong about something that is very important, and the feeling is disconcerting. Naturally, the Dark Knight always triumphs, but this definitely looks like a situation where things are going to get much worse before they get better. Snyder's pacing and characterization is flawless, and Capullo's art is better than in the debut. His art seems to be getting better as he gets more comfortable with the characters, and when Nightwing shows up, he doesn't look like he's 16 years old anymore, thankfully. This remains one of the very best comics on the stands, and I can't wait to see what Snyder has coming for us next.
My score: 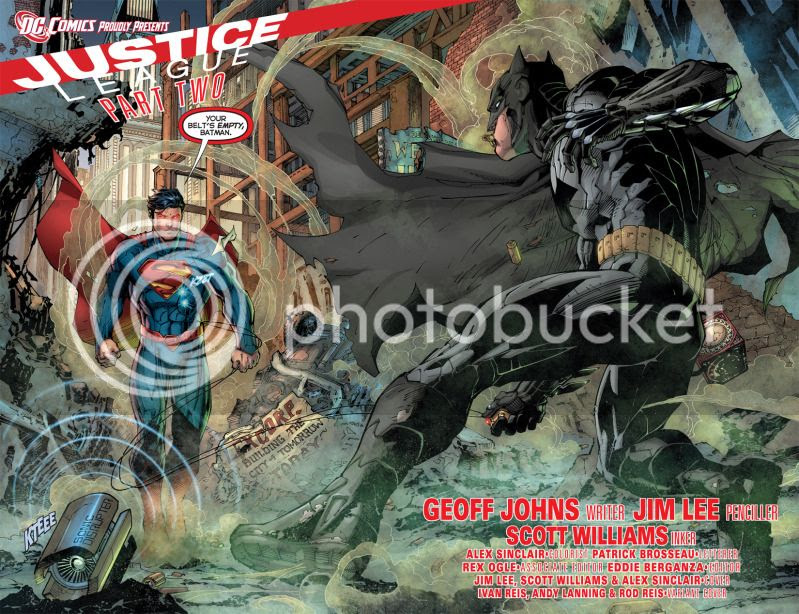 Justice League #2
Written by Geoff Johns, Pencilled by Jim Lee, Inked by Scott Williams
Another hero joins the fray, as the Flash tries to help Batman and Green Lantern subdue Superman. Obviously, things eventually calm down as Superman realizes they're unrelated to the battle he had fought before they arrived, and they attempt to investigate the mysterious box. This issue isn't as breezy and light as the first, but the focus is still on widescreen action, not that that's a bad thing. Where Batman is the three-course meal of comics, Justice League is the Snickers bar: it's just empty calories, but it's a lot of fun devouring it.
My score: 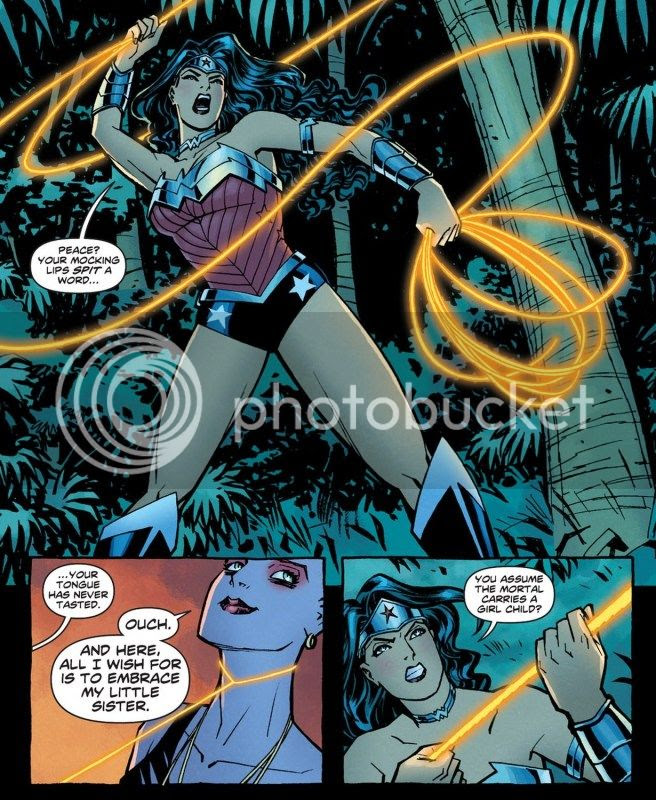 Wonder Woman #2
Written by Brian Azzarello, Art by Cliff Chiang
More gods enter the picture as Diana takes her new companions to Paradise Island. Hera dispatches her daughter Strife to take a direct hand in things, leading to a cliffhanger that, unfortunately, has already been spoiled by DC's hype machine. This is a strong issue, although not quite as good as the debut. Azzarello is weaving a compelling tale, and Chiang's art is gorgeous. It's very nice to see Wonder Woman in such great hands for the first time in a long time.
My score: 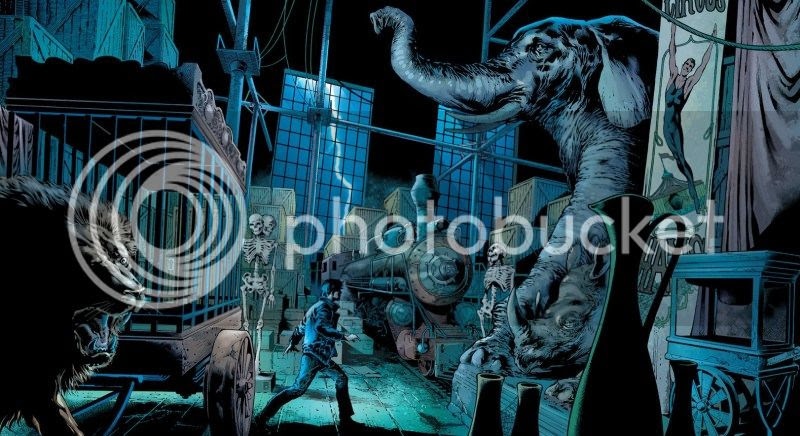 Nightwing #2
Written by Kyle Higgins, Pencilled by Eddy Barrows, Inked by J. P. Mayer & Paulo Siquiera
Dick is forced to let his attacker slip away, and then is summoned to see My. Haly, the owner of the circus in which he spent most of his childhood. When the mysterious attacker resurfaces, we get a tantalizing hint regarding what the attacks are all about, but the issue ends before we get any real answers. This issue is an improvement over the debut, and the art is very nice indeed. This title hasn't reached the heights of the Dixon-penned issues of Nightwing's previous ongoing series, but it's not too far off. If things continue to improve, it may well get there before too long.
My score: 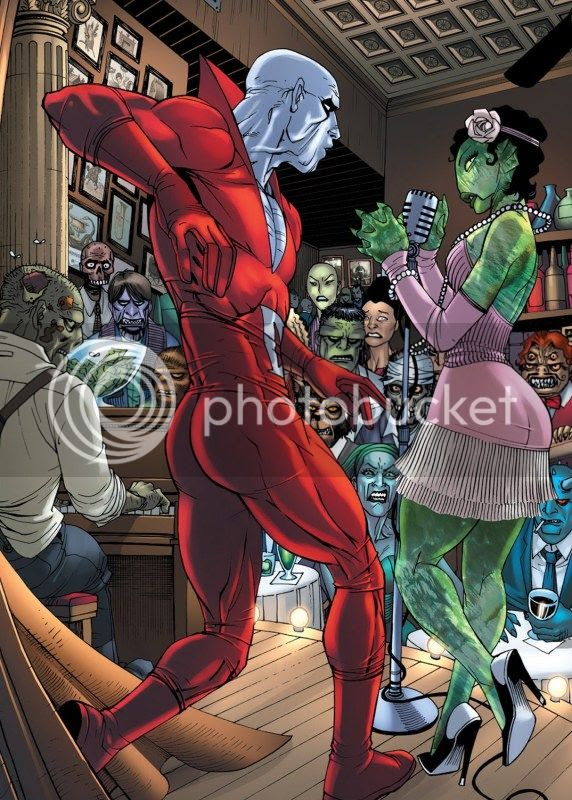 DC Universe Presents #2
Written by Paul Jenkins, Art by Bernard Chang
Deadman's ploy to summon the goddess responsible for his plight succeeds, but gets him none of the answers he seeks. She is clearly not giving him the truth, so he takes matters into his own hands and breaks into a club that caters to the supernatural. This takes up most of the issue, and it's an enjoyable romp  that is ably illustrated by Chang. This is one of the New 52 series that no one seems to be talking about, and it's a shame. This is a high quality book that deserves a bigger audience.
My score: 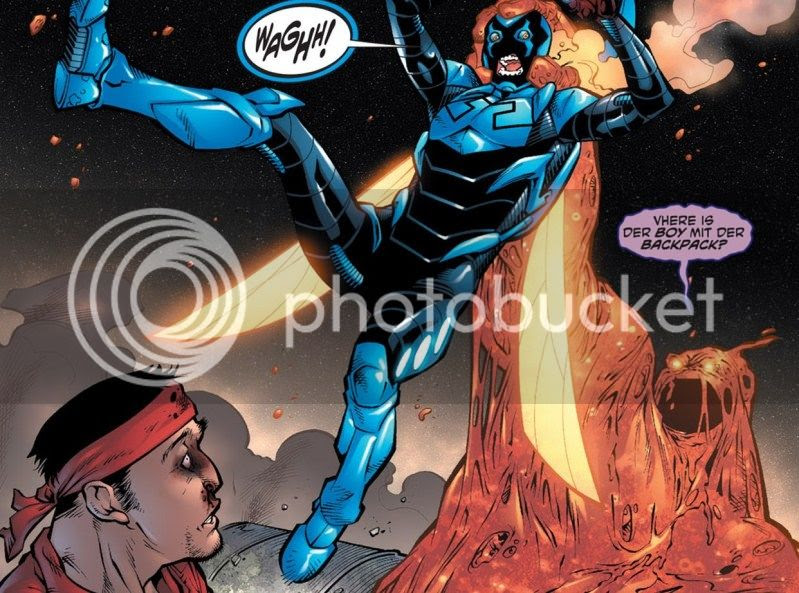 Blue Beetle #2
Written by Tony Bedard, Pencilled by Ig Guara, Inked by Ruy Jose
Things go to hell even worse than we left them last issue, as the scarab bonds with Jaime and tries to use him to dispatch the various supervillains with lethal force. Even worse, once the scarab comes back online, the aliens responsible for it notice, and they set a course for Earth. This is a fun issue, and things look to get even more interesting from here.
My score:

That's it for today, but come back tomorrow, when we'll be looking at Green Lantern Corps, Catwoman, Supergirl, Birds of Prey, and Captain Atom!
Posted by Waylon Piercy at 4:36 PM