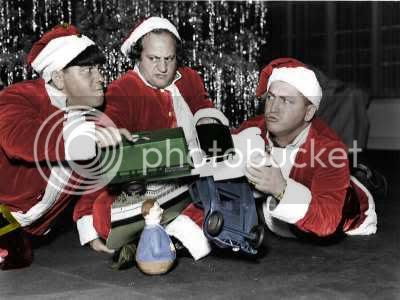 Hope you all have a great time celebrating the day in whatever way you plan to. (And if you're not Christian, best wishes to you anyway! I'm not one either!)
As for me, I'll be having a nice big Xmas dinner with my family, then having another with my girlfriend and her parents at her parents' house. :D Everyone feel free to post about your day, and what gifts you gave and received! I'll likely be updating this post a little later with mine.
Posted by Waylon Piercy at 12:57 AM No comments:

Music Musing: We Wish You a Metal Xmas

Welcome to Music Musing(I do so love my alliteration!), a feature of no particular regularity in which I'll present my thoughts revolving around something music-related. Today, we're looking at a great Christmas album that I must confess I had forgotten about, until my girlfriend brought it to my attention again a few weeks ago. Boasting a roster of some of the greatest metal musicians of all time, it's We Wish You a Metal XMas and a Headbanging New Year! 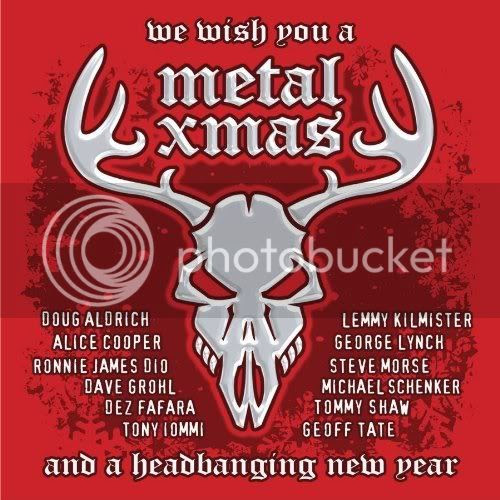 You could be forgiven for dismissing this as a mere novelty album at first glance, but look at the names of the people involved! Alice Cooper! Dave Grohl!  Lemmy! Billy Gibbons! DIO!!! Hot damn, with a talent roster like that, this is definitely worth a listen! And make no mistake, this album kicks ass. Obviously, anytime Dio is involved with a project, he'll be a standout. He's awesome, that's just how these things go. His track, God Rest Ye Merry Gentlemen, is my favorite on the entire album. All the musicians do a good job on the album, but Dio covers this song that's really outside the realm of what he's known for, and just totally owns it like no one else on the entire album does. On my second listen, an idea went off in my mind like a bomb.

Dio should have done a gospel album.

I'm completely serious here. Just listen to him belt out this Christmas song and see if you don't agree that he could totally own on a gospel album. I can't get the idea out of my head now, I've had the few gospel songs I know circulating in my mind ever since, rendered as only Dio could do it. It seems like such a gigantic missed opportunity.

I know I may sound a little goofy at this point, but that doesn't really bother me. I've never been a big listener of gospel music, but for whatever reason, the idea of a Dio gospel album seems inconceivably awesome to me. I'll deal with it, everything's cool. I just had to share this idea once it occurred to me. Whether you agree with me or you think I'm a lunatic, give this album a shot. It's a lot of fun, and the Dio track is just too awesome for its own good!

It was thirty years ago today that John Lennon was murdered in front of his apartment in New York City. I can think of no better tribute than to listen to some of his wonderful music today, whether from his time in the Beatles, with his wife Yoko Ono, or his solo work. I know I'll be giving his Imagine album another listen, at the very least. 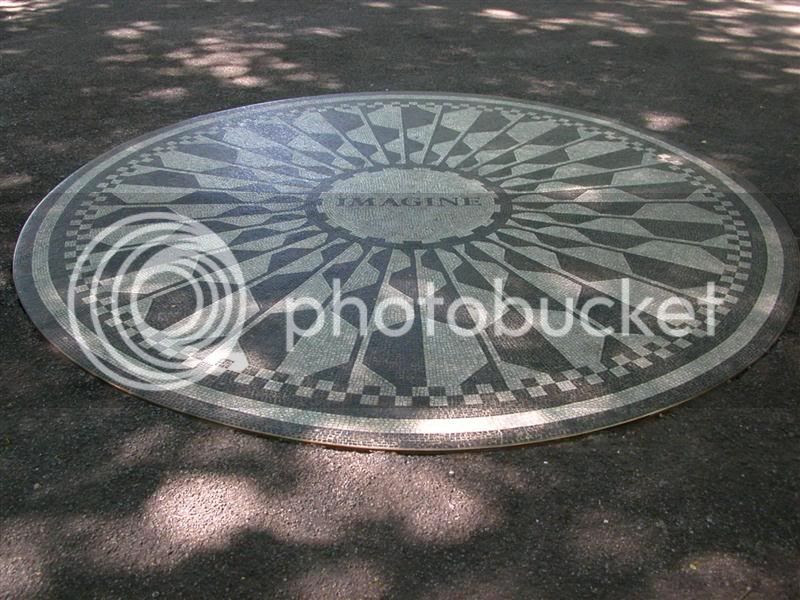 Posted by Waylon Piercy at 2:14 PM No comments: