Back again with the two new miniseries which launched this week. Let's get rollin'! 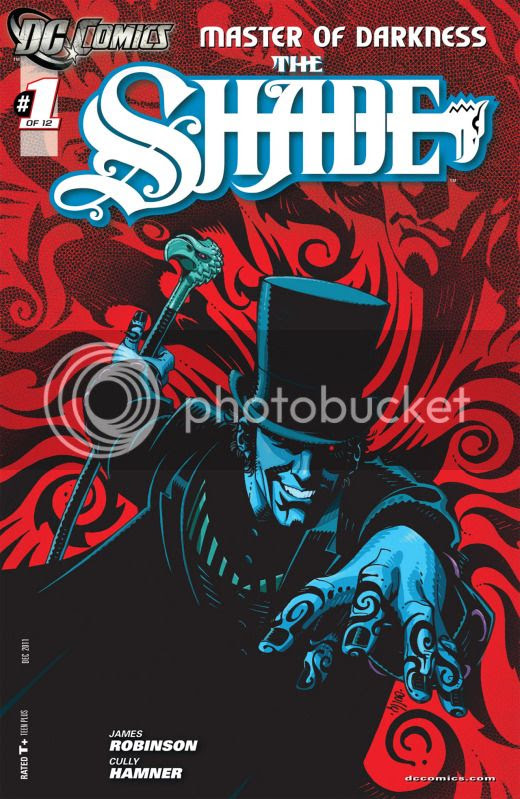 The Shade #1
Written by James Robinson, Art by Cully Hamner
This one has been a looooong time coming. Before Robinson's magnificent Starman Series had even ended over a decade ago, he made it clear that he intended to tell us the Shade's full origin eventually. (There is also the matter of the tale of Jack Knight's trip to Japan, but that's another story altogether. We haven't forgotten about that one either, though!) It's taken a long time to finally happen, but now it's finally here!

Let's get this straight right away: this is not a book for new readers. If you haven't read Robinson's Starman series, this is not the place to begin. (And if you haven't read that series, you really should. It's one of the finest superhero comics ever published.) Fans of these characters will be delighted, however. The Shade has grown a little too complacent, a fact that is pointed out several times in the issue. We check in with a few supporting characters, including Mikaal Tomas and Hope O'Daire, and a subplot is brewing that involves Shade acquaintance William Von Hammer. The art will be handled by a different artist each issue, and Hamner's art here is the usual very nice and crisp work we've come to expect from him. This issue is mostly setup, but it's filled with the promise of great things to come.
My score: 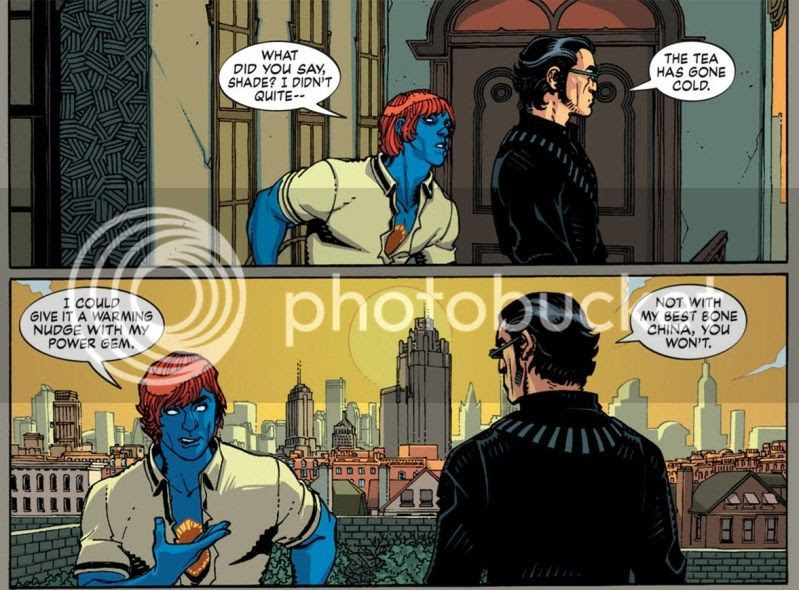 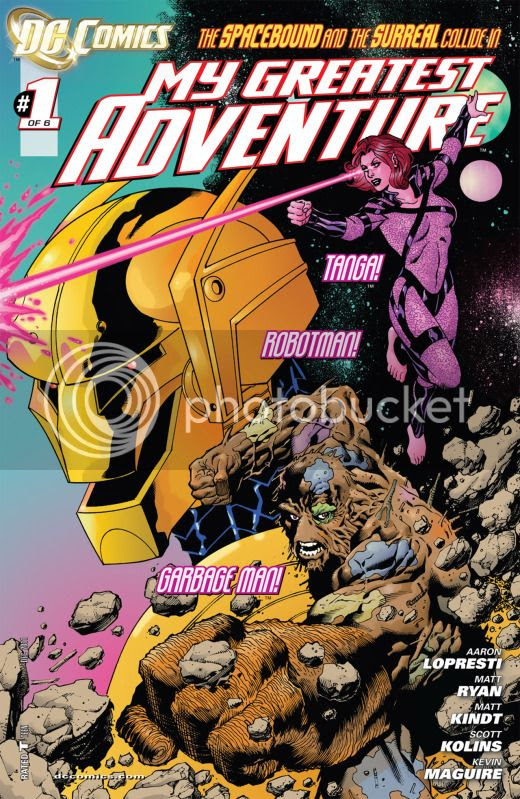 My Greatest Adventure #1
Written by Matt Kindt, Art by Scott Kolins(Robotman); Written & Drawn by Aaron Lopresti(Garbageman); Written & Drawn by Kevin Maguire (Tanga)
The first story in this anthology is a reboot of Robotman. Apparently no longer affiliated with the often-rebooted Doom Patrol, Robotman is a sort of adventurer-for-hire... and he seems to have a bit of a death wish.  With only 11 pages to tell their story, Kindt & Kolins do a good job of establishing exactly who Robotman is, familiarizing us with his new status quo, sending him off on his next adventure, and leaving us with a nice cliffhanger. Very nice, economical work. This story shows some serious promise. 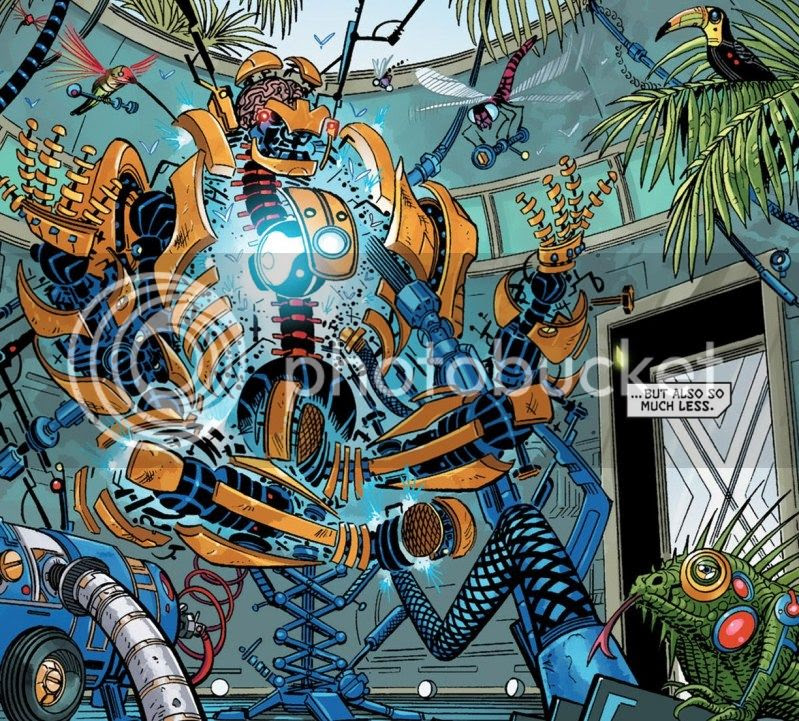 The story starring Garbageman didn't grab me at all. I didn't read the previous anthology that introduced the character, and it seems to continue from there with very little to get new readers caught up on events. So, nothing that happens really means anything to me, and it's not interesting enough on its own to make me care.   At this point, Garbageman just comes off as a poor man's Swamp Thing. 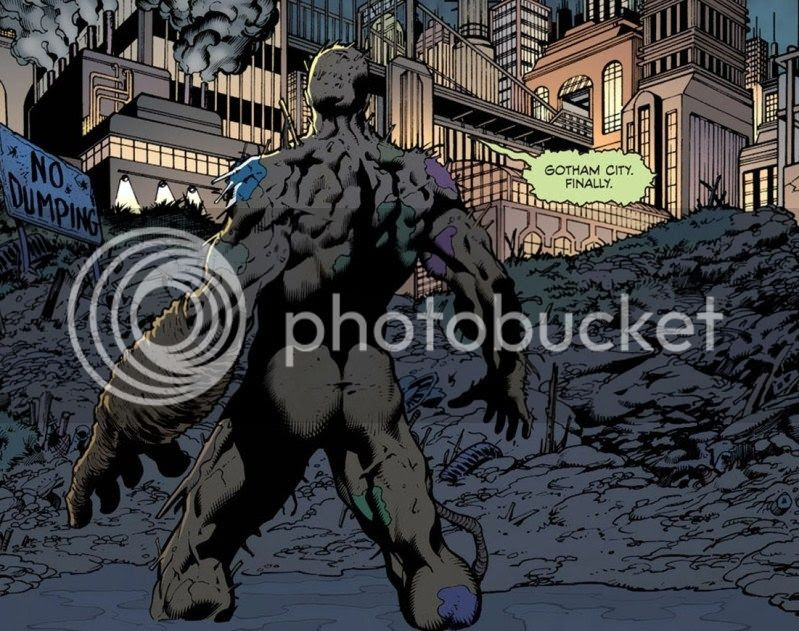 Much like Garbageman, the Tanga story makes no attempt to inform new readers of exactly what the hell is going on. Unlike the Garbageman story, some of what happens here is interesting enough that I may check out some back issues to get caught up. Maguire's always-gorgeous art certainly doesn't hurt. 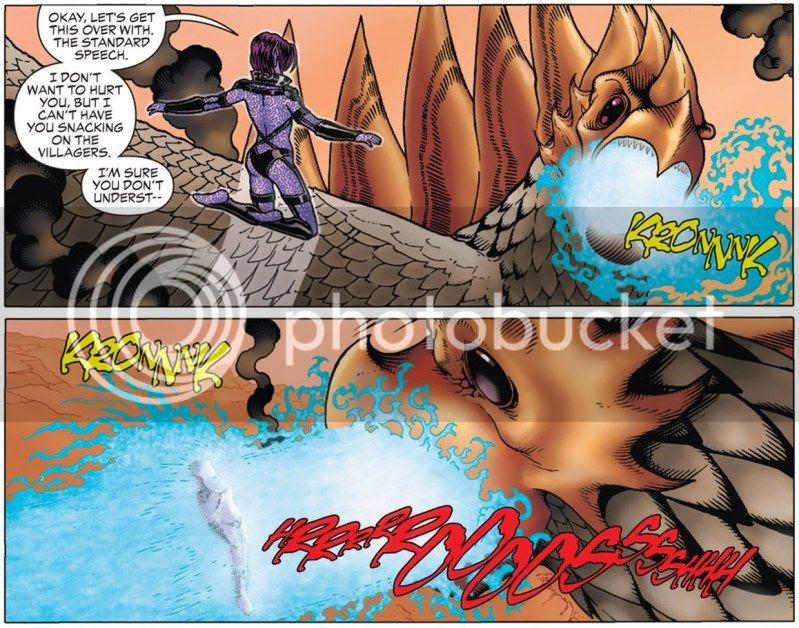 Overall, as with most anthologies, this is a mixed bag. I enjoyed the Robotman story a good bit, the Tanga story is mildly interesting, but I don't care for Garbageman at all. At this point, I'm really not sure if I'll bother with the next issue or not.
My score:

That does it for today, at least, as far as comics are concerned. There will be another 31 Days of Halloween post in a couple of hours though, so don't forget to swing back by for that!
Posted by Waylon Piercy at 11:00 AM