If you missed yesterday's reviews, you can catch up right here. Let's roll! 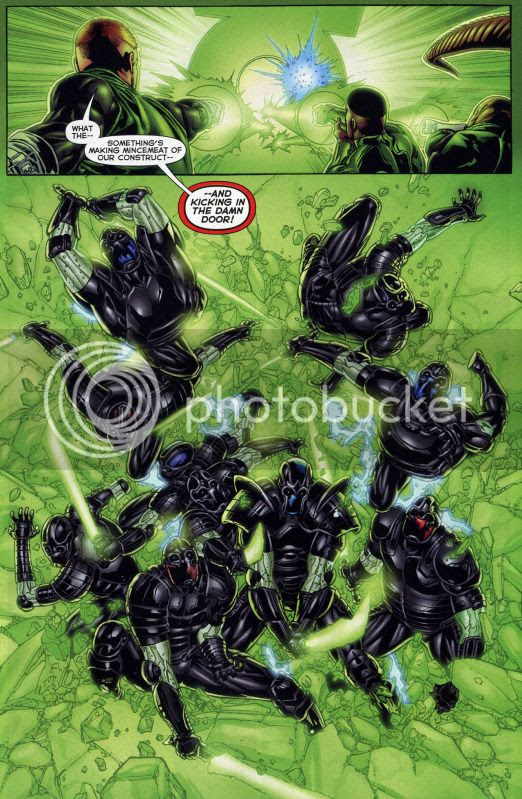 Green Lantern Corps #2
Written by Peter Tomasi, Pencilled by Fernando Pasarin, Inked by Scott Hanna
Things pick up where we left off last issue, with an entire world slaughtered, and several Lanterns with them. Guy, John, and company get a chance to bury their dead, and from there, it's all-out action. Another world is attacked by the same enemies, and they seem to be immune to the GL's constructs. The Lanterns manage to stop the attackers, but not without a price, and the apparent victory is only temporary. This is a relentless issue that has me very interested to see where things are going. It's very easy for the other Lantern books to get overshadowed by the lead series, but this one is definitely deserving of the same level of attention.
My score: 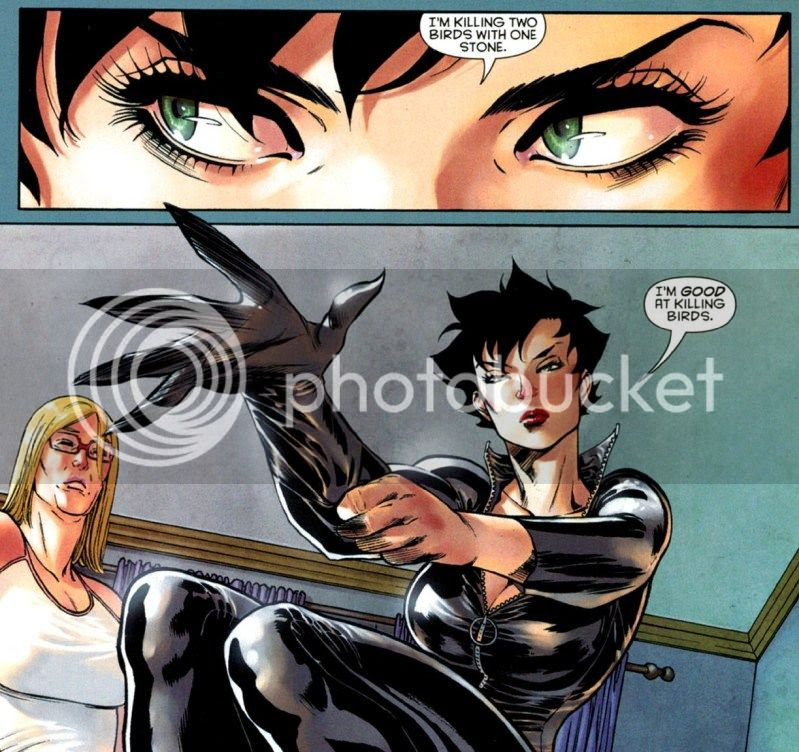 Catwoman #2
Written by Judd Winick, Art by Guillem March
The scene that caused the big stink last month is continued in the first few pages of this issue. From there, Selina is off to set her scheme into motion, and have a bit of revenge as well. Unfortunately, the same people who blew up her apartment last month are still looking for her. We also get to spend some quality time watching Bruce Wayne play his drunken billionaire asshole bit to the hilt. If you liked the debut issue, you'll enjoy this one. If you're one of the people who got honked off about it, this one won't change your mind. I think it's a lot of fun, though.
My score: 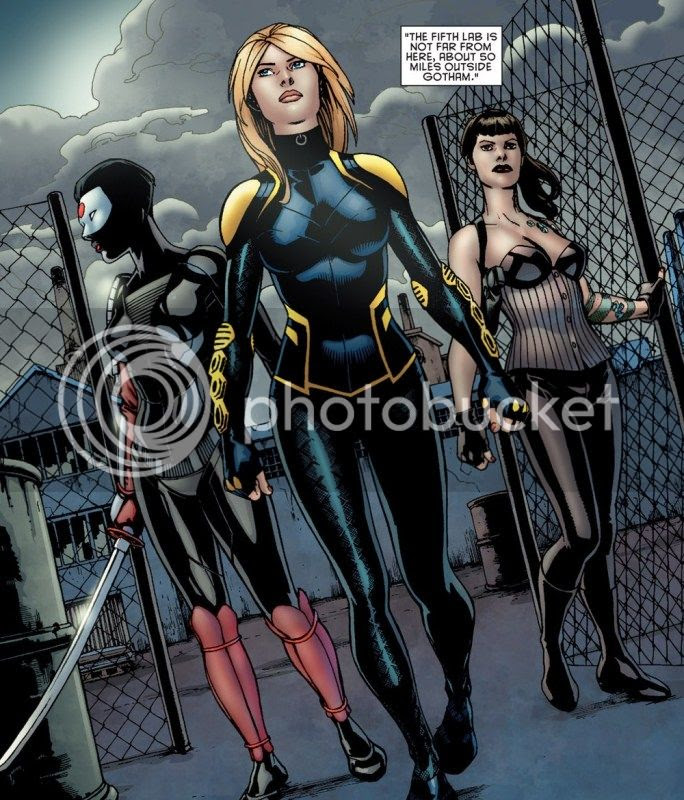 Birds of Prey #2
Written by Duane Swierczynski, Art by Jesus Saiz
The debut issue of this series did not wow me, and this one doesn't, either. However, it is a good deal better than the last issue. Two more operatives join the team in this issue, and the mystery is deepening and growing a bit more interesting. The book still seems a little too light, though. This book is still on the fence with me, but its position is a little better than it was last month.
My score: 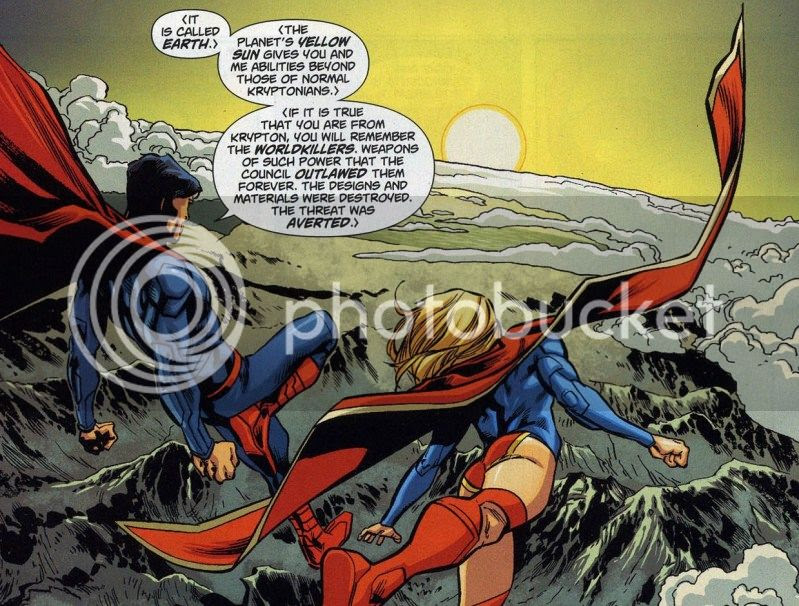 Supergirl #2
Written by Michael Green & Mike Johnson, Pencilled by Mahmud Asrar, Inked by Dan Green
Picking up from last issue, Kara and Kal have a talk... eventually. First, they fight. A lot. It's actually understandable, as the issue makes sure to fill us in on exactly why Kara is so confused and irritable, and why Superman's claims that he is her cousin Kal seem like brazen lies to her. The armored soldiers from last issue remove something from the ship that brought Kara to Earth, and then depart. Even though much of this issue is just a big fight, this is a solid series with potential to become quite good.
My score: 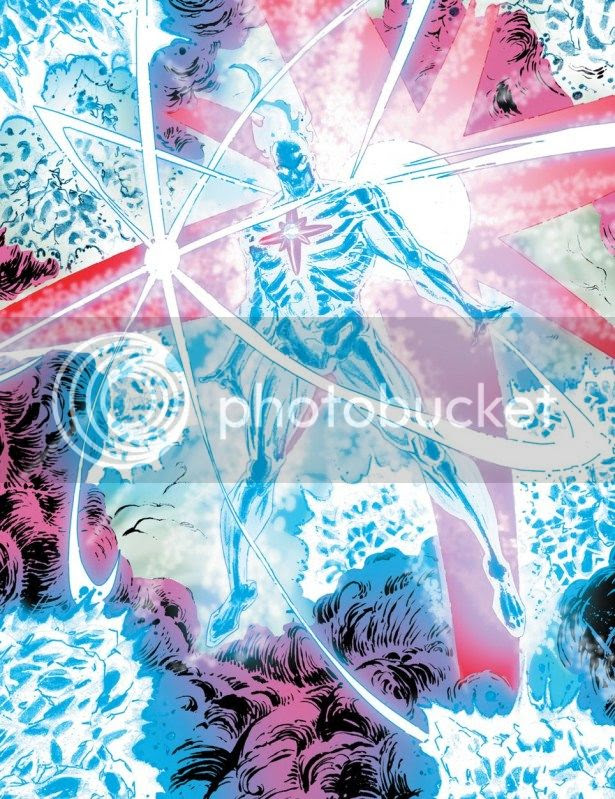 Captain Atom #2
Written by J. T. Krul, Art by Freddie Williams II
In the aftermath of last issue's earthquake, Captain Atom is bombarded by all sorts of transmissions, temporarily overwhelming him. Retreating to the Continuum, Cap quickly learns to control the flood of information, and one of the transmissions is a video of a small boy dying from a brain tumor. Shifting into an invisible spectrum, Cap goes to the hospital to see if he can remove the tumor. There's also another glimpse of the weird absorbing creature that killed the homeless guy last month, and we get a recap of Cap's origin. This book remains a decent read, and it has some good ideas going. Hopefully it'll shift into a higher gear in the months to come, as it has potential to be something special.
My score:

That's it for this week! Don't forget to creep on back later today, for a special 31 Days of Halloween article for Bela Lugosi's birthday!