Any of you who frequent comic shops or craft stores have probably seen blank vinyl decorations such as these. We ran across these at the craft store Michael's, and naturally, I had to have a few! These were obviously designed with creating monsters in mind, and they're also much cheaper than the more generic blank vinyl figures. I have before & after photos of all except the ones based on the vampire body; I had already started drawing on those before it occurred to me to take photos of them in their natural, blank state. 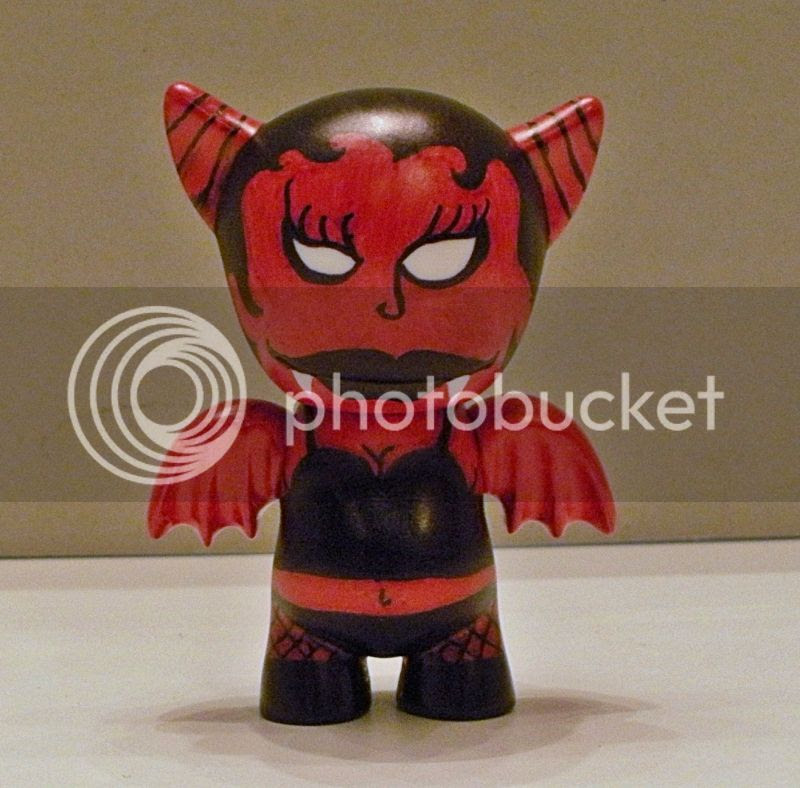 This one was clearly intended to be a vampire, so naturally, my contrary ass had to go in another direction and make it a demon chick instead. She's loosely based on DesDEMONa(get it?), an original character of mine. The idea of one of these cutesy little figures having a lace-up corset, thigh-high boots, and fishnets just cracks me up. Maybe that says something about my state of mind... 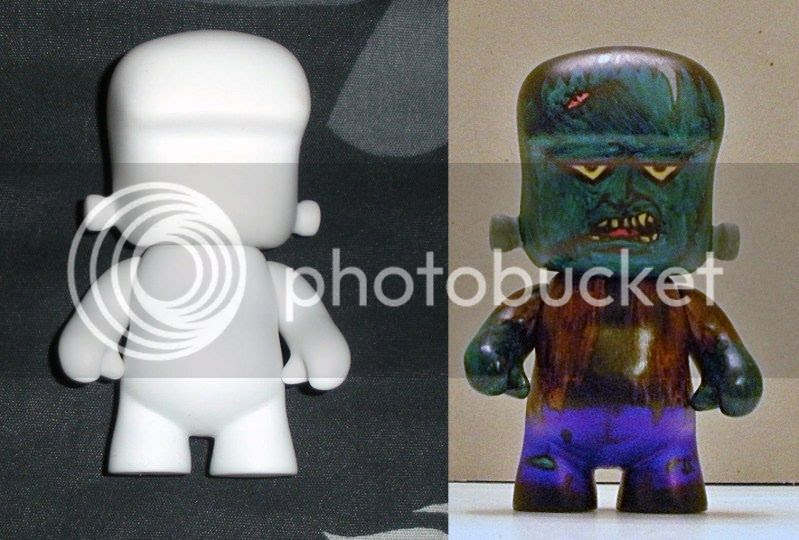 It was unclear what this one was supposed to be, but I took a shot in the dark and tried turning it into a Frankenstein Monster. Lo and behold, it worked! The green wound up being much darker than expected, so unfortunately, it obscures a lot of the detail I drew on this fella. The green and brown did not respond well to the vinyl surface either, and every little stroke shows. I've got an extra, so I'll try it again at some point, with some different materials, and hopefully have better results. 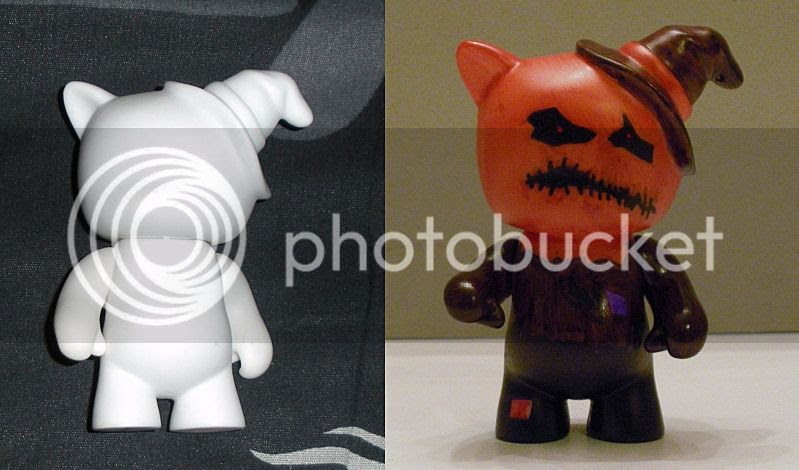 This one seemed designed with a witch in mind, but I decided to make a scarecrow instead. I still want to find something that looks like old rope that is in scale with him to wrap around him, as well as a small scythe. I think he looks pretty cool in the meantime, though. 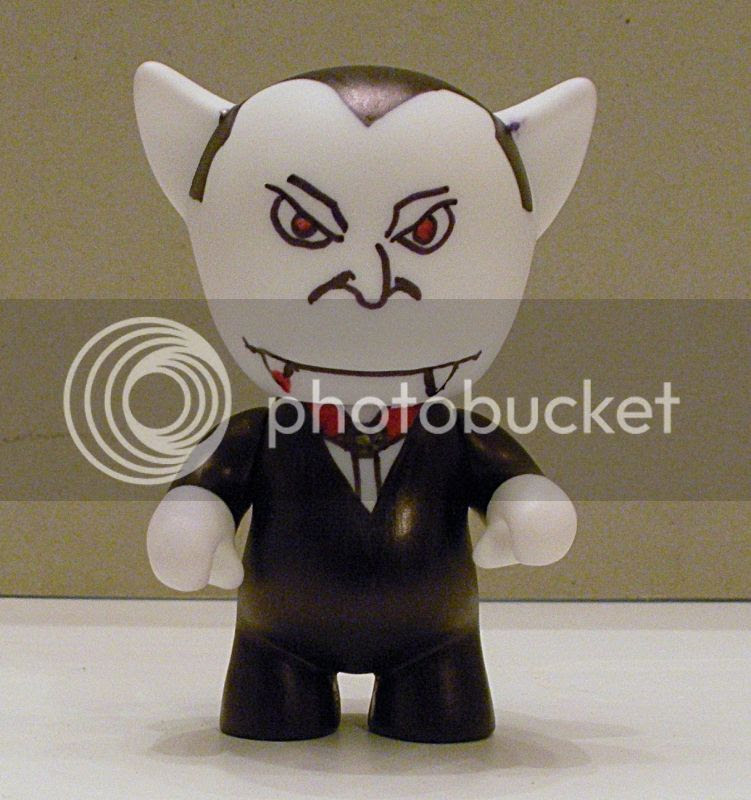 Last but certainly not least, we have Dracula. My girlfriend made him a cape, since I'm utterly useless when it comes to working with fabric(yes, even something as simple as cutting out a cape; I can't seem to keep it even and symmetrical). I simply forgot to put it on him for the photo. It didn't even occur to me to deviate from the Lugosi model, but it would be a fun exercise to do another version of Dracula at some point, assuming I can get my hands on another of these.

That's it for today! Everyone have a great weekend, and Cthulhu bless.
Posted by Waylon Piercy at 1:30 PM