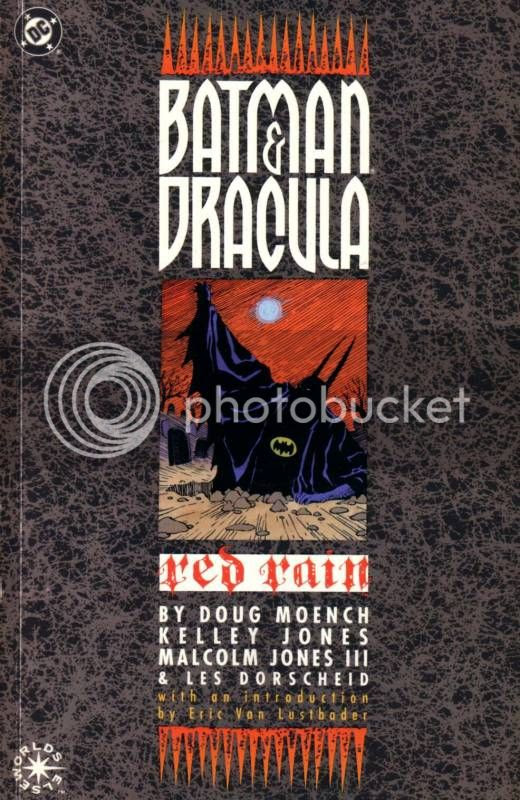 During the 1990s, writer Doug Moench, Penciller Kelley Jones, and inkers Malcom Jones III and John Beatty produced a series of graphic novels that have proved to be among the most popular Batman stories ever. They belonged to DC's Elseworlds line, which takes characters we know and places them in stories that exist outside of the continuity of the main DCU comics. Freed from those constraints, the creators are free to do as they wish, placing characters in stories that could not happen under normal circumstances, and often reinventing the characters from the ground up, retaining little more than their names.

The first of these, Red Rain, shows us what happens when the Batman's turf is encroached upon by Dracula himself. following a tense encounter that nearly leads to Batman's demise at the hands of the vampire lord-- which culminates in Batman using his own blood to hold Dracula at bay in a novel way-- Batman equips himself to deal with such a powerful adversary, as well as his growing spawn. Naturally, the Dark Knight triumphs in the end, destroying the vampire king for all time, but not without a heavy price: as the story ends, Batman has become a vampire himself. 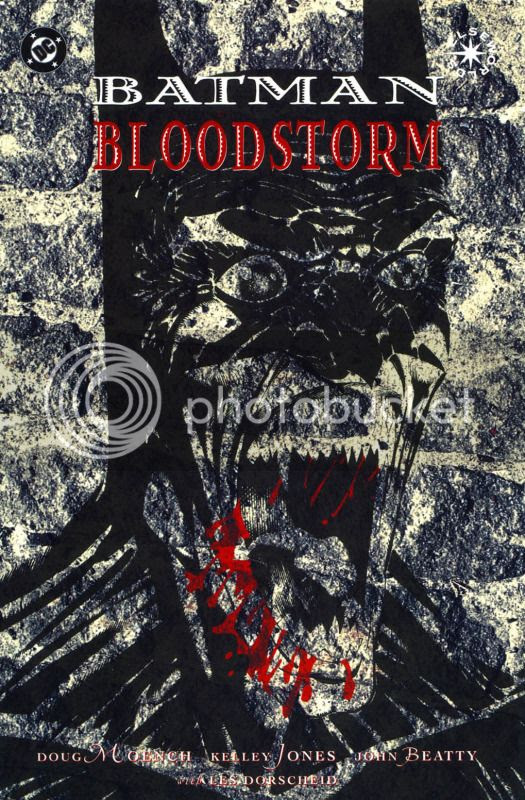 Bloodstorm chronicles Batman's struggle to retain his humanity as his new vampiric nature threatens to obliterate the man he was. Adding a were-cat Selina Kyle and depraved vampiric Joker into the mix only complicates matters further. 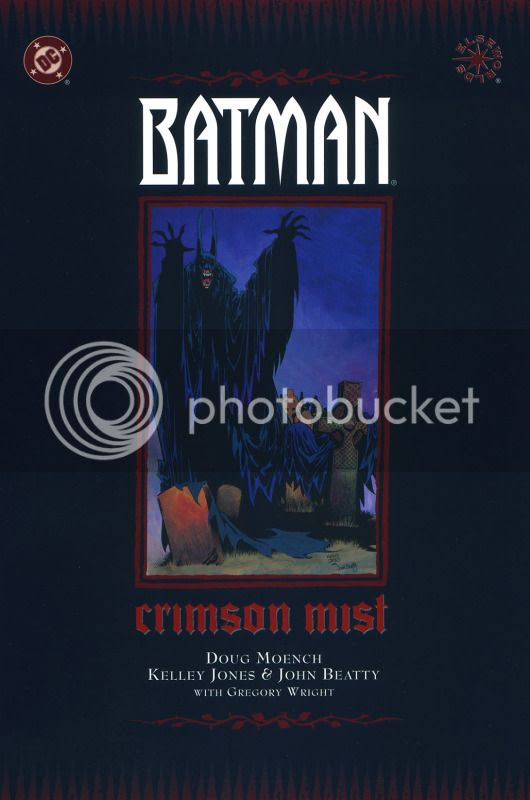 The finale, Crimson Mist, presents us with a Dark Knight who is truly the stuff of nightmares. Driven by the unending craving for human blood, Batman is relentless and brutal in his dealings with his enemies, culminating in one horrific night during which he deals with the denizens of Arkham Asylum with grim finality. Batman's closest friends realize he has become a monster that is beyond saving, and must be stopped at all costs. Armed as best they can manage, they are forced to confront the vampiric Dark Knight in his lair... 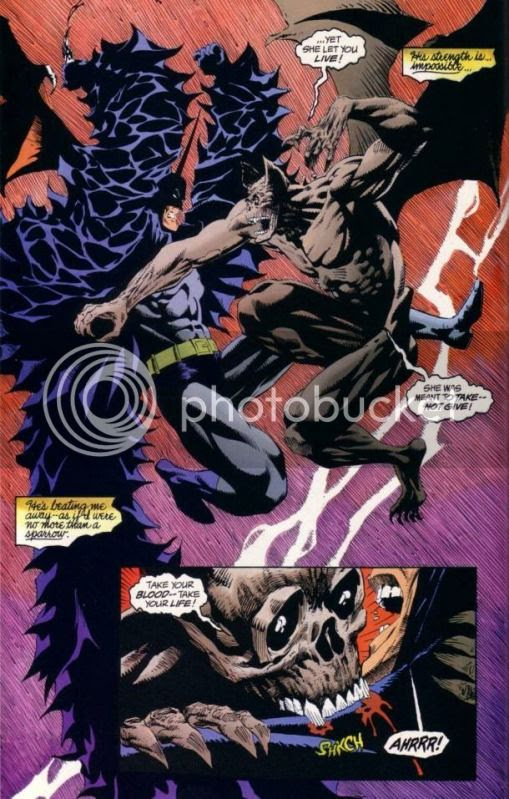 Tossing Batman into a story with vampires seems a natural pairing; indeed, one of the earliest Batman stories involved his battle with a vampiric adversary. These tales take us to some dark places, but it never seems they are being sadistic for the sake of being sadistic; it always serves the story and raises the stakes for the characters. Moench's dialogue is rather clunky at times, but the overall story makes up for any deficiencies in the prose.

Kelley Jones's art is not for everyone, but it is perfectly suited to these stories. Many people focus almost exclusively on how he draws the characters, but his rendering of Gotham City is often ignored. The Gotham he creates here is rather different from what we're accustomed to, although it evokes a similar mood. This is a Gotham with cobblestone streets and an architectural style that is evocative of  19th century London. Much of the credit for the success of these stories must be given to the art team, and Jones's designs of Gotham are a large part of that. His character designs are memorable, including some truly nightmarish versions of classic villains such as the Riddler and the Scarecrow. 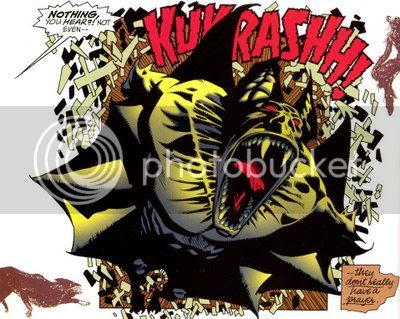 These macabre tales rank among the most beloved Batman stories of the past couple of decades, and they make for some excellent Halloween reading. DC released an awesome all-in-one-volume collection of these three graphic novels a couple of years ago, and it's pretty dang cheap. Check it out! 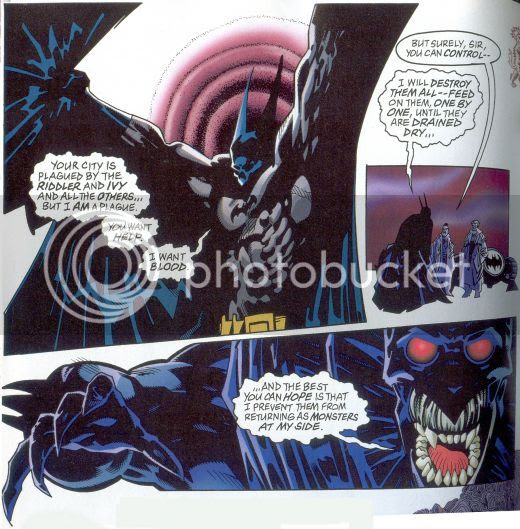