One year ago: The Wolf Man

Let's face facts: Garfield pretty much sucks. That's a harsh reality for a child of the '80s to deal with. The comic strip has become a soulless exercise in mind-numbing routine, utterly devoid any laughs, and on top of that, we've had to endure some truly horrific cinematic abortions. 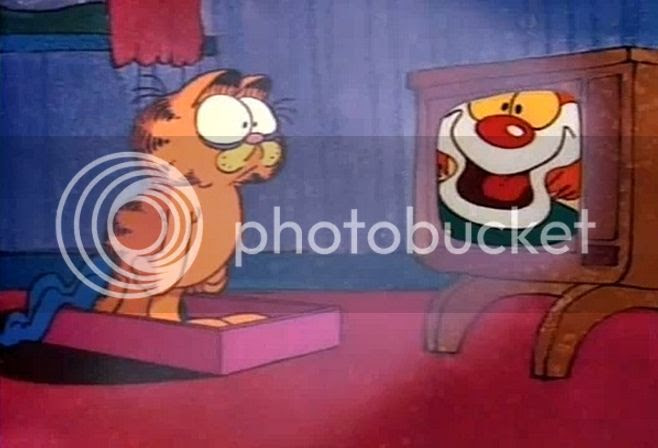 But things weren't always this way. Back in the '80s, Garfield was king. The comic strip was still funny. We got to watch the animated Garfield & Friends every Saturday morning. And we got this Halloween special. 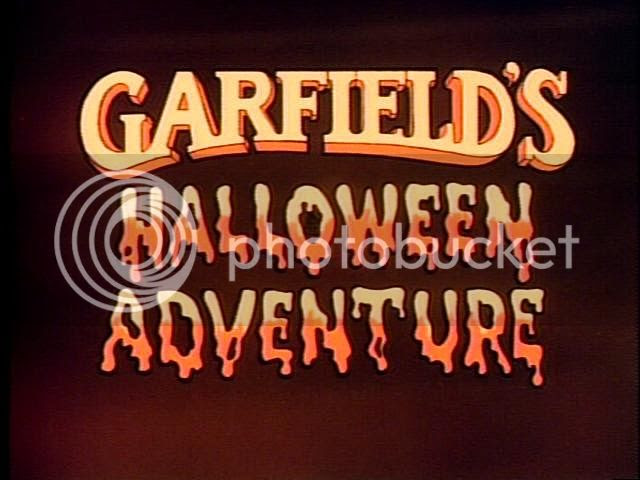 A cavalcade of gluttony, greed, laziness, and annoyingly catchy songs, Garfield's Halloween Adventure is a delightful throwback to the days when the networks actually paid attention to the holiday, instead of merely paying some half-assed lip service to Halloween as they do now. This animated special aired in prime time, and in those days before DVRs, the whole family gathered around the TV to watch it. (Or most of it, anyway; my dad always had the infuriating habit of channel-surfing during commercials, so we'd always miss a couple of minutes when we returned to the show.) 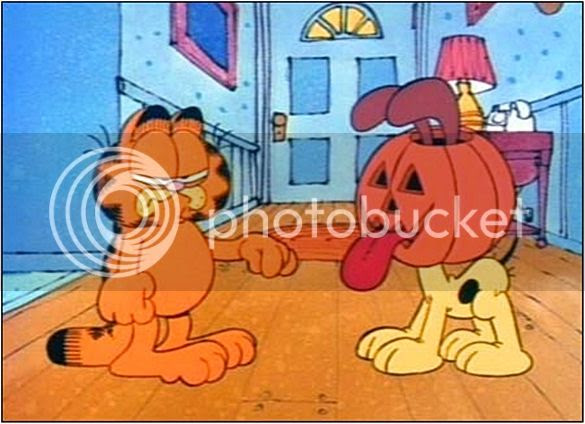 Garfield's hopeless owner Jon and his canine compatriot Odie are filled with the Halloween spirit, while Garfield is excited purely by the potential for some truly epic gluttony(which I guess is actually a big part of the Halloween spirit, actually). After some singing, Garfield and Odie go out on the prowl, where they meet Gargamel, and I'm not kidding, check this out: 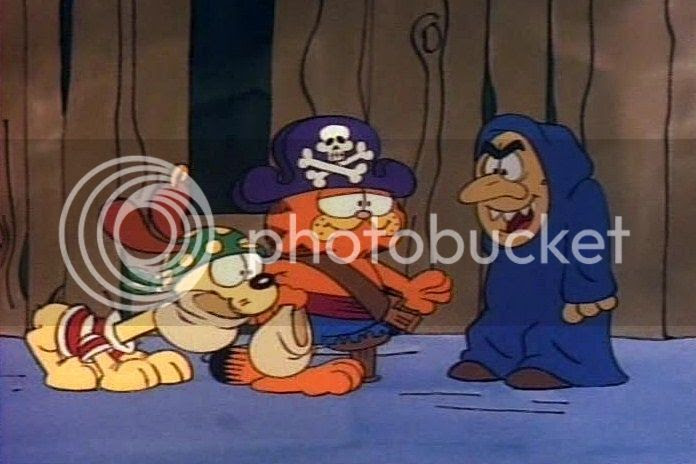 Various hijinks ensue-- sadly, none of them involved crashing Smurf village-- and the two housepets eventually find themselves on a mysterious island. Reluctantly entering the forbidding, run-down house, they encounter one seriously creepy old man who tells them the tale of pirates whose ghosts haunt the island. 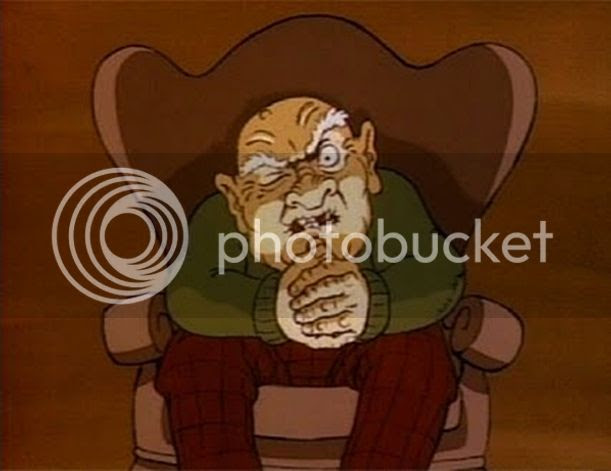 Watching this special for the first time in years is rather an eye-opening experience. I'm always surprised these days to watch an old animated special like this; the pace is so slow, and the show spends so much time goofing around and singing songs that there's barely any time left for the main plot! Speaking of which, faded memories had convinced me that the creepy old man/ghosts on the island plot took up a good portion of the show's time, but they don't even get to the island until the show only has about five minutes left! I'm not pointing these out as if they were flaws, mind you; it's just surprising to revisit an old favorite like this and find how misleading your memories can be. 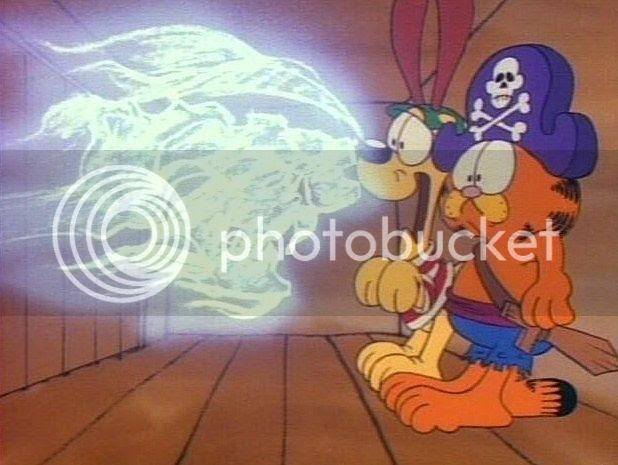 Garfield's Halloween Adventure cannot be be found on DVD currently, unless you want to go for the often-expensive out-of-"print" disc. That release includes the Thanksgiving and Xmas specials as well. Neither of those are as much fun as the Halloween special, but it's a good buy for any child of the '80s. Hopefully, they'll get off their asses and reissue it soon. 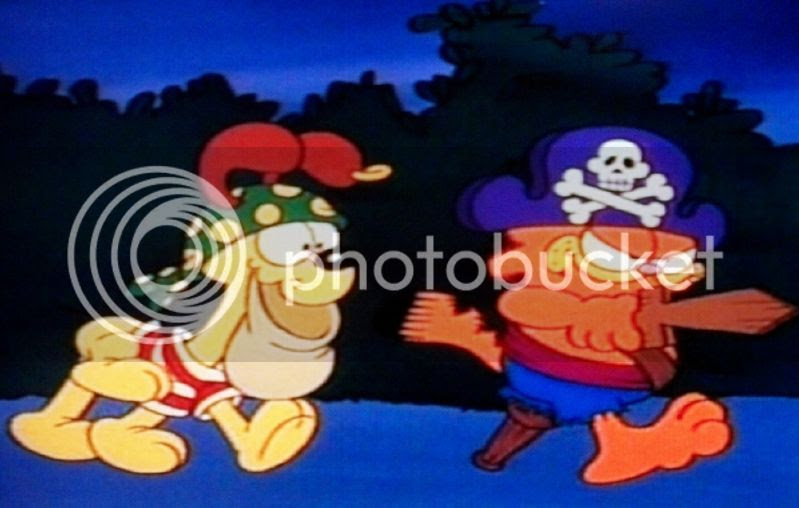 Email ThisBlogThis!Share to TwitterShare to FacebookShare to Pinterest
Labels: 31 Days of Halloween, ghosts