One year ago: House of Frankenstein & House of Dracula

There have been a whole hell of a lot of Dracula movies made. From adaptations of the novel to movies where they just use the name, there is certainly no shortage of Dracula movies to choose from. One nearly forgotten adaptation of the classic novel is this 1973 version written by I Am Legend scribe Richard Matheson, directed by Dark Shadows director Dan Curtis, and starring the truly awesome Jack Palance as Count Dracula. 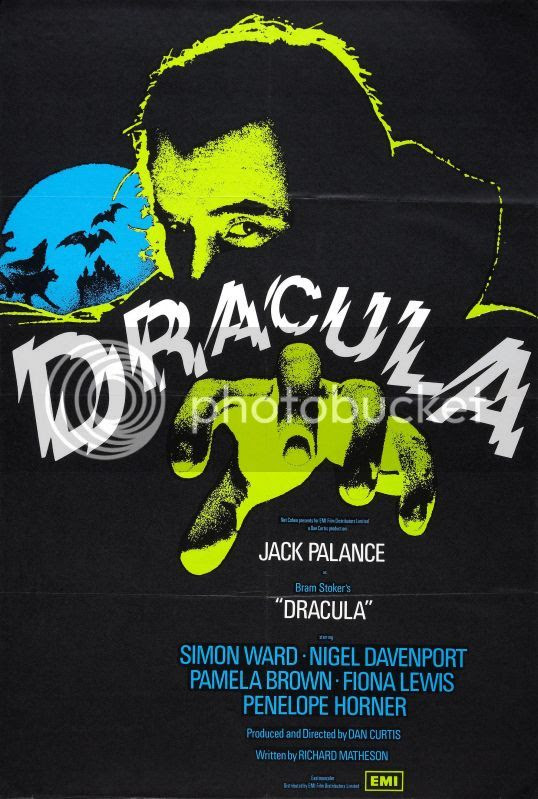 As in the novel, Jonathan Harker (Murray Brown) arrives at Castle Dracula to conduct some business. Dracula has a strong reaction to a photo of Harker's fiancee Mina (Penelope Horner) posing with her friend Lucy(Fiona Lewis). Harker quickly realizes all is not as it seems with the Count and his castle, and goes snooping. He finds the Count's coffin, but one of Dracula's servants knocks him out and throws him into the cellar, where Harker encounters Dracula's vampire brides. The plot loosely follows the novel for a little while longer, with Lucy becoming mysteriously ill after Dracula's now-deserted ship arrives in England. Van Helsing (Nigel Davenport) and Arthur Holmwood (Simon Ward) soon realize they are dealing with a vampire, and set about ferreting him out and destroying the creature once and for all. 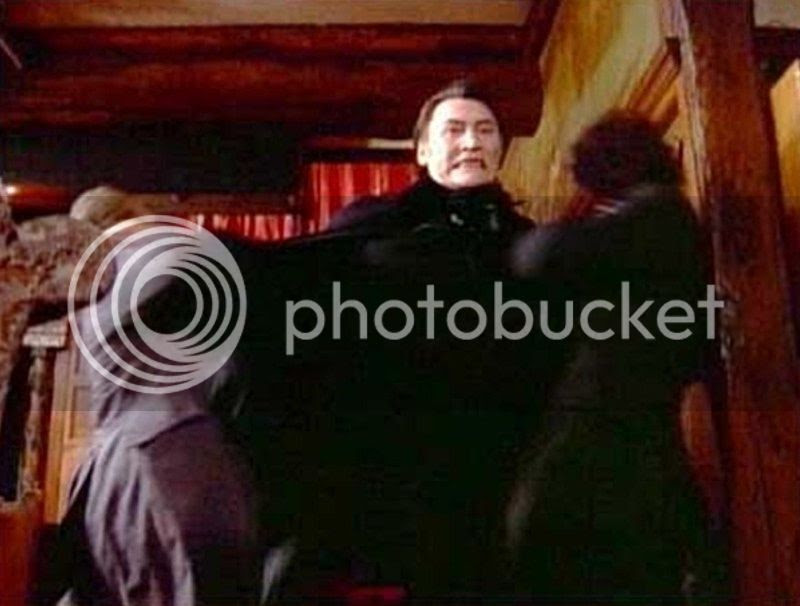 Several aspects of the film may seem incongruous to the very idea of Dracula, but wind up working quite well. Chief among these is Castle Dracula itself. Rather than the usual dark, decaying, monolithic edifice, here we have a castle Dracula that is positively homey. Some of the abandoned rooms, as we see, have more than their share of cobwebs, but the main rooms are well-kept and rather inviting. This makes sense, however, as it keeps Harker from learning what is truly going on until it is too late. In most film adaptations, as well as in the novel itself, Harker is instantly put on alert because of the forbidding nature of the castle itself. Not so in this film. 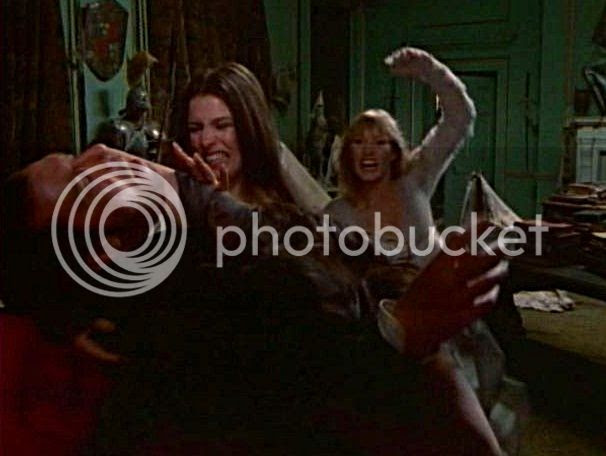 The cast is quite good, with Davenport's Van Helsing impressing the most among the supporting players. Palance is a revelation as Count Dracula, joining the short list of the screen's greatest vampires. He gives a nuanced and dignified performance that adds a touch of humanity to the Count that he usually lacks. When Dracula or his object of obsession is threatened, Palance unleashes a fury that makes us truly believe that he is capable of destroying his enemies with his bare hands, if need be. Sadly, the film never seems to air on TV, and is nearly forgotten today. The DVD is dirt cheap though, and Palance's performance alone makes it well worth your time and money.
Posted by Waylon Piercy at 1:30 PM