31 Days of Halloween: The Creature from the Black Lagoon figure

One year ago: Bride of Frankenstein

It's time to look at another really cool monster figure! Today, it's the Creature from the Black Lagoon figure Diamond Select released last year. Aside from a rubbery stretch toy, this is the first Gill Man figure I've ever gotten. For whatever reason, I have always had the worst luck when it comes to action figure representations of this guy. I won't bore you with the details; suffice to say, every time one has been made, events seem to conspire to prevent me from getting it. That finally changed last year. 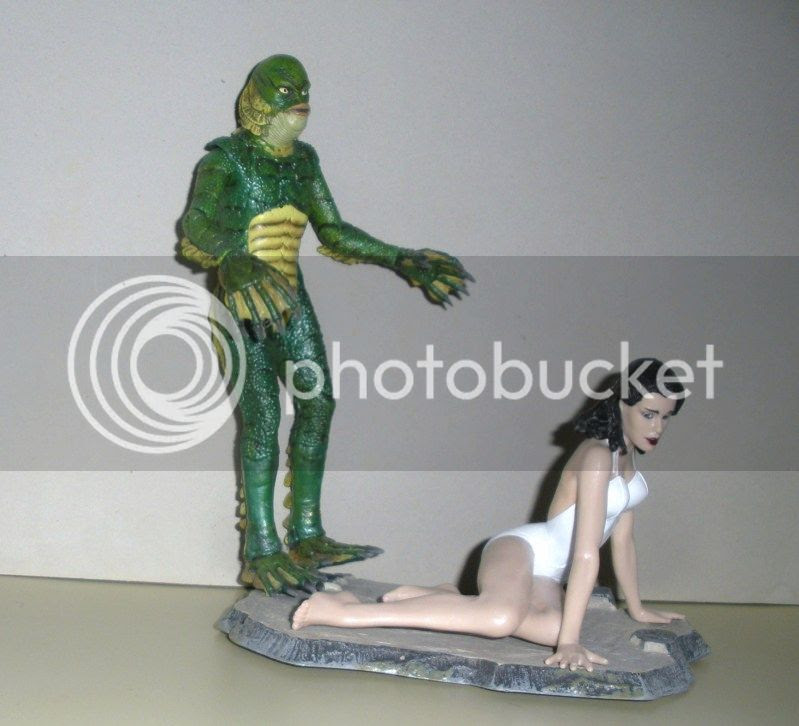 Like the Mummy figure that was part of the same line, Gill Man doesn't have much in the way of articulation. Aside from a couple of joints on the arms, he's nearly immobile from the neck down. There are swivels on his ankles, but they don't move much, and are no help in posing him to where he can actually stand up. He really has to be put in front of something that can help prop him up a bit, or else he'll be falling constantly. The way his feet and legs are molded, there's just no way to put him in a stable pose on his own with the meager articulation he has. That's really my only gripe with him. 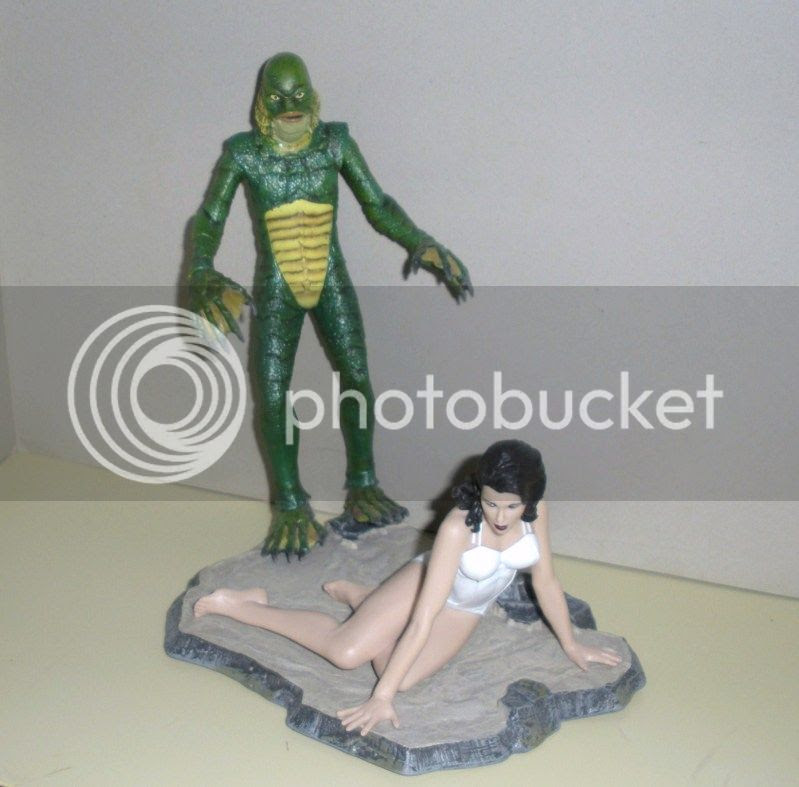 The sculpting is excellent, with some great detail. Julia Adams looks pretty spiffy, too! The likeness is very good, ans she has a joint at the head to get it in just the right pose relative to where you put the Gill Man. The figures are the base are clearly based on this photo from the film, and they pulled off the recreation pretty damn well. 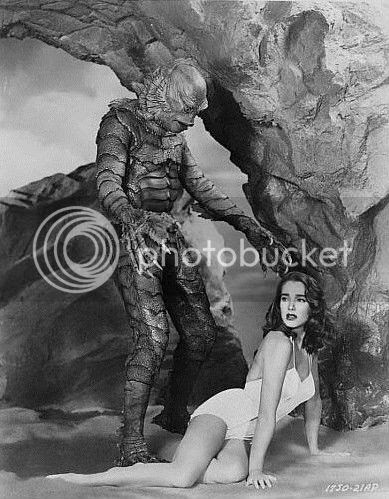 That does it for today. Enjoy the rest of your day, everyone, and don't forget to creep back by tomorrow!
Posted by Waylon Piercy at 1:30 PM