The Two Faces of Skeletor

Here are a couple of recent creations I figured regular TMR readers would enjoy. First, as the title suggests, we have a Lego Skeletor minifig, which I put together from various extra parts I had. Obviously, it's far from perfect, but it's a good start. 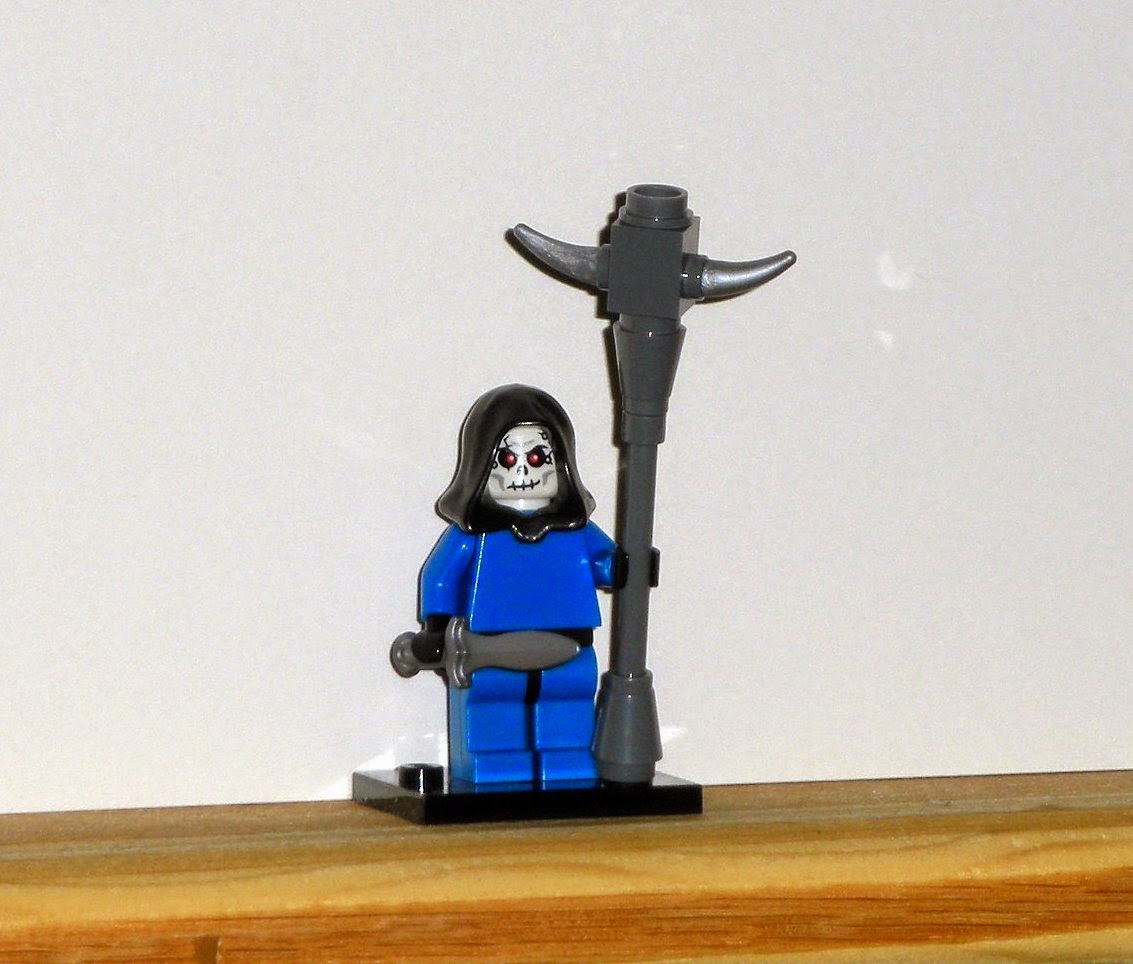 The shade of blue is all wrong, of course. I'll need to hunt down some parts in the proper shade of blue before I go trying to add any details to make it more accurate. That'll be a challenge; while I used to customize action figures pretty frequently, I'm rather out of practice, and I never really did any detail work on such a small scale. I may look into printing custom decals or something.

As for the promised second face of Skeletor, we have a Lego version of an old favorite, Skelepimp! 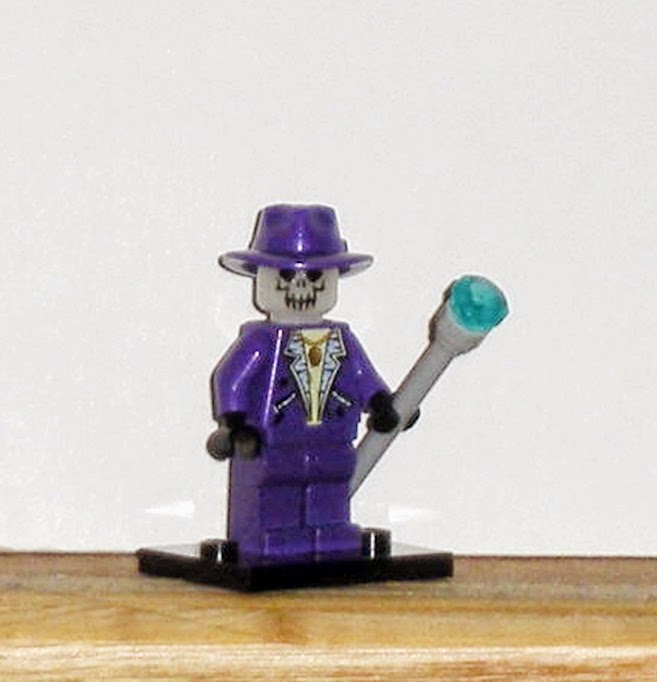 Skelepimp first came about-- my version, anyway, as the web has since shown me that I was not the only person to come up with a version of Skeletor who was inclined to peddle booty-- around ten years ago, when I was playing a WWE video game. The main draw of those games for me is the robust collection of creation modes. The roster of real wrestlers remains mostly unused, as I spend all my time creating my own wrestlers and playing them against one another. Since Skeletor is damn near my favorite character from anything, I naturally wanted to make him in the game. Sadly, the game was lacking the proper clothing and gear. I already had a good Skeletor base made, so I started outfitting him with some of the other things in the character creator, and wound up going with a pimp version. Skelepimp was born! He's been remade in every version of the game I've gotten ever since. Here are a couple of photos of Skelepimp from WWE '13. (I'm not equipped to record from my game consoles, so photos of the TV screen will have to suffice.) 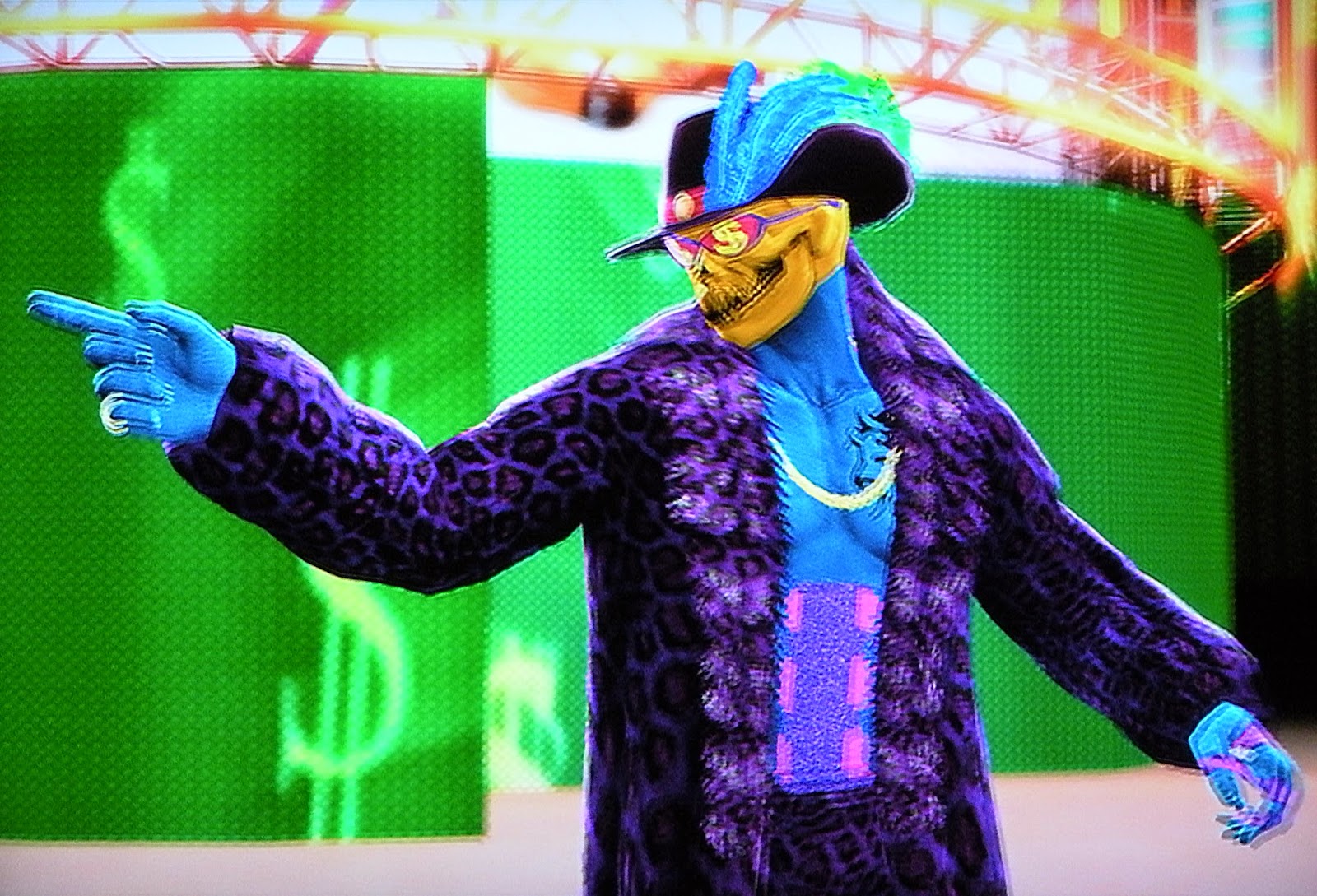 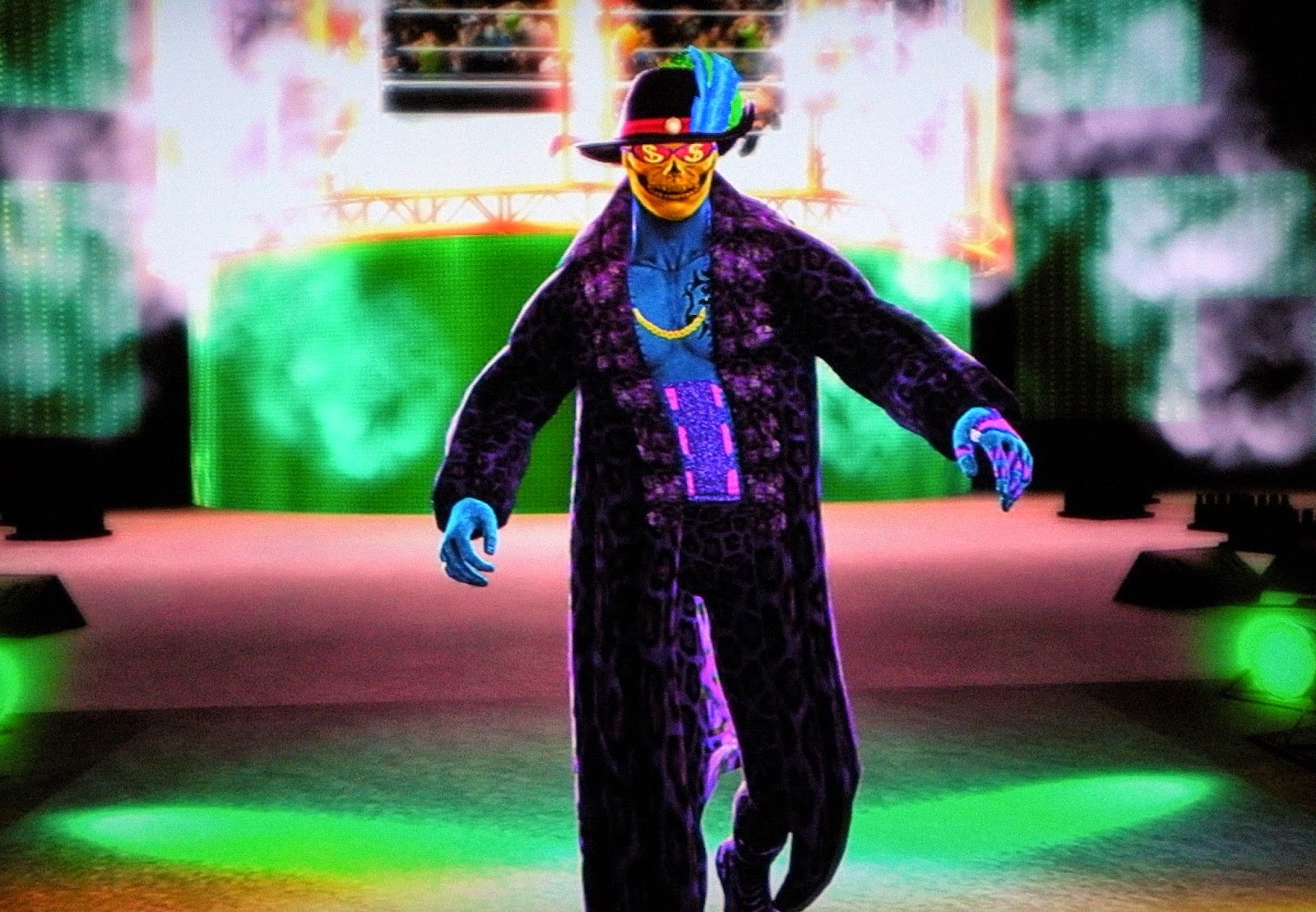 So, the minifig isn't 100% accurate, but it's pretty damn close! The skull also glows in the dark, though efforts to get a decent photo of this were futile. I modified a sports car set to give Skelepimp a nice ride. When I get more parts in the proper colors, I want to mod it further, extending the body, and making the overall shape a little blockier and more Cadillac-esque. In the meantime, however, the ladies just can't resist Skelepimp, no matter what he's driving. 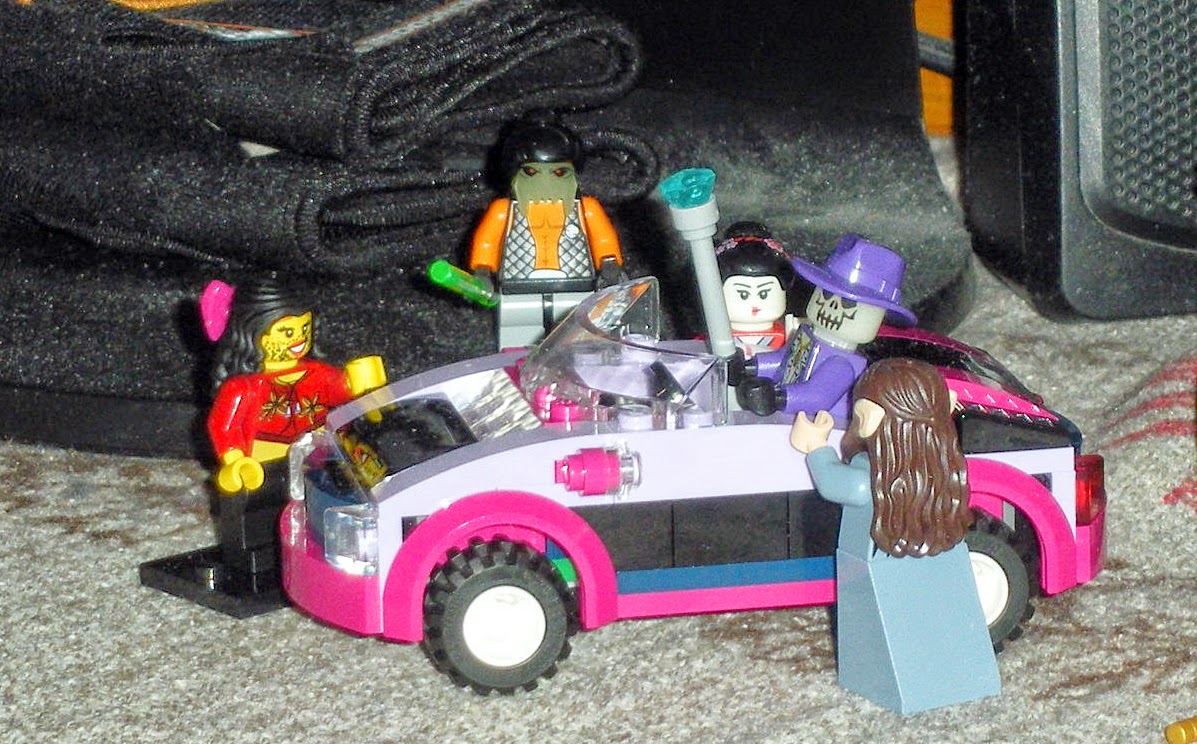