If you missed yesterday's reviews, you can find 'em right here. 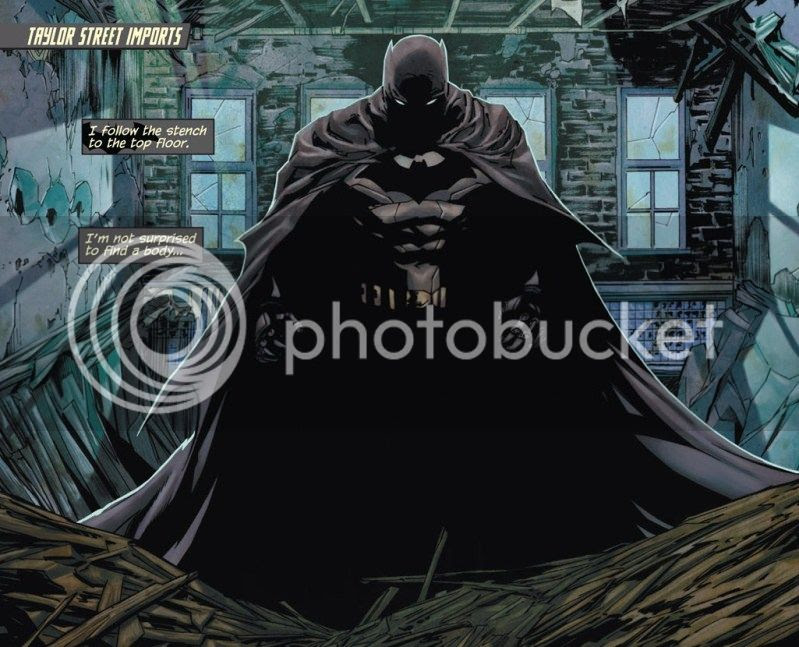 Detective Comics #2
Written & pencilled by Tony Daniel, Inks by Ryan Winn & Sandu Florea
After last issue's shocker ending, there was a great deal of anticipation for this issue. It takes a few pages to get back to the matter of that cliffhanger, and we still don't find out exactly what is going on with it just yet. We finally meet the new villain the Dollmaker, and while this issue's cliffhanger isn't as jolting as last issue's, it's still a doozy. Daniel's scripting is a bit less awkward than in the first issue. The first few pages, frankly, didn't exactly hold my interest, and there is a scene that is sure to rankle a good many readers, especially in light of some of the controversy surrounding certain comics in recent weeks. Still, this is a decent issue overall, and worth picking up for anyone who enjoyed the first issue.
My score: 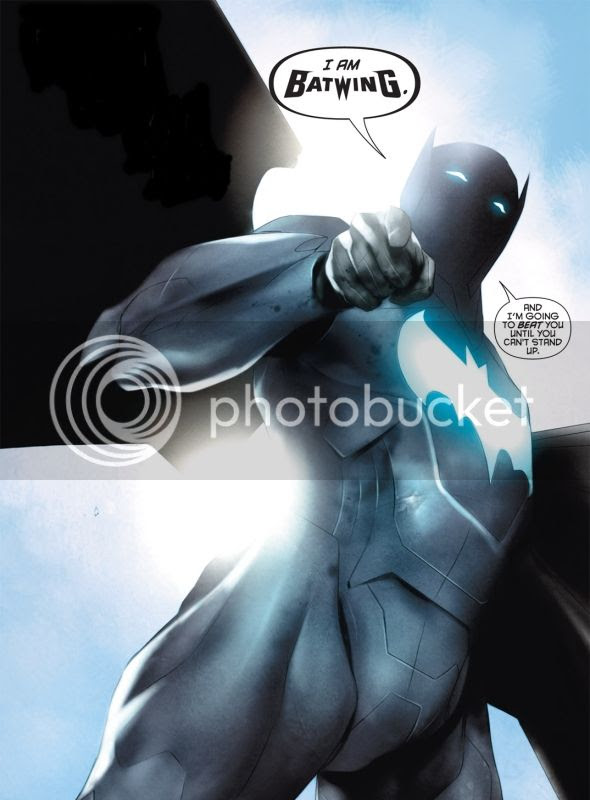 Batwing #2
Written by Judd Winick, Art by Ben Oliver
We pick up directly from last issue's cliffhanger, and things proceed at a good pace. Oliver's art remains very nice, and this is an enjoyable issue overall. Batman is again present in the story, but as in the debut issue, he does not overshadow the titular hero. Batwing displays the stubbornness that seems a prerequisite for anyone who wishes to wear a bat emblem on their chest, and the ending promises some pretty furious action next month. This is a good, solid issue all around.
My score:

Justice League International #2
Written by Dan Jurgens, Pencilled by Aaron Lopresti, Inked by Matt Ryan
Last issue's threat is escalated in this issue, and the team still struggles to come together and work as a unit. A couple of the supporting characters begin to show a little more personality in this issue, although they're still not much more than one-note. That's one of the problems with series that chronicle the adventures of a large team such as this. It's still tough not to compare this series to the earlier version of the JLI, and the new book fares badly in the comparison. Taken on its own merits, it remains a decent read, however. This issue shows more promise than the debut issue, and hopefully things will continue to improve from here.
My score: 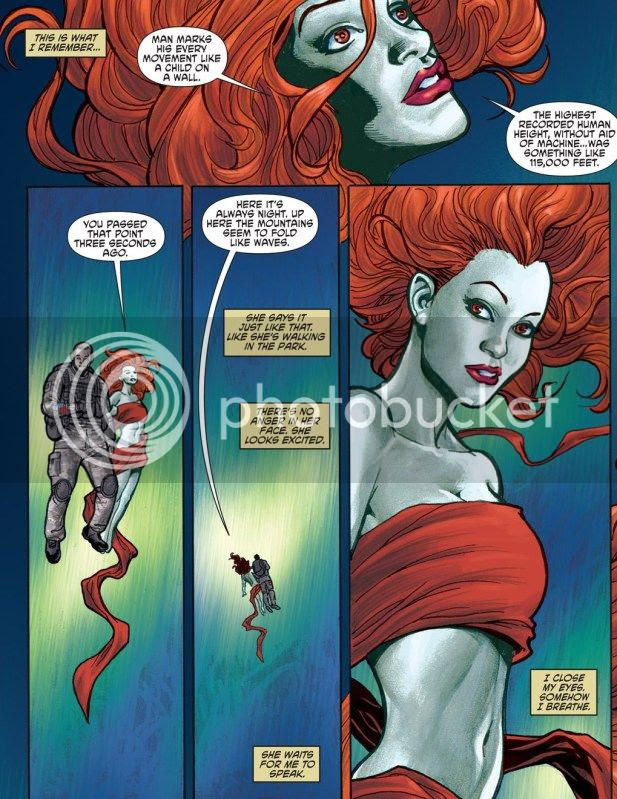 Men of War #2
Written by Ivan Brandon, Art by Tom Derenick(lead), Written by Jonathan Vankin, Art by Phil Winslade (backup story)
Things get a lot more confusing for Sgt. Rock. And for the readers. By the time the lead story ends, we're not sure exactly what has happened, but at least it was pretty interesting. By the time it all wraps up, it could be a pretty good story, but letting things go too long without really explaining what is happening to the readers is dangerous, and could cause a lot of people to drop the book out of frustration.
The backup story is basically the same as last issue, really a by-the-numbers affair. Winslade's art is pretty nice, though. This is a decent enough book, but I suspect that readers who were interested in a military comic are likely annoyed by the inclusion of so many superhero hijinks in the lead feature.
My score: Static Shock #2
Written & Pencilled by John Rozum & Scott McDaniel, Inked by Andy Owens
This issue improves on the first, delving a little deeper into Static's world, at the same time, giving us a bit more info on the group of villains that are trying to do him in. There's some definite weirdness in Static's home life that needs to be explored-- does anyone know why the hell his sister has a clone of herself living with them? The action is smooth an enjoyable, and McDaniel's bouncy, dynamic style suits it perfectly. This is a fun book that helps to fill an important niche in the DCU. Hopefully, the upcoming writer shuffle won't harm it.
My score:

That's it for the ongoing books for this week. I haven't gotten to the debut issues of the Huntress and Penguin: Pain and Prejudice miniseries yet-- I made myself read the ongoing stuff first-- so look for them tomorrow.
Posted by Waylon Piercy at 2:00 PM