Skulls and skeletons have long been associated with the macabre in general, and Halloween in particular. Things are no different at my house, and I've got more skulls and skeleton-related stuff than you can shake a shinbone at! I'll share some of that stuff with you today! 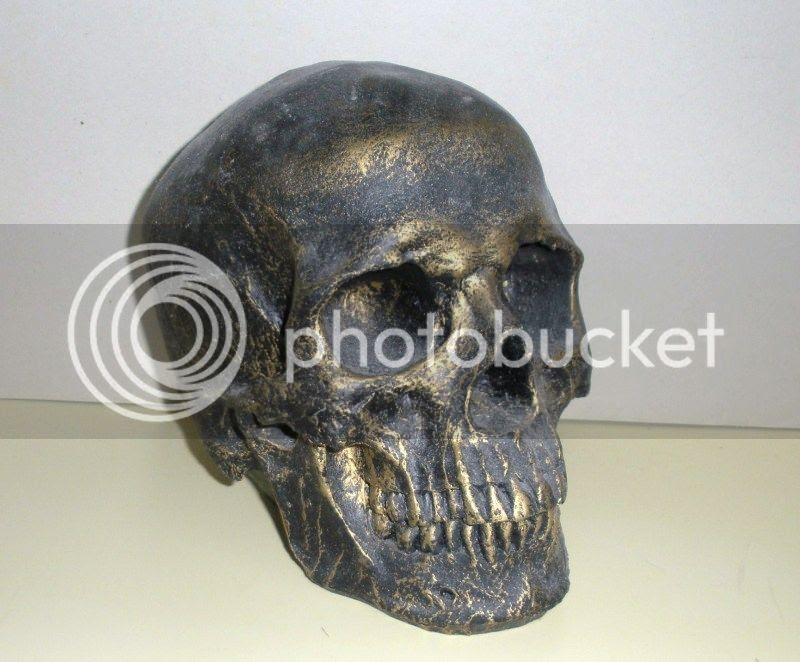 We'll start off with this life-sized bronze skull. The detail on this thing is very realistic, with obvious exceptions such as not being hollow. I picked it up at Walgreen's a few years ago, but I haven't seen any there since then. It's a shame, as I wouldn't pass up the opportunity to pick up another one, this time in white, for $6. 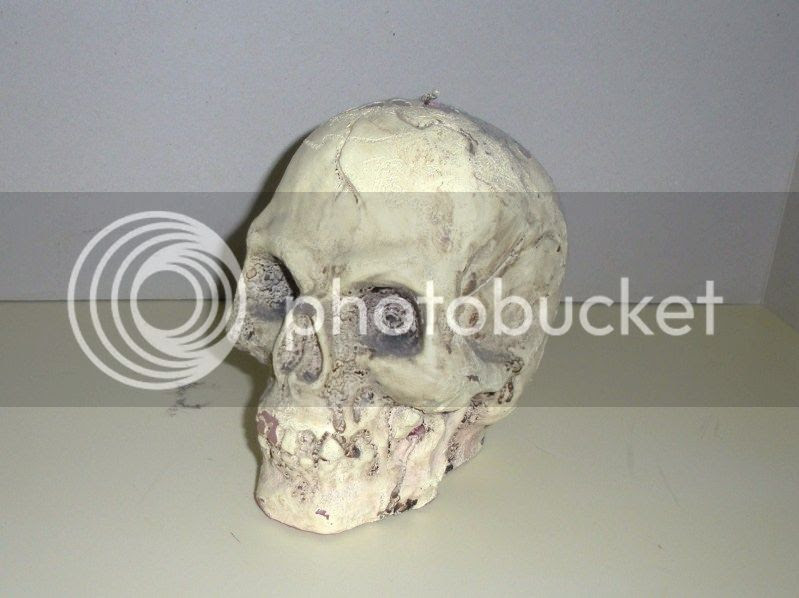 On a smaller scale, we have this slightly more natural-looking skull, which is actually a candle. When burned, the inner red wax runs out of several strategically-placed holes. I don't burn candles often, so it's never been used. The detail on it is good enough that I'm content to use it as a prop until such an occasion arises where its burning seems justified. 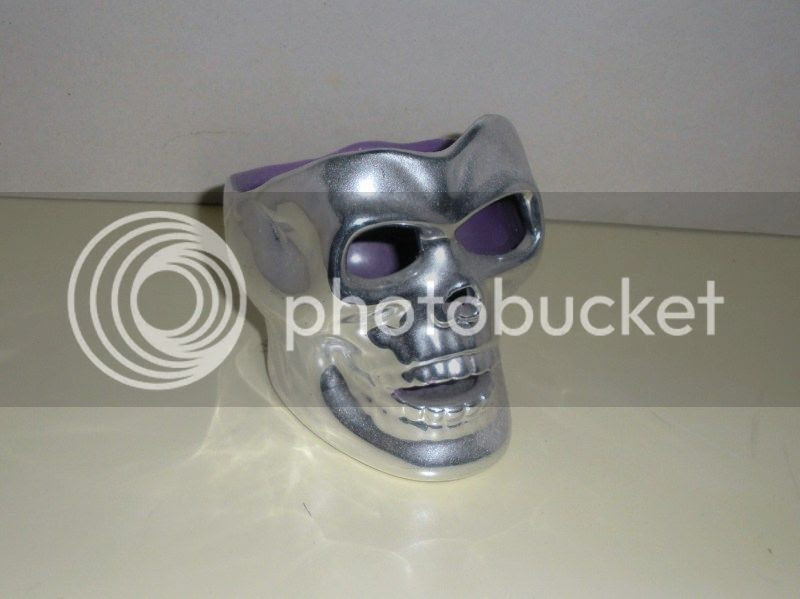 Representing blingers everywhere, this swanky silver skull is designed to hold your candle as it burns away. It was used for that purpose once; mostly it just hangs around looking awesome. 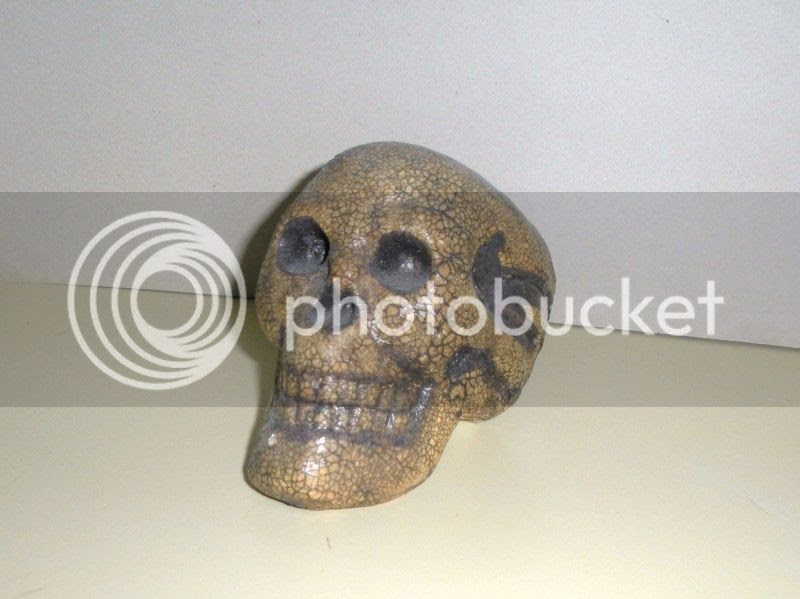 I really like this cheap little paper skull because its weathered look and odd proportions lead to think of it as the skull of one of our ancient ancestors from further down on the evolutionary ladder.

This cool set of candle holders was rather pricey, but I came across it around Christmastime a few years back, and got it for just a few dollars. The detail is quite nice, and one of the skulls even has a spider in its web on its temple, as you can see. I also love the fact that they're wearing skull rings on their left hands! 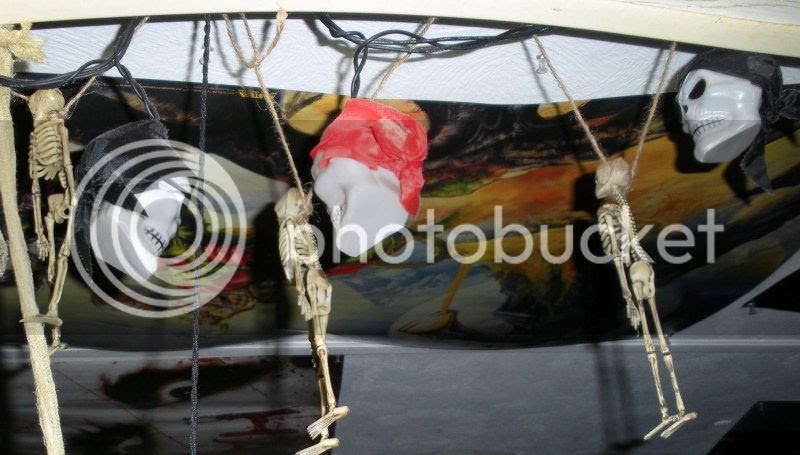 Here is a rather awkward shot of the pirate skull lights I have, and a bit of the skeleton garland I have strung all over the place. I really like the tiny skeletons for all their wonky anatomy. 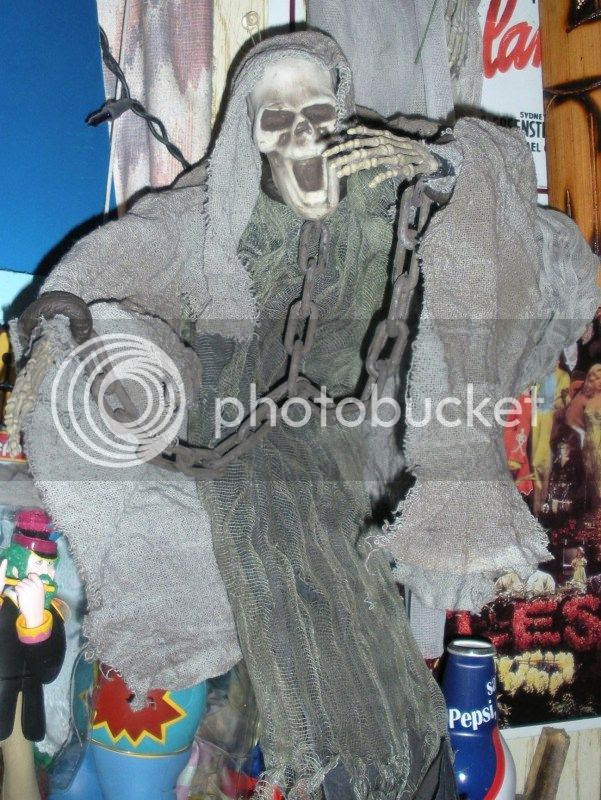 Here we have a skull-faced ghost who, oddly enough, disappeared for several years before mysteriously reappearing in a cabinet here just two years ago.

And this is his bride, pining away at home while her hubby is off haunting people all night. It's quite a burden to place on a new marriage, but they make it work. 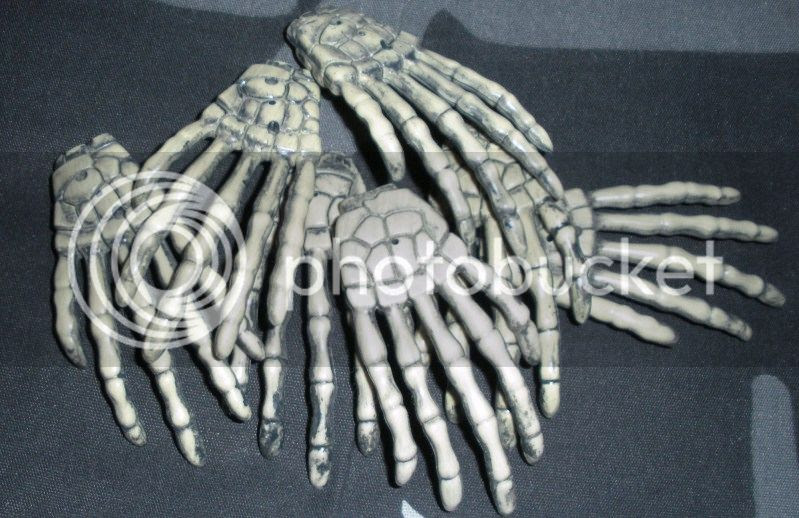 These skeleton hands are scattered all over the place, as I stick 'em here and there wherever there is a spot. I was planning to pick up a couple more packs this year, but I have yet to see any. 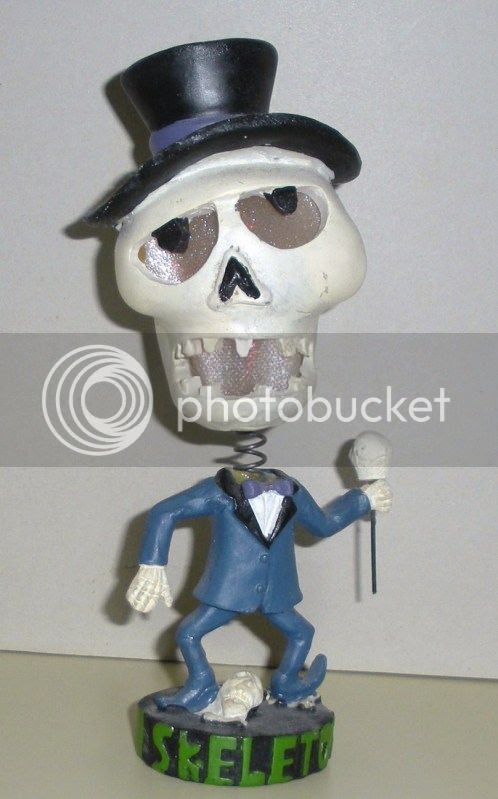 Last but certainly not least, we have my favorite: the Gentleman Skeleton! Remember him? I stumbled across this fine fellow at a dollar store several years ago, where he was mine for only two measly dollars. The base is very helpfully labelled "skeleton," so you won;t get him confused with the Wolf Man or Dracula or Steve Perry. His skull-topped pimp stick is removable, and the light-up feature still works very well. Getting a decent photo of it in action is beyond my photography skills, but here;s the best one I managed to get: 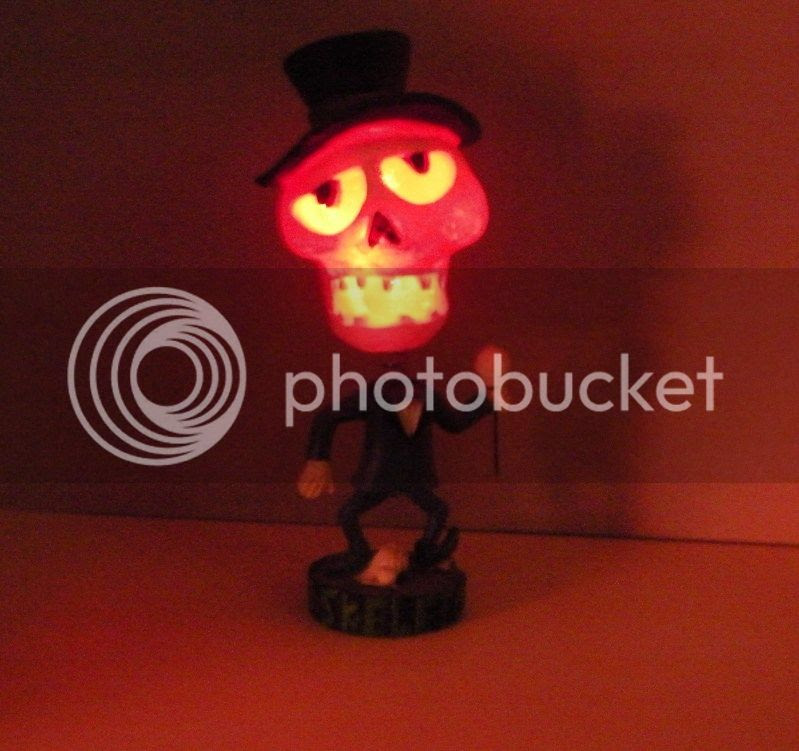 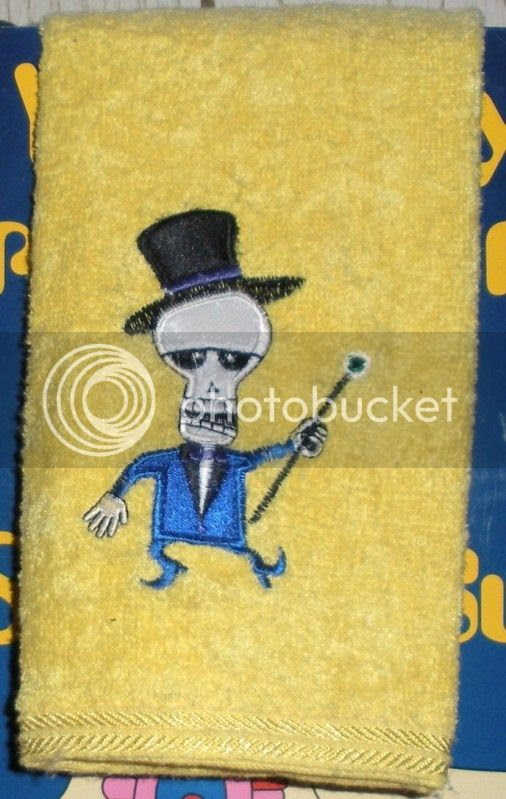 As a bonus, here is a badass hand towel I found at another store on the same day that also features the Gentleman Skeleton! You may have glimpsed it in the background of a few photos earlier this month, but here's a nice big close-up for your viewing pleasure.

That's all for today, and don't you feel enriched by this experience? C'mon back tomorrow for more Halloween lovin'!
Posted by Waylon Piercy at 1:30 PM