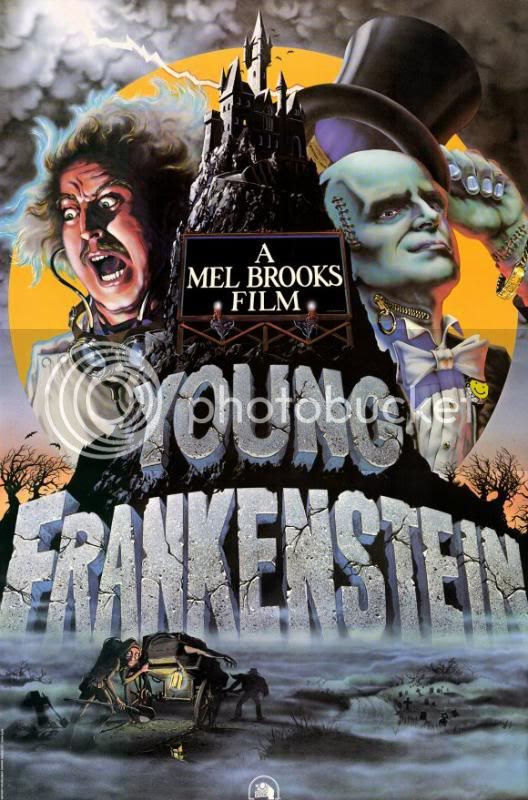 As I said in an entry earlier this month, the horror comedy is a very tricky thing. While there are several very good examples of the horror comedy done properly, as far as I'm concerned, it was perfected with Young Frankenstein. 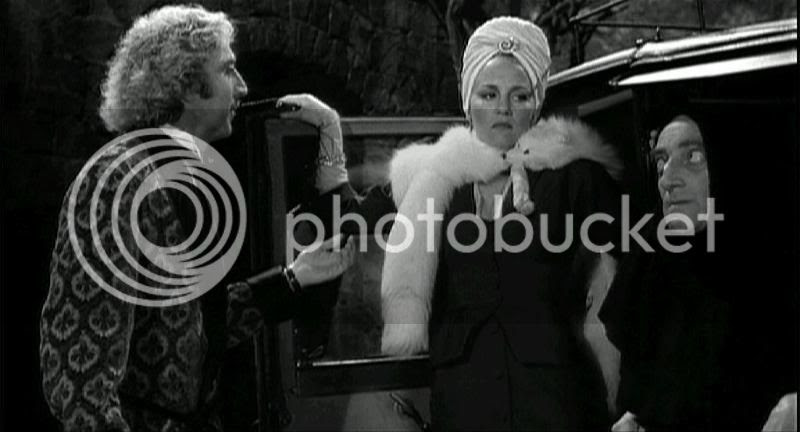 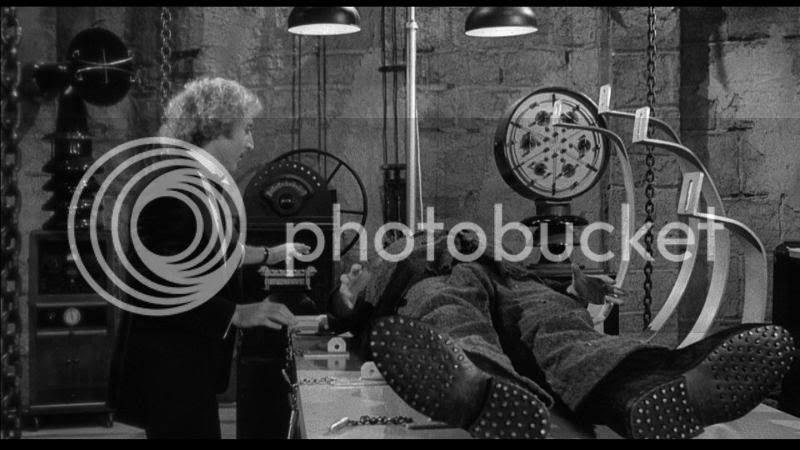 That's a hell of a cast. They, along with director Mel Brooks, have very long and impressive resumes, and Young Frankenstein represents the finest work from everyone involved. The film is savagely funny, working on several different levels to provide plenty of laughs, no matter who is watching. Obviously, there are plenty of references to the classic Universal horror films. The basic plot is nearly identical to Son of Frankenstein, and several characters are direct parodies of characters from that film(most notably Mars' Inspector Kemp, with an accent that is so thick that even the other villagers can't understand him!). 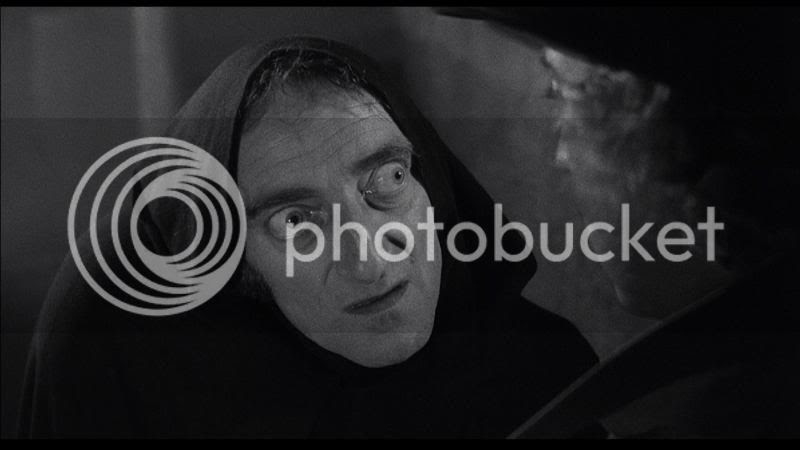 The idea had its genesis in Wilder, who imagined another sequel to the Universal Frankenstein films. Rather than the standard sort of mad scientist fare, this descendant of the original Monster maker would be shamed of his family, and try to distance himself from them as much as possible. Wilder approached Brooks with the idea while they were working on Blazing Saddles, and the two collaborated on the script. 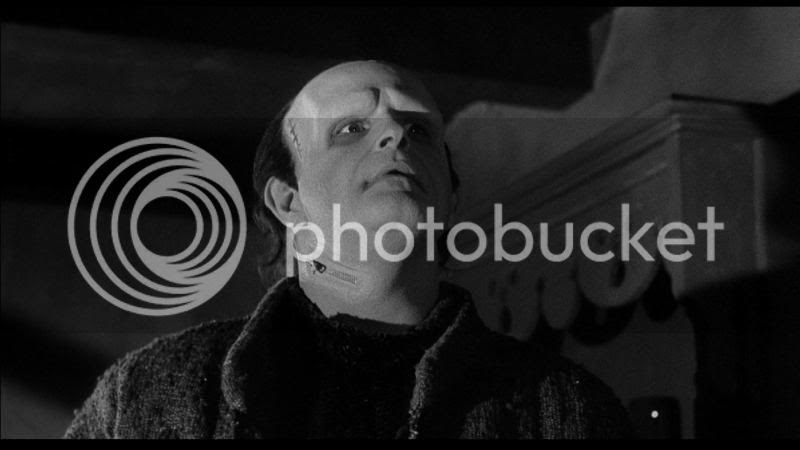 Columbia refused to allow Brooks to film in black and white, which he and Wilder agreed was essential to the project, so they went to 20th Century Fox. Brooks rented equipment from Kenneth Strickfaden, who had supplied the flashy lab equipment that quickly became the standard for horror films for decades, including the original Universal Frankenstein films. The excellent score by John Morris and beautiful cinematography by Gerald Hirschfeld give the film an appropriate look and feel that evokes the Universal classics, yet give the film its own identity as well. 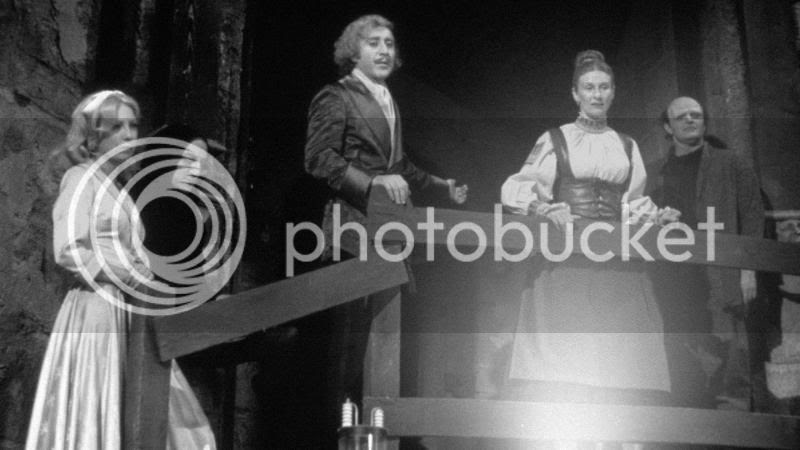 Young Frankenstein is easily one of the best comedies ever made, and in the sub-genre of the horror comedy, it is without peer. It works equally well as an unofficial part of the Universal canon, with many references to those films that enable it to fit into that larger tapestry surprisingly well. You'll get even more from it if you've watched the first three Universal Frankenstein films, but it stands on its own quite well. While you're busy watching all manner of horrors this Halloween weekend, don't forget to make a little room for Young Frankenstein. 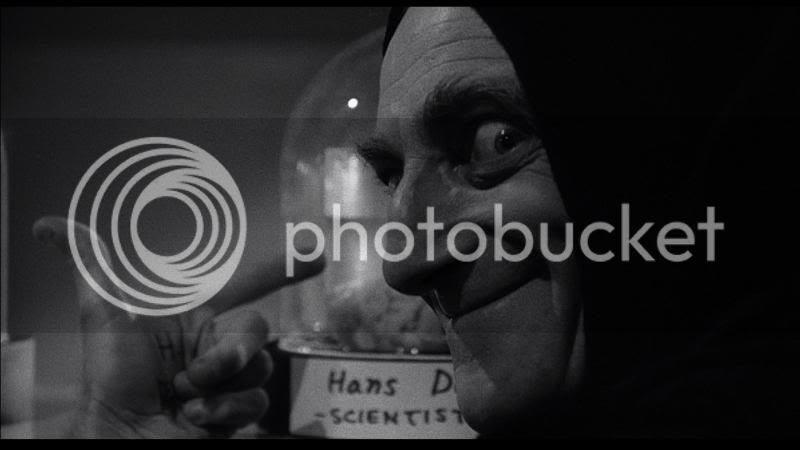 Posted by Waylon Piercy at 1:32 AM