1979 could be heralded as the year of Dracula(it was also the year I was born, so draw your own conclusions there). The year saw the release of the George Hamilton comedy Love At First Bite, Werner Herzog's visually stunning but muddled Nosferatu the Vampyre, and Frank Langella in a film based on his revival of the old theatrical Dracula play in which Bela Lugosi himself had starred. 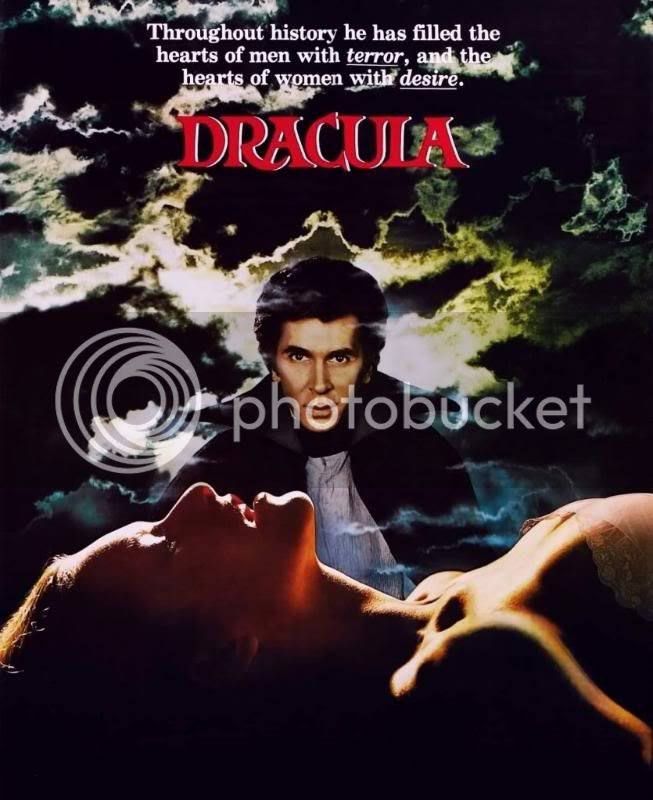 The plot is quite similar to the Lugosi film, not at all surprising considering that both films are based more on the play than the novel: Count Dracula(Langella) comes to Whitby, England via ship to move into his new house, Carfax Abbey. He insinuates himself in the lives of Dr. Seward(Donald Pleasance), his daughter Lucy(Kate Nelligan), her fiance Jonathan(Trevor Eve), Lucy's friend Mina(Jan Francis), and her father Abraham Van Helsing(Laurence Olivier).  Dracula preys on the ladies, and the group gradually begins to realize that they are the targets of a vampire. 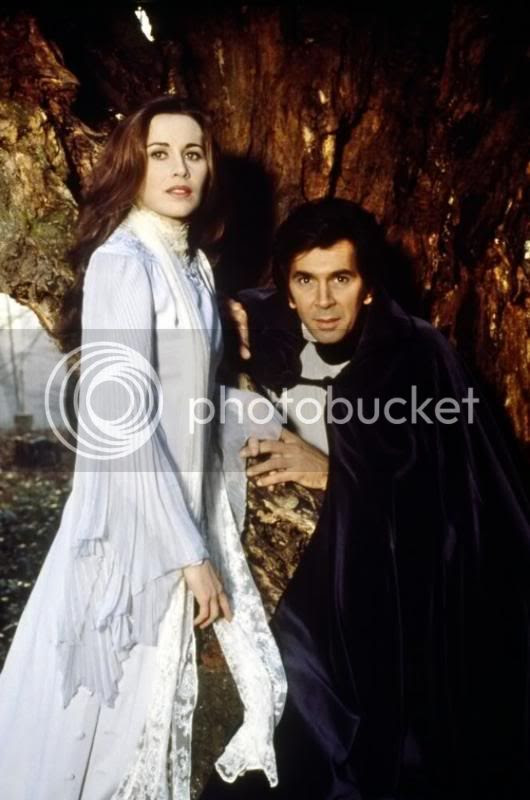 Director John Badham does a very good job with the film. Notably, he wanted to film in black and white, but Universal insisted that the film be made in color. Hence, the film was filled with rich color, but that changed with a laserdisc release in the 1990s. Badham was able to desaturate the color, leaving it with a washed-out, nearly black and white look. There has been a raging storm of debate over this move ever since. Having never seen the film in its original color(save perhaps for a viewing when I was a little kid, which is likely, but if so, I don't remember it), I can't really comment on the differences. The current DVD version of the film is filled with sumptuous visuals that are not at all harmed by the washed-out colors, in my mind. In fact, I feel that the lifeless colors in the film serve to enhance the mood considerably.

The performances in the film are very good overall. Langella is a revelation as Count Dracula. Widely considered the finest actor to have ever played the role, Langella leaves his own mark on the character with his Byronic portrayal. Blow-dried hair aside, Langella also looks quite good as the Count, proving a physical match for the finest portrayals of Dracula. While nothing and nobody can erase the iconic, indelible image of Bela Lugosi as the immortal count, Langella's performance earns him a spot near the top of the list of the greatest Draculas we've ever seen. 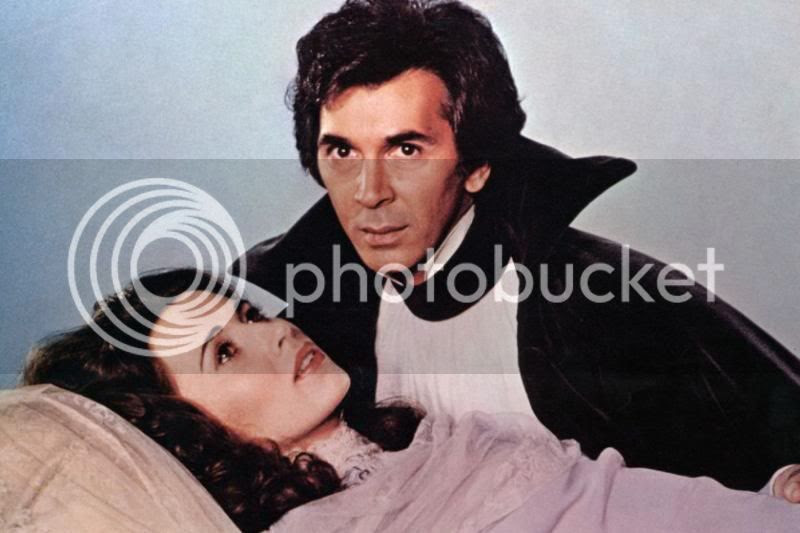 Olivier's Van Helsing is not the intrepid vampire hunter familiar to viewers; at the outset of the film, he knows little to nothing of the supernatural. However, he gives a typically fine performance as the grieving father who finds that he must seek revenge upon a supernatural force. Donald Pleasance's Seward is a fine compatriot, stealing many scenes in which he appears. Nelligan and Francis as Lucy and Mina, respectively, are more than adequate in their roles, bringing more than just their physical charms to the table. Trevor Eve's Harker, unfortunately, is written in such a way that he comes off no better than David Manners in the Lugosi film. 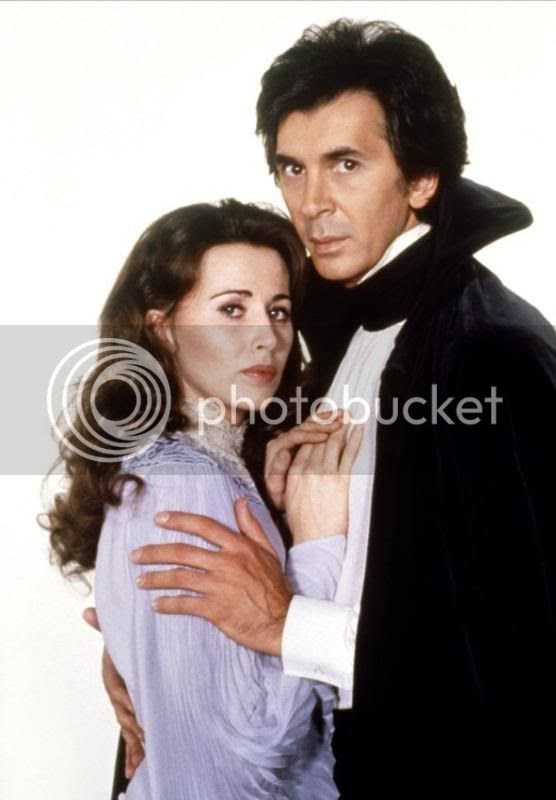 The location shooting and sets are wonderful, including a fantastic matte painting of Dracula's castle by Albert Whitlock(it's too bad we see it so briefly). The entire film is elevated further by John Williams' magnificent score and exquisite cinematography by Gilbert Taylor. The film is not without its flaws. There is a seduction scene that I can barely stand to watch, it's so horribly dated. It's one of those things where you can understand the filmmakers' desire to do something a little different, but it doesn't really come off they way they probably intended. One also wishes that the film were based more on the novel, rather than the stage play. We don't get to see the interior of Dracula's castle at all, his vampire brides, or any of the novel's Transylvania scenes. The film doesn't really suffer from their omission, but it feels like a gigantic missed opportunity. The cast and crew does so well with the material, I would have loved to see what they did with the Transylvania scenes. 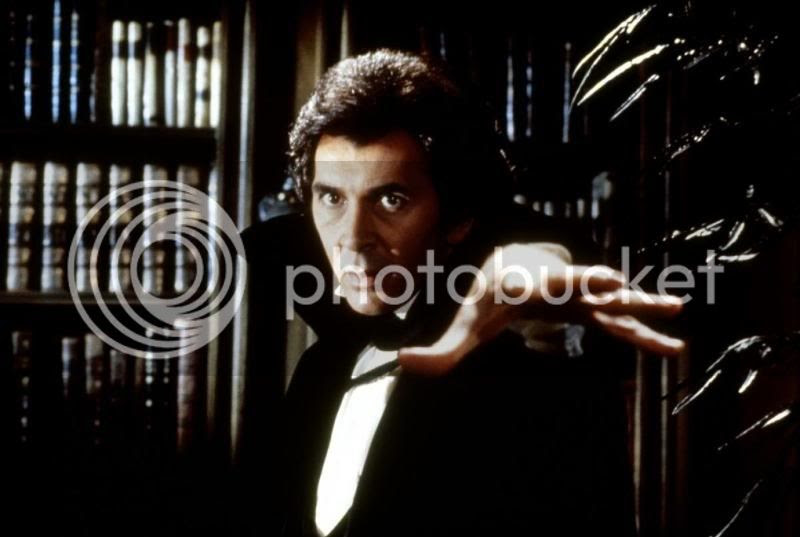 While it is often overshadowed by other film versions of the Dracula story, 1979's Dracula is one of the very finest films involving the character. This underrated gem is one of my favorite horror films. and it deserves a viewing by anyone who enjoys this sort of entertainment. The DVD is dirt cheap, so do yourself a favor and pick it up.
Posted by Waylon Piercy at 1:39 AM