31 Days of Halloween: The Bride of Frankenstein 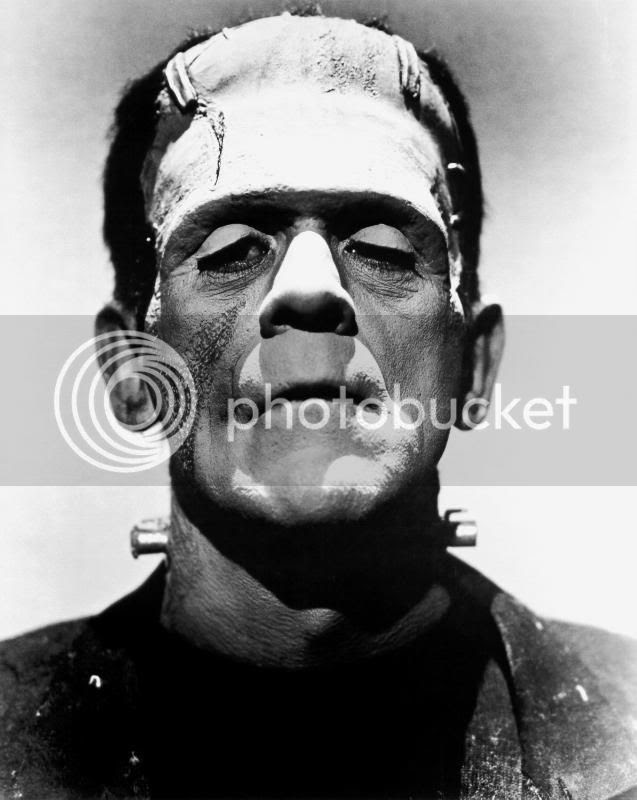 It's Frankenstein Friday, and today we'll be looking at what is widely considered the greatest horror movie of all time: The Bride of Frankenstein! 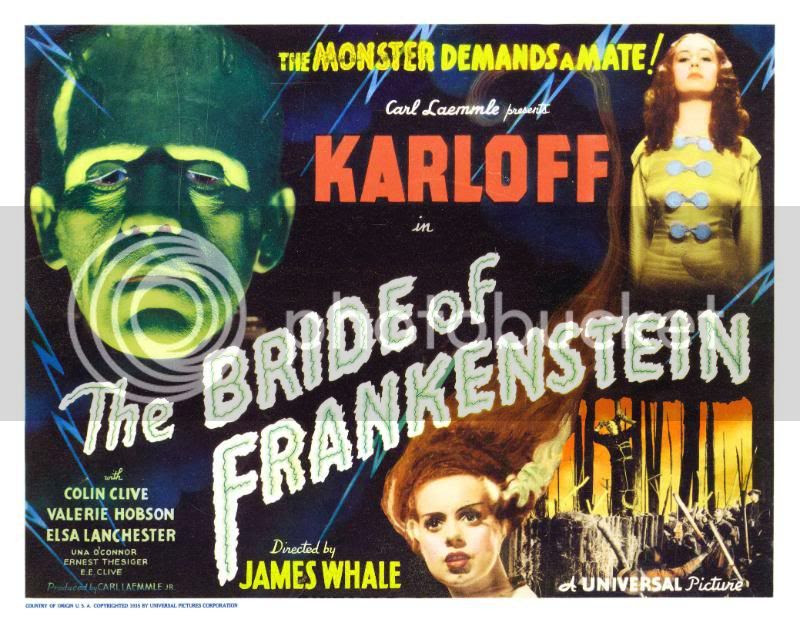 After the runaway success of the original Frankenstein, Universal immediately began considering a sequel. James Whale was initially uninterested, but studio head Carl Laemmle Jr. had decided he was the only man for the job, and Whale eventually acquiesced. (He was able to use this as a bargaining chip to get Universal to agree to fund One More River.) 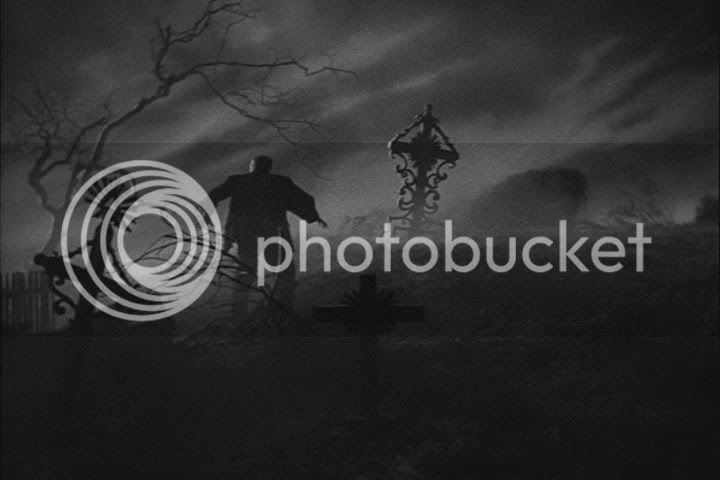 Originally titled The Return of Frankenstein, the project was held up until a satisfactory script could be written. After several drafts that Whale deemed unusable, he tapped John L. Balderston to write a new script. It was Balderston who took the idea of the Monster's mate from the novel and worked it into the screenplay. He also came up with the prologue featuring Mary Shelly and friends discussing the Frankenstein story. 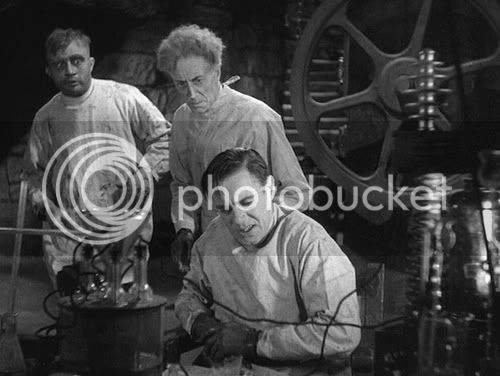 Once the prologue is over, The film beings immediately where the previous film ended, with the Monster (Karloff) trapped in the burning windmill. As the angry mob leaves, satisfied that "justice" has been served, it becomes clear that the Monster has survived, falling into the reservoir. 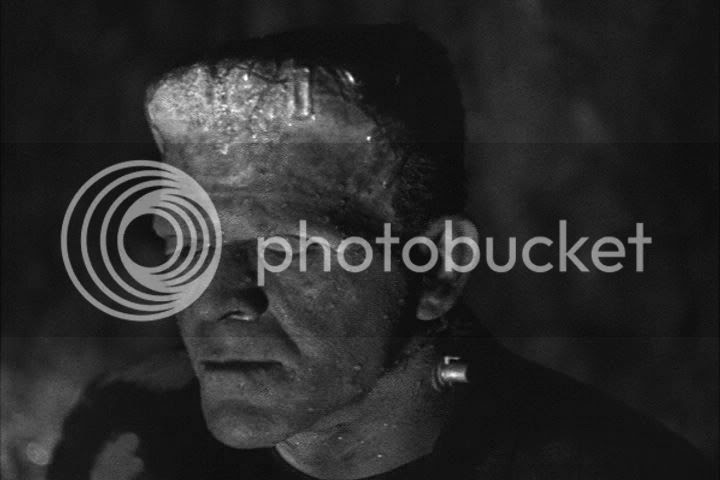 Meanwhile, Frankenstein (Colin Clive) and his new bride Elizabeth (Valerie Hobson) are intruded upon by Dr. Pretorious(Ernest Thesiger). Pretorious convinces Frankenstein that the two of them should create a mate for the Monster. 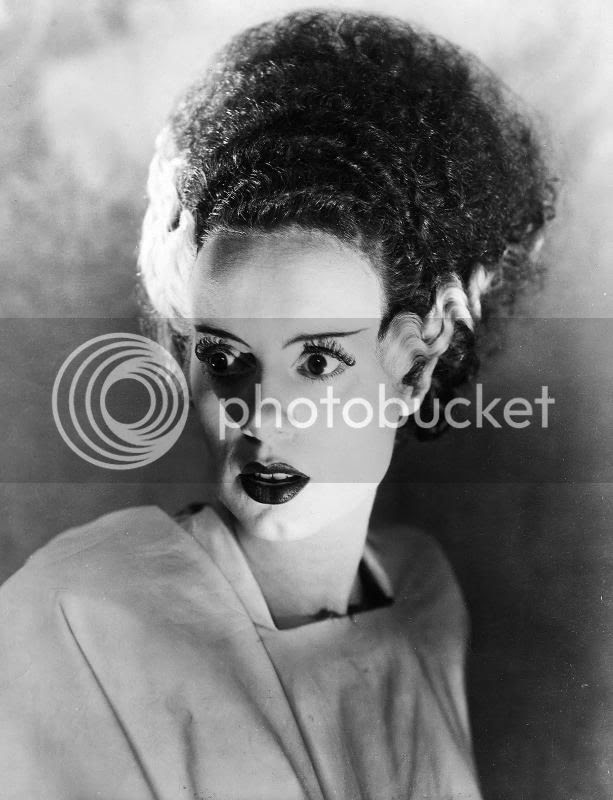 The Monster has a series of misadventures in the meantime, eventually befriending a blind hermit(O. P. Heggie). The Monster learns to speak(although he does not progress to the point of the articulate, expressive Monster of the novel). After this idyllic existence is ruined by intruders(one of which is a young John Carradine), the Monster encounters Pretorious. Treating the Monster as a fellow human being, Pretorious enlists the aid of the Monster in his plans. the Monster is able to coerce the wavering Frankenstein to commence creation of the Monster's mate! 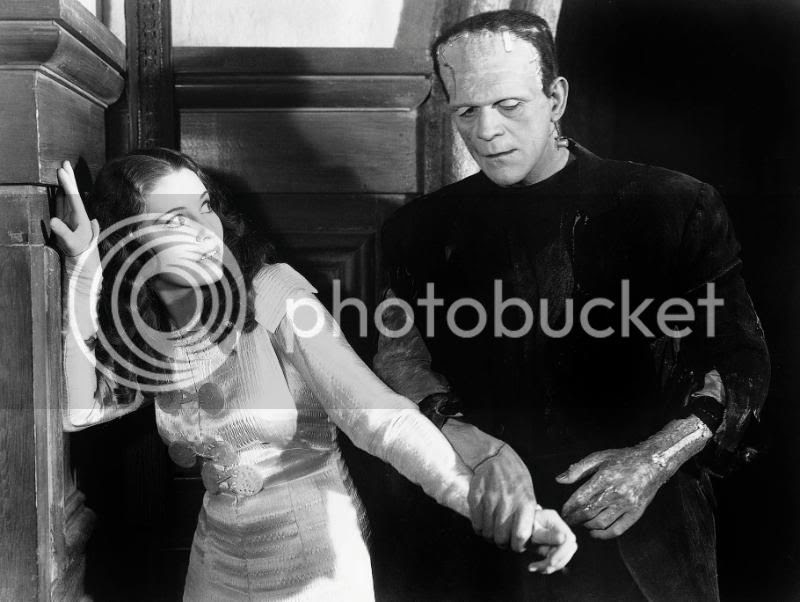 Karloff is a marvel in this film. He did not want the Monster to speak, but the rudimentary speech imbues the Monster with a whole new dimension that the previous film's mute Monster necessarily lacked. Karloff is able to bring even more pathos and humanity to the role. However, a speaking Monster meant that Karloff could not remove his dental plate as he did in the first film, so the Monster does not have the deeply sunken right cheek he had in the previous film. The rest of the performances are excellent across the board.Colin Clive brings all of the manic energy to the Frankenstein role that he had in the first film. Hobson is more than adequate as Elizabeth, replacing Mae Clarke, who was reportedly ill at the time. Dwight Frye, delightful as always, plays Karl, the requisite lab assistant. Ernest Thesiger is fantastic as Pretorious, bringing to the role every bit of charm and sardonic wit he could muster, and that's quite a lot. Wonderful as Horace Femm in Whale's The Old Dark House, Thesiger is given more time to shine in Bride, and the film is the better for it. Elsa Lanchester pulls double duty as Mary Shelley in the film's prologue and as the titular Bride. She doesn't get a lot of screen time, but she makes the most of what she is given, and stands as the only iconic female monster that is in the same class as the rest of the Universal pantheon. 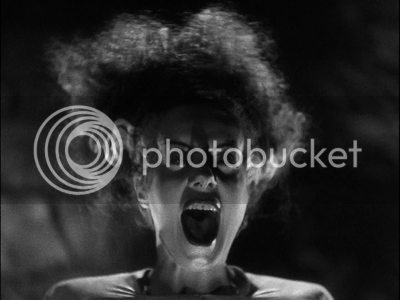 Makeup artist extraordinaire Jack Pierce went above and beyond in this film, creating several different versions of the Monster's makeup so that his hair re-grows and his wounds actually heal over the course of the film! The design of the Bride was reportedly a collaborative effort with Whale; the hairstyle, based on Egyptian queen Nefertiti, was achieved with the use of a wire frame. 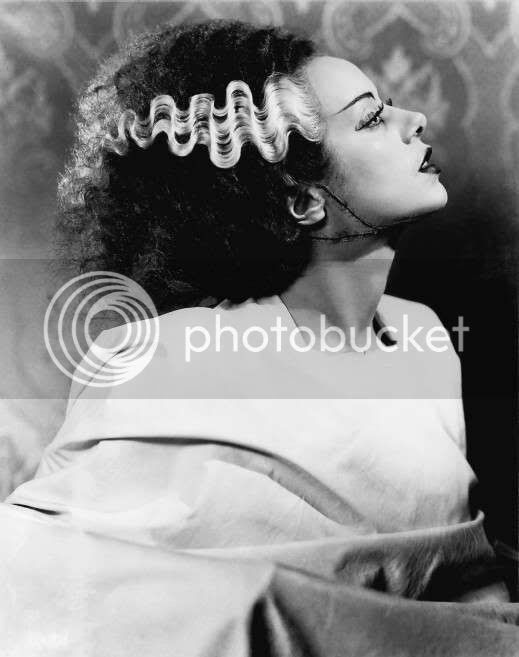 Kenneth Strickfaden again contributed the marvelous lab equipment. Franz Waxman's excellent score contributes a great deal to the effectiveness of the film, giving it a decided edge over its predecessor. 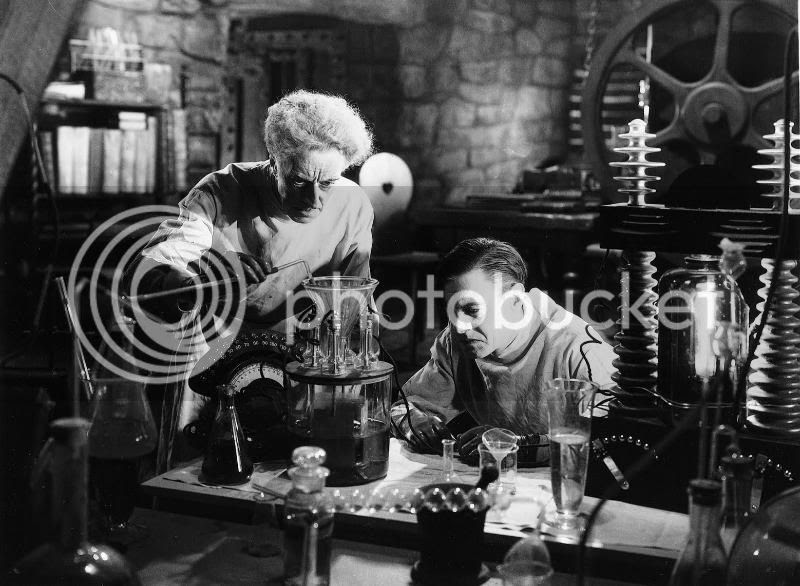 The Bride of Frankenstein had only grown in stature in the decades since its release. Today, it is almost universally regarded as the crown jewel in the classic cycle of horror films, and I find myself in complete agreement with that. It remains one of the greatest films from Hollywood's golden age, and is absolutely required viewing for anyone with even a passing interest in classic horror films. 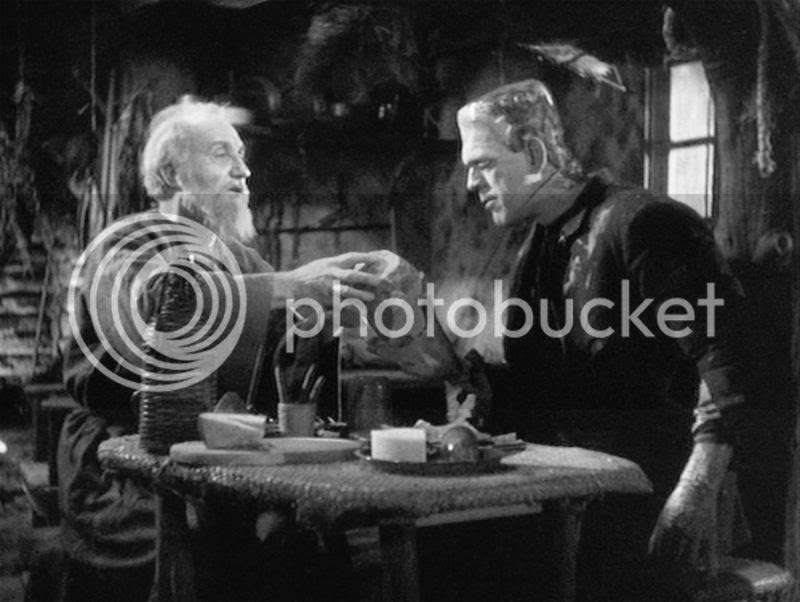 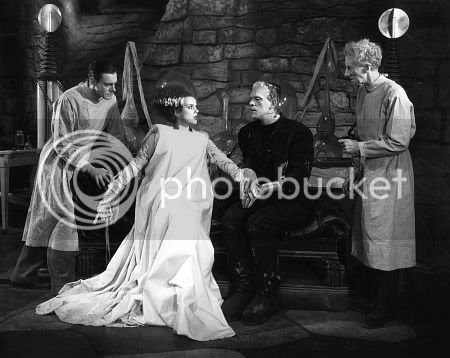 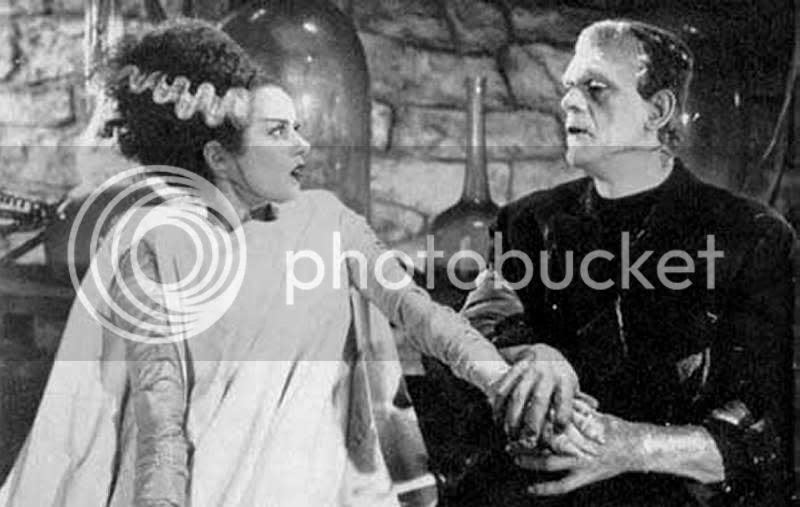 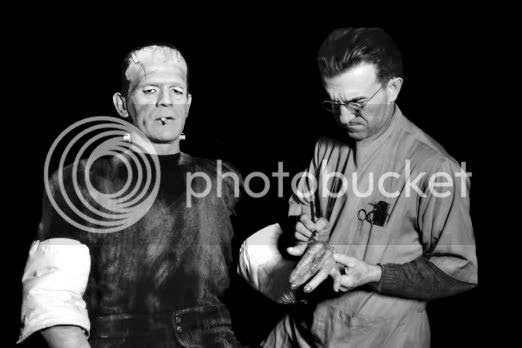 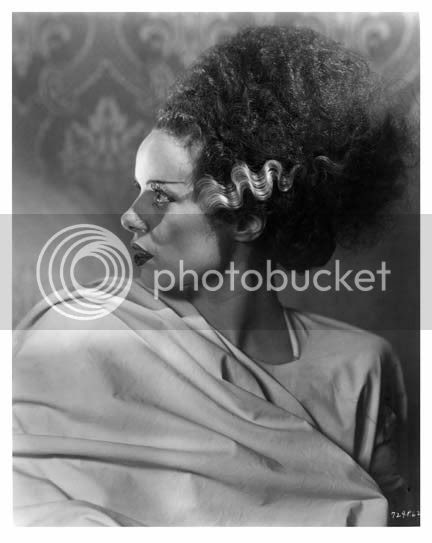 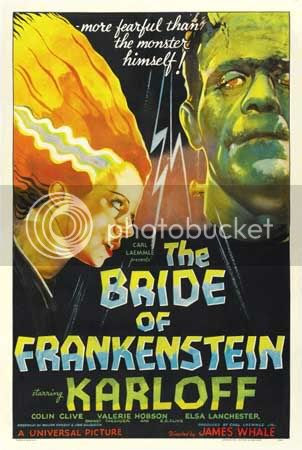 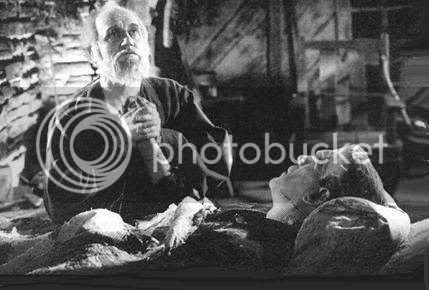 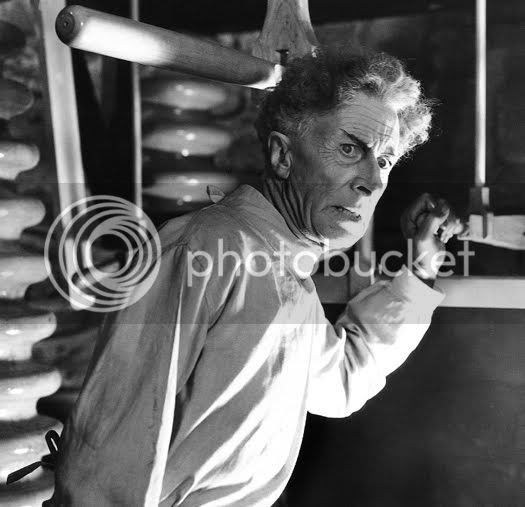 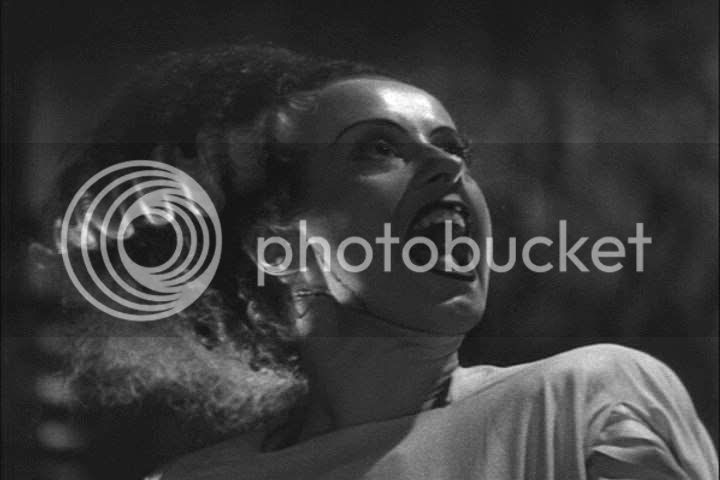 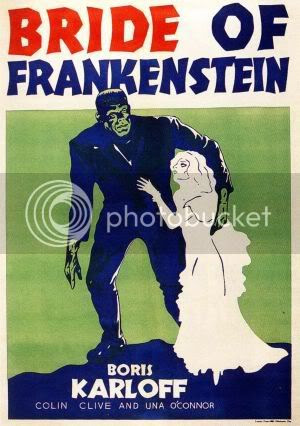 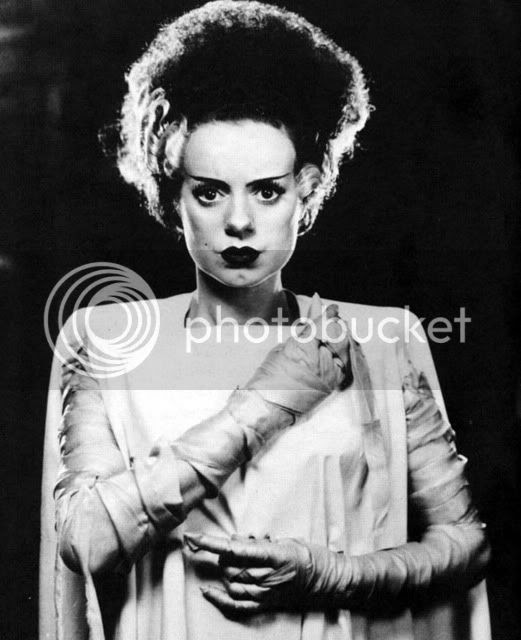 Posted by Waylon Piercy at 5:32 PM