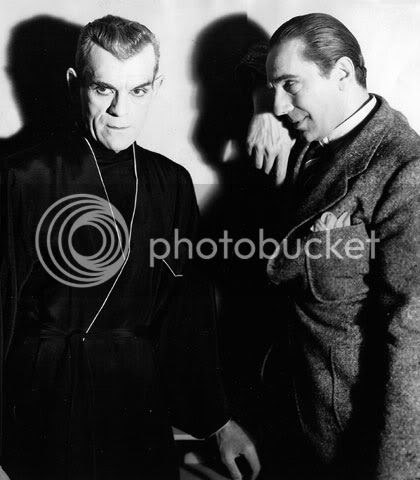 Edgar Allan Poe created a body of work that has fired the imaginations of readers for nearly two centuries. It was inevitable that filmmakers would mine his stories for ideas, and it has been going on almost continuously since the '30s, in film and, later, on television. A rare few of these adaptations have captured the essence of Poe's work, remaining remarkably faithful to his stories. The Black Cat is not one of these. 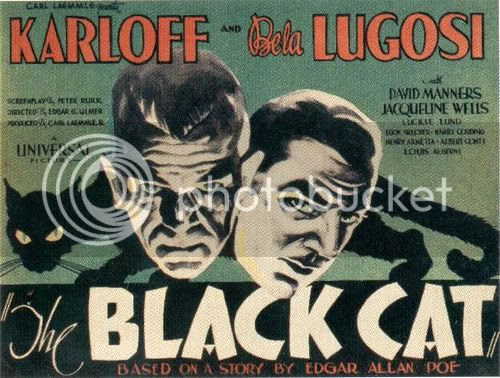 That's not a condemnation, though; The Black Cat is a great movie. It was the first film to pair top horror stars Bela Lugosi and Boris Karloff, and represents their finest collaboration. (Some may argue that The Raven is better, but their roles are simply not equal in that film. As far as the pairing of the two icons, The Black Cat presents them both in the most equal roles the two would ever have in the same film.) 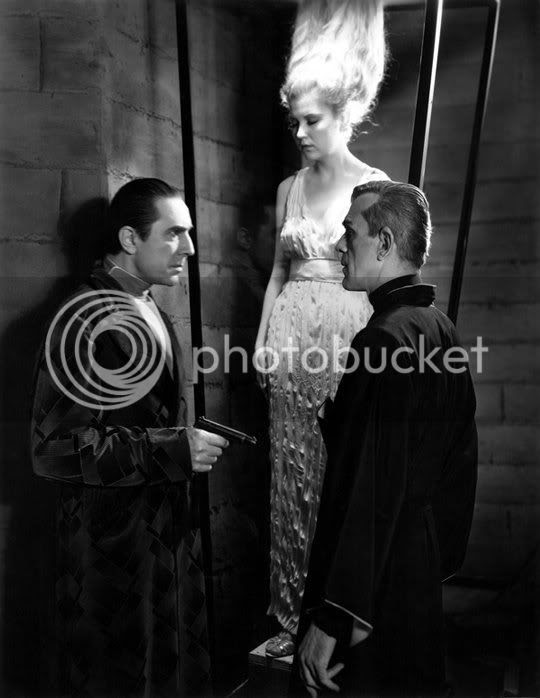 Filmed in 1934 by writer/director Edgar G. Ulmer, the film is a marvel of efficient, low-budget filmmaking. With a budget of only $91,125(the film did wind up going slightly over budget, but was still relatively dirt cheap), the film became Universal's biggest moneymaker of 1934, a smash hit with the public. (Demonstrating once more how Bela was routinely disrespected by Universal, he was paid $1,000 per week, with a three-week guarantee. Karloff was paid a flat $7500, and even David Manners, who plays writer Peter Alison, got $1,250 per week! This mistreatment persisted, despite Bela's tremendous appeal as a box office draw.) 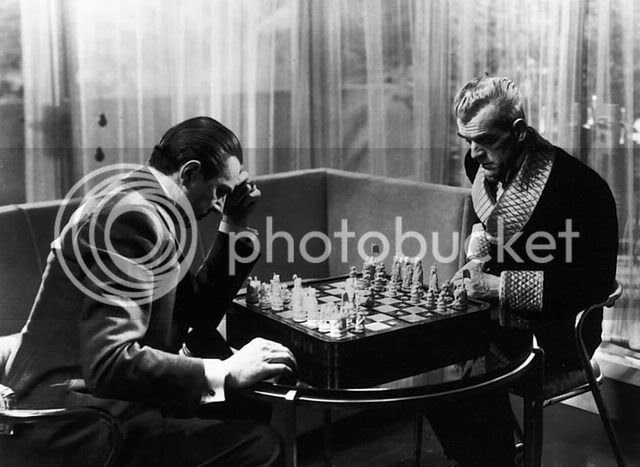 Newlyweds Peter(Manners) and Joan Alison(Julie Bishop, billed here as Jaqueline Wells) are honeymooning in Hungary when, by a twist of fate, they fall in with Vitus Werdegast(Bela). Vitus is on his way to exact revenge on his former friend, Hjalmer Poelzig(Karloff), who betrayed Vitus in the past. A series of events conspire to force the three of them to stay at Poelzig's house, where things quickly escalate. 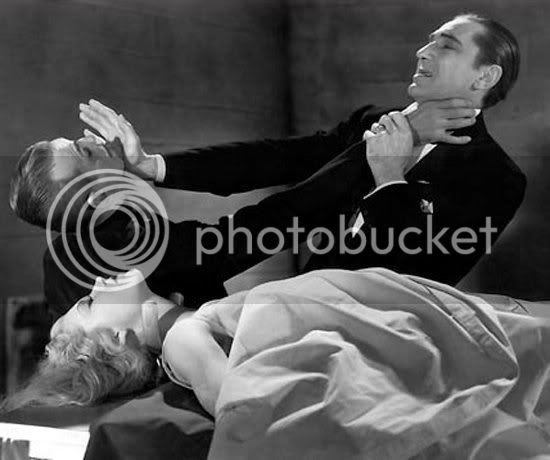 Ulmer brought a fantastic Bauhaus sensibility to the set design, which helps lend the film its unique look. The use of lighting in the film hearkens back to German expressionist films, something that Ulmer had on his resume. Lovely cinematogropahy and an excellent classical score compiled by Heinz Eric Roemheld complete the mood. A few of the classical pieces heard in the film may seem a bit cliched today, but they certainly weren't at the time. 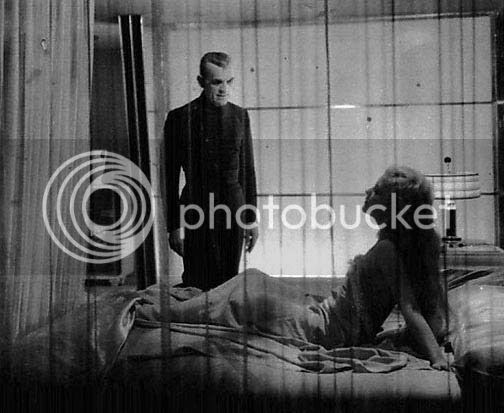 One of the most interesting aspects of The Black Cat is how we get to see both Karloff and Lugosi play against type. Karloff portrays the thoroughly evil villain with no redeeming qualities, while Lugosi is the more "normal," sympathetic protagonist  in the film(although that wasn't the case before some changes were made during re-shooting). Each man normally played the other sort of part, and it's refreshing to see them get to flex their acting muscles a bit more than they had the opportunity to do in numerous other films. 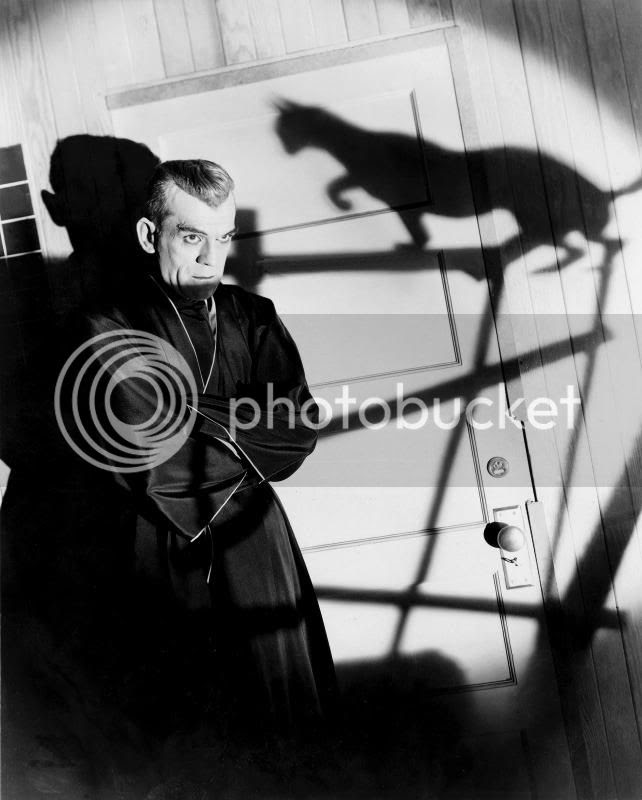 Despite the film's success, Ulmer's career was doomed. He had been having an affair with Shirley Alexander, the wife of Max Alexander-- Carl Laemmle's nephew. Ulmer was virtually blackballed from the major studios after that, spending the rest of his career making low-budget schlock such as The Man From Planet X and The Amazing Transparent Man. 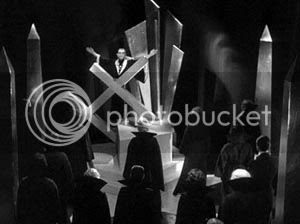 The Black Cat is stylish, subversive, and loaded with symbolism. It draws from occultism, German expressionism, innovative architectural design, and World War I and mixes them into something unique in the annals of classic horror. Its historic first-time pairing of horror's greatest icons is only one reason I recommend it so highly. It's one of the best films of the '30s. Watch it now. Then, watch it again, to pick up all the things you missed the first time through. It's one of those rare movies that keeps on giving. 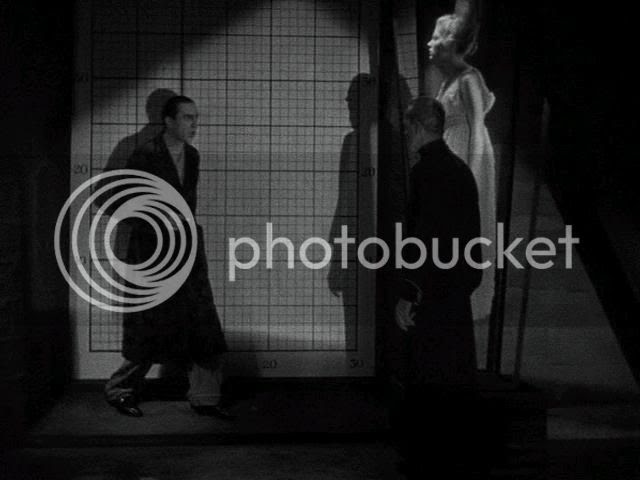 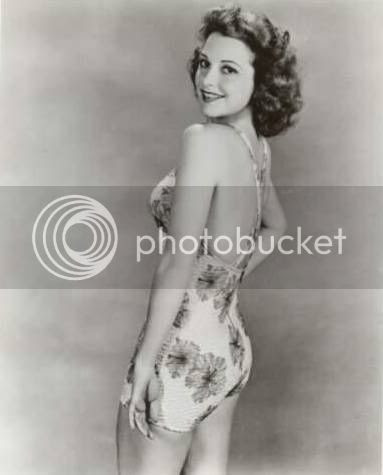 Actress Jaqueline Wells. This was the only decent photo I could find of her, honest! 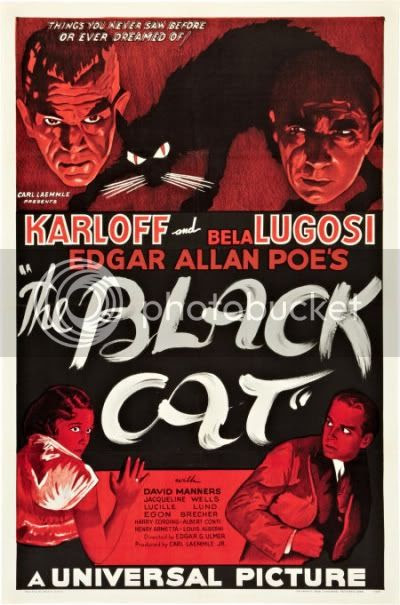 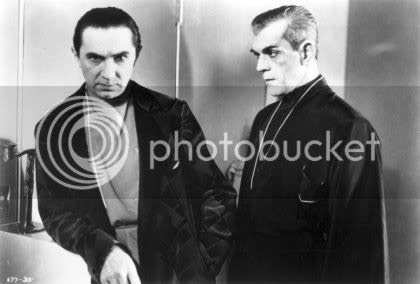 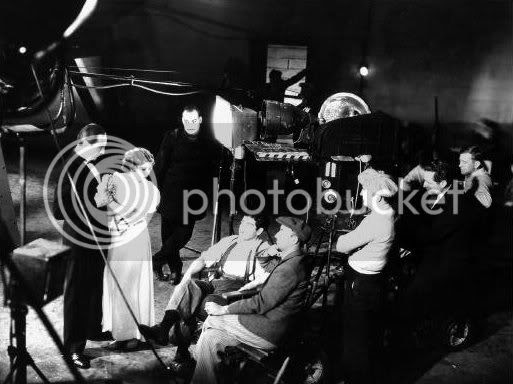 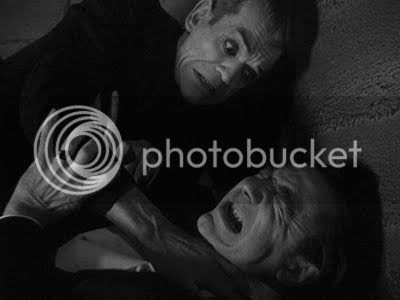 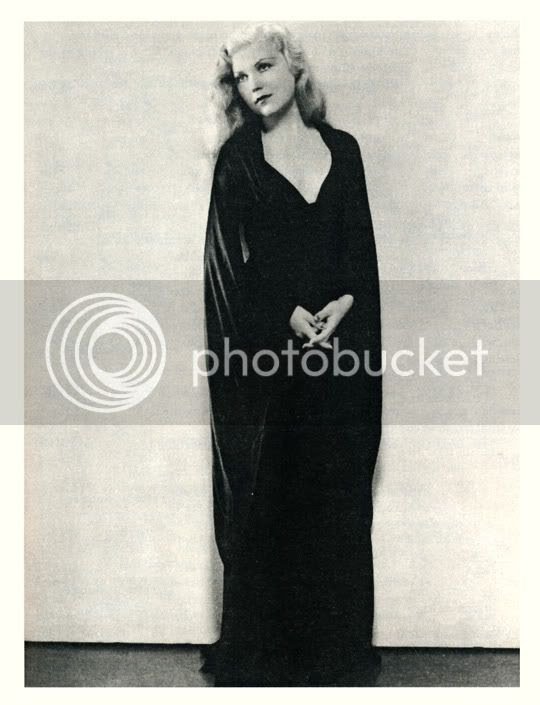 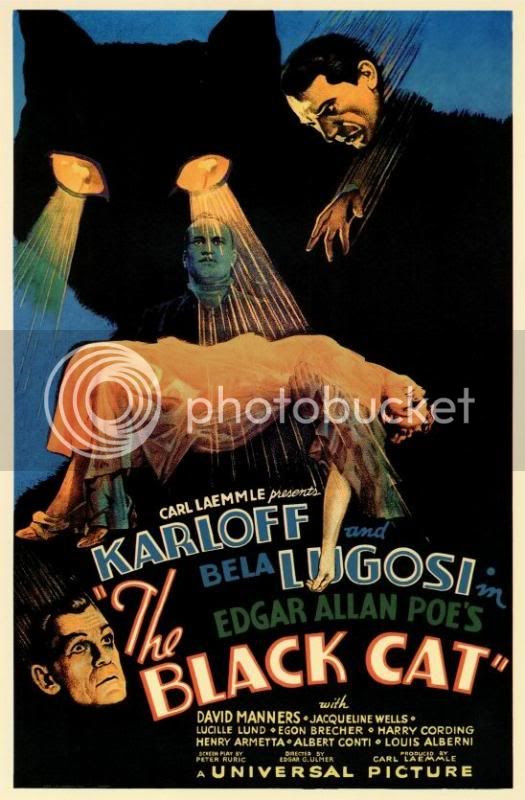 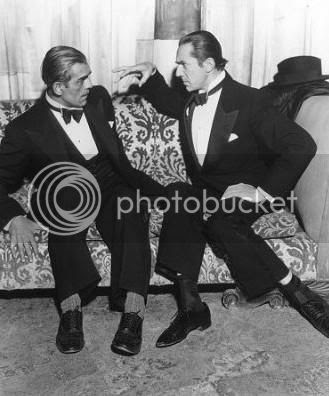 Posted by Waylon Piercy at 4:54 PM