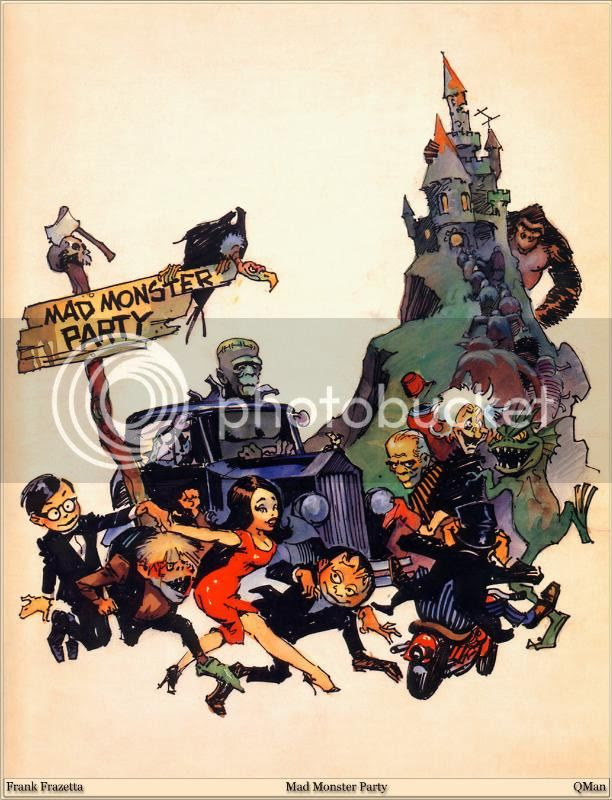 After mostly lying dormant during the '50s, classic monsters in the Universal vein enjoyed a huge resurgence in popularity during the 1960s. Classic monsters were literally everywhere, and film was no exception. One of the most beloved products of the monster revival is the 1967 Rankin/Bass film Mad Monster Party. 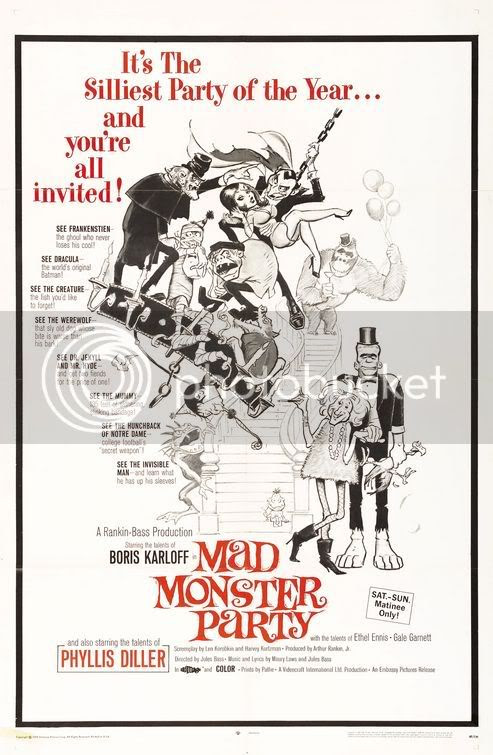 Baron von Frankenstein(voiced by Boris Karloff), leader of the worldwide organization of monsters, announces his retirement. While the likes of Dracula(Allen Swift), the Frankenstein Monster & his mate(Phyllis Diller), and the Baron's assistant Francesca (Gale Garnett) all  expect to be named as the Baron's successor, his geeky nephew Felix is named instead. Immediately, the monsters decide to work together to get rid of Felix. 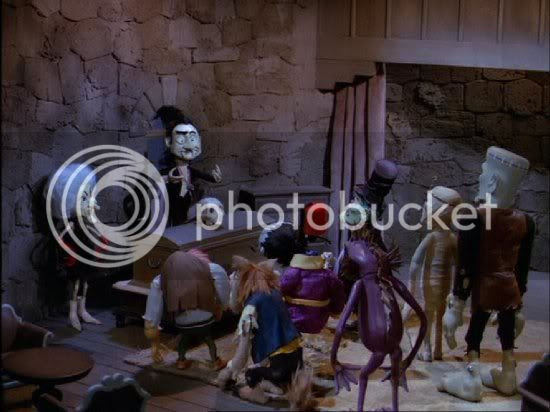 Filmed using stop-motion animation, Mad Monster Party features characters designed by Mad Magazine artist  Jack Davis. The designs are in a streamlined, rather cartoony style, which suits the story quite well. The distinctive design style has proved very influential; echoes can be seen on Sesame Street (more than a few people have noticed the Count's almost exact resemblance to MMP's Dracula) and in the art and animated work of Tim Burton. 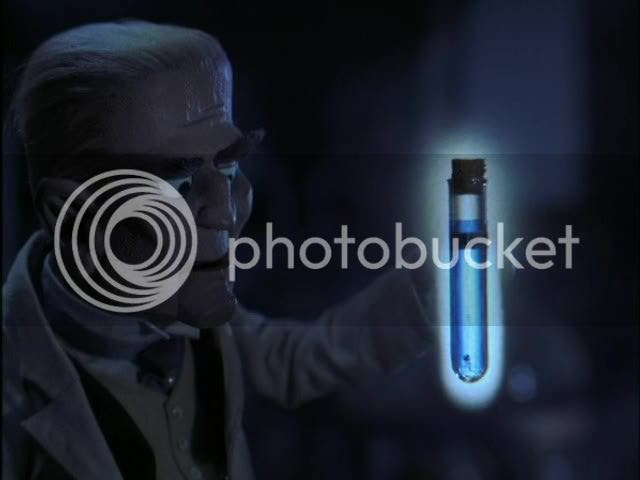 Although the film is kid-friendly, Mad Monster Party has plenty of jokes for adults that will fly right over the heads of small children. If, like me, you don't care much for musicals, some of the songs can run a little too long. That aside, Mad Monster Party is loads of fun, and deserves a spot on your Halloween viewing queue. 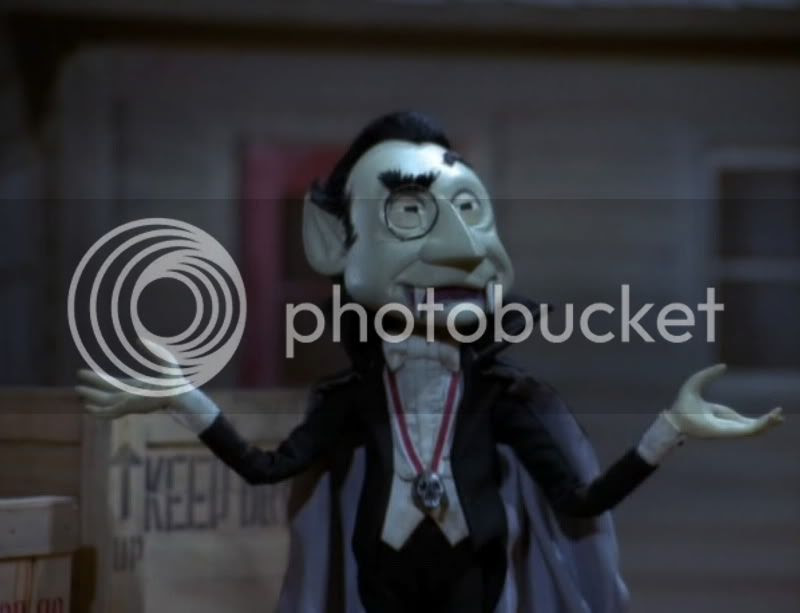 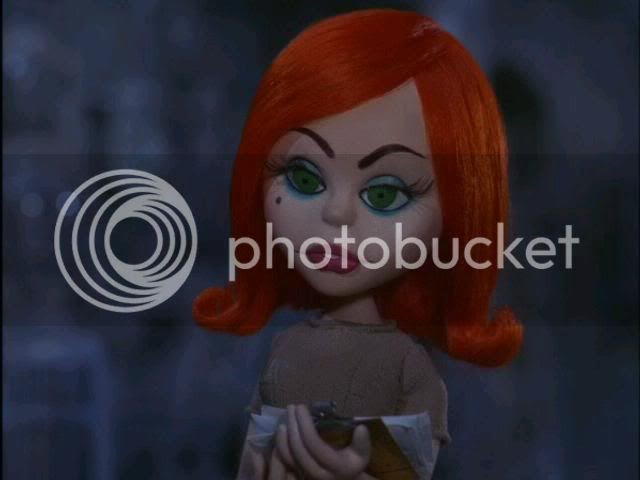 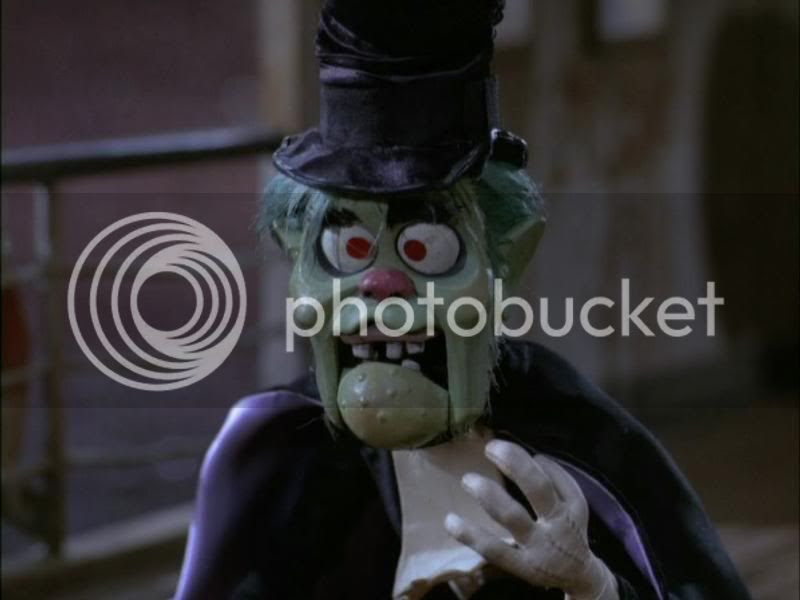 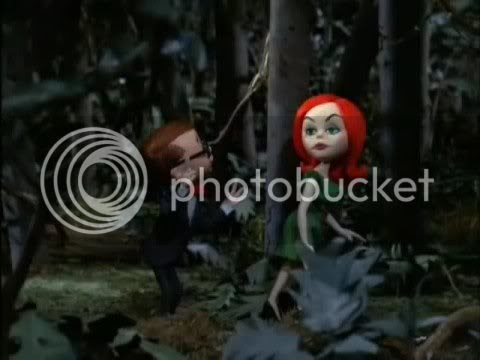 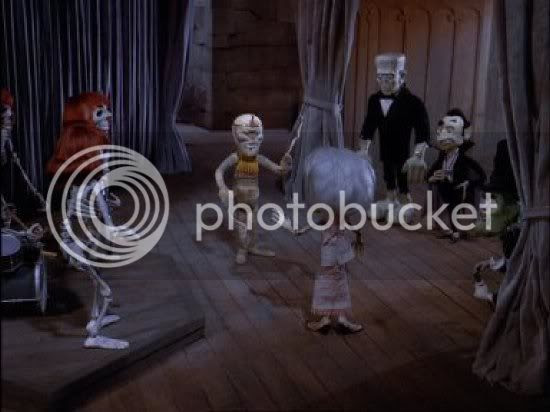 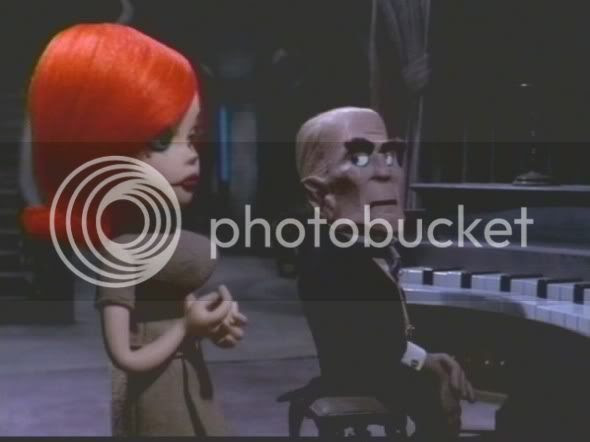 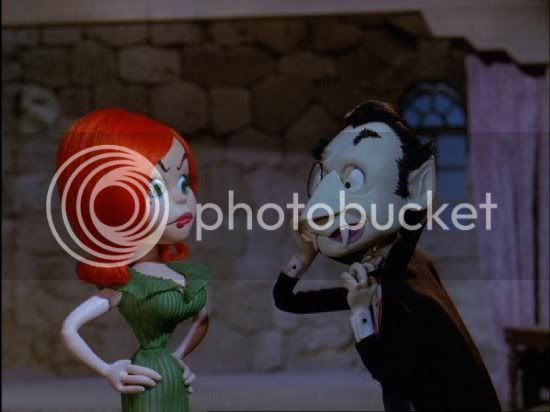 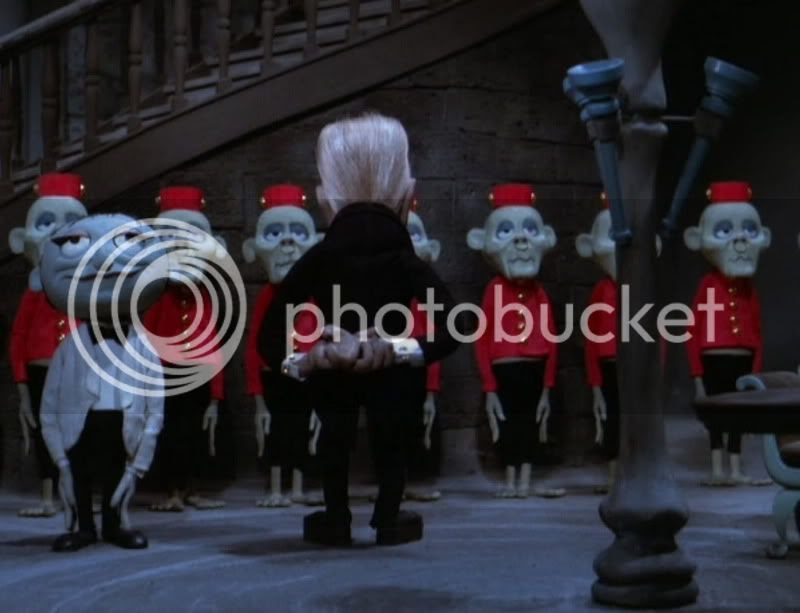 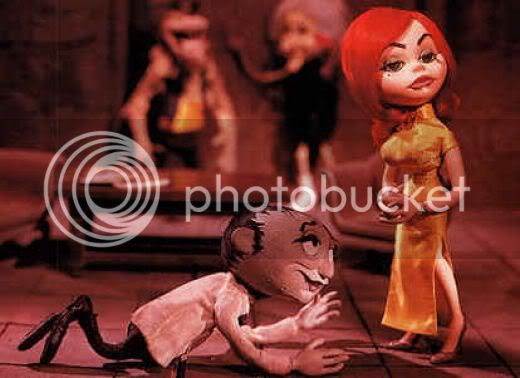 Posted by Waylon Piercy at 2:34 AM