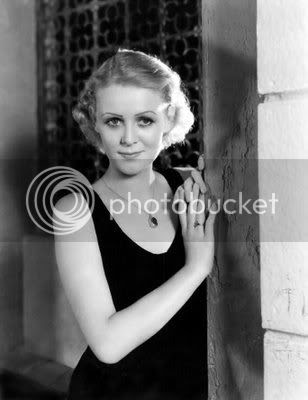 In honor of the wonderful Gloria Stuart, who passed away Monday at the age of 100, my first 31 Days of Halloween entry focuses on a film featuring her: director James Whale's fantastic 1933 classic The Invisible Man. 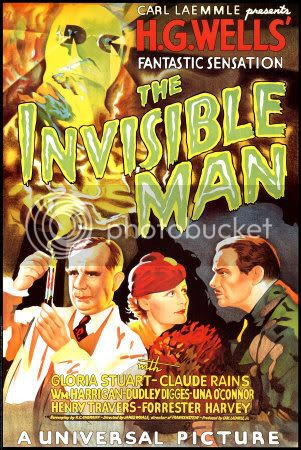 This film is significant for several reasons: First of all, it was the Hollywood debut of the great Claude Rains; although we do not see his face until the very end of the film, his booming voice embodies the character with such power and conviction that it doesn't matter. After the histrionics of the titular invisible man throughout the film, backed up with that marvelous voice, it's almost shocking to see Rains' rather kind features revealed at the conclusion.
Second, this film was another stepping stone for Whale to the sublime Bride of Frankenstein, regarded by many to be the greatest horror film ever made.
Third, the ground-breaking visual effects utilized in this film remain impressive to this day. Audiences were absolutely stunned at the time of its release, and they still hold up quite well in this age of over-reliance on CG effects.  Jump to about 4:50 in this video, and see for yourself. 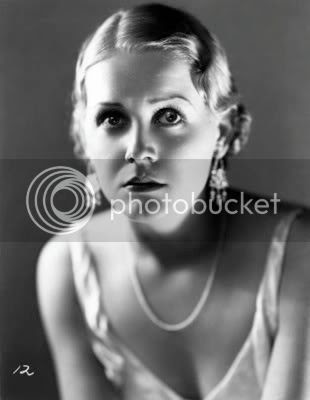 Fourth, and most important of all, it's a damn good movie. I won't be summarizing these movies in detail as my hope is that these entries will lead some of you to seek these classics out and view them for yourselves; suffice to say, the film follows the story of a scientist who finds a way to make himself invisible, and proceeds to wreak havoc. (He is actually trying to find a way to cure his invisible condition when the film begins, but the small town where he's holed up is filled with the nosiest, most obnoxious people on the face of the planet, so things don't go so well.) The film is filled with the humor and quirky characters with whom Whale loved to fill his films, and genre fans will recognize Whale regulars Una O'Conner, E. E. Clive, and Forrester Harvey, all of whom appeared in Bride of Frankenstein. Sharp-eyed viewers may also recognize Henry Travers-- best known as Clarence the angel in It's a Wonderful Life--  as Gloria Stuart's character's father. 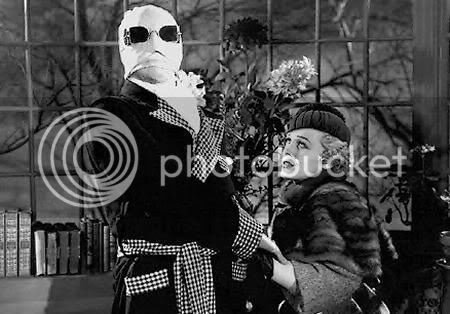 Gloria Stuart portrays Flora, the love interest for the Invisible Man, and the one stabilizing factor he has in his life(not that it does anyone much good!). Whale must have liked Stuart, as he had just used her in The Old Dark House. The script honestly doesn't give her a whole hell of a lot to do, but she handles the material well all the same. 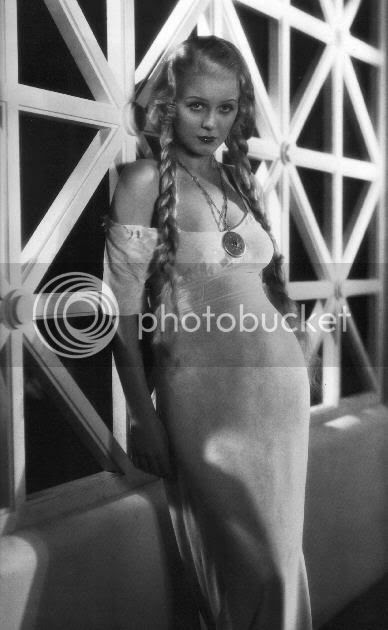 In the end, this is a very entertaining classic film, and is on the short list of films that anyone interested in classic horror films, or just classic films in general, should watch. The performances range from adequate to excellent, the visual effects are astonishing, and the overall package is great fun.

Posted by Waylon Piercy at 2:42 AM