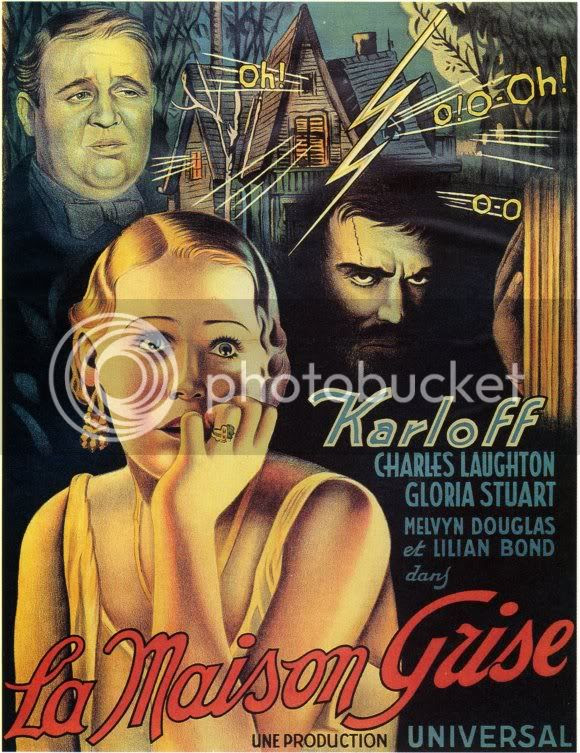 After the runaway success of 1931's Frankenstein, director James Whale and Boris Karloff re-teamed for 1932's The Old Dark House. Based on the 1927 book Benighted by J. B. Priestley, the film is a wonderful showcase for Whale's directorial style and ability, and contains a great deal of dark comedy that makes the film a fitting precursor to 1935's The Bride of Frankenstein. 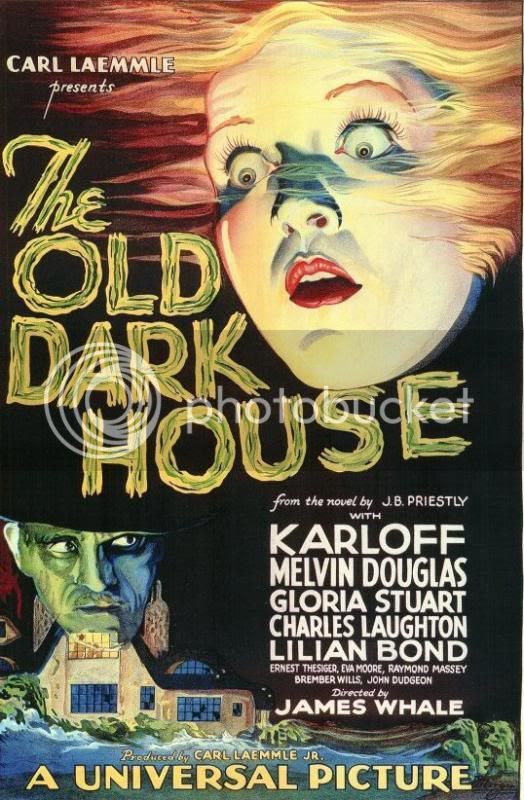 In a desolate region of Wales, travelers Roger Penderel(Melvyn Douglas), Philip Waverton(Raymond Massey), his wife  Margaret(Gloria Stuart), Sir William Porterhouse(Charles Laughton), and his traveling companion Gladys Perkins(Lilian Bond) are forced to seek shelter from a raging storm at the home of the Femms. Patriarch Horace Femm(Ernest Thesiger) and his mean-spirited sister Rebecca(Eva Moore) are an odd pair, although they allow the group to wait out the storm. Surly butler Morgan(Karloff) has an obvious desire for Margaret, and becomes violent as the night wears on. And there is always the lurking threat of Saul Femm(Brember Wills), who the family keeps locked away upstairs... 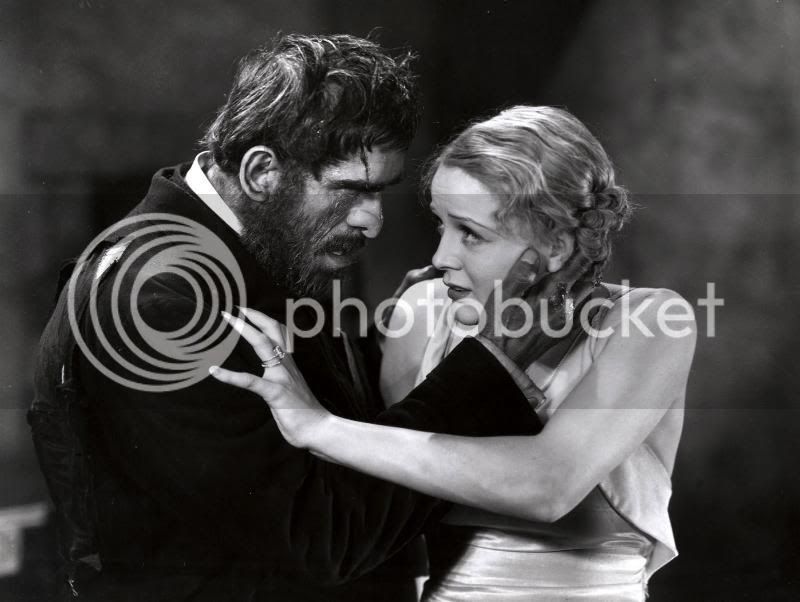 The performances are uniformly excellent across the board. The standouts are the delightful Ernest Thesiger as Horace, Eva Moore as Rebecca, and Brember Wills as the sinister (or is he?) Saul. This trio, Thesiger and Moore in particular, make the audience every bit as uncomfortable as they do the other characters. Karloff gets little to do here, as Morgan is a violent brute and little more, but Karloff performs more than adequately in the role as scripted. The rest of the cast is quite good, if none of them really stand out too much(although Glroia Stuart makes an indelible impression in that white dress; Whale wanted her to look "like a white flame," and effect that was most certainly realized!). 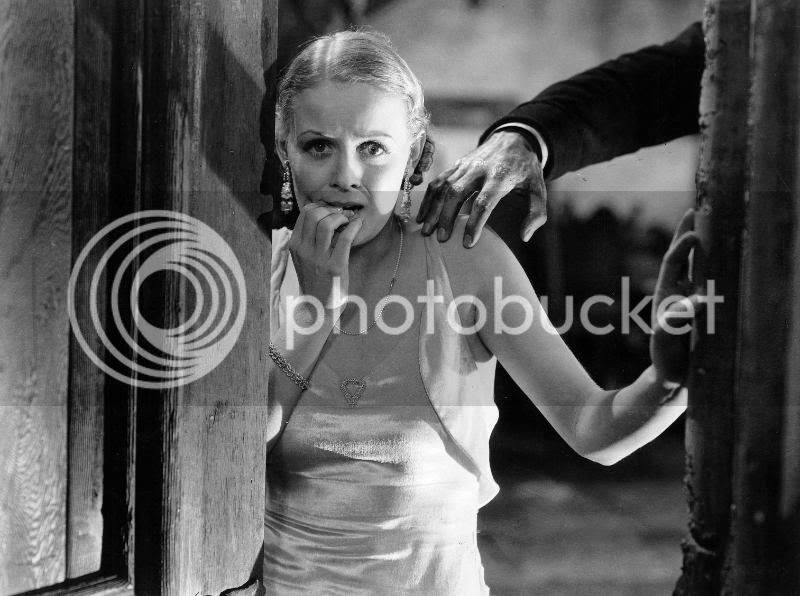 The Old Dark House was believed lost for many years, but fortunately, a print was located in 1968, thanks in large part to the efforts of Whales friend Curtis Harrington. Thank Heaven for that, as this is one of the most entertaining films of its era. The Old Dark House is at equal turns chilling and humorous, and it never crosses the line or risks becoming a farce. It has atmosphere to spare, and presents several moments that will stay with you after you're done watching it. 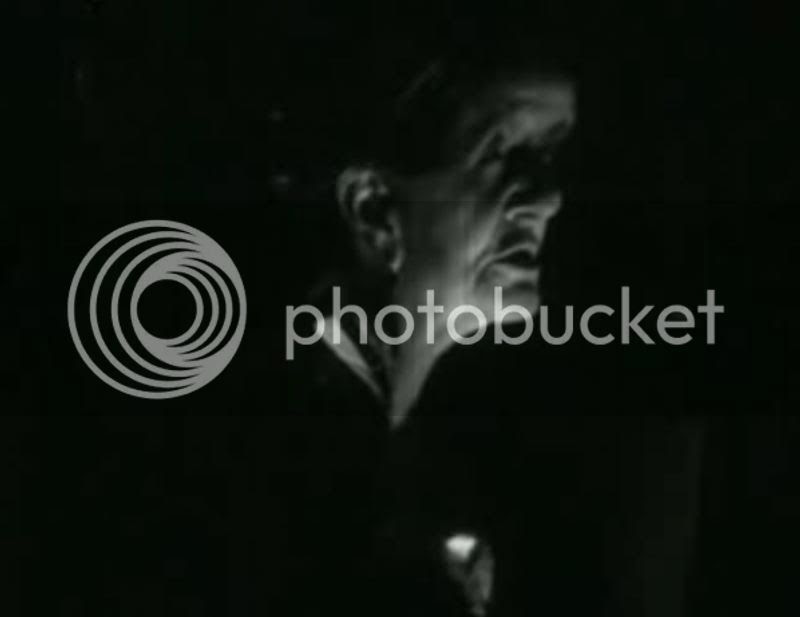 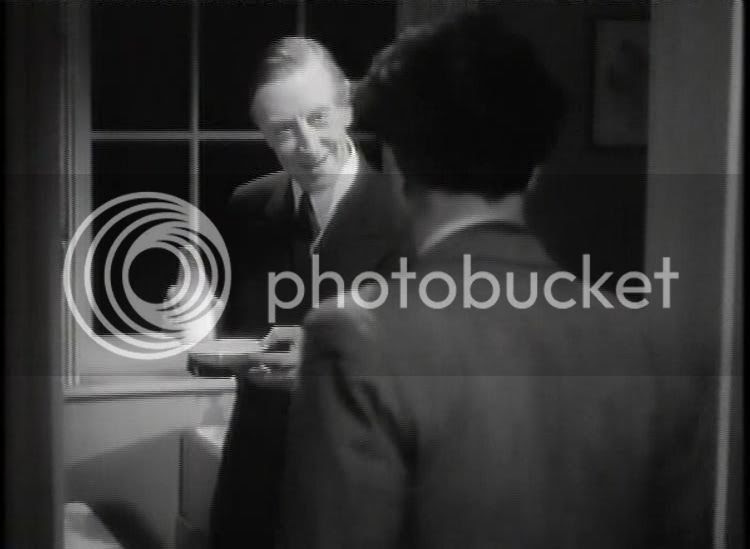 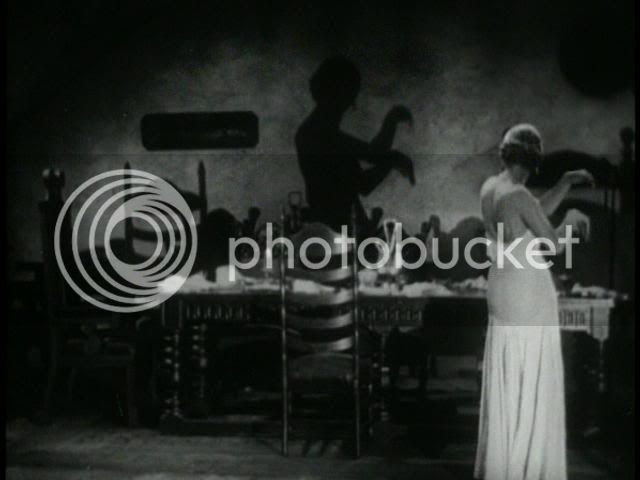 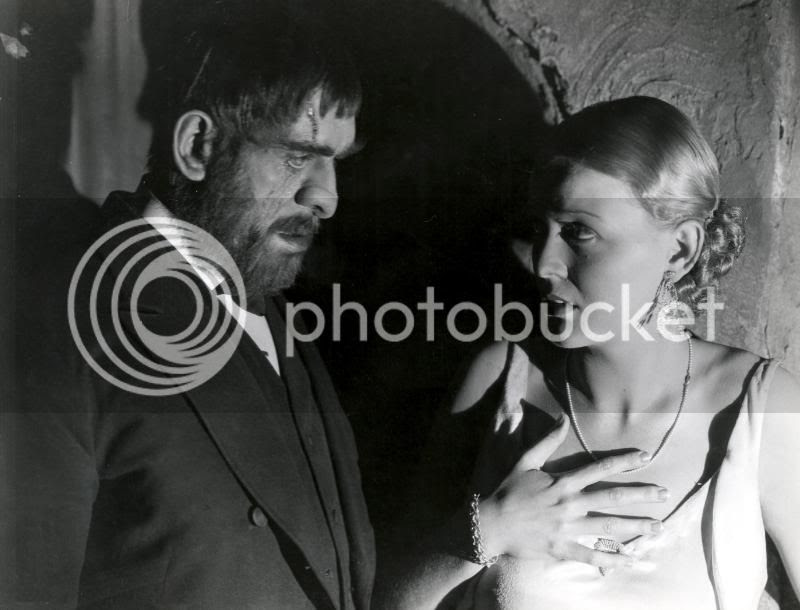 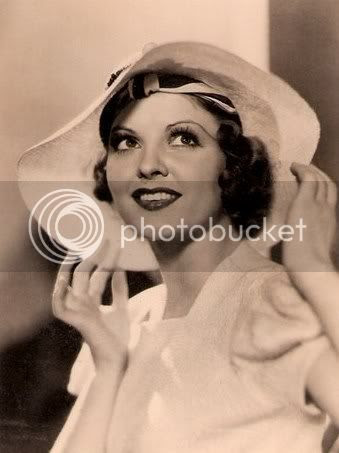 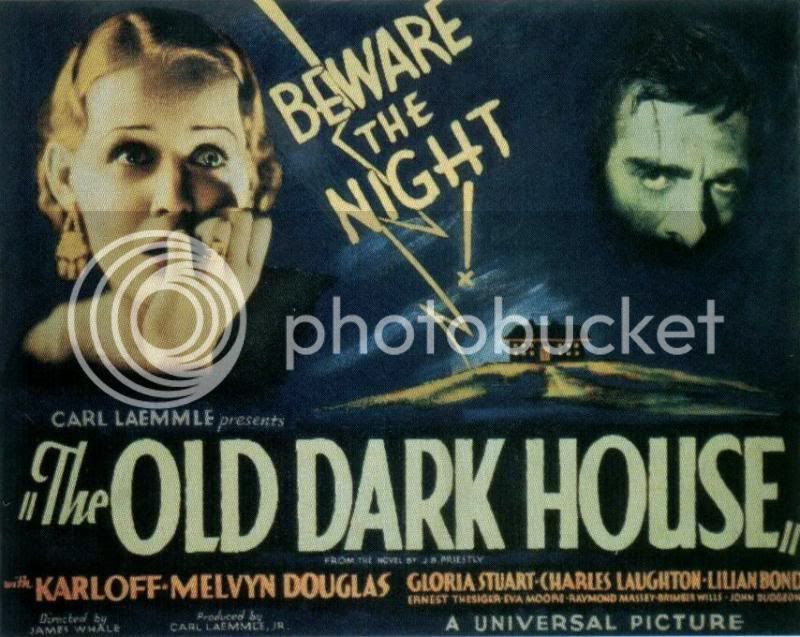 Posted by Waylon Piercy at 4:06 AM