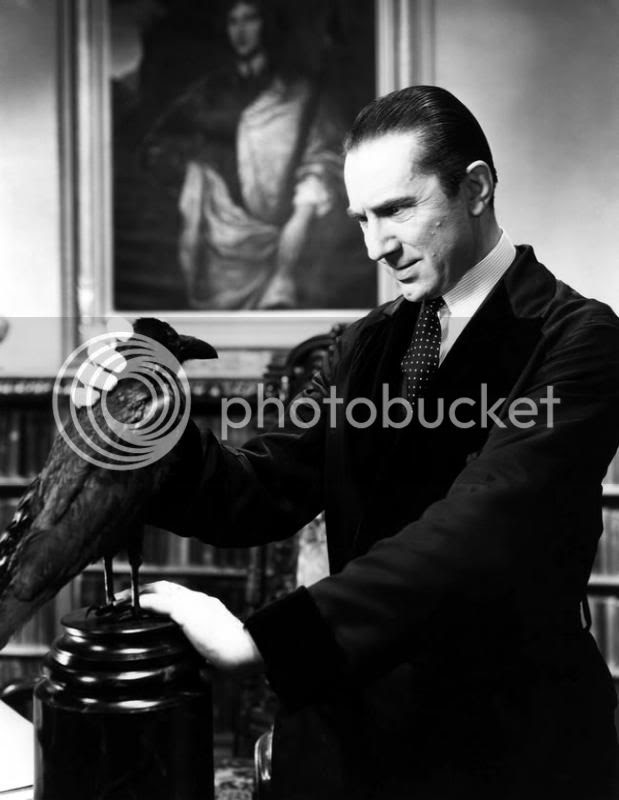 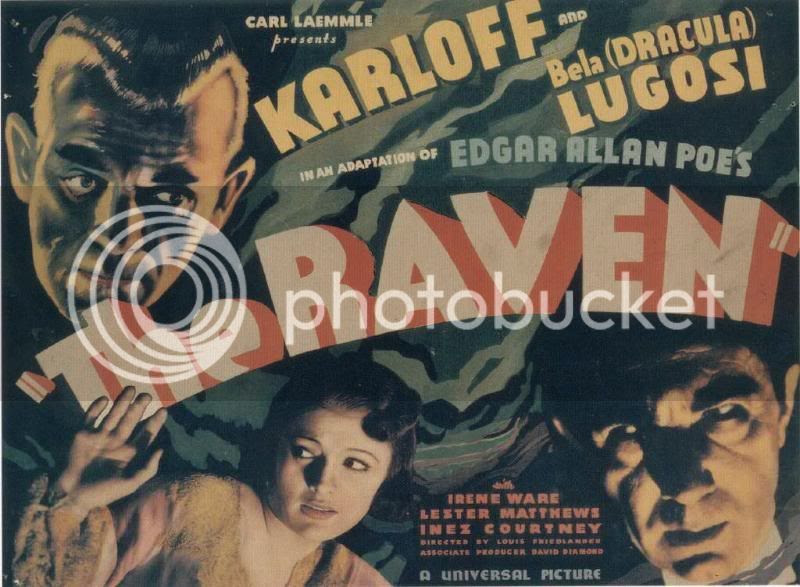 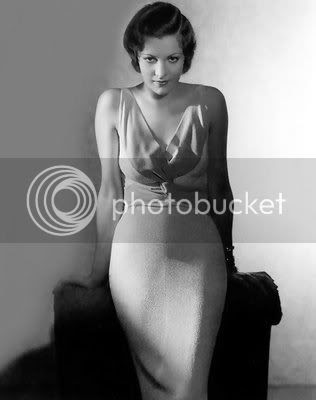 The second film to team top horror icons Bela Lugosi and Boris Karloff, The Raven revolves around the brilliant and vain Dr. Vollin(Lugosi). Vollin is obsessed with Poe, and has built working replicas of the many torture devices featured in Poe's stories. Judge Thatcher(Samuel S. Hiunds)'s daughter Jean(Irene Ware) has been involved in a bad car accident, and the Judge appeals to Dr. vollin for help. Vollin refuses at first, claiming he is retired, but eventually agrees after much flattery. 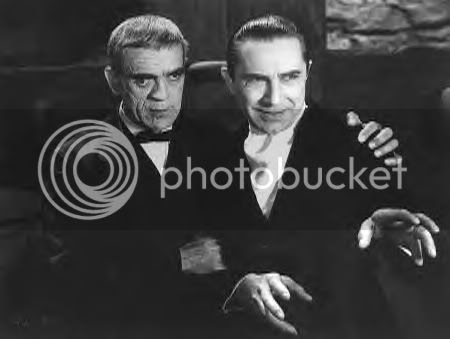 As Jean recovers, Vollin realizes he is strongly attracted to her. Her father and her fiancee Jerry(Lester Matthews) see that she is becoming infatuated to Vollin as well, and seek to prevent it. Vollin's carefully ordered world is rocked by these events, and when an escaped convict(Karloff) appeals to him for help, Vollin uses him to put his plans for revenge in motion. Vollin is determined to restore order to his world, no matter how many lives he must ruin! 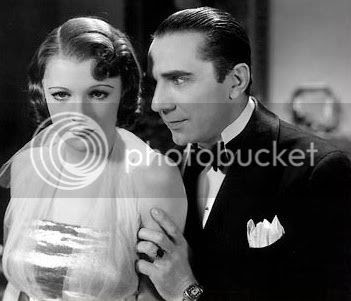 Lugosi is amazing as Dr. Vollin. This is easily one of his finest performances, and those who think that Bela basically played Dracula over and over again should see this movie, and prepare to be proved wrong. Vollin is completely amoral, a self-described god "with the taint of human emotion," and "a law unto [himself]." It's very telling that Vollin agrees to operate to save Jean's live not out of compassion or adherence to his Hippocratic oath, but because all of his colleagues concede that he is the only man who can do it. Vollin is driven by ego and vanity, and cares only for himself, no matter the circumstances. There are plenty of scenes that allow Bela to cut loose with comic book grandeur, as well as many moments of sinister subtlety. 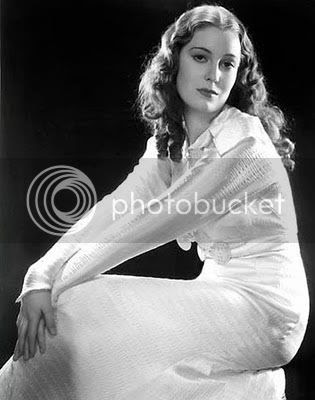 Karloff isn't given nearly as much screen time as Lugosi, but he does quite well with the character of Bateman. As Vollin's unwilling henchman, Karloff is quite menacing, and still brings the patented Karloff humanity to the portrayal. It's not one of Karloff's greatest performances, but it is a good, meaty supporting role. 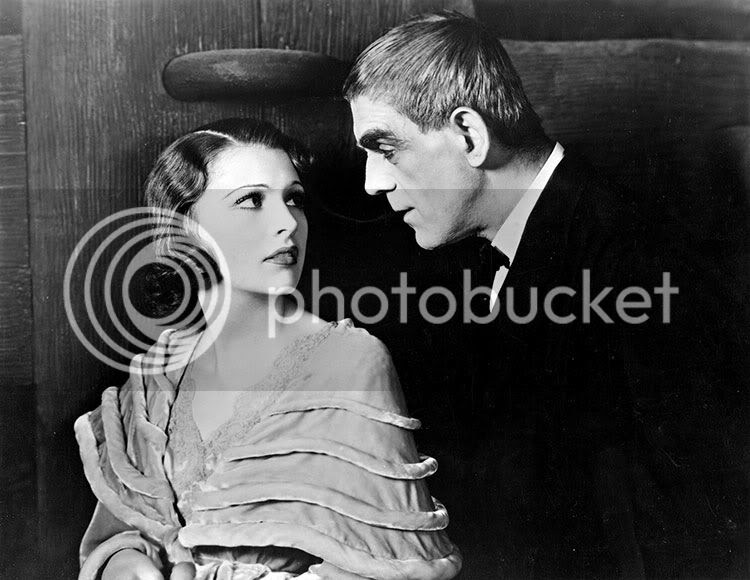 The rest of the cast is good overall, and the standout is Irene Ware as Jean. Of all the women menaced by Bela Lugosi in his films, she surely ranks in the top five! 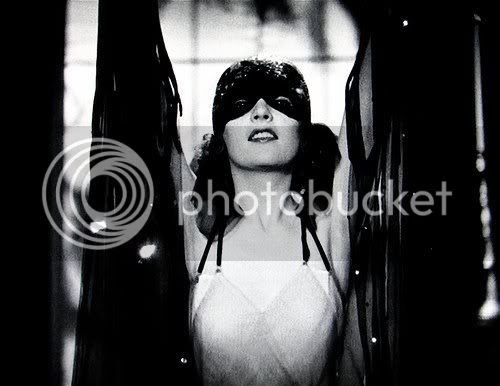 The Raven was the last straw for the censors in England, who placed a temporary ban on horror films that served as a precursor to the "permanent" ban that followed shortly thereafter. The scenes of torture incensed thew prudish censors, and the film box office take suffered as it was pulled from circulation in many markets. Ultimately, the film was one more step toward the end of the first cycle of horror films. 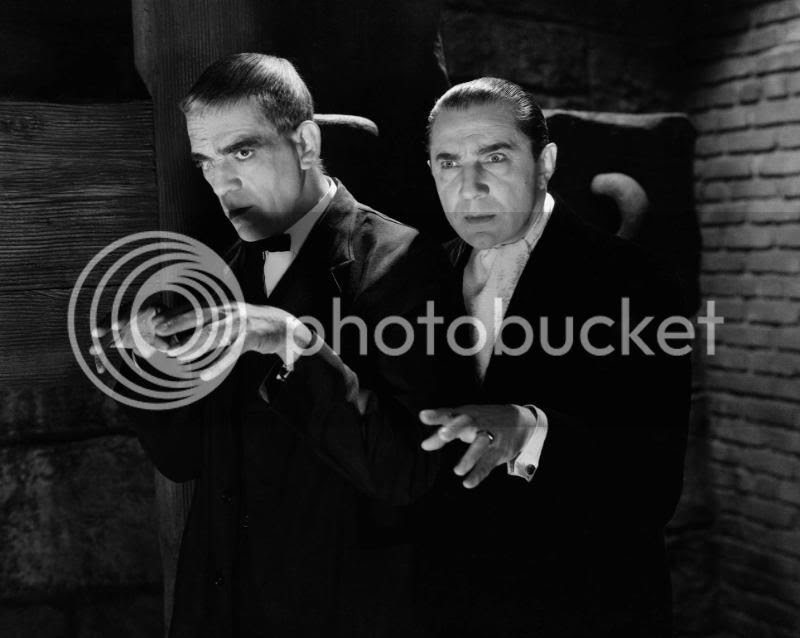 The Raven is generally not as well known as other films featuring Lugosi and Karloff, but it deserves to be. It is easily one of the very best films that Bela was ever in, and provides an excellent showcase for him at the peak of his abilities. The Raven is a fun movie for Karloff devotees, but for fans of Lugosi, it is absolutely indispensable. 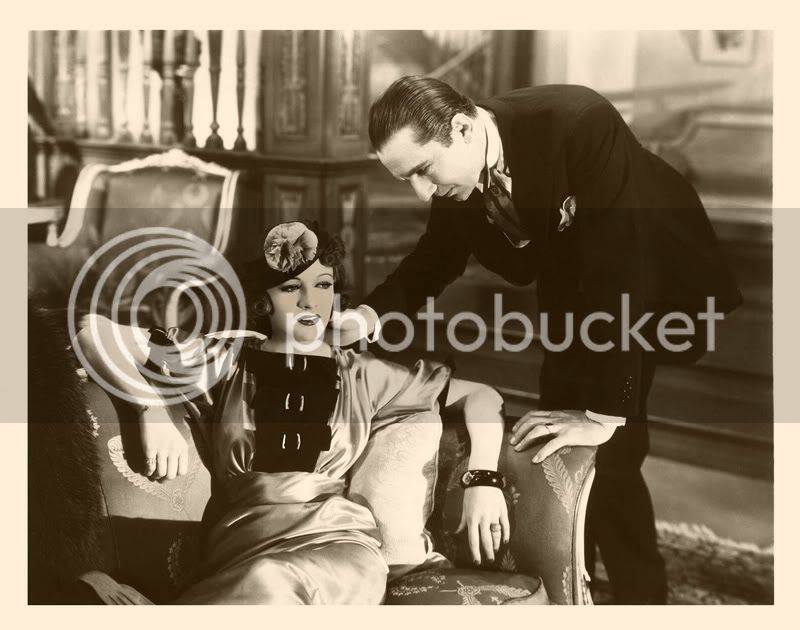 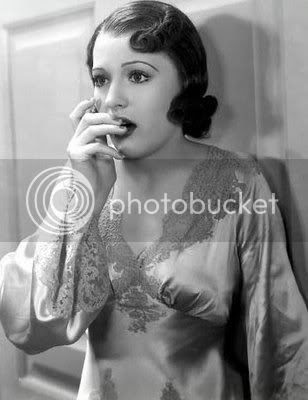 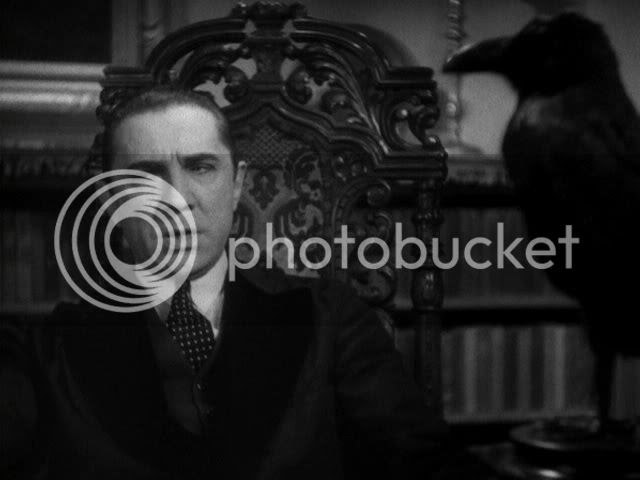 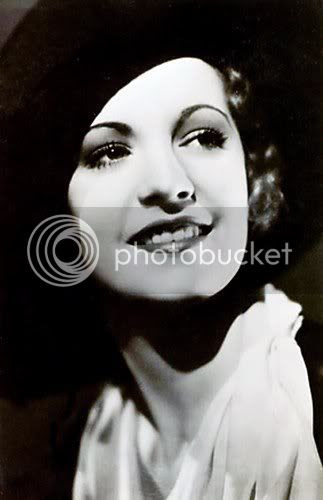 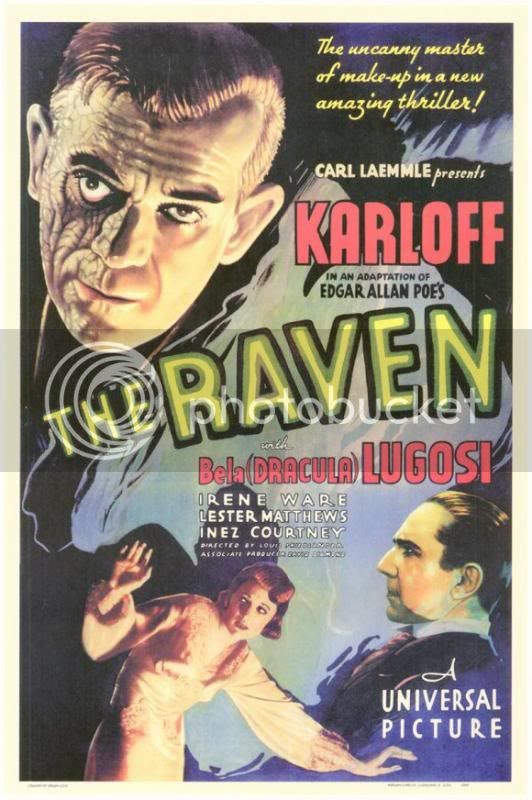 Posted by Waylon Piercy at 3:51 PM