31 Days of Halloween: Nosferatu: A Symphony of Horror 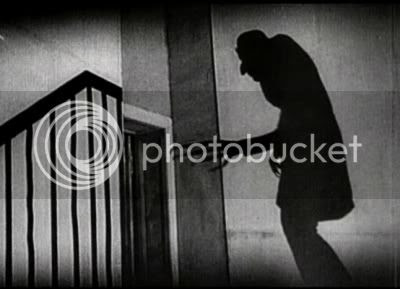 Few films are as respected and influential as 1921's Nosferatu. Directed in an eerie expressionist style by gifted German director F. W. Murnau, the film is the first time Bram Stoker's novel Dracula was adapted for the screen. However, copyright laws were not as well understood at that time, particularly in regard to film. Nosferatu was an unauthorized adaptation, and Stoker's widow Florence was fiercely protective of the copyright to her late husband's work. All prints of the film were ordered destroyed in an effort to erase the illegal film from existence; fortunately, these efforts were not entirely successful, and prints of the film survived. (Universal even acquired a print to study during pre-production on 1931's Dracula. Nosferatu's influence is very obvious during certain scenes in that film, and even more so in its Spanish counterpart.) 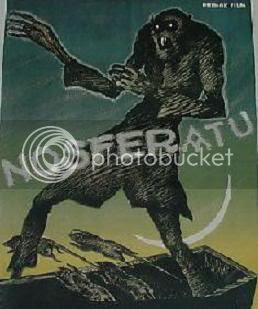 Thomas Hutter(Gustav von Wangenheim) leaves his home in Wisborg at the behest of his employer, Knock(Alexander Granach), to sell a house to the wealthy and mysterious Count Orlok(Max Schreck). Traveling to Transylvania, Hutter is greeted by Orlok, who quickly asserts his power over the young man. Orlok sees the locket containing a photo of Hutter's wife Ellen(Greta Schroder), and his attention shifts to her. Orlok travels to his new home in Wisborg, taking the black plague with him. His approach begins to affect Knock's mind, and he goes insane, devouring insects in an effort to consume their life force. Orlok arrives, and it is left to Ellen to find a way to destroy this ancient evil. 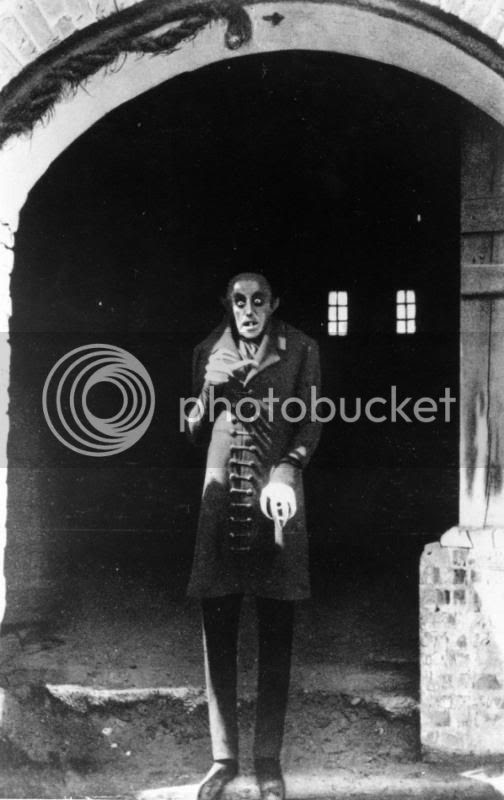 Nosferatu was filmed using real locations, a rather unusual practice for expressionist films. Hence, Count Orlok's castle is a real castle, his house is a real house, and so forth. The performances are quite good, in the rather broad style typical of silent film. Both Wangenheim and Schroder are particularly adept at communicating sheer terror when appropriate, and Wangenheim's swaggering bravado during scenes in which Orlok is not present gives Hutter far more character than Jonathan Harker has in most other Dracula adaptations. 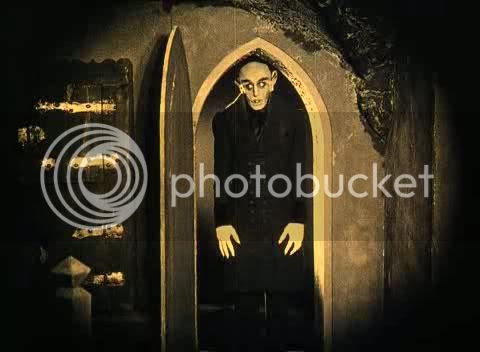 Schreck-- whose name, incidentally, means "terror"--  is a revelation as Count Orlok. This is not a simple role, and Schreck brings all the greed, evil, and intimidation (and even a hint of nobility) to the table that the character calls for. Orlok is a menace, a festering evil that feeds on innocent blood and spreads the plague through the thousands of rats that accompany him everywhere. It has been nearly 90 years since Nosferatu was made, and we have never been given a more physically sinister and overtly evil vampire than Count Orlok. The character is one of the all-time great horror icons for good reason. 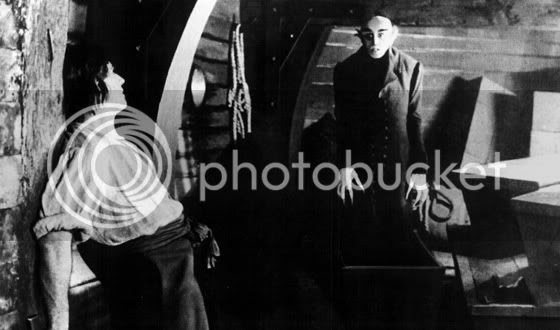 Nosferatu remains one of the creepiest, most unsettling films ever made. It may have lost its power to induce full-on terror in viewers, but it easily instills a sense of dread and real tension to this day. The film is so expertly crafted that it avoids many of the pitfalls typical of silent films, and never really becomes slow or stagey. It remains the finest vampire film ever made, and one of the most enthralling supernatural tales ever told. In this silent masterpiece, Murnau distilled the very essence of terror, and splashed it across the screen for all of us to enjoy. Nosferatu is one of those rare films that is required viewing for anyone with an interest in the horror film. 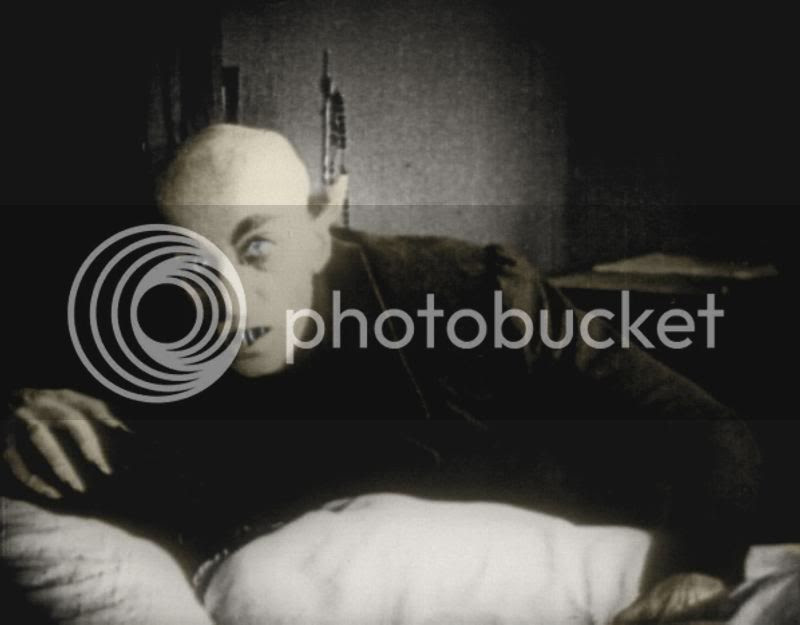 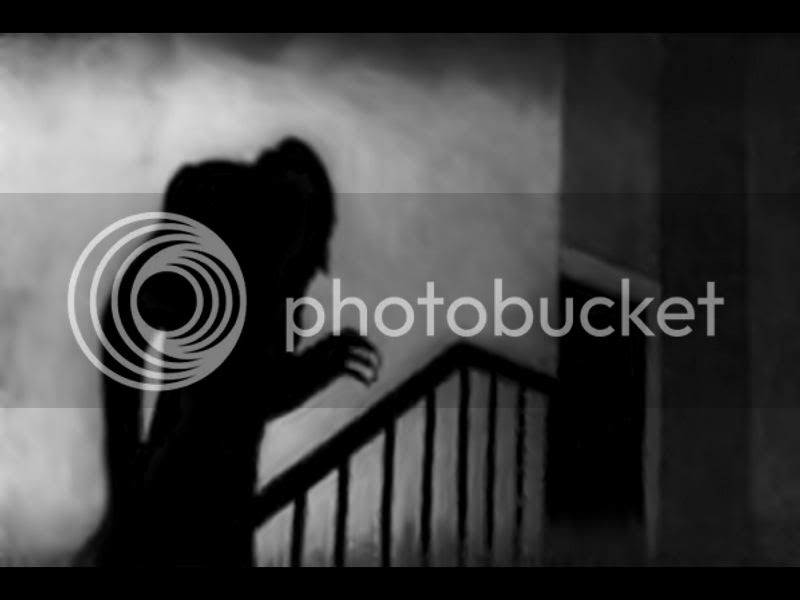 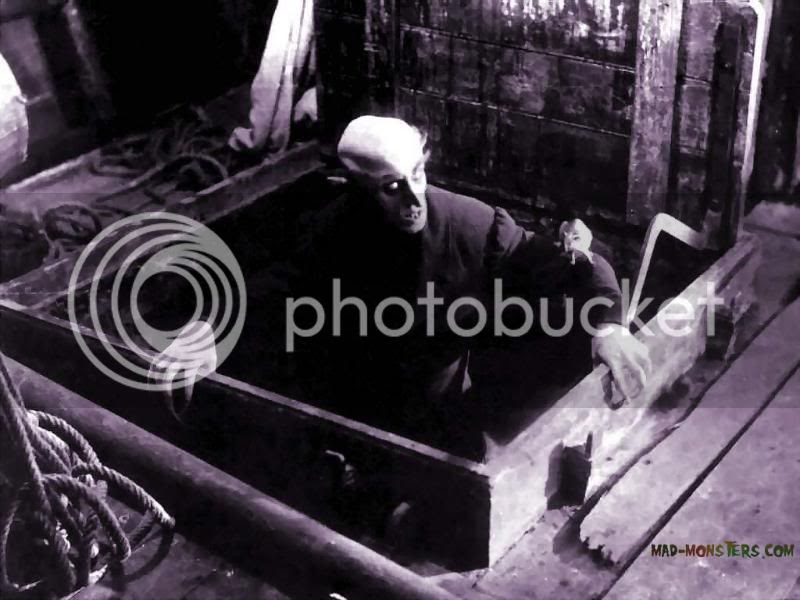 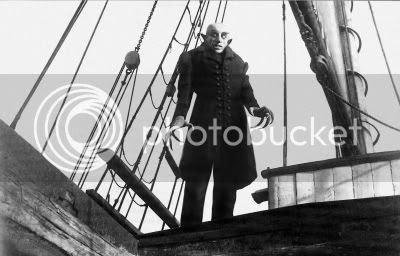