31 Days of Halloween: The Curse of Frankenstein

After the Universal horror series of films descended into self-mockery in the second half of the 1940s, few seemed willing to take screen monsters seriously. The atom age monsters were all the rage, in films such as Them!, The Deadly Mantis, and the series featuring the undisputed king of such features, Godzilla. The likes of Dracula and the Frankenstein monster were seen as passe, relegated to cheap drive-in fare such as Blood of the Vampire and Frankenstein's Daughter. (Although, as someone who can enjoy the cheaply-made cheese on some level, I'd be the first to admit that movies such as these are not without merit. Still, the point is that these classic monster characters were no longer being treated with any cinematic dignity.) 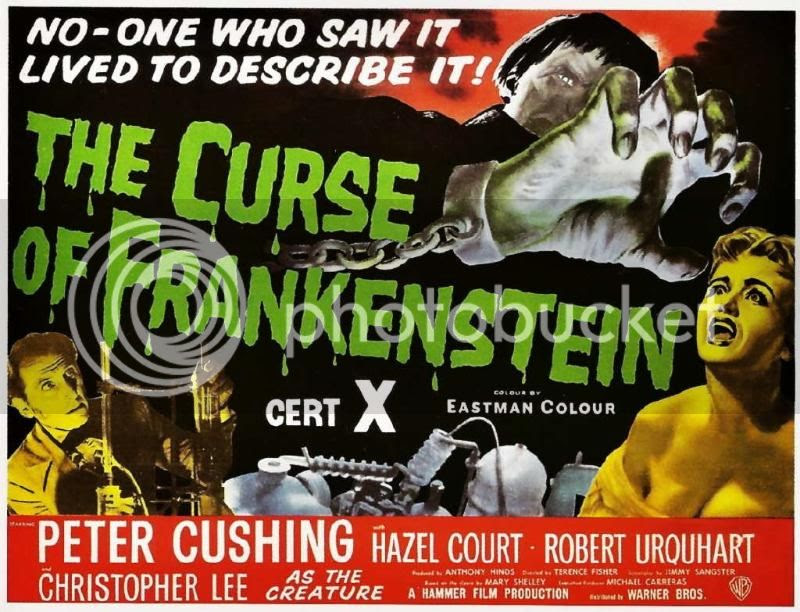 That changed in 1957, when the British Hammer studio released its first foray into the horror genre: The Curse of Frankenstein. Filmed in vivid color, the film gave the stuffy British censors fits, but audiences couldn't get enough of it. The film fared just as well upon its release in America. Peter Cushing and Christopher Lee became superstars, and Hammer became a major player practically overnight. For most of the next two decades, Hammer horror was a fixture of the cinema. 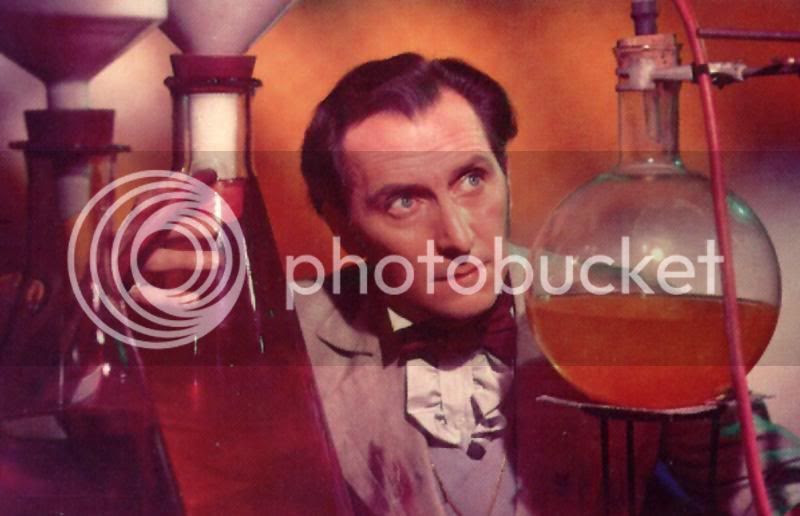 We'll get to some of those other films later this month. For now, it's all about the Curse. Peter Cushing stars as Baron Frankenstein, a brilliant but arrogant scientist who is (say it with me) obsessed with creating life. Heedless of the danger to his fiancee Elizabeth(Hazel Court), and against the advice of his best friend Paul(Robert Urquhart),  Frankenstein succeeds in creating his monster(Christopher Lee). As you can imagine, mayhem ensues. 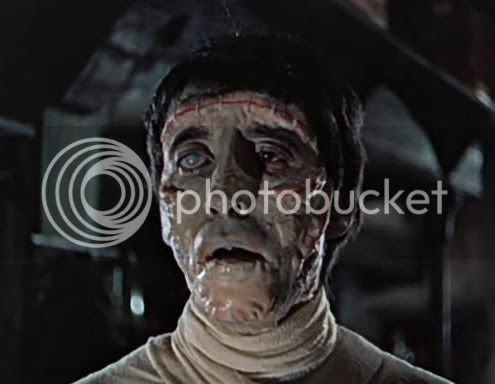 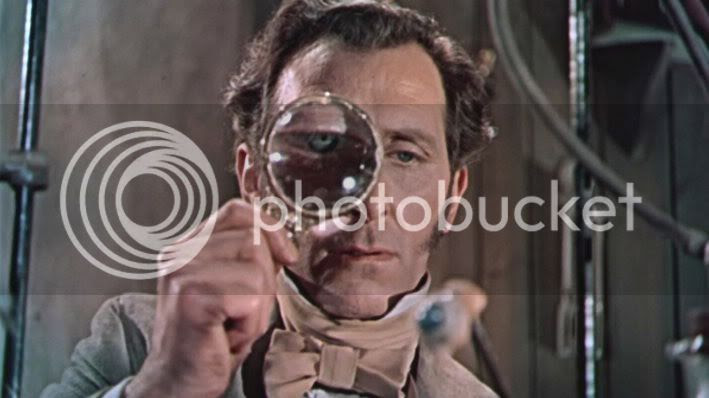 In Curse, Frankenstein's success at creating life does not exactly meet his expectations. Lee's monster is hideous to behold, and prone to violent outbursts with no warning. Without the use of his marvelous voice, the often-underrated Lee proves his mettle as a versatile actor with a very effective pantomime performance. Where Karloff portrayed his monster as a developing child, Lee's monster is an animal, operating on base instinct. There are several sequences in the film that really drive this home, but I'll avoid citing specifics so as not to spoil the experience of watching the film. However, it is absolutely clear by the end of the film that the true monster is Frankenstein himself, not the pitiful creature he has created. Cushing would take the character progressively further down this road in each subsequent film, in a series of excellent performances. 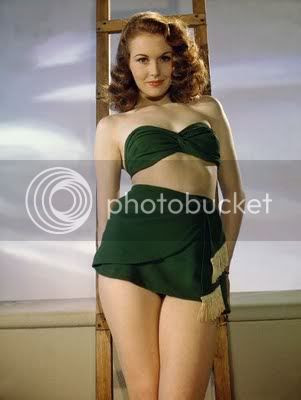 Hazel Court as Elizabeth was an immediate hit with audiences in 1957, and she became one of the screen's premiere scream queens. A very interesting fact I only recently came across (at the TCM website) in an interview with Court: the Victorian-era dresses she wore in the film were genuine dresses from that era that had been passed down over the years. 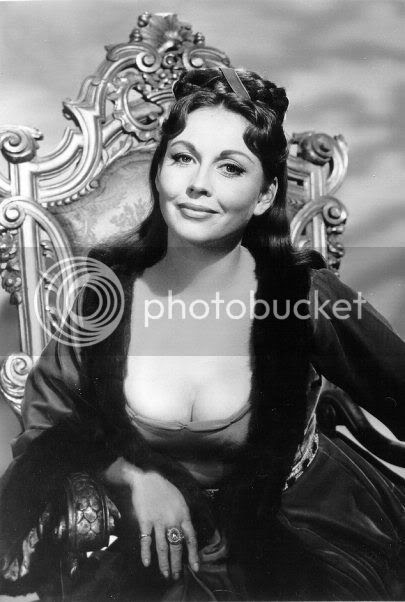 The Hammer films are generally not as well-regarded as the Universal classics, and I agree that the Universal horrors, particularly the ones from the first half of the 1930s, tend to be a bit better. But the Hammer films are certainly well-worth watching, and Curse is one of the best of the bunch. I don't think anyone will be proclaiming Lee's monster the equal of Karloff's, but his performance is quite good when judged on its own merits(he ranks #2 on my personal list of the greatest Frankenstein monsters). And, with respect to the excellent Colin Clive performances in the first two Universal Frankenstein films, Cushing's Frankenstein is the greatest ever committed to celluloid. The film has a wonderful Gothic horror atmosphere, the cast is very well-chosen, the rousing score is pitch-perfect, and it's a perfect entry point for someone unfamiliar with the Hammer films who is interested in dipping a toe in the water. 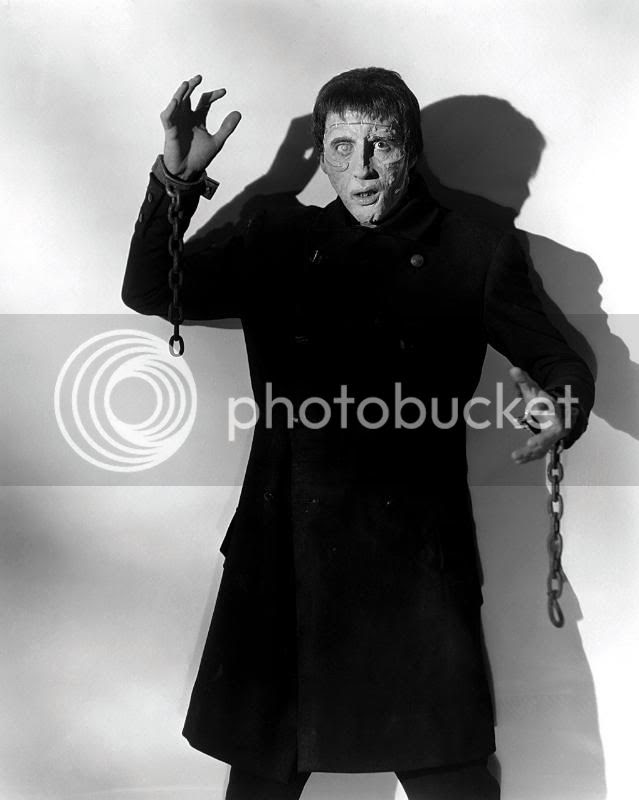 Posted by Waylon Piercy at 3:38 AM