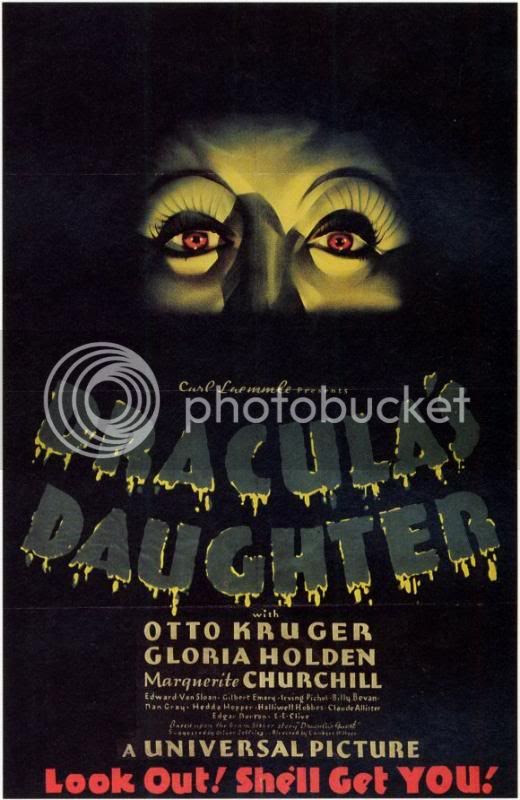 Following the astounding success of Universal's Dracula in 1931, MGM's David O. Selznick purchased the rights to Dracula's Guest from Florence Stoker, the widow of Dracula author Bram Stoker. The short story tells of an encounter between an unnamed protaganist (assumed to be Jonathan Harker) and a female vampire. Although Selznick commissioned a screenplay from Frankenstein and Dracula screenwriter John L. Balderston, Selznick ultimately decided the potential legal hassle was more trouble than the project was worth, and sold the rights to Universal. 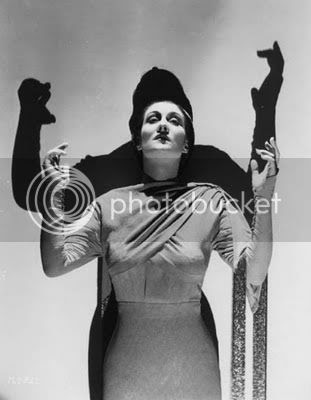 James Whale was planned to direct, and Bela Lugosi was to feature prominently in the film. Unfortunately, Bela only appeared in the form of a bust used to represent Dracula's corpse, and Lambert Hillyer wound up directing the picture. 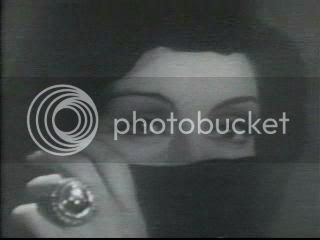 The film picks up right after Dracula ends, as Edward Van Sloan's Von Helsing (the character's name was altered from "Van Helsing," for whatever reason) having just disposed of the vampire king. Authorities arriving at the scene see two dead bodies (Dracula and poor Renfield, who had also met his maker at the end of Dracula) and Von Helsing, which makes for a pretty lousy situation for the professor. 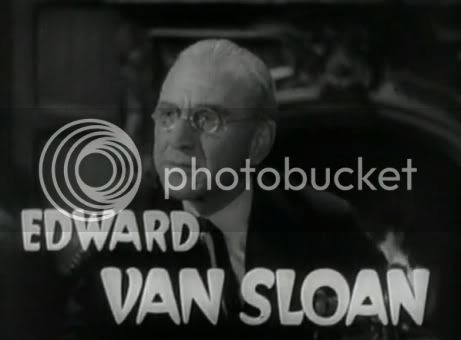 Meanwhile, Countess Marya Zaleska(Gloria Holden), Dracula's Daughter, arrives with her henchman Sandor(Irving Pichel) to dispose of her father's remains. With her father destroyed, Zaleska seeks to free herself from her curse with the help of Von Helsing's psychiatrist friend Dr. Jeffrey Garth (Otto Kruger), despite interference from his smitten assistant Janet(Marguerite Churchill). 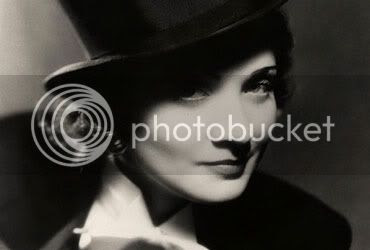 Dracula's Daughter remains a polarizing film. The opinions of horror film buffs and critics seems to be split down the middle. Personally, I like the film. It's one of the most interesting films of the 1930s, despite the missed opportunities(imagining the Whale extravaganza we could have had, with Lugosi reprising his iconic performance as the Count, is practically salivating). 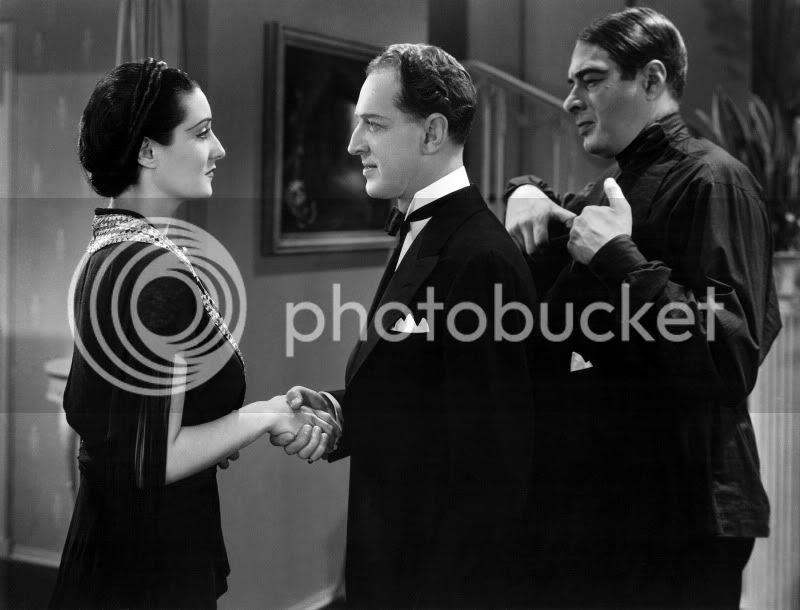 Gloria Holden reportedly was not happy about being cast in the film, but she is wonderful despite this(or, as some have theorized, perhaps because of it). She is convincingly cruel, seductive, vengeful, desperate, and filled with self-loathing as the situation warrants. Much has been made of the film's lesbian overtones, and it's not just blowing smoke. Two scenes, in particular, are positively dripping with eroticism, and it's surprising that they were able to release the film with these scenes in 1936. 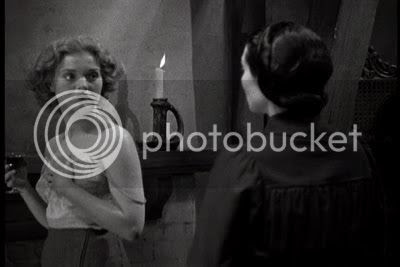 Pichel as Sandor is the other standout performance in the film. His makeup gives him a very unusual appearance; he almost looks like a half-conceived Lon Chaney creation(I nicknamed the character "Liverlips"). He's easily one of the most memorable vampire thralls we've seen on film. 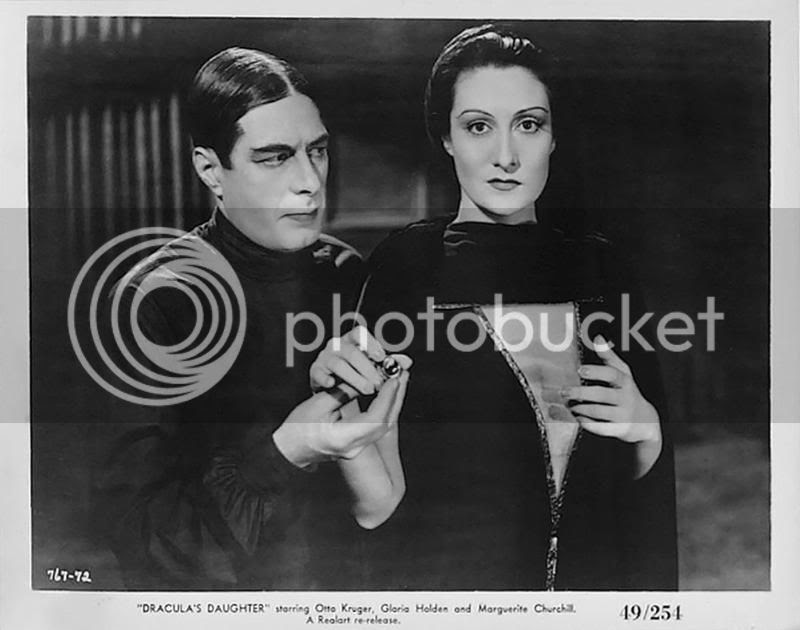 Van Sloan is capable, as always, but the script doesn't give him much to do. He's not given any standout scenes, as he was in Dracula. Kruger is decent, but neither the script nor his performance give us any reason to believe the powerful and exotic Zaleska would fall for him. That's not particularly unsual, however, given the unconvincing romantic pairings often seen in horror films of this era(see Zita Johann turning down the blazing passion offered by Karloff's Imhotep for the limp embraces of David Manners' Frank Whemple in 1932's The Mummy for perhaps the best example). Churchill is effective in the role of Janet, but again, the script doesn't give her any real moment to shine. In the end, she's reduced to the damsel in distress. Some of the banter between Churchill and Kruger is cute, but there's a bit too much of it for my taste. 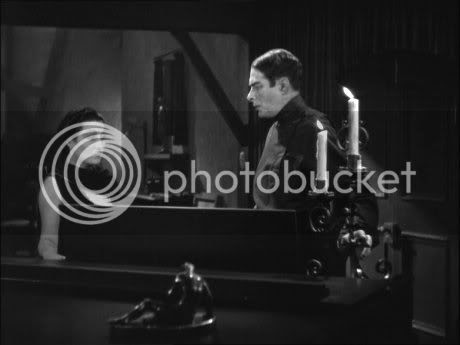 Fortunately, the marvelous performances of Holden and Pichel, coupled with the general excellence of virtually all of the film's technical aspects, overcome an occasionally clunky script and supporting characters that are rather poorly fleshed out. We also get to see the marvelous staircase from Dracula's castle once more, which is always a plus in my book! 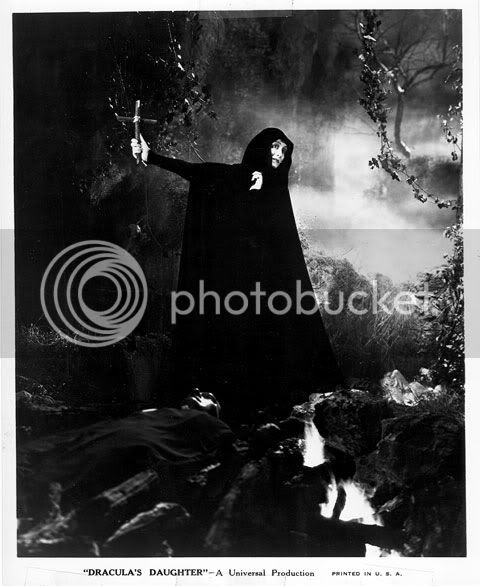 Unfortunately, Dracula's Daughter was the last of the first great cycle of horror films. The outright banning of horror films in England purportedly contributed to this, but the main cause may well have been the departure of the Laemmles from Universal. After borrowing too heavily and being unable to repay those loans when they were called in, the Laemmles were forced out of Universal. The new owners, it seems, were not fans of the horror genre. It would be nearly three years before another Universal horror would be made... but we'll get to that later this month.
There are tons of great photos, so keep scrolling down! 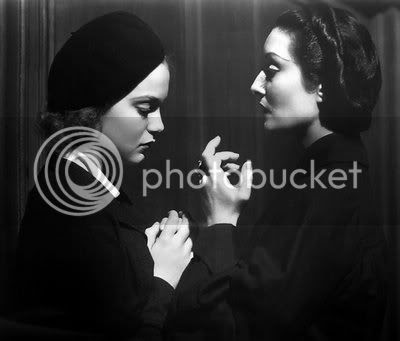 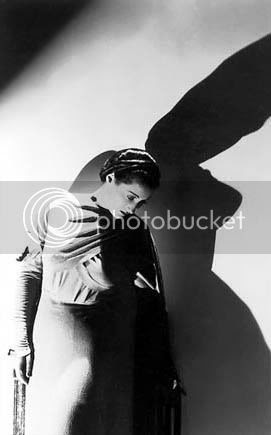 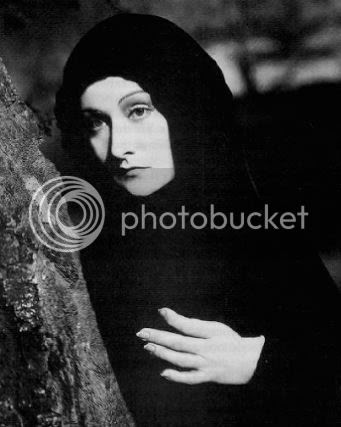 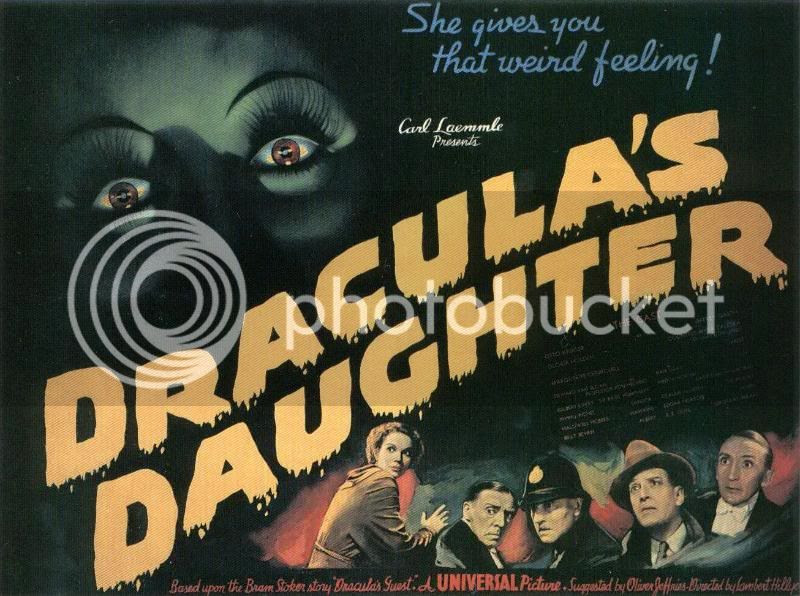 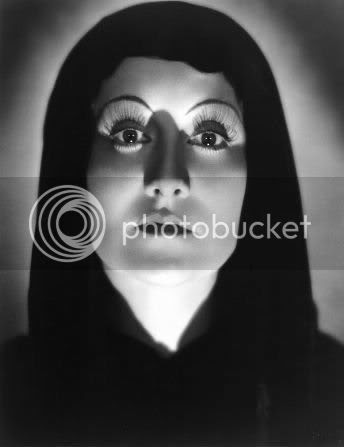 Posted by Waylon Piercy at 2:39 PM