The Quest for the Definitive Batman: A Tale of Tragedy and Triumph! (well, kinda)

Several years ago, DC license holder Mattel released a Batman action figure. Now, this in itself is not notable; literally dozens of Batman action figures are released every year(and that's in a slow year). But this one was different. The combination of sculpt, articulation, and design made this the greatest Batman action figure produced to date. As part of the DC Superheroes line sculpted by the amazing Four Horsemen, a wonderfully detailed sculpt was a foregone conclusion, but this one took it a bit further than many of their previous superhero figures had. The seams and wrinkles on the costume were sculpted in amazing detail, some of the underlying armor plating was visible on the gloves/gauntlets, there were treads on the bottoms of the boots... I could go on and on. Even better, this figure jived with most of my personal preferences when it comes to Batman's overall appearance: the bat emblem on his chest was lacking the oval, the belt had big pouches instead of the goofy capsules-- seriously, what could he be carrying in those damn capsules anyway?-- but there was just one problem: the costume had a blue and gray color scheme, rather than the preferred black and gray. 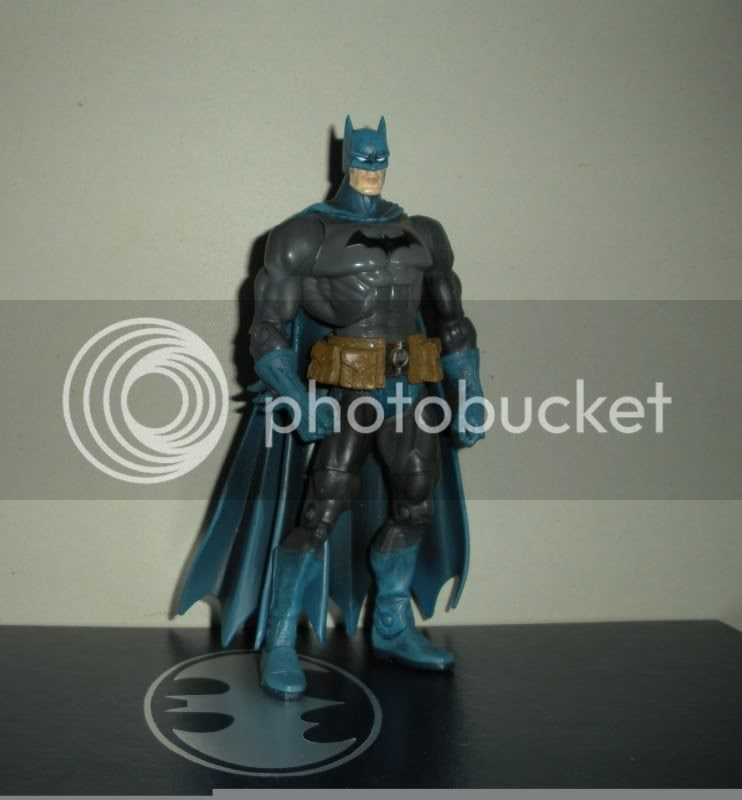 Nitpicking? Possibly, when practically everything else about this action figure was done so well. However, it must be kept in mind that I've gotten quite a few Batman figures over the years; it would not be an exaggerration to crown Batman the king of my action figure-collecting hobby. There have been some great plastic versions of Batman produced, and I've liked quite a few of them, but none have been what I considered my definitive representation of the character. To have one that came so very close to perfection, only to have it fall short because of a color choice was rather disappointing. Still, the figure was too great not to love, and I was confident that repaint-happy Mattel would get around to releasing a black and gray version before long.

I was right about that, but there was a problem I somehow did not take into account: Mattel's uncanny ability to fuck up absolutely anything. Between their solid cases of Superman (sometimes with a couple of Bizarros thrown in for good measure) clogging pegs at retailers everywhere, every major retailer except for K-Mart and Toys R Us dropped the line. Our K-Mart had closed several years earlier, and our local Toys R Us seemed to have major problems with getting new items that were not movie tie-ins, so I never saw this black and gray repaint anywhere. Anywhere, that is, except for online, where its price quickly soared. I wasn't the only one who considered this the greatest Batman figure ever made, and people with a lot more disposable income than I had were willing to pay a premium price for it. (It should be noted that the black and gray version featured a different belt from a slightly earlier Batman figure, as many people complained that the belt from the blue and gray version interfered with the leg articulation. I like both belts just fine, so no problem.)

Things started looking up when Mattel kicked off their DC universe Classics line the following year. Repaints and reissues of figures from the DC Superheroes line were common, and this Batman was a very demanded figure(as evidenced by its price on ebay, which was well over $100), and frequently requested as a reissue. Surely, it was only a matter of time before they got around to reissuing it?

Well, remember that we're talking about Mattel. Scads of Batman figures were released over the course of the next few years, several even had that black and gray color scheme. However, these invariably fell short of the DCSH version in a few ways; they often used the capsule belt, and they usually had the bat emblem with the yellow oval. Even when one was released that had the oval-less bat emblem, it used the standard "large build" DCUC body, not the Batman-specific sculpt with all that wonderful detail. One two-pack included a DCUC Batman repaint, but teased us horribly by showing off the much-demanded DCSH figure in the photo on the package! 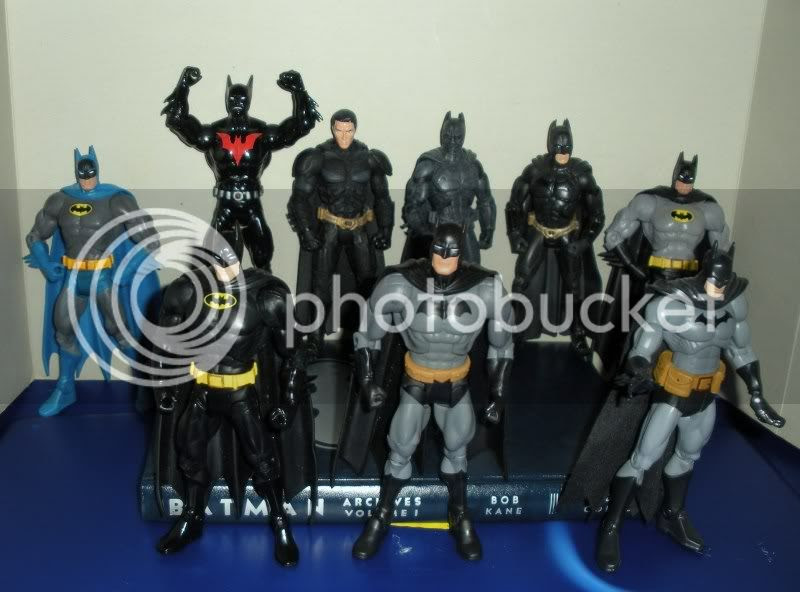 This brings us to Friday night. While in town, we stopped by Toys R Us for the first time in a couple of months. There I found the Batman Legacy line. There were some very cool figures, including a golden age-style Joker, a repaint of Mr. Freeze to match the colors the figure from the old Super Powers line sported, and a truly awesome Arkham City-themed two-pack. The one that came home with me was none of those, however. Front and center on the pegs was the long-awaited reissue of the black and gray DCSH Batman! He now had the head from the DCUC series 15 Batman, featuring a truly constipated grimace, but this was not a problem, as I have plenty of Batman figures at home to use for a head swap.

One head swap later, and I finally have my definitive Batman action figure! Behold his awesome definitive-ness! 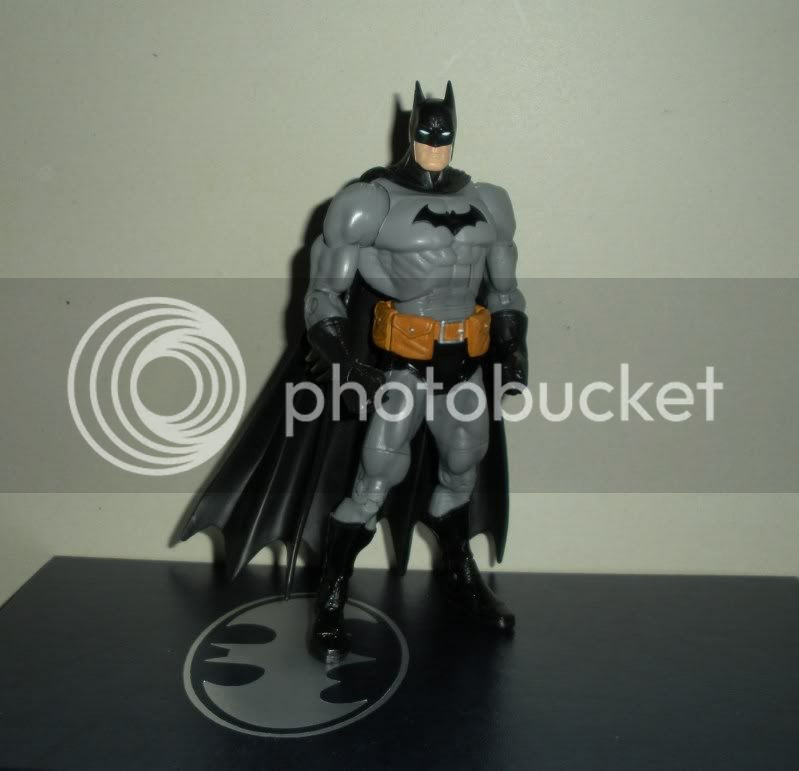 As for the grimacing head, I put it on the figure for which I felt it was most appropriate... 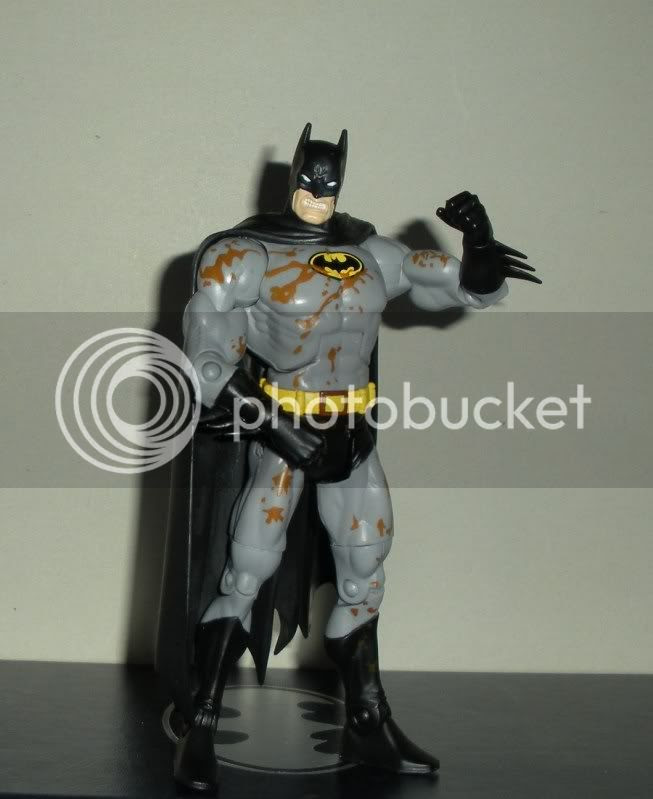 (It's not as bad as it looks, that's supposed to be mud. He came in a two-pack with Clayface.)  I leave you for today with a few more pics! 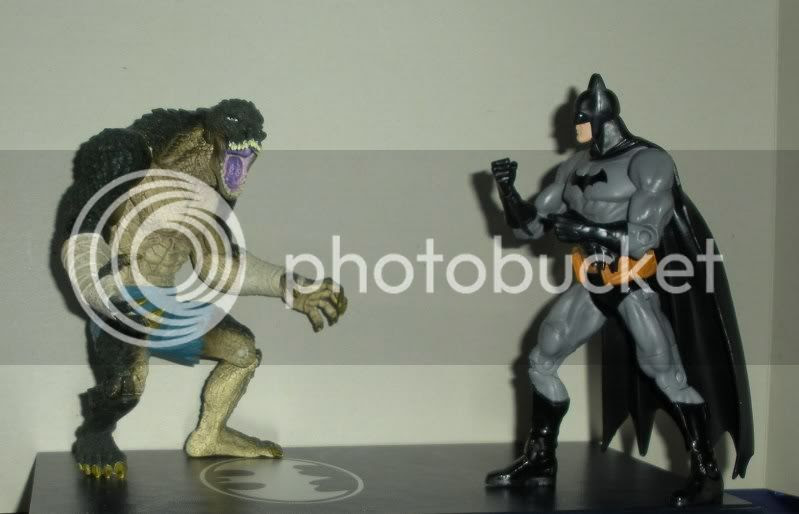 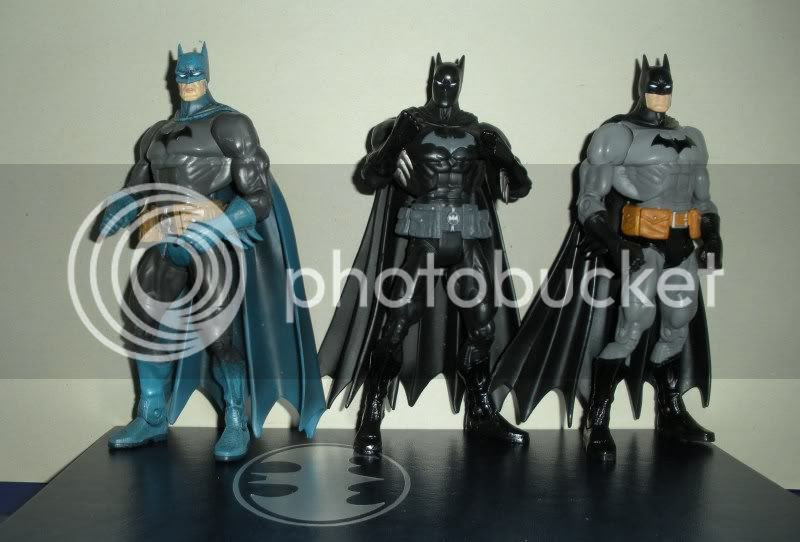 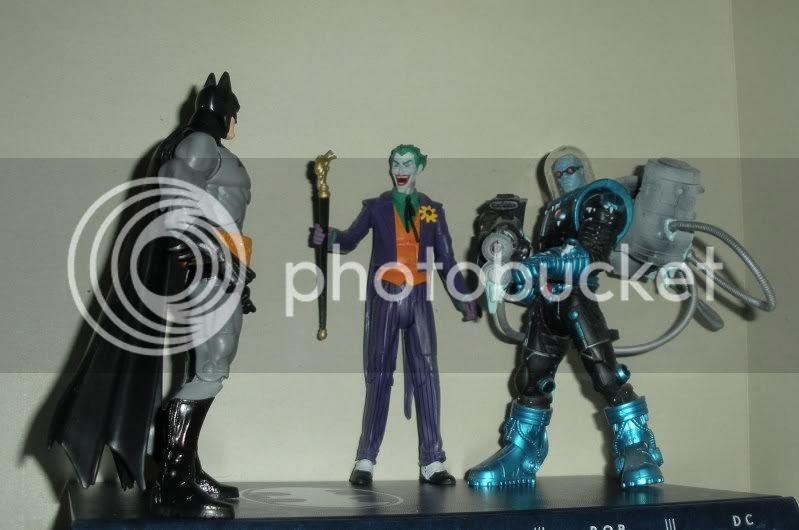 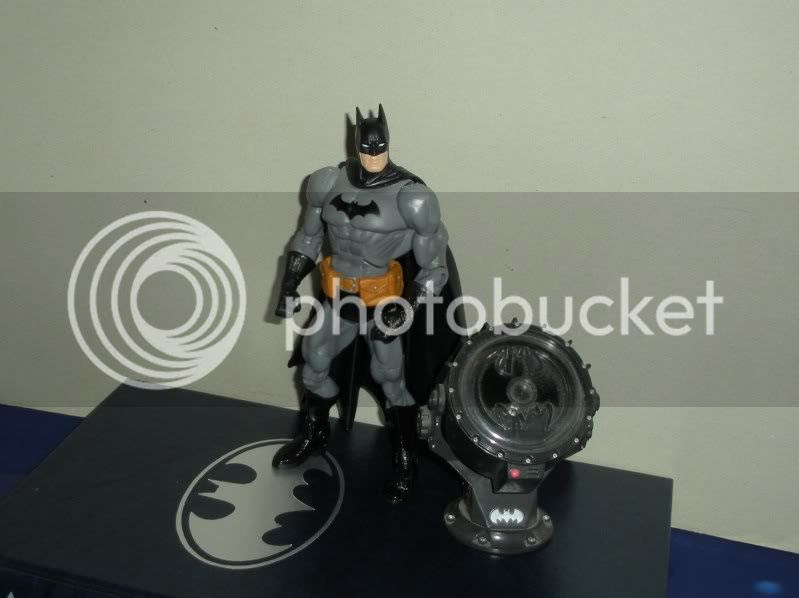