Welcome to an (almost) all Bat-family edition of the Rant Review! Nearly half of this week's DC relaunch releases are Batman-related, so I've grouped them all together for today's post, along with the highly-anticipated Wonder Woman #1! I'll be back tomorrow for the rest of this week's releases. Let's dive right in! 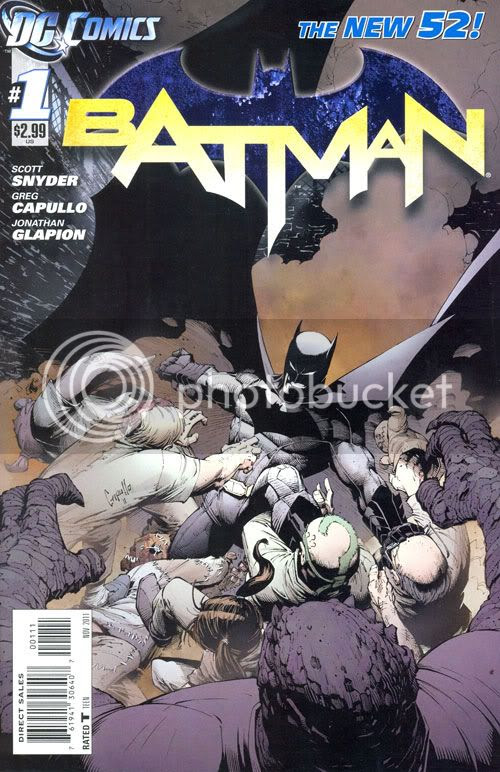 Batman #1
Scott Snyder's run on Detective Comics for the past year or so has already been lauded as one of the finest in that title's illustrious history, so to claim that his debut on the flagship Batbook has been heavily anticipated would be a rather large understatement. Between the general excellence of his Detective run, and the hype for this issue, Snyder has a lot to live up to. Does he deliver?
Oh yeah.
Batman #1 is the strongest issue of the New 52 so far. Snyder's plot is a perfect introduction to Batman and his world, introducing us to much of his infamous rogues gallery and supporting cast, and giving each a moment to make an impression in the reader's mind. A couple of new faces show up as well, who will surely be a part of Snyder's larger plans in the future. The cliffhanger on the final page is surely not what it seems, but it makes you want the next issue RIGHT NOW. Snyder's work on Swamp Thing two weeks ago was exemplary, but he has trumped it here.
Much has been made of Greg Capullo's hiring as the artist on this book, much of it grumbling by detractors. The art by the team of Capullo and inker Jonahtan Glapion is not bad at all, but I do find it rather weak in a few spots. The style is rather cartoony overall, with exaggerrated proportions and perspective. It's not a bad style on its own merits, but it does seem to clash with the tone of the story in a few spots. In one panel that shows Bruce Wayne, Dick Grayson, Tim Drake, and Damian Wayne standing together, Dick and Tim look far too small.  That single panel is my biggest gripe with the art, however. Overall, the art meshes wel enough with SNyder's excellent story that it's not jarring. Two-Face, in particular, is a standout. This is one of the most compelling renderings of that classic character I've seen in quite some time. I hope he turns up again soon in this series so I can see more of this team's rendition of him.
There have been some great comics released so far this month, but at this point, Snyder & Capullo's Batman is the crown jewel fo the DC relaunch. If you only get one comic this week, it needs to be this one.
My score: 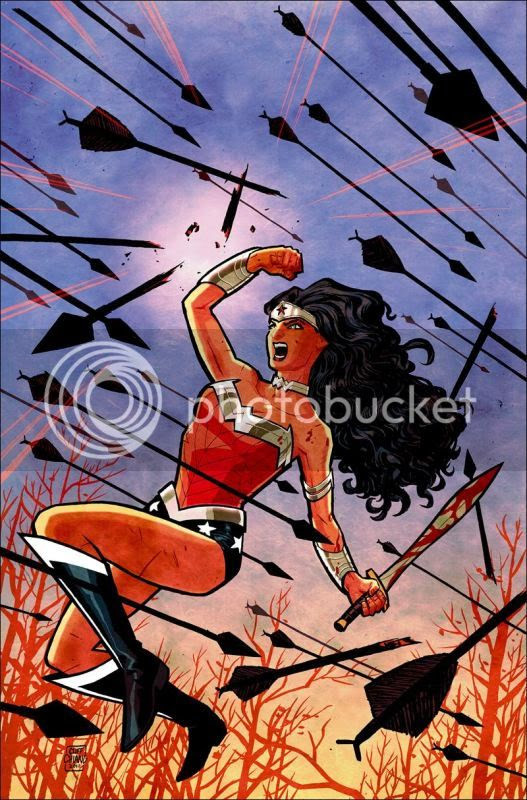 Wonder Woman #1
Writer Brian Azzarello has stated that his Wonder Woman is basically a horror story featuring the beloved super-heroine.  He wasn't just blowin' smoke up our collective asses. There are several elements and scenes that would be right at home in a suppernatural horror film, not the least of which is the creation of a centaur. They just hapen to be in a Wonder Woman comic, propelled by the machinations of a certain member of the Greek pantheon.The story hits the ground running fromt he first panel, and you're nearly breathless by the end of the issue. Cliuff Chiang's art shines; it is the perfect accompaniment to Azzarello's story. The basic scheme of this god is laid out for us by the end of the issue, although we don't yet know all the details. What we do know is damned interesting, however. This is a beautiful book with a story that crackles with awesomeness. Azzarello is normally an excellent writer, but his record writing superhero comics is a bit spotty. Fortunately, this one is definitely less Superman: For Tomorrow, and more along the lines of Batman: Knight of Vengeance in terms of quality. Snyder's Batman beats it out for the title of the best book this week, but Wonder Woman is still damn good. Highly recommended!
My score: 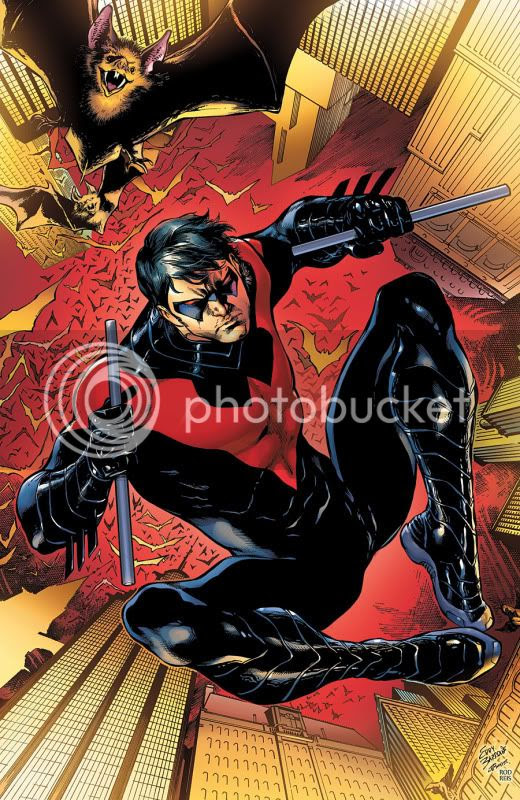 Nightwing #1
Dick Grayson's time as Batman has ended, and he's back to being plain ol' Nightwing. Well, maybe not so plain, since he has a snazzzy new costume that ranks with the best of the New 52's redesigns. In the hands of art team Eddy Barrows and J. P. Mayer, that costume looks damn good, as does everything else in this book. Barrows is one of the most underrated pencillers working today, and I hope getting the chance to shine a fairly high-profile series like this helps get him more of the recognition he deserves.
The story by Kyle Higgins ain't bad, either. We get a nice recap of the past year Dick spent filling in as Batman in Gotham City, set against a few pages of Nightwing action. Haley's Circus is back in Gotham for the first time since the purposeful accident occurred that killed Dick's parents, and his visit there sets the events of the remainder of the issue in motion. Higgins seems to have a good handle on Dick's "voice," and that goes a long way toward making this book enjoyable. This debut issue isn't a knockout, but it's solid and entertaining. I'll definitely be coming back for the next issue.
My score: 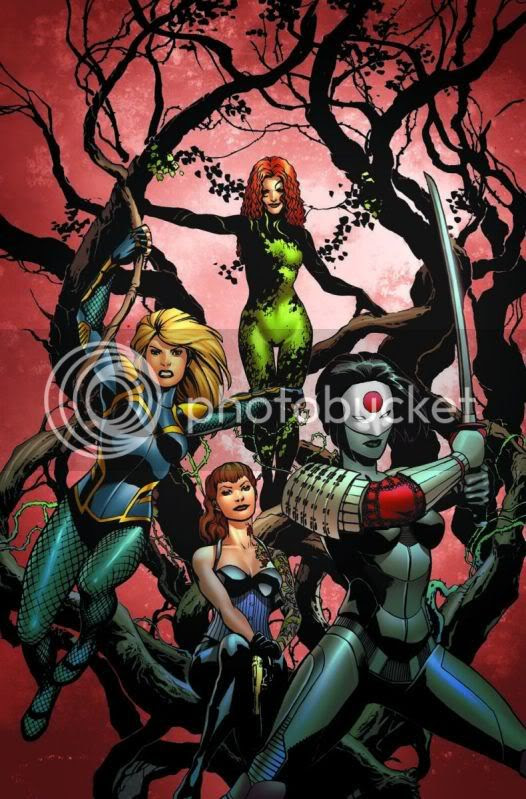 Birds of Prey #1
BOP has a pretty storied history, and has long been a fan-favorite title. This is another example of the DC relaunch rankling some people, as the previous iteration of this series was cancelled to make way for this version as part of the New 52. Much like Snyder's Batman, Birds of Prey has a lot to live up to. Unfortunately, it doesn't acquit itself nearly as well. This debut issue follows Black Canary, now a fugitive, and her partner Starling as they deal with a team of assassins and a reporter who's been investigating them.  Duane Swierczynski's plot is a bit jumbled, but easy enough to follow. Sadly, it's just not very interesting.
At least the book looks very nice, with Jesus Saiz supplying the art. BOP isn't quite a dud, but it's only just barely interesting enough to bring me back for the next issue.
My score: 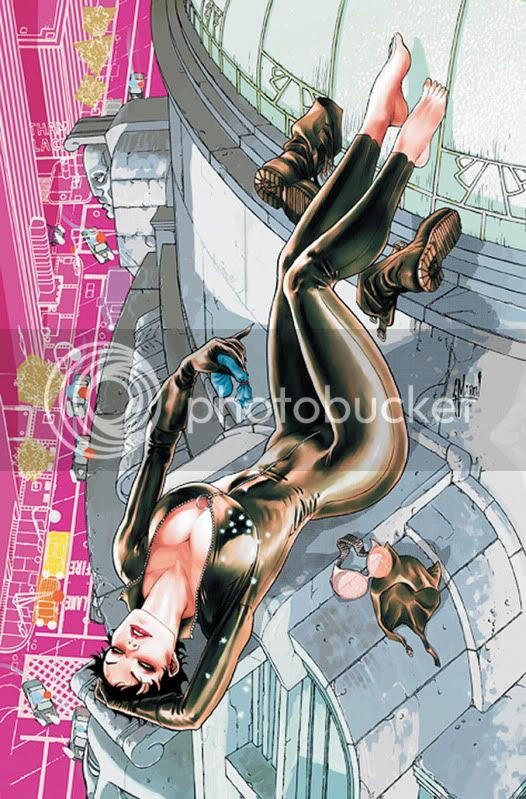 Catwoman #1
Judd Winick tends to do some of his best work on Batman-related stuff, so this was a book about which I was cautiously optimistic. Winick delivers a fun, engaging story that plants many seeds for the future, and gives us a somewhat surprising encounter with Batman(surprising in that he actually lets himself go and have a little fun for once). Selina's internal monologue is very true to the character, and the brief glimpse into her past pays off immediately, with the promise of more to come.
Guillem March's art is very nice, with some dynamic layouts and excellent expressions. His art does veer into cheesecake territory more than once, but his art is fundamentally sound, and that makes it much better and more forgiveable than when an artist like, say, Ed Benes does the same. (You could base a drinking game around the number of times Benes draws a woman showing off her ass and her breasts in the same damn panel.) There are a few standout pages, particularly the shot of Batman appearing in Selina's temporary home.
A lot of books are likely to be overshadowed with so much new stuff hitting the racks, and so much of it being so good. Hopefully, this one will not be overlooked. It's a very strong debut issue from a team I hope to see staying together for quite a while.
My score: 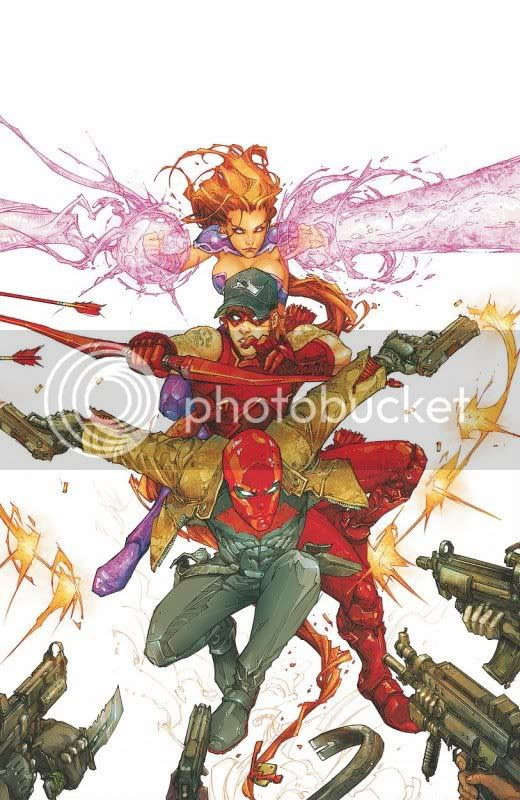 Red Hood and the Outlaws #1
Oh boy... there were no stinkers last week, and I guess that was too good a thing to last. This is one of the relaunch books I didn't have any strong feelings about, so expectations were rather low. Call me Mr. Optimist, because this book was much worse than I expected. As one of the main people behind a lot of the terrible X-Men comics of the '90s, Scott Lobell has a rather spotty track record. He did a pretty good job with last week's Superboy, but this one is more along the lines of that X-Men stuff I mentioned, and equally worthy of being put aside and forgtten as quickly as possible. I had a list all typed out detailing the problems with this comic, but reading back over, it just came of as me being downright mean. So, I'll leave it at that. Kenneth Roquefort's art is pretty good, but it's nowhere near enough to save this comic. This is one to avoid.
My score:

I'll be back tomorrow with reviews of the rest of this week's releases, including the debut issues of Green Lantern Corps, Captain Atom, Blue Beetle, DC Universe Presents, Supergirl, and Legion of Super-Heroes!
Posted by Waylon Piercy at 8:02 PM