It's back! Longtime TMR readers will surely recall that this blog began five years ago with me doing a Halloween and/or horror-related post every day of October. I was unable to do that the past couple of years, as work and real-life responsibilities got in the way, and I missed it quite a bit. Unfortunately, those things that eat up my time haven't gone away, but I decided to make a concerted effort to return to daily posting this year. To help things work with my hectic schedule, I'll stick to posting on weekdays(aside from the 31st, which is on a Saturday), which will technically make this 23 days of Halloween, but we'll stick with the 31 Days tag on all the posts for simplicity's sake. You'll only get some cool photos or something along those lines more often than not. I'll make sure it's something worth stopping by for though, so no worries there! I'll also include links to past entries that were posted on the same day in years past. Speaking of, on this day one year ago, we similarly kicked off the month of October, four years ago I had a feature on the Ray Bradbury classic From the Dust Returned, and five years ago, the inaugural post featured the 1933 classic The Invisible Man! I'll mostly stick to a theme for each day of the week; for instance, tomorrow will be Frankenstein Friday! (I do love my alliteration, after all.)

For today, enjoy this assortment of photos from classic horror movies to ease you into that Halloween mood! Here's an awesome shot of Bela Lugosi in full Dracula regalia, from his stage days! 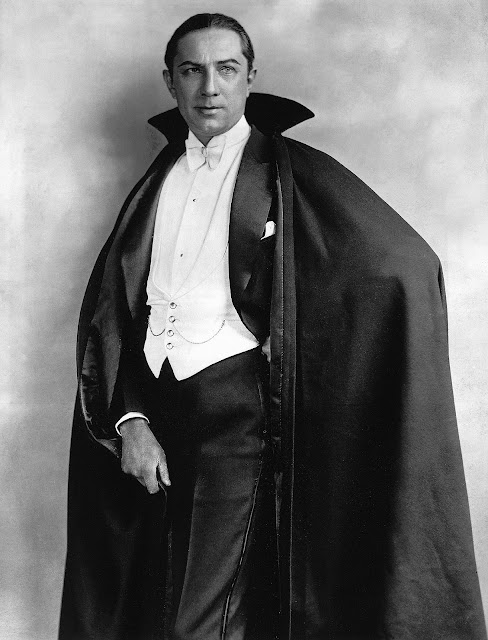 Here are a couple of shots of makeup wizard Jack Pierce working on Boris Karloff. 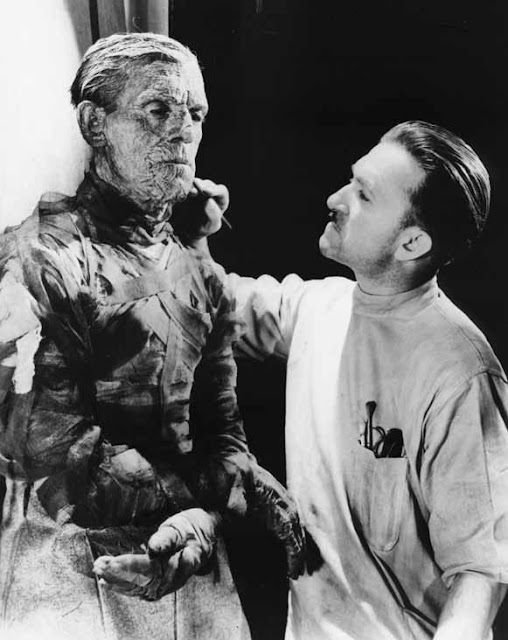 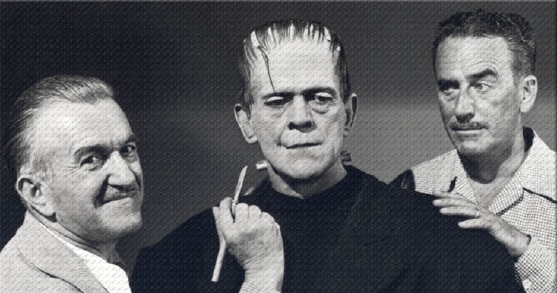 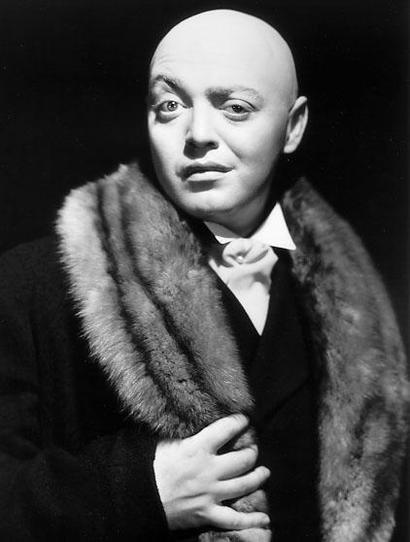 Glenn Strange's Frankenstein Monster is pretty freaked out by his Batman comic! 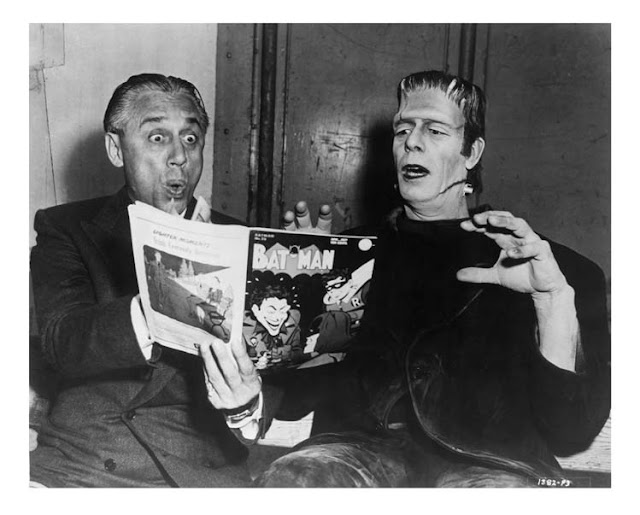 Lon Chaney is captivating as always as the tragic clown in 1924's He Who Gets Slapped. 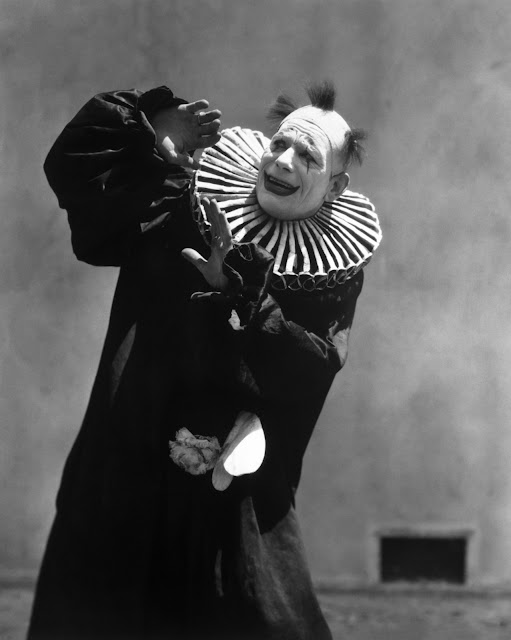 That's it for today. Hope to see you again tomorrow, and each day thereafter!
Posted by Waylon Piercy at 12:00 PM