Previously on this date: Freaks (1932)  and Monster Muumuu Heads!

While Christopher Lee is best known as Dracula in the long-running Hammer series-- outside of the Lord of the Rings movies, anyway-- he also had a memorable turn as the bandage-swathed menace alongside Peter Cushing in Hammer's 1959 version of The Mummy. While I've made no secret that I consider this a pretty mediocre movie, the makeup effects are quite good. The role as scripted gives Lee nothing to work with, as this movie goes with the mummy as a shambling automaton, rather than the enthralling threat of the Karloff version, his physicality and the costume make for a visually interesting monster nonetheless. 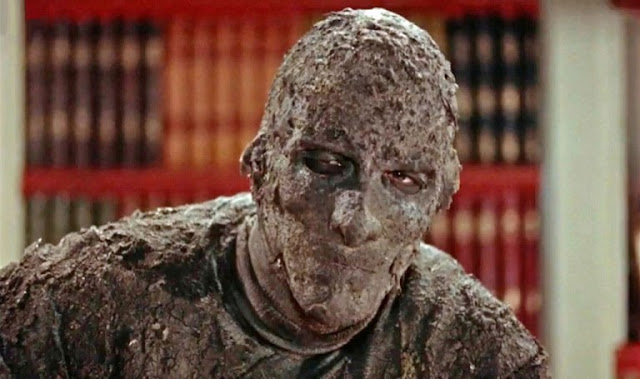 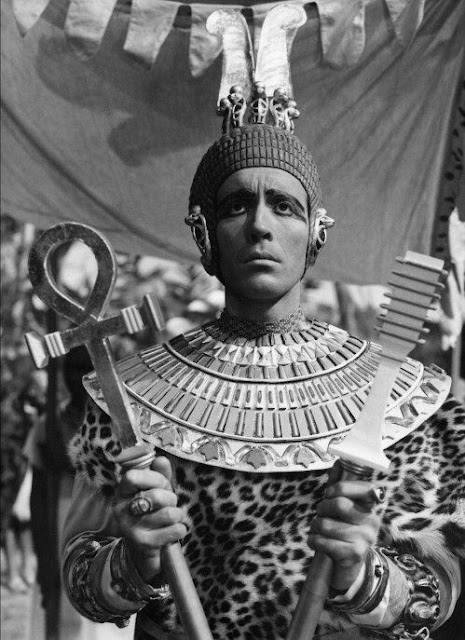 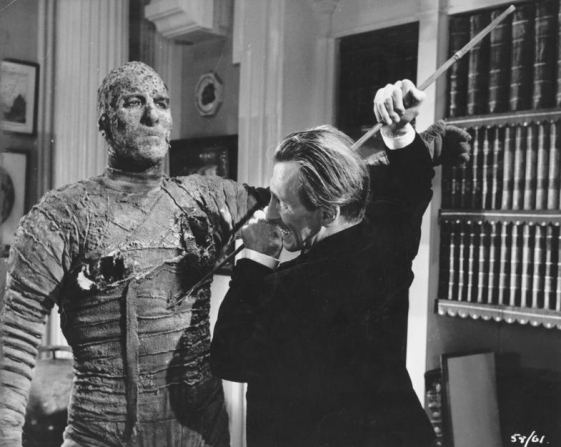 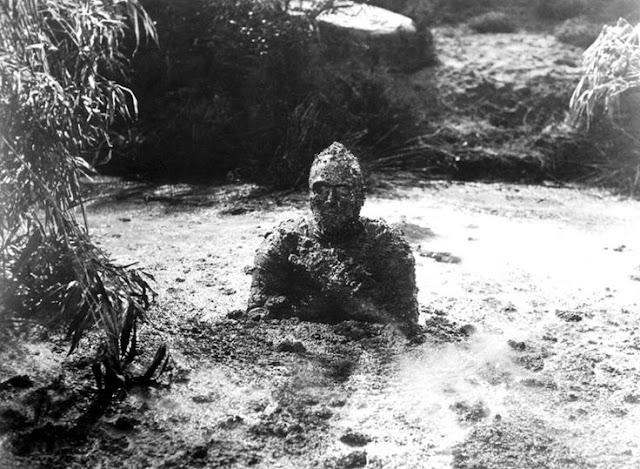