Regular readers probably noticed there was no column last week; I was absorbed in the important work of watching cartoons, and it just plain slipped my mind. (I did warn that this column was "weekly-ish" at its inception, so no griping!) There'll be a couple of topics covered from last week to make up for it, so let's get rollin'! 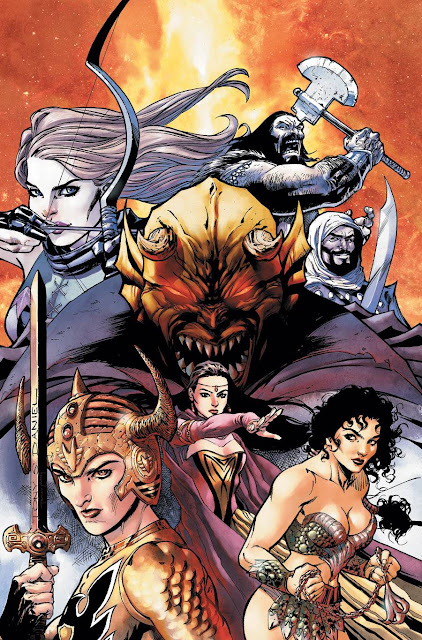 DC's solicits for August revealed the latest round of cancellations, including such beloved series as Demon Knights, Dial H, Threshold, and Legion of Super-Heroes. DK is the one that really hurts, as it's been one my favorite books since DC's relaunch. It's a book that occupies a pretty unique niche, and it's a damn shame to see it go. Dial H, despite its critical acclaim, is a book that never really won me over. The only time it's been as good as it wants to be is the #0 issue, but I've stuck with it because I can feel how ambitious it is, and that still counts for something in my book. It never really "wows" me, but it's trying oh so hard. I'll be interested in checking out whatever China Melville does next. I've been enjoying Threshold, largely because it shines a spotlight onto a little-seen part of the DCU. I'm not surprised by its cancellation, as it is one of those  books I suspect was always intended to be an eight-issue series, just not announced as such to avoid the lower sales miniseries usually get. I've never been able to get interested in LOSH, so I won't miss it one bit. It's one of those series that DC seems hell-bent on publishing no matter what, so I'm sure it will return in some form before the year is over.
Of course, this opens up more slots for new series. With the all-but-confirmed Villains Month looming in September, we can surely look forward to seeing a few of these new series previewed in the specials focusing on whichever villains are specific to each book. Shazam/Black Adam is virtually a lock at this point, and I'd be surprised if we didn't get a Question series, since the other two members of the "Trinity of Sin" have their own series already. Beyond that, there are a ton of rumors, but nothing too substantial. Whatever happens, it's sure to be interesting.

The Xbox One was revealed Tuesday, and I was watching on Xbox Live. While I think Sony did a better job with their announcement event overall, the Xbox One is much more interesting to me than the PS4. I've never been too enamored of the Kinect, but the newest version of it looks simply amazing. I doubt I'll be able to afford to get the new Xbox when it's released, but hopefully I'll be able to snag one before it's been out too long. Microsoft would have to do something pretty stupid at this point to make me not want one(the rumored used game restriction might do it, but let's face it: all it is right now is a rumor). 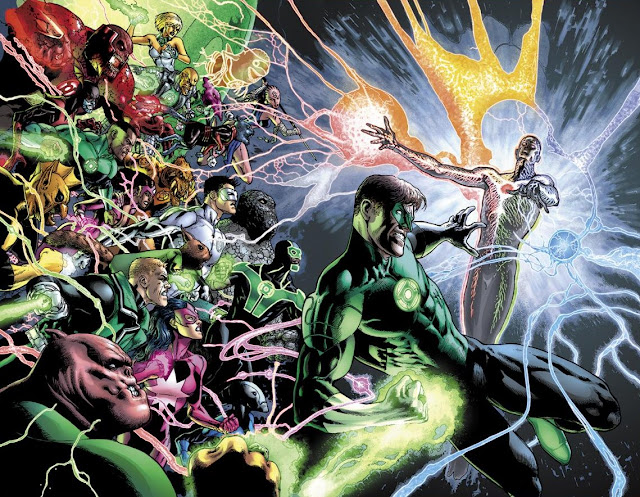 An era ended when Green Lantern #20 was released Wednesday, capping off the epic nine-year run of Geoff Johns. I've been there from the beginning(and before, as I'd been buying the GL series for years prior to Rebirth), through all the ups and downs. The quality dipped a bit with the War of the Green Lanterns crossover, and the recent Rise of the Third Army and Wrath of the First Lantern were decidedly weak. For all of that, the entire run has been a hell of a thrill ride, and easily ranks among my all-time favorites. GL #20 is a fantastic sendoff. Perhaps the biggest compliment I can give Johns is that his GL run was so good that it took a series featuring a character I absolutely loathe-- Jordan-- and made it one of my favorite books each and every month. It's some damn fine work that can make you love a book that stars a character you hate. I'm looking forward to seeing where the new teams take the books, but they have a hell of an act to follow. (I'm also happy that the excellent Doug Mahnke is joining Johns on Justice League of America, but that's a little off-topic.)

Gillian Anderson did an AMA on Reddit, so go check that out. 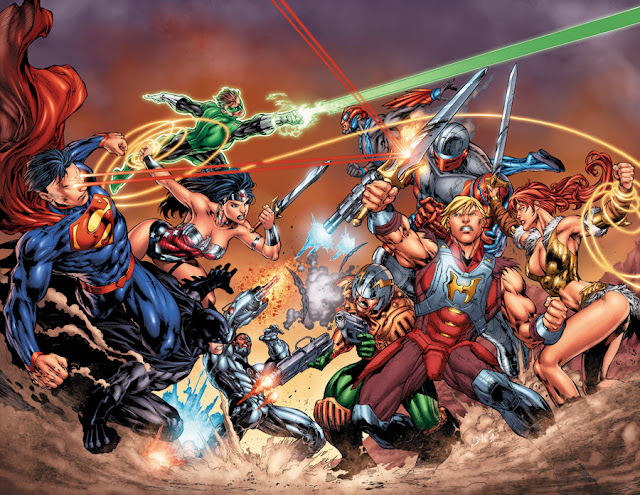 In still more comics news, here's a fun interview with Masters of the Universe writer Keith Giffen about the upcoming Masters of the Universe vs. DC Universe series. A standout excerpt:
"I talked to [DC Comics co-publisher Dan] DiDio, he said, "I don't care if you cut off Wonder Woman's head. It's not in continuity." And I said, "Yes." Because I wanted to know how much I could push DC because I wanted to have this very specific scene. I wanted a scene with He-Man and Teela and while He-Man and Batman are talking, Teela is wandering around looking at the glass cases full of Robin suits and at one point she walks up to He-Man and says, "Yeah, we have to get out of here. I think he kills kids." [Laughs] And I was told: "Sure. Put it in."
This book is gonna be so awesome. Giffen's doing good work on the MOTU comics, and you should all give the current series a shot. It's not a big nostalgia wank.

The season finale of Arrow aired last week, and the season definitely ended on a high note. I was cautiously optimistic about this series when it debuted last fall, and it was just okay at first. Thankfully, it improved steadily, and I thoroughly enjoyed most of the season. I never liked Smallville, but this show is honestly better in every way. I'm not down with every creative decision that's been made in the show, but on the whole, it's a good series, and it ended its first season with one of its best episodes. I'm really looking forward to its return.

That'll do it for today; see you Wednesday for another Trash Rant!
Posted by Waylon Piercy at 11:30 AM