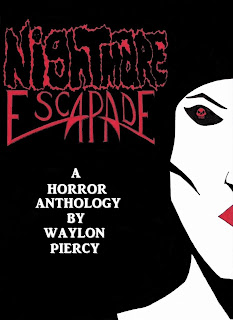 My birthday is coming up on Monday, but I'm giving YOU a gift! I've made my first book, Nightmare Escapade: A Horror Anthology, free today through Tuesday. If you still don't have it yet for some reason, now is your chance! If you would then take a few minutes to leave a review on Amazon or Goodreads, it would be much appreciated. Spread the word on Twitter and Facebook, and tell all your friends! I was finally able to start playing The Simpsons Tapped Out last week; even with the release of the Android version of the game, it still was not available in Amazon's app store, so I had to sideload the game to be able to play it on my Kindle Fire. It's been a lot of fun building my own version of Springfield and populating the town, and the St. Patrick's Day update that came out yesterday added a couple more things, including the 50-foot magnifying glass and the leprechaun. You can check out some photos from my Springfield right here.

Via Reddit, here are some instructions on how to easily block a certain IP address that will stop all the annoying buffering on Youtube videos, returning it to the kind of smooth experience that was the norm several years ago. This post explains why this fix works.

The Big Lebowski, one of my favorite movies and a bona-fide cultural phenomenon, is turning 15. There are too many features and such celebrating the anniversary for me to run through here, so check out this link that'll let you pick and choose what you like.

I've been playing Saints Row 2 this week, after making my through the third game some time ago. There are definitely a few things the third game had that I miss in this one, but it's basically the same solid gameplay at its core, enhanced by the irreverent attitude that I love so much in the third game. It's already clear that the main story is going to be much longer in this game, but I think the third one made up for its brevity with the presentation and implementation of the missions. I just don't seem to enjoy many of the missions as much as I loved the main story in SR3. The game is still lots of fun all the same, and I'll be seeing it through to the end. The community seems pretty evenly split between those who like SR2 best and those who prefer SR3; ultimately, it mostly comes down to whether you prefer SR2's more even mix of zaniness with mostly straight-laced action and storytelling, or the balls-out insanity of SR3. For my part, I'm enjoying SR2 quite a bit, but SR3 was an absolute blast all the way through. I played through SR3's main story twice, but I don't see myself replaying this one once I've finished it. 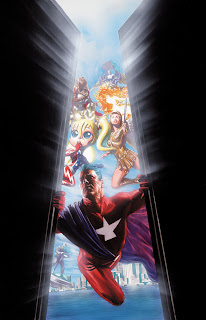 Yesterday, DC announced that Kurt Busiek's Astro City is returning in June with a new ongoing series. For anyone who has read this book in the past, this obviously fantastic news! It's been far too long since we've had any Astro City, and we'd grown accustomed to only getting miniseries and one-shots, at that.

That's it for this week; download my book, and have a skeery weekend!