Between finishing my first book, promoting it, working on my follow-up novel, and general life stuff, I've fallen quite a bit behind on my comic reading over the past few months. Sure, there are a handful of comics I always read each month, but by and large, they've been piling up on my tablet. I resolved last week to catch up, and I've done just that! By the time this week's comics went on sale yesterday, I had tackled the 100+ comics that were on my tablet and whittled them down to 8 issues of Groo. (I always keep a few issues of Groo on there, don'tcha know!) I still have a good bit of work to do on my next book, so its likely that I'll fall behind again, but I'll try not to let things get quite so backed up this time. (And speaking of my next book, there should be a big announcement about it soon. Just be patient!)

There is a huge sale on all sorts of games on Xbox Live until Monday, so go check that out if you have one. There've been some good deals, but nothing so far I want but don't already have. 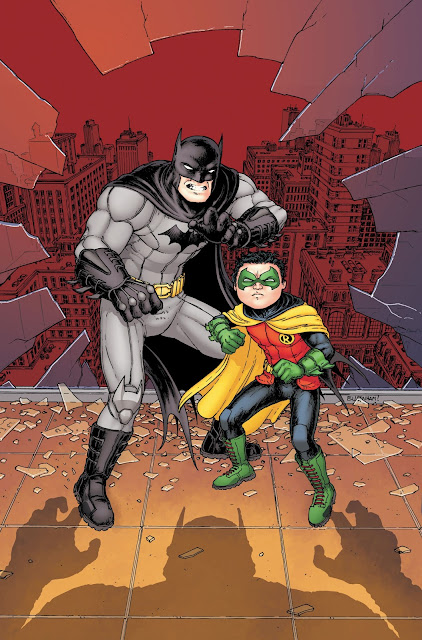 There were pretty huge happenings in yesterday's issue of the always sublime Batman Incorporated, which were very obnoxiously spoiled by an official press release a day earlier. This kinda crap has become increasingly common in recent years. We all understand that this leads to a significant sales bump, but would it kill them to wait until the day the issue is released so that the people who read these books regularly have a chance to read the issue without having it spoiled? Reader rage aside, here's an essay by Grant Morrison that reflects on his seven year run on the Batman books, and here is an interview with Batman and Robin writer Peter Tomasi regarding how the events of yesterday's Batman Inc will affect his book. Be warned that clicking the links above, obviously, will tip you off about what happened.


My nephew recommended the HBO series Life's Too Short to me over the weekend, so I checked it out. It's presented as a reality show about actor Warwick Davis, but he plays himself as an egotistical bastard. Fellow show creators Ricky Gervais and Stephen Merchant pop up in each episode, as well. There are plenty of celebrity cameos, and the show is thoroughly hilarious. Here's one of my favorite bits:

Reddit threads of note: I don't give two shits about Nascar, but find it cool that Daytona 500 winner Jimmie Johnson did an AMA earlier this week. We also got one from Helen Clark, the former prime minister of New Zealand. This one from a college student who teaches GED courses to prison inmates is pretty interesting. Here's one from someone who works in a chocolate factory!

You can't top getting the inside dope on chocolate, so that'll do it for this week!
Posted by Waylon Piercy at 1:30 PM