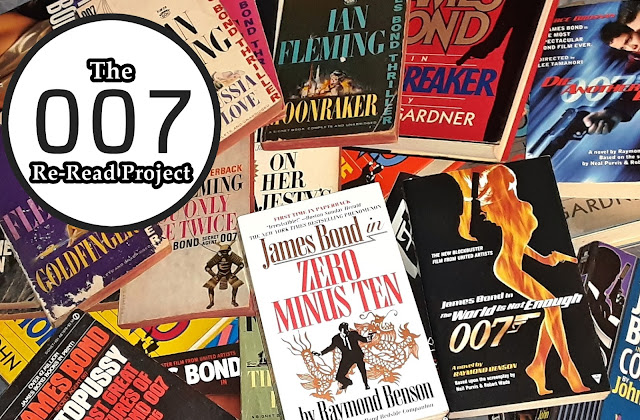 So yeah, that was a bit more than two weeks. I never thought I'd be able to stick to a weekly or bi-weekly schedule indefinitely with this project, as I always have plenty of other books on deck and would need the occasional palette cleanser, at the very least. Beyond that, real life sometimes gets in the way, so there are some weeks where I just don't get to read as much as I'd like. All that said, I really didn't expect it to take me over a month to re-read John Gardner's debut 007 novel! About a third of the way through, I realized I was forcing myself to continue, and I stepped away from it for a few weeks to focus on other things. That's not a condemnation of the novel itself, I just think I'd gotten a bit of Bond book burnout after re-reading the entire Fleming series and the first handful of continuation novels in the span of a couple of months. Returning to the novel after that break, I devoured the remainder of it in short order. 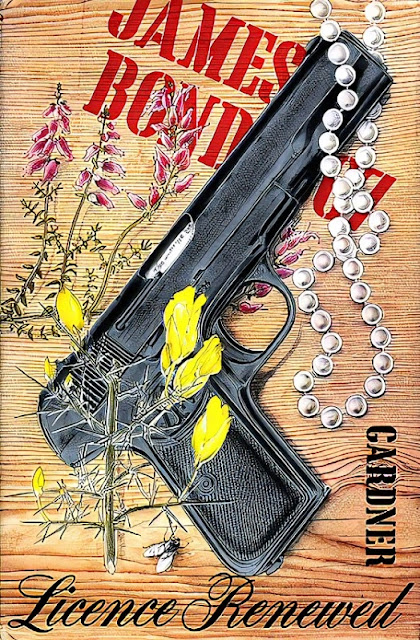 Gardner's inaugural 007 adventure sees the intrepid agent infiltrating the inner circle of a brilliant nuclear physicist who lords over the town of Murcaldy, quite literally, as he is its Laird. Murcaldy has hired a dangerous terrorist to further an enigmatic plot that is easily on par with the most apocalyptic Bond villain plans we've ever seen, and it is up to Bond to figure out the Laird's plot, and disrupt it as only he can. Murcaldy himself is an effective villain, with a rather birdlike visage topped by a shock of white hair. From my first readings of the Gardner novels more than twenty years ago, I remember him as one of Gardner's strongest villains, but I wouldn't quite rank him in the upper echelon of Bond villains. His right hand man, Caber, makes for a very effective henchman, and his final scene seems to have been influential in one of the major setpieces from the Timothy Dalton film The Living Daylights. Murik's ward Lavender Peacock checks off most of the boxes one expects from one of Bond's leading ladies, and while she tends toward the bland side, her backstory is at least pretty interesting. The story of the Muriks that led to the status quo we see in the novel sound as if they would make for a pretty good novel in their own right!

When Gardner was hired by Glidrose (now Ian Fleming Publications) to continue the literary adventures of 007, he endeavored to pluck the character from the '60s and drop him right into the (then) modern day, fully intact. (Though he did lower his alcohol and tobacco intake.) For anyone trying to do a version of Bond in the modern day, I think that's the right approach, and Gardner was mostly successful on that front. Gardner made no attempt to emulate Fleming's style; again, I think that was the right call. Gardner was already an accomplished and respected author in his own right, and one author subsuming their own style in an attempt to replicate that of another is rarely something that works well, anyway. Though Bond himself is more or less unchanged, the world has definitely moved forward. The change most relevant to Bond himself is the abolishment of the British Secret Service's 00 section! Thanks to M, however, Bond basically remains a 00 agent in all but official classification: "As far as I'm concerned, 007, you will remain 007...There are moments when this country needs a trouble shooter-- a blunt instrument-- and by heaven, it's going to have one. They can issue their pieces of bumf and abolish the Double-0 section. We can simply change its name. It will now be the Special Section, and you are it." There is also a new face in Q branch, the niece of Major Boothroyd, Q himself. Given the rather cringy nickname Q'ute, she is the main liaison between Bond and Q branch in the novel. Bond's beloved Walther PPK has been withdrawn from use, and has been replaced by the Browning 9mm, occasionally supplemented by the unauthorized Ruger Super Blackhawk .44 Magnum he keeps in a secret compartment in his car. 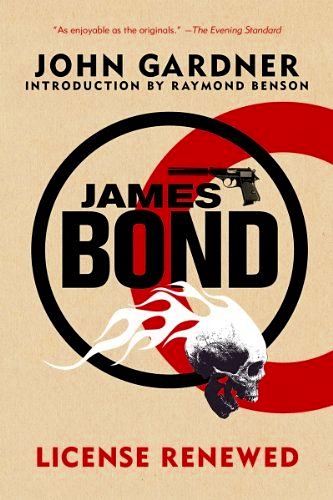 Speaking of his car, it's not the Aston Martin or Lotus Esprit that was familiar from the film series, or the Bentley Bond typically drove in the novels. Gardner updated Bond's wheels in the form of a Saab Turbo, outfitted with an array of modifications on his own dime, much to the consternation of Q Branch, who seem to have a bit of professional jealousy over the whole thing. The car's modifications include a digital HUD, bullet-proof glass, self-sealing heavy-duty tires, and reinforced bumpers, among other things. As Gardner states in the acknowledgements, "Everything provided by Q Branch and carried by Bond-- even the modification to Mr. Bond's Saab-- is obtainable on either the open, or clandestine, markets." This grounded approach to Bond's gear is appreciated, particularly given some of the excesses of the films, and even later novels.

There are some very effective scenes in the novel. The torture scene springs immediately to mind, and the wrestling match between Bond and Caber-- yes, really- is quite engaging, as well. The nighttime escape from Murik's castle is also quite well done, and its denouement hinges on something that occurs earlier in the novel, in a nice call-back. There are definitely a handful of scenes that are rather odd, and some that simply don't work. The chapter that follows Bond on his date with Q'ute features a very odd scene that seems very out of place, and really had me wondering exactly what Gardner was going for. It reminds me of the ELO sex scene from the 1979 version of Dracula with how bizarre and out-of-place it seems. The villain having Bond at his mercy, yet failing to kill him outright, is a series trope we're all familiar with, but it's stretched nearly to its breaking point here. Even Bond himself seems completely baffled that Murik hasn't already killed him, at one point! The Laird really starts to come off like a massive dipshit by the end of the novel. Gardner tries to justify Murik's keeping Bond alive, but it gets to the point where it simply wears too thin, and you can overtly feel the hand of the author at work.

"Governments could come and go; crises could erupt; inflation may spiral, but-- when in London-- Bond's breakfast routine rarely changed."

"With his mane of white hair, against the face in the darkness, the visage took on the appearance of a negative."

"There were desperate mental counter-measures to interrogation by drugs, and 007 had been through the whole unpleasant course at what they called the Sadist School near Cambridge."

Bond could smell death-- in his head rather than nostrils.

Murik leaned forward with one of his little pecking movements. Strange, thought Bond, how the man could look so distinguished, with that mane of white hair, yet give the impression of being a bulldog and a bird and the same time.

Murik's eyes again stirred into that unpleasant deep movement-- the deadly molten lava, which seemed to betray a hint of madness. That he was wholly mad, in his genius, Bond did not doubt. Only a maniac would take the kind of risks this small monster was about to embark upon.

Why Murik had not already killed them was almost beyond Bond's comprehension.

John Gardner's run as author of the Bond novels can still be rather divisive among fans of the literary 007, but regardless of how the quality may have fluctuated further down the road, License Renewed is a strong debut. There are certainly some aspects that strain credulity a bit, even by Bond standards, a few hokey elements, and a couple of rather bland supporting characters, but there are also some very strong scenes, a well-developed villain, and the excitement of seeing James Bond take up arms again against some of the worst the world has to offer. Gardner's novels definitely have a different flavor than Fleming's, but that's not necessarily a bad thing, and based on my re-read of this book, I'm looking forward to revisiting the rest of his run. That's it for today, but I'll be back soon with Gardner's second 007 opus, For Special Services. I remember liking that one quite a bit, so here's hoping it holds up well!