Okay, a bit of backstory: On request, I provided my Facebook friends with a list of ten books that have stuck with me. It was an interesting enough exercise, and a long enough post, that I figured an expanded version would make for a good post here. I copy & pasted the list, expanded on it a bit, and resolved to finish it and publish it here later. Well, as sometimes happens, I wound up forgetting about it. A chat with a friend reminded me of it this evening, so I figured I'd dig it up and finish it. The list needs a bit of updating now, but for the sake of finishing what I started nine short years ago, here are ten books that are not necessarily the best I've ever read, but that have stuck with me for one reason or another, presented in no particular order: 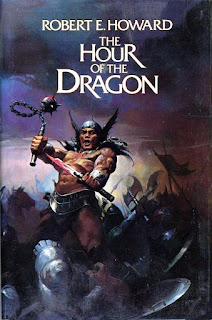 The Hour of the Dragon by Robert E. Howard
This is my favorite REH story ever, and is the only Conan novel written by the character's creator, as well as the only novel REH ever wrote. It's baffling that no one has ever looked to this story when adapting the character and his world to film; it has absolutely everything anyone could want from a Conan story, and it's practically a blueprint for adaptation. (I know, they kinda sorta based that Kull movie on it, but eh... that doesn't count!)

The Godfather by Mario Puzo
This is one of the rare instances where the movie is actually better than the book, but the book itself is no slouch. In addition to the story used for the first Godfather film, it has all the backstory that was used in the second one.

Fahrenheit 451 by Ray Bradbury
This is one of the handful of books that anyone who can read should read, without exception. If you can't read, get someone to read it to you. (Perhaps the same person who is presumably reading this to you?) Is it overrated? Maybe. Regardless, it's still easily one of the most important books ever written. 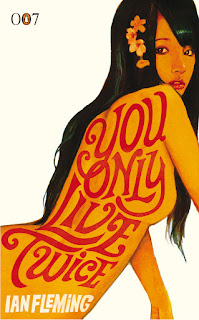 You Only Live Twice by Ian Fleming
A slightly odd inclusion, as it's not my favorite of Fleming's works, and not even my favorite James Bond novel. (That honor goes to either From Russia, With Love or On Her Majesty's Secret Service.) As the follow-up to the devastating ending of the previous book, however, it has this weirdly fascinating morose tone as it presents Bond as we've never seen him before, and never would again. He stalks his wife's murderer through a Japan populated with ancient castles and bizarre suicide gardens, a shell of his former self who is driven only by a desperate need for vengeance. Not a bit of this, aside from Japan as a location, is in the film that uses the novel's name. It's a book that I'm always interested to re-read because it's so unlike all the other books in the series.

Frankenstein by Mary Shelley
This and the next entry are books I read pretty much back-to-back when I was 12 or so. I was familiar with both stories previously only from movies and comic book adaptations, so it was revelatory to read them in their original forms. They remain books I enjoy re-reading, though Frankenstein is definitely a bit of a slog for the first 100 pages. 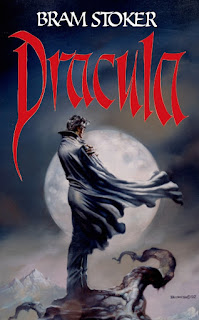 Dracula by Bram Stoker
This novel's epistolary style definitely took me by surprise when I first read it, but it quickly sucked me in. It's definitely not without its flaws, but is compelling reading, regardless. To paraphrase Clive Barker, it's a first-rate 19th century trashy novel! (I managed to find this image featuring the same cover art on the copy I had back when I first read it. Cool, eh?)

Into Thin Air by Jon Krakauer
This is one I picked up due to my fascination with mountaineering. I have no desire to ever actually climb a mountain, and I think I'm probably far too lazy to do it anyway, but I've always been interested in it, for whatever reason. It's the true story of the massive storm that descended on several groups who were climbing Everest in 1997, told firsthand by a journalist who was among them. It's an absolutely harrowing tale, nearly told minute-by-minute, of disaster and tragedy. It's a gut-wrenching read, but so powerful that I've found myself returning to it a couple times all the same. The IMAX documentary "Everest" was being filmed at the same time, and it makes a good companion piece to this book.

Adventures of Sherlock Holmes by Sir Arthur Conan Doyle
This is the first of those stories I ever read, and it remains my go-to when I feel I need a quick Holmes fix. It's a perfect sampler for anyone interested in reading the character's stories.

To Kill a Mockingbird by Harper Lee
Easily one of the most satisfying reads I've ever come across. It may not have actually happened, but it's true, all the same.

The Adventures of Tom Sawyer by Mark Twain
Well, some Twain had to be included, and this was the first of his books that I ever read. It remains possibly my favorite. 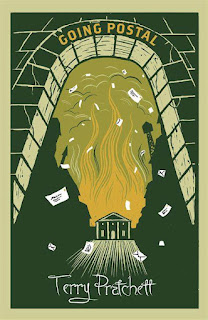 Bonus 2022 addition to the list: Going Postal by Terry Pratchett
I'd need to do a bit more tinkering with the overall list to fully update it to account for the past near-decade, but I absolutely had to add this one. I've been hearing about how wonderful the Discworld series is for many years, and I finally read the first book in the series, The Color of Magic, back in (consults Goodreads) 2011. I liked, but didn't love, the book. I enjoyed it enough that I wanted to read more, but as I often do, I kinda forgot about it for an entire decade. Early last year, something made me think of the series, and I resolved to give it another chance to really hook me. I jumped ahead to one of the most acclaimed books in the series, and damn, did it ever get its hooks in me! It's a fantastic book packed with memorable characters, humor that frequently made me laugh out loud, and a level of depth that repeatedly surprised me. Since finishing it, I've gone back to the beginning, and am currently reading the entire series in publication order. I'm making myself wait at least a couple of weeks between books so I don't blow through them all in a couple of months. I'm a Discworld nut now, and Pratchett has rocketed right into the top tier of my favorite authors, and it all started with this book.

I limited myself to one work by each author, and didn't count short stories. (Although I cheated a bit by including the Sherlock Holmes collection.) So, questions? Comments? Derogatory remarks?
Posted by Waylon Piercy at 10:22 PM