The Eerie Beauty of Blackreach 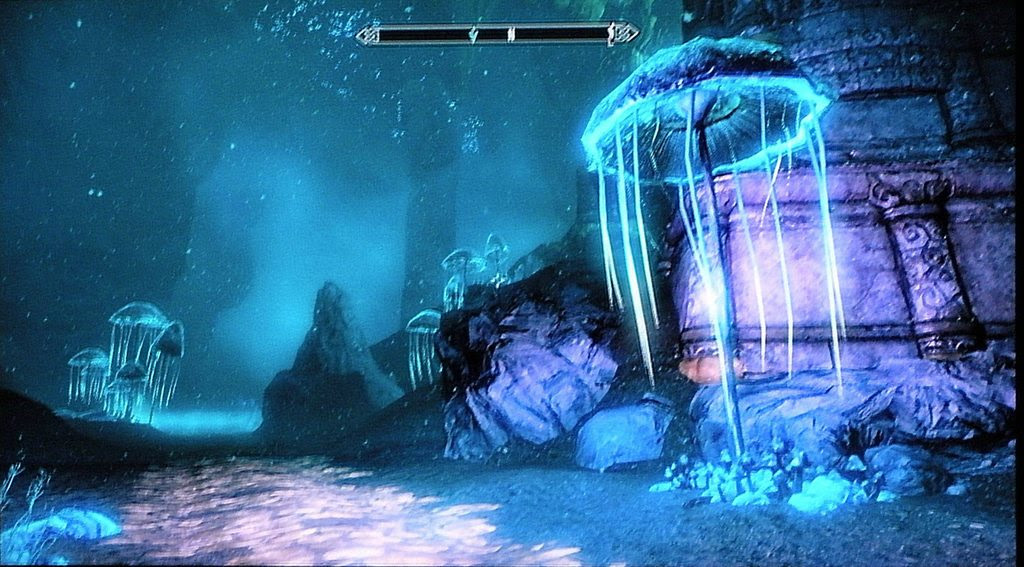 Blackreach is a vast underground area in Skyrim, riddled with caves and ancient ruins. Populated by various creatures, home to bioluminescent plantlife, and host to much loot, the area is far larger than even the biggest city in the game. The main story in Skyrim takes you there briefly, but I always intended to set aside a few hours and explore it more fully when I had the chance. 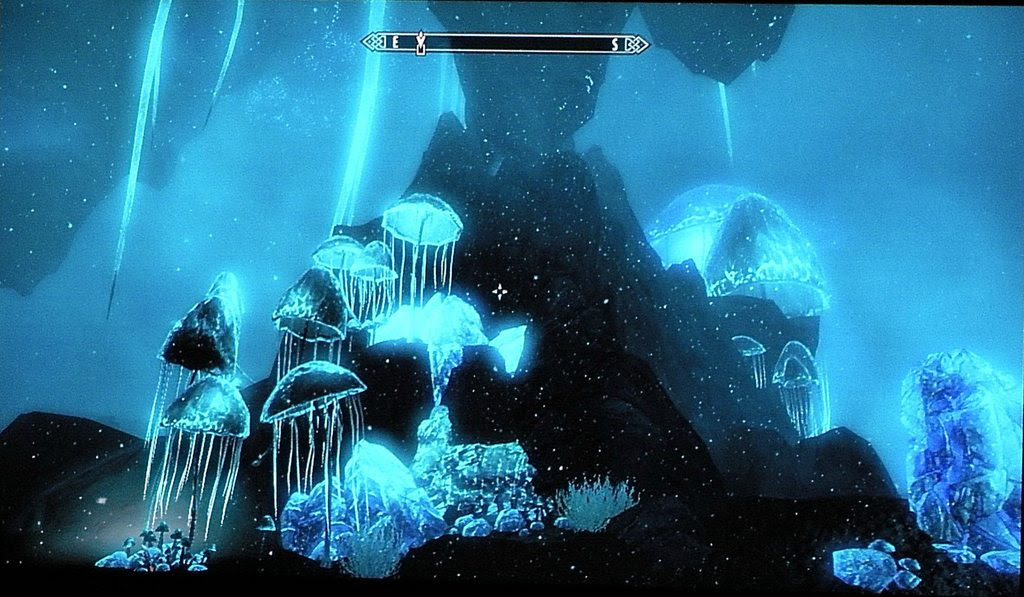 To keep my exploration from being 100% random, I decided to collect as many examples of crimson nirnroot as I could, therefore unlocking the "return to your roots" quest. The quest requires you to have 30; I got a few extras in my time in Blackreach. 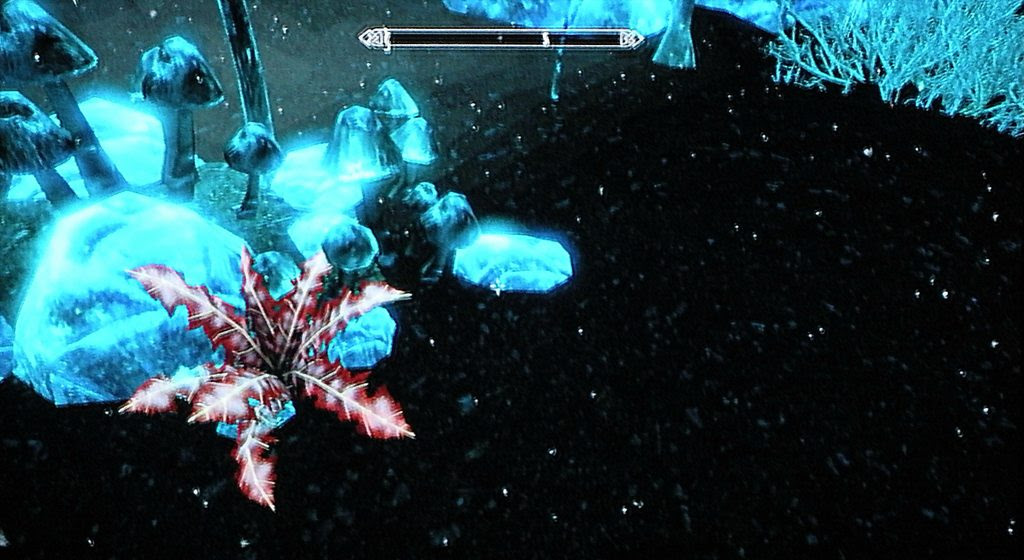 I was surprised to find a fucking giant strolling aimlessly down here. As usual, he turned hostile once I got somewhat close to him, and I had to put him down. 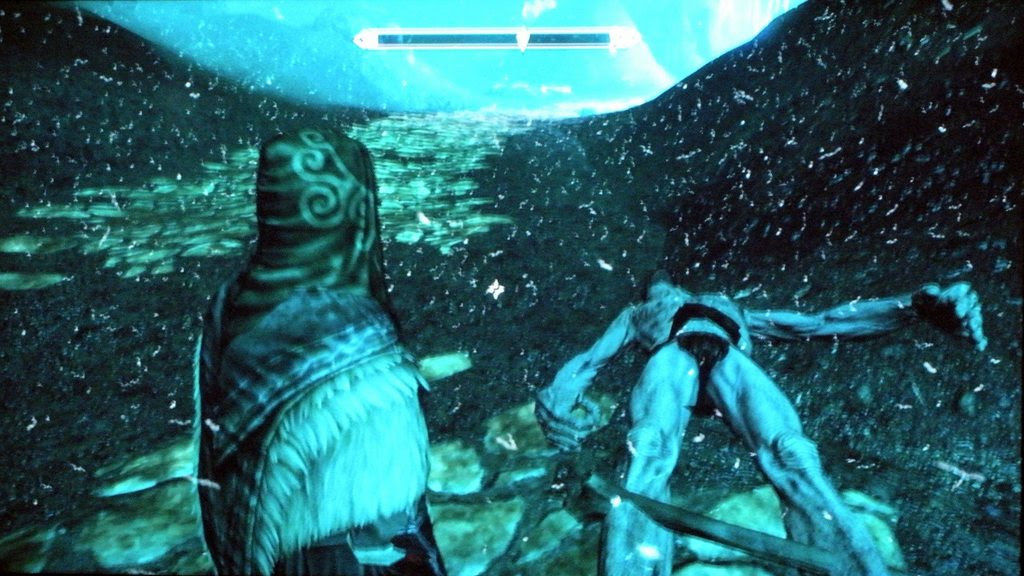 Here is a Dwemer Centurion Master who had the misfortune of being spotted by me; I killed it before it could even rise from its metal rack container-thingy. 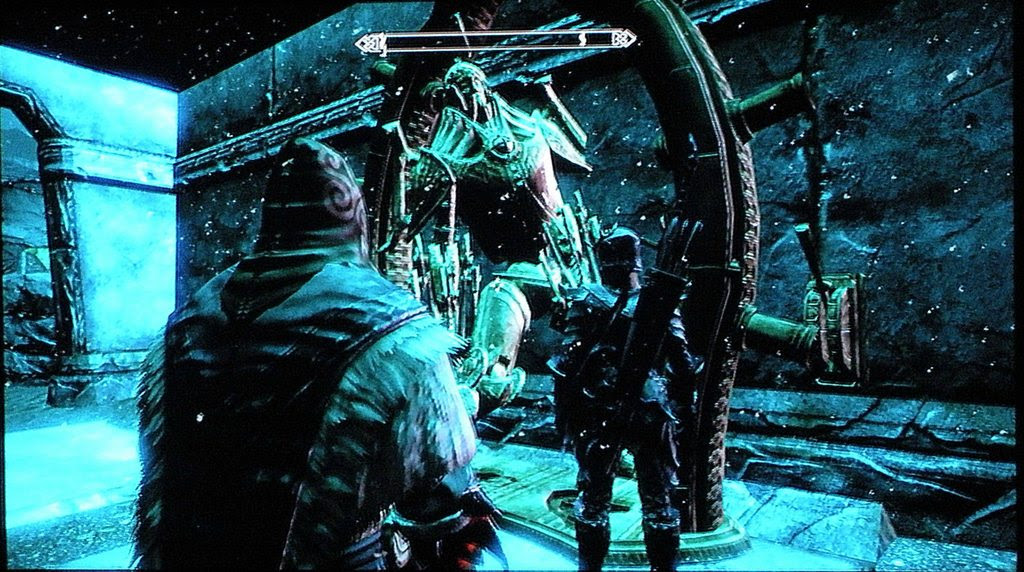 After dispatching a few Falmer near this orb... 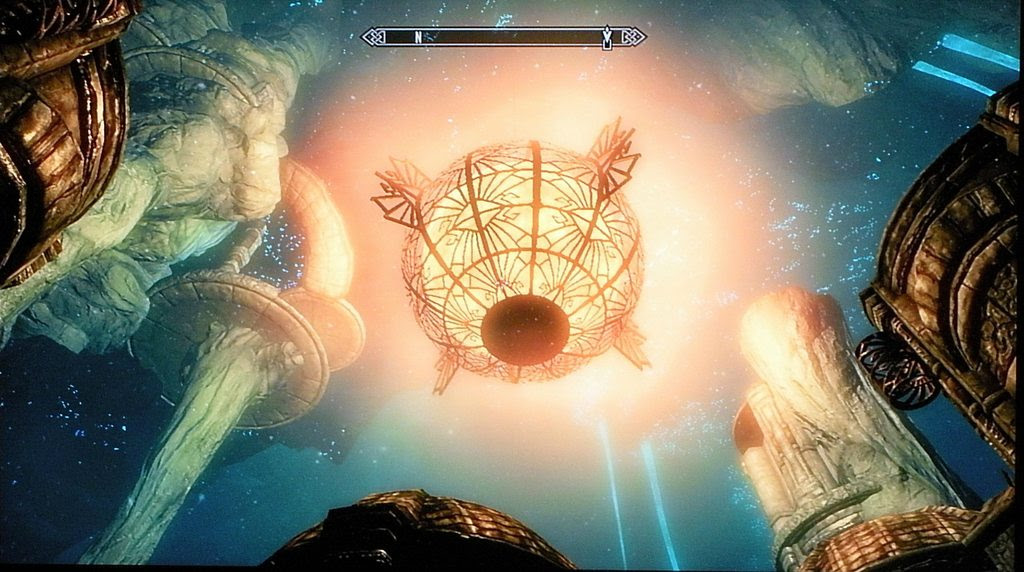 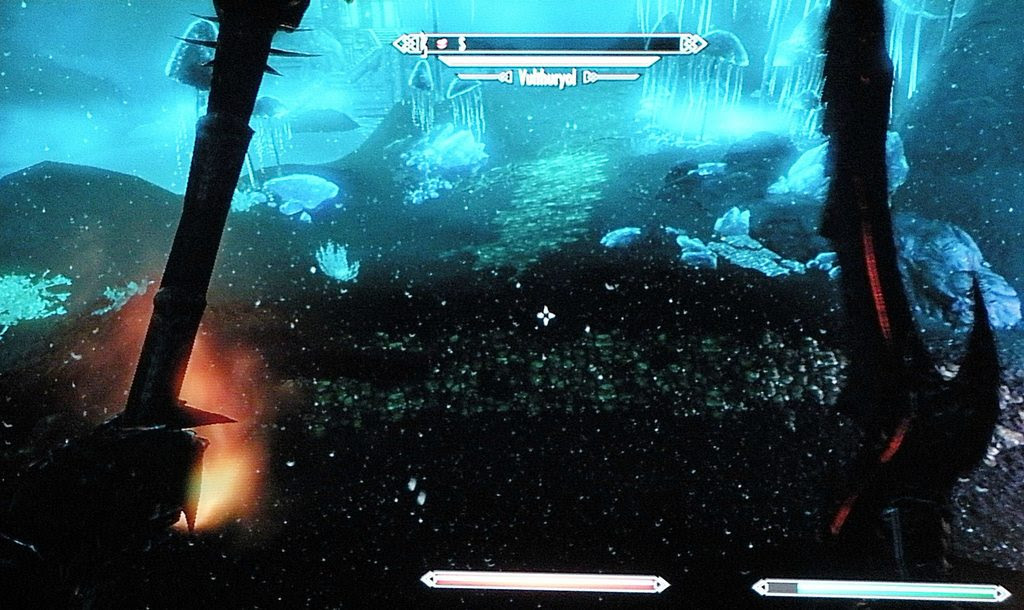 I have no idea how a dragon came to be trapped down here, as dragons are not normally found in caves in Skyrim. 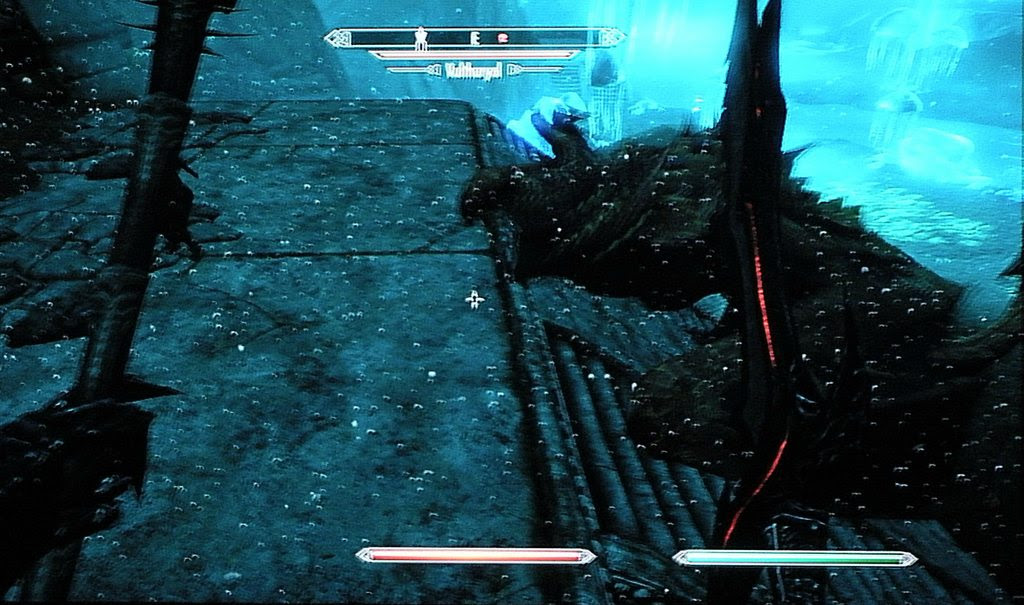 Fortunately, he was no tougher to kill than any other dragon, and he was soon munching dirt. 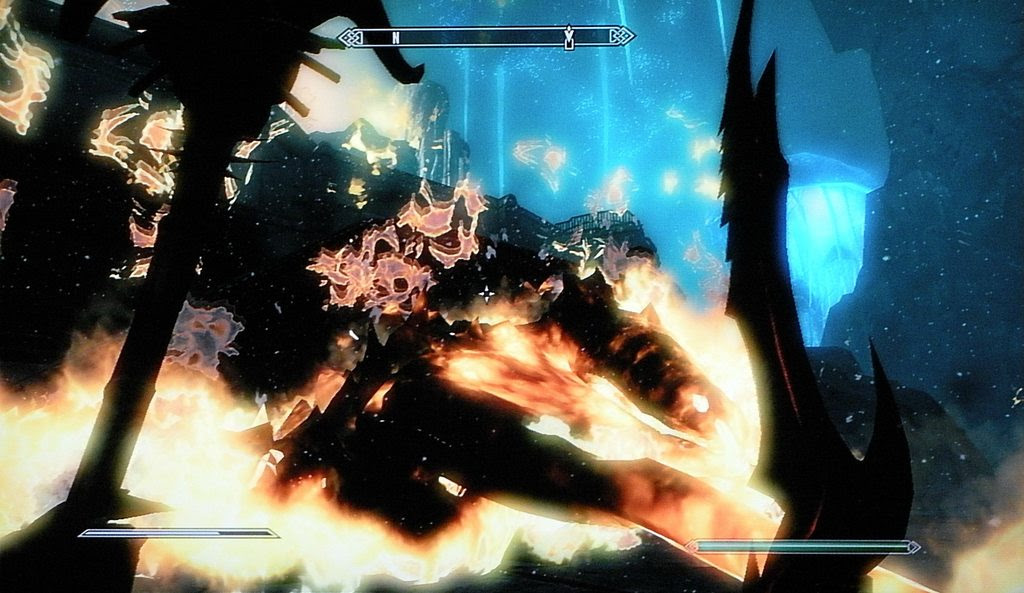 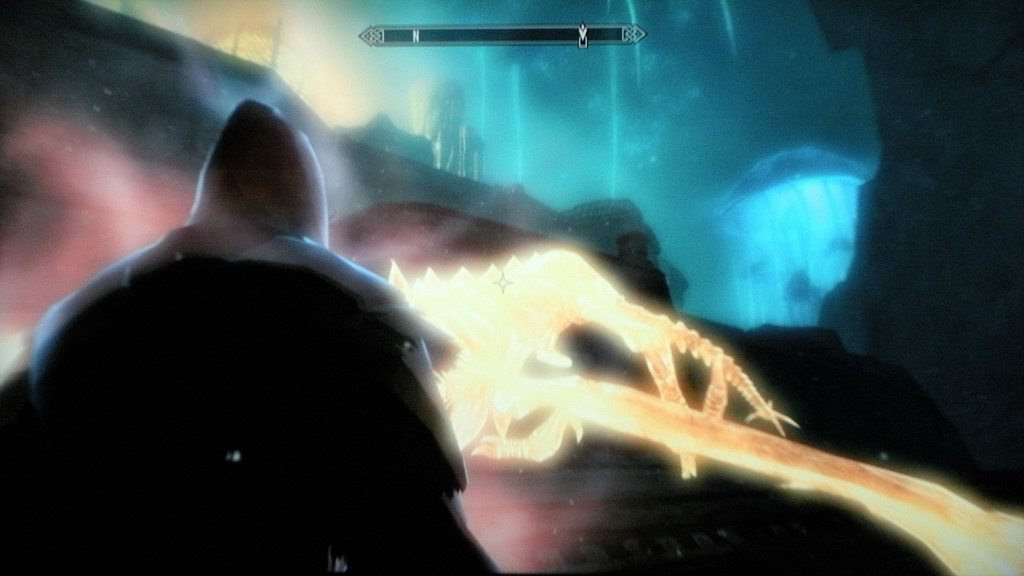 I spent about three hours altogether in Blackreach this time, and I still haven't been everywhere. The place is vast. I'll have to make a return trip when time allows.
For larger versions of any of these photos, you can view the album here. 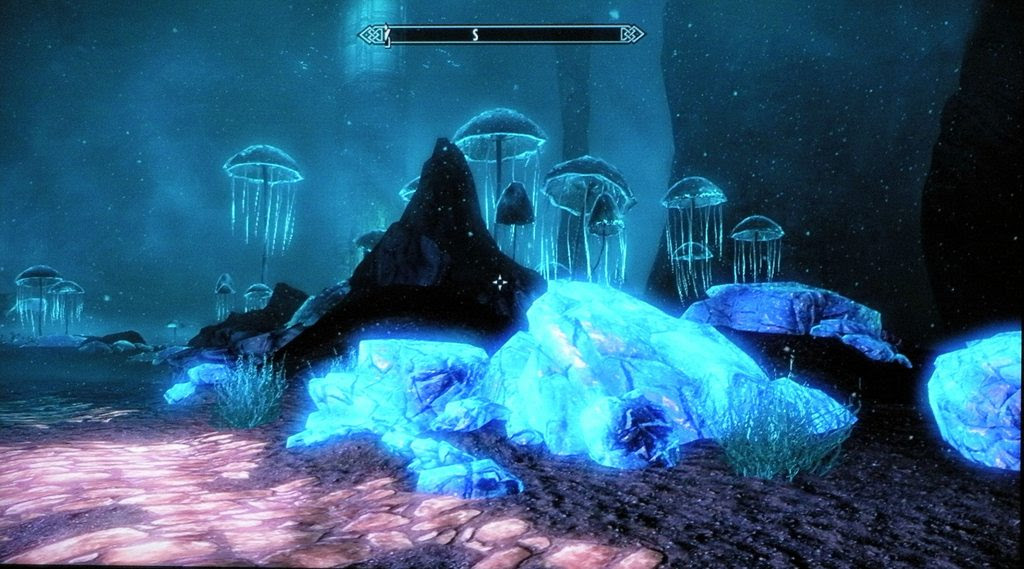 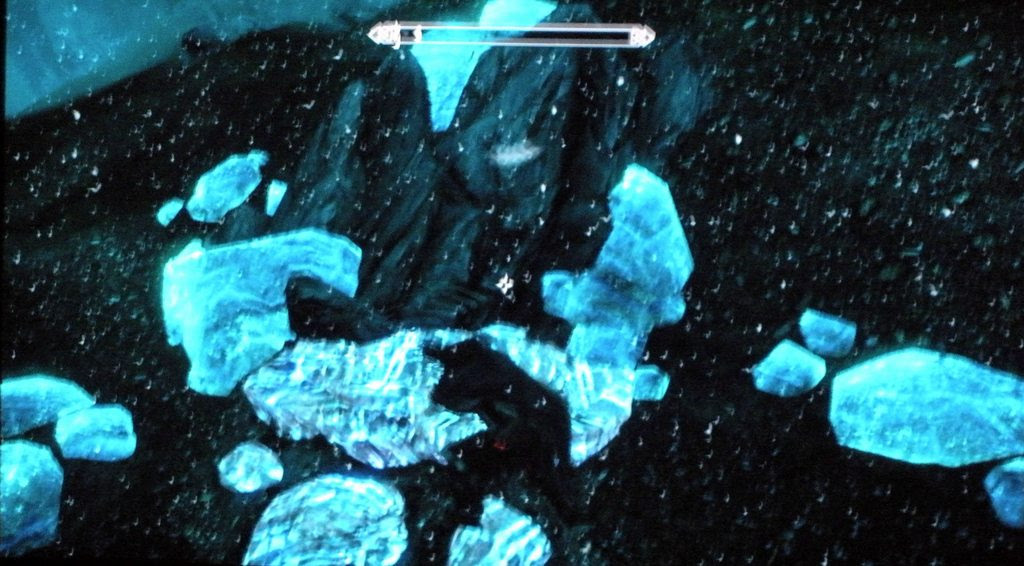 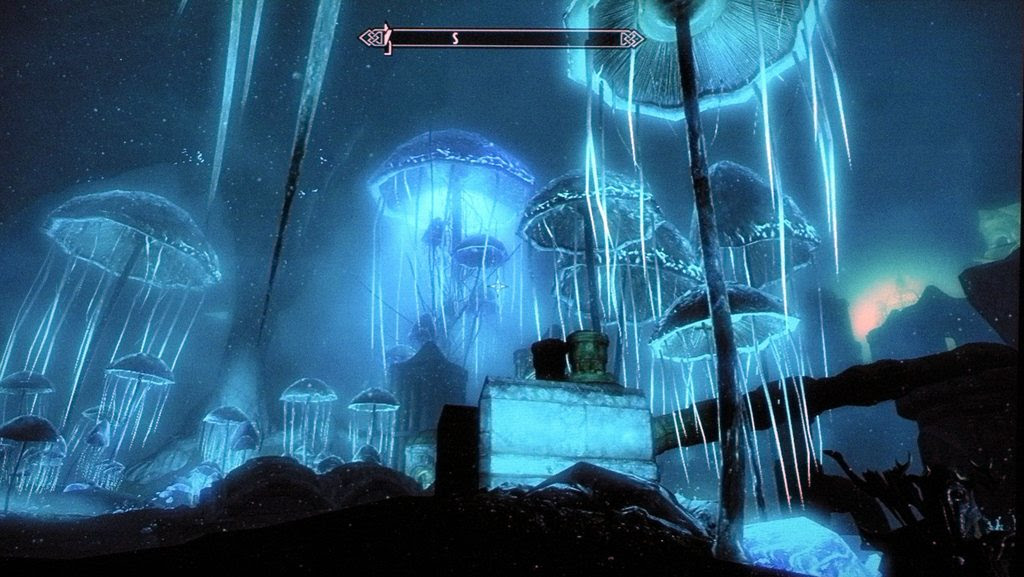 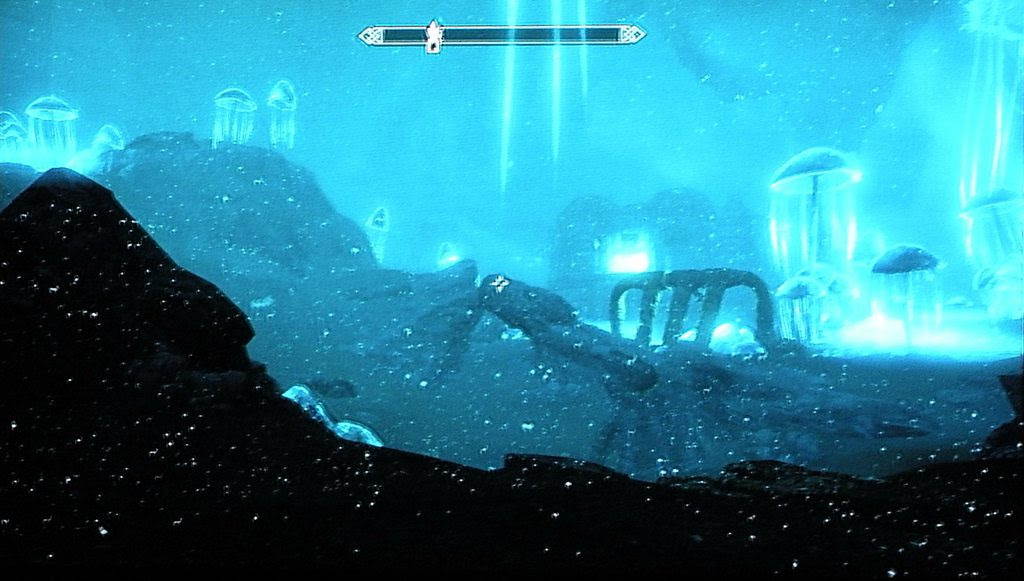 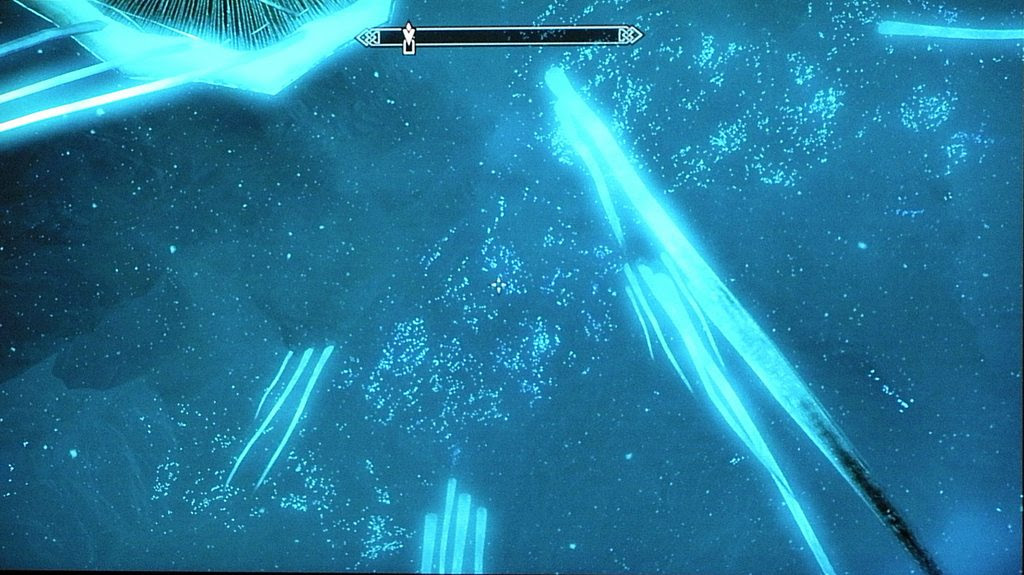