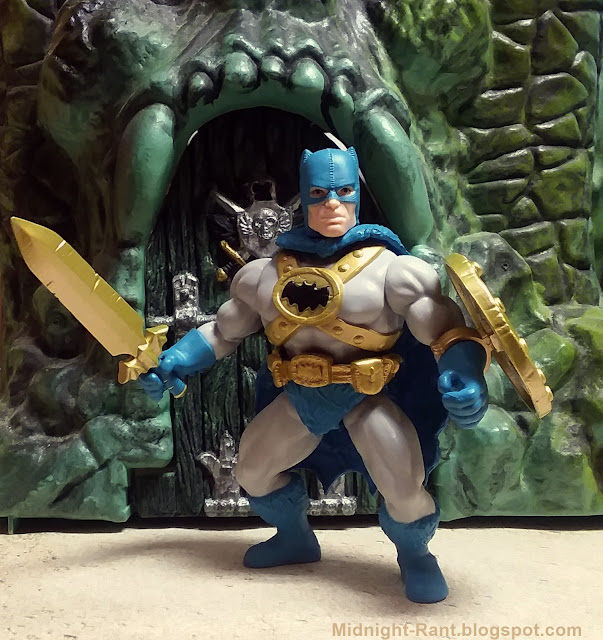 Funko has really been ramping up their vintage MOTU-inspired Savage World action figure lines recently, and DC Primal Age is probably the most surprising of them all. I never realized how much I needed MOTU-style barbarian versions of DC characters before! It seemed like almost no time passed between their announcement and and their going on sale, which is very refreshing in a hobby where product delays and pre-orders of figures that sometimes take years to see the light of day are all too common. It was really cool to hear about these out of nowhere, and then be able to order them so soon afterward. They seem to be an Amazon.com exclusive, at least for the time being, so that's the place to go if you want some of these. (I've heard that Target will be carrying the line after the holidays, as well.) I plan to get the entire line eventually, as funds allow, but today, we'll be taking a look at Batman.

The sculpt is pretty good overall, although I do have a few niggling issues with it. The level of detail is pretty nice, and while it seems soft in some areas, this is in line with the vintage toys that inspired these. In fact, there are a few spots where the detailing is almost a little too fine, such as the tiny stitching in the cowl, and the fur of the loincloth and boots. There are some nice dings and notches in the armor and weapons, and the musculature is evocative of the vintage MOTU toys without venturing into "this is so similar they might get sued" territory. I'm not thrilled with the face, as it seems too generic and doesn't really say "Batman" to me, but then, this is a prehistoric barbarian version of Batman, so I suppose it's right that it look rather different than I expected. Batman works well size-wise compared to the vintage MOTU toys and the other Funko SW figures. 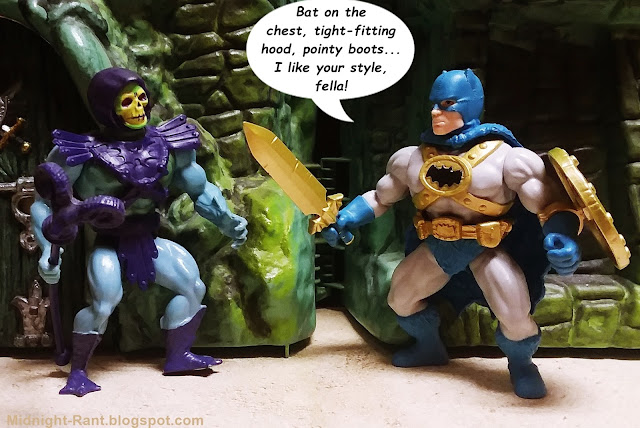 The paint apps are okay. Not terrible, but they're not gonna make you dance a happy little jig, either. There's some slop and overspray in multiple areas, but I suppose we can be generous and go with this as yet another detail that's similar to the toys of the '80s. ;) The articulation is just what you'd expect from such a figure, with cut joints at the shoulders, waist, and neck. The hips have a ball & socket connection that allows for a similar range of motion as the old MOTU rubber band legs, while (presumably) holding up better over time. The legs do have a tendency to pop off if you move them too far one way or another, but they pop right back into place with no issues. (There have been multiple reports of breakage where the legs attach, however, so be careful about how much force you apply if you need to pop them back in!) Sadly, the "power punch" spring-loaded waists from the vintage MOTU figures is not present on the Funko toys. I don't consider that a genuine drawback, but man, it would be cool if they had it! 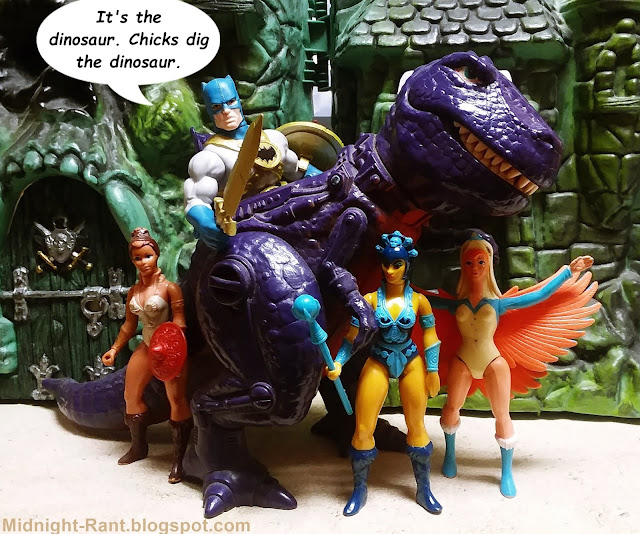 Batman only has two accessories, but they're very cool ones. He has a great bat-hilted sword and a big bat-themed shield. Even as a barbarian warrior, Batman knows all about the importance of branding! Both are molded in a nice metallic gold, and the sword has some blue wrapping on the handle. The shield clips into place on the forearm right above the end of the glove, and the hands can hold the sword with no issues. The big furry cape is removable, so you could count that as another accessory, depending on how you look at it. Batman has more accessories than the SW figures usually get, but I can't help feeling he should have had a couple more. As the main guy in this line, it seems only fitting. A jagged stone batarang or two seems like a no-brainer, and I find myself wishing he also had an axe. That would give him the full complement of weapons the original He-Man figure came with, and would be another cool echo of the toyline that inspired this one. I'd also really like the armor to be removable, rather than sculpted on. Switching armor was always a fun feature with the MOTU figures, and it would be really cool if we could do so with these. 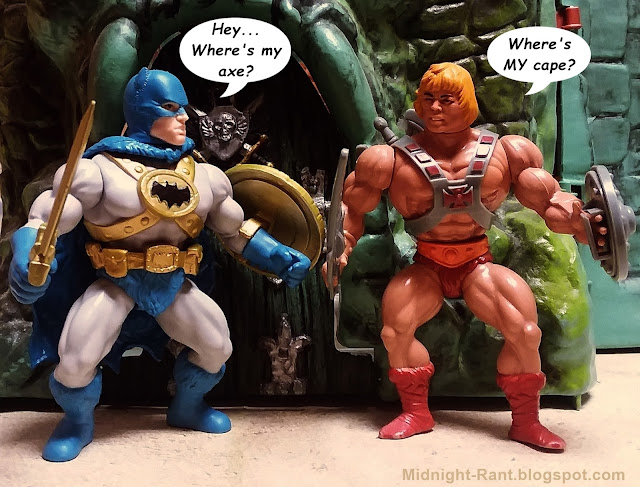 Jeez, that last paragraph makes it sound like I'm kinda down on this figure, but I'm really not. The fact is, Funko has done such a great job evoking that vintage MOTU feel with this figure that I can't help wishing they'd done a few things a bit differently to hammer it home even more. I'm very pleased with the figure as he is, though, and I can't wait to get the rest of this line! Kudos to Funko, DC, Amazon, and Target for making such a fun idea a reality. Now Funko just needs to focus on those issues with breakage. I was lucky with my figure, but it really sucks to see fellow collectors getting broken figures. Hopefully Funko gets the QC under control, as it would be a damn shame for this line to be cut short due to such issues. I'm hoping for a bright future for this line!