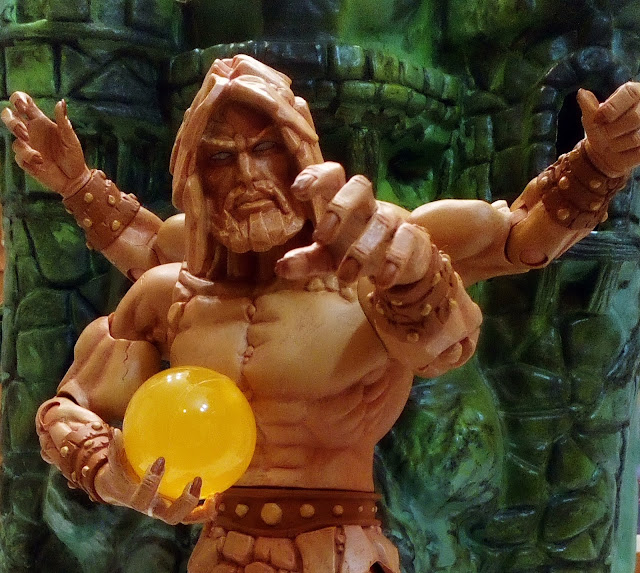 I know I say this sort of thing a lot in these reviews, but when the Masters of the Universe Classics line kicked off in late 2008, Procrustus was the type of figure nobody expected to get. Due to retailers' total disinterest in carrying MOTU toys(which was understandable, considering Mattel's colossal bungling of the then-recent 2002 line), the adult collector-focused, online exclusive toyline was seen as something of a desperation move, and getting the main few dozen characters as new figures was the best most of us hoped for. Obscure characters who only appeared in a couple of pages of a single minicomic, much less a giant, seemed like a pipe dream. 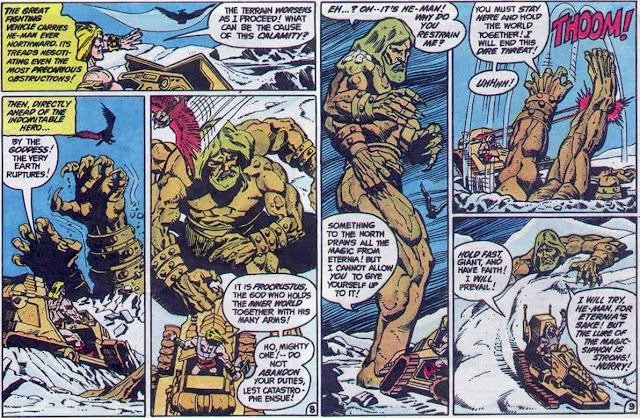 And yet, here Procrustus stands. I remember being very, very young and looking at him in the early minicomic The Magic Stealer, and wanting a toy of him so damn bad! Like the Goddess, he was one of those early comic characters I was drawn to, and who never received his due in plastic until decades later. While he's not as huge as depicted in the minicomic-- a six-foot-tall toy would be rather cost prohibitive, particularly in this line-- he's quite large, and his extra arms give him even more bulk than the other giants, Tytus and Megator. Procrustus was released during the period during which I was unable to buy any MOTUC stuff, and I purposely avoided looking at photos of him, since it would only be torturing myself. Given this line's heavy reuse, and Mattel's general chintziness, I figured he would probably be mostly reused parts from Tytus, with a few key parts newly tooled to set him apart. Basically, the bare-ass minimum, which is often all Mattel is willing to deliver. (Do note that when I rant about how cheap and often incompetent Mattel is, I'm not talking about the teams that work on the individual lines. There are some very passionate and talented people working on Mattel's various lines, and the fault for such decisions very rarely lies with any of them. It's the higher-ups who make some key decisions who often undermine what the people who actually work on these toylines try so hard to accomplish.) 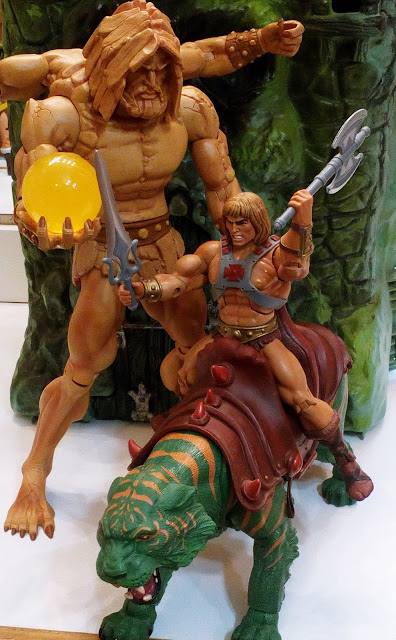 Thankfully, this is not the case. Procrustus is composed almost entirely of newly tooled parts, and he is all the better for it. His sculpt is typical of the excellence we have come to expect from the Four Horsemen, with lots of detail in his craggy skin. Even his hair and loincloth have that rocklike texture. This makes for a figure that is very visually interesting. The exceptions are two of his hands and his legs. These are reused from Megator, and the smooth appearance of the legs is completely incongruous with the rest of the figure. Given how many new parts Procrustus has, I can live with the reuse here, but it does harm the figure's overall appearance a bit. 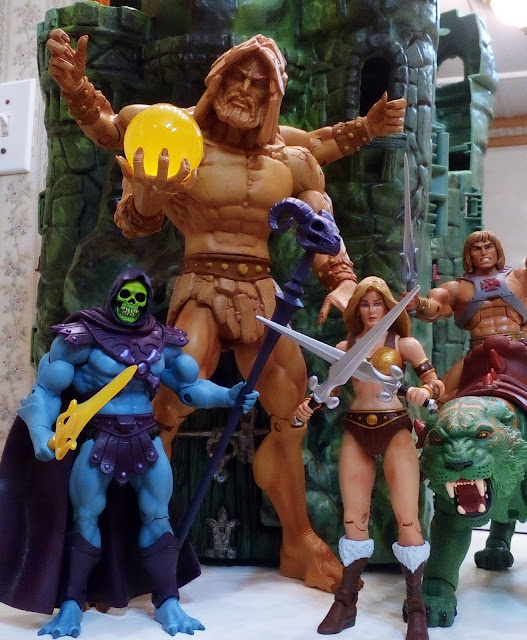 Procrustus is cast in a tannish/peachy sort of color that is pretty close to his comic appearance, with a very nice paint wash to bring out the sculpted detail. This paint wash also helps blend the smooth legs in with the rest of the sculpt a bit. His eyes are white, with a touch of eyeliner for the stylish flair you'd expect from an immortal giant who spends his time holding the entire planet together. Articulation is not up to the normal standard for this line due to the additional cost that would incur. (Though I do find Mattel's claim that a fully-articulated figure in this scale would have to cost $100 pure bullshit. Other toy companies have figured it out, even on limited-run items, so they should be able to do the same.) Procrustus does fare better than his predecessors, thankfully, especially Tytus. His shoulders are not ball joints, despite appearing to be. Each attaches to a peg mounted in his torso, and moves as a swivel. He also has swivels at the biceps, wrists, hips, and waist, joints at the elbows and knees, and a ball-jointed head. His hair and loincloth are very stiff, however, and severely limit the range of motion. You can get him into some cool poses, but he is extremely limited from the waist down. (Something no man likes to admit!) Some of his hands are sculpted to hold weapons, but he doesn't include any. His lone accessory is the Star Seed, an immensely powerful magical artifact. I always like getting lore-friendly items like this, so it's a cool bonus with the figure.

I waited more than three decades to get this figure, so he needed to be pretty damn awesome. While I would really like him to have more articulation, and the reused smooth legs are a shame, Procrustus is still a very cool figure. I still can hardly believe this figure even exists, much less that I have one on my shelf! His height and bulk give him a very impressive presence, and he is essential for anyone who loves the pre-Filmation era of MOTU. Now we just need an Attak Trak in the MOTUC line so we can re-enact that scene from the minicomic! ;) 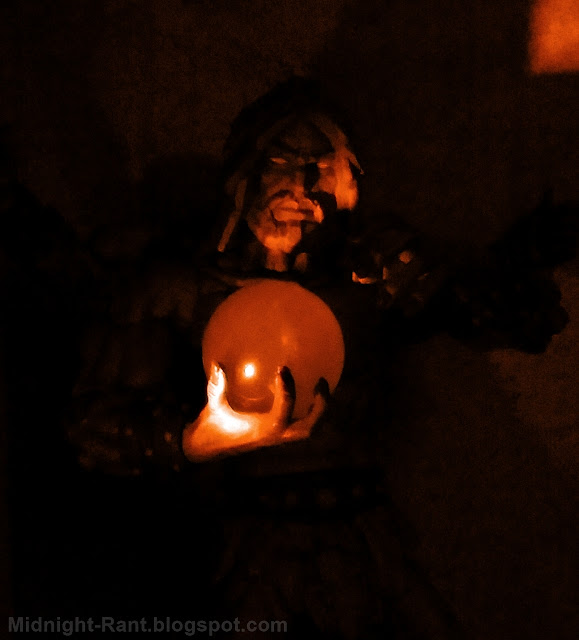