Thanks to Amazon listing the March sets early, UPS delivered this to my door Friday. (They did not deliver my big "treat myself" purchase like they were supposed to, so they're still kinda on the shit list.)

Pirates is one of the most beloved classic Lego themes, and since it's been absent since I finally returned to Lego collecting, I was very pleased to hear of its imminent return a few months ago. When the new sets were unveiled, this was the one that most interested me. The island itself is basically an updated version of this set from 1996. (I only discovered this while browsing classic Pirates sets in anticipation of this one's arrival, as I was in high school in '96 and Lego was about the furthest thing from my mind.) It has some nice details, from the dilapidated pier to the hidden compartment for the treasure map. You've gotta love that the giant skull has a gold tooth. (I, of course, took this photo with the gold tooth blocked because I am such a pro.) 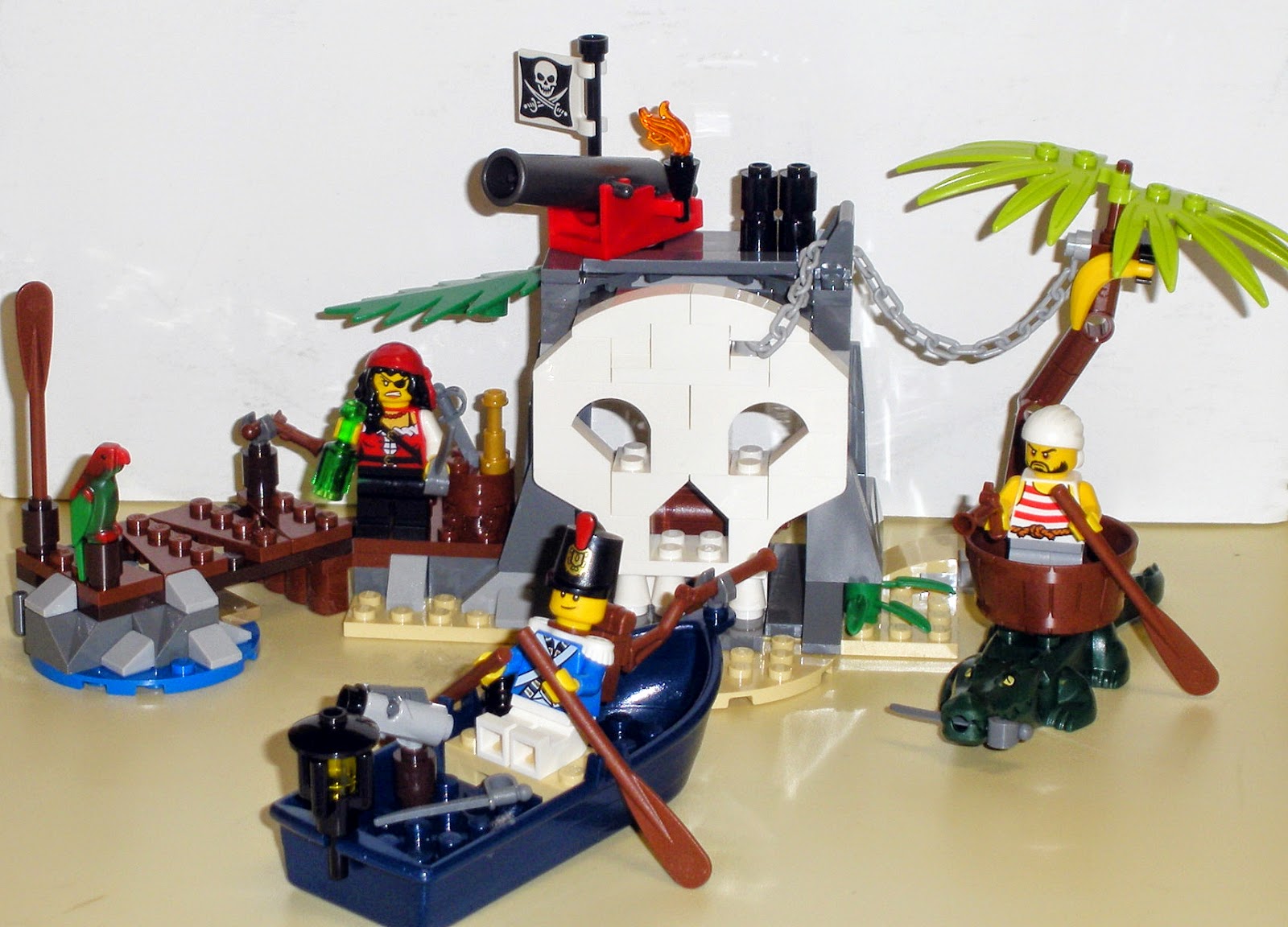 This minifig immediately became one of my favorites, and was one of the main reasons I wanted this set. With her corset, snarl, and even a little beauty mark, she's got plenty of personality. Her hairpiece is the same as CMF series 9's Fortune Teller. It's a great piece, and I'm pleased to see it getting some use. 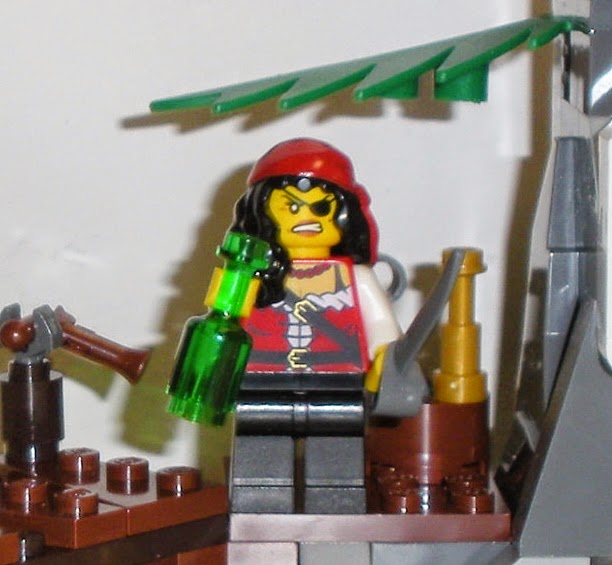 The other pirate minifig also played a big part in making this the Pirates set to get for me. He's basically an updated version of the only pirate minifig I had when I was a kid, from the Desert Island set. The new gator is pretty cool, too. 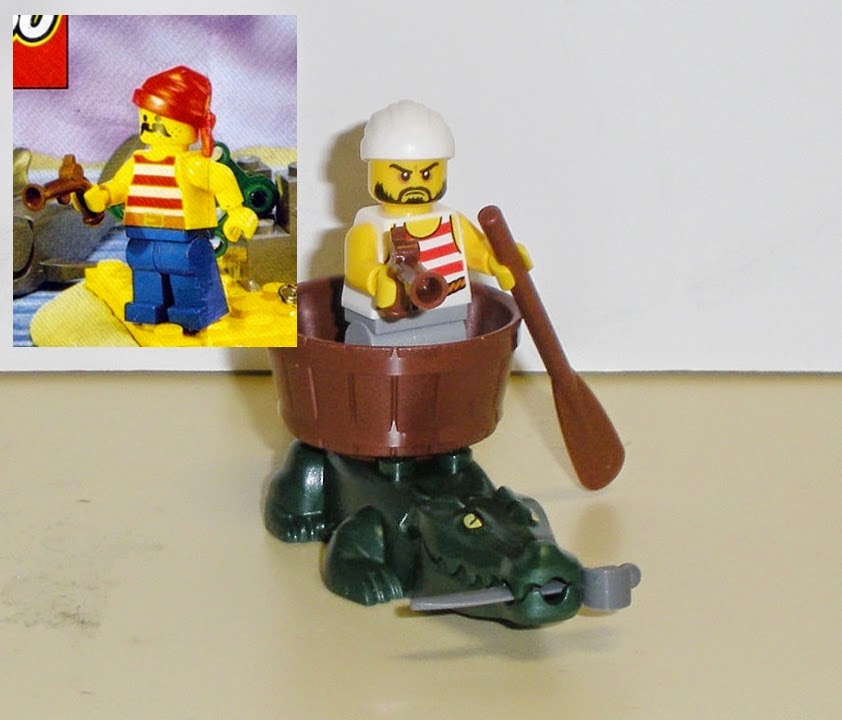 The giant skull keeps the pirates' enemies from seizing their treasure, unless they figure out that it can be lifted by moving the wonky banana tree to the side(or, y'know, just walking around to the exposed back). Other play features include the stud launcher on the little boat, and the cannon, which fires the round 1 stud pieces. 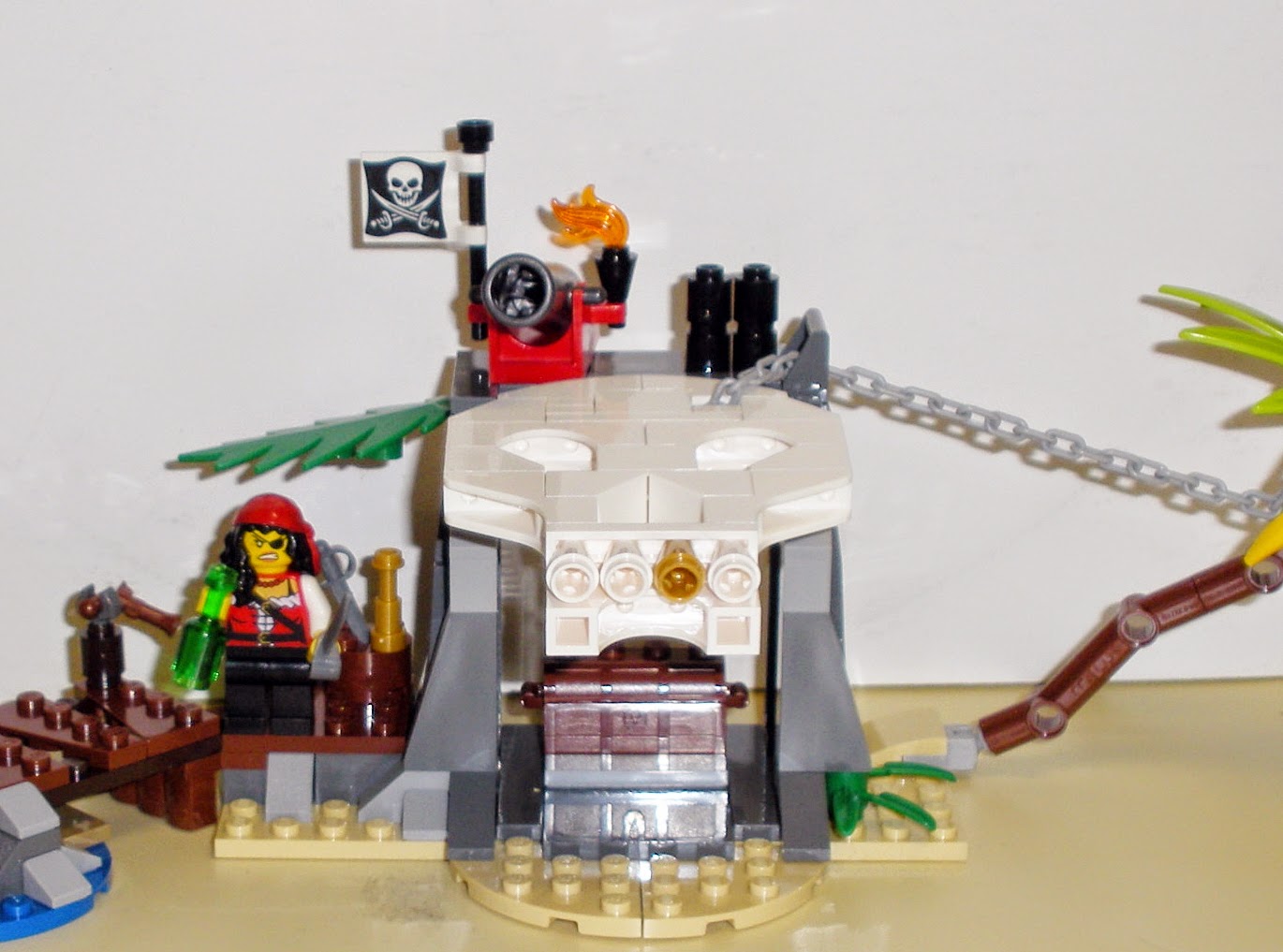 This is a pretty nice set for the $20 price. If you're interested in the new Pirates sets and wanna dip your toe in the water, this is probably the best place to start. It has a nice collection of minifigs, the build itself is quite cool, and the play features will be a nice draw if you're purchasing it for a child. Some of the other sets are also rather overpriced for their size, but that isn't an issue with this particular set. Highly recommended.
Posted by Waylon Piercy at 11:32 AM