Thoughts on the "Batman vs. Superman" Batman and Batmobile reveal

So, following director Zack Snyder's tease yesterday, he released a photo today with the tarp pulled off. As a surprise bonus, we also get our first glimpse of the new Batman costume! 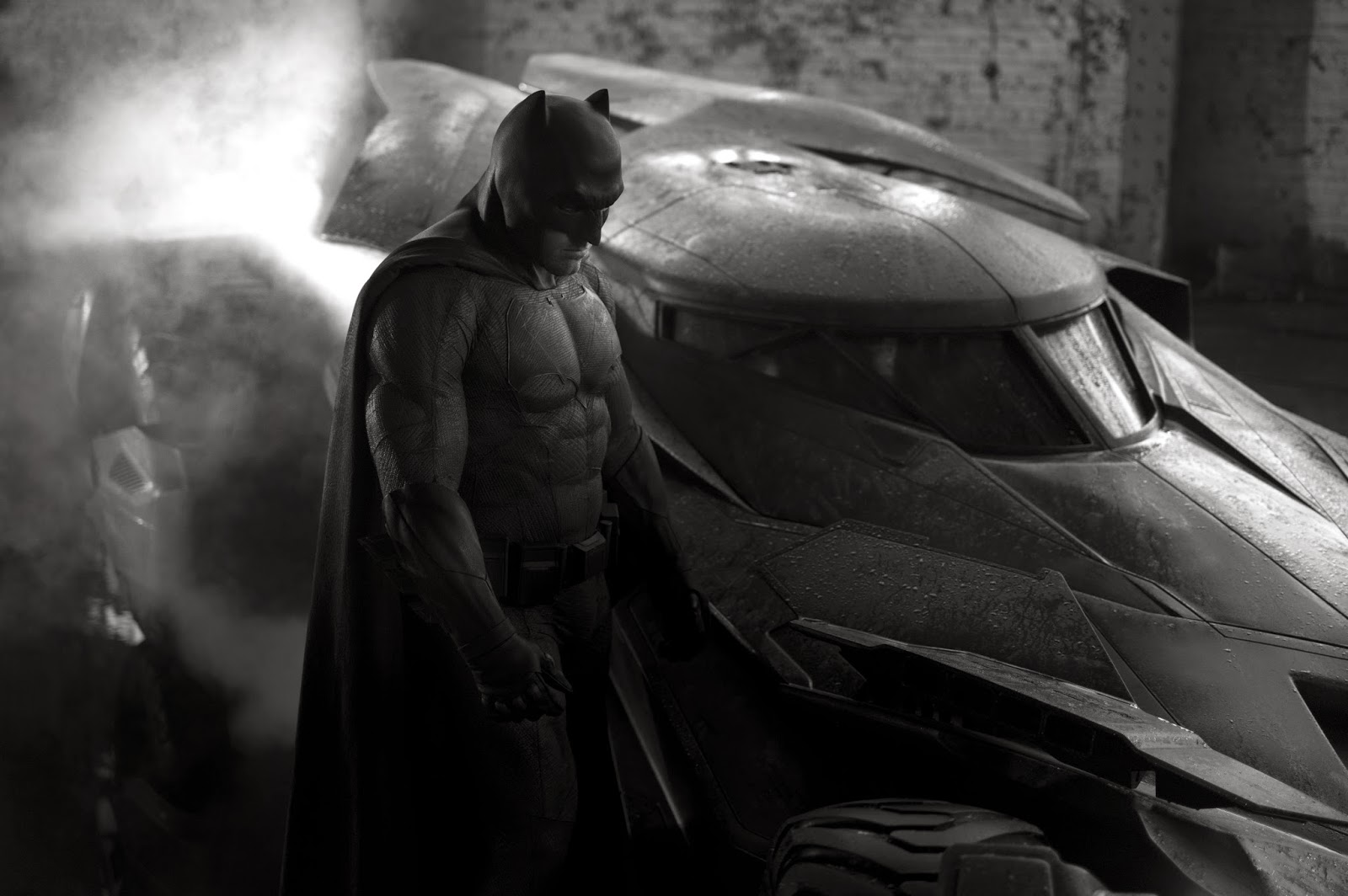 As far as what we can see of the Batmobile, it looks awesome. I love the Tumbler from the Nolan movies, but I'm still happy to see a return to a more traditional style of Batmobile for this movie. As for the costume, many people are claiming The Dark Knight Returns influence, and with the short ears and "bloated" bat emblem, I see where they're coming from. I'm not a fan of a short-eared Batman costume personally, though I wouldn't want crazy Kelley Jones-style rocket ears, either. The costumes in the previous movies had a good ear length. The costume also looks as if it may be a return to the rubber suit look; if true, I am definitely not thrilled about that. In the larger version of the photo, however, you can see that the costume is textured, which alleviates that look somewhat. At this point, based on this glimpse, I think it's a decent, but not great, costume. It's particularly disappointing after all the rumors that it was inspired by the art of Lee Bermejo. (As always, those rumors were to be taken with a rather large grain of salt, but one couldn't help hoping...)

All that said, it should be kept in mind that all we have to go on here is one black and white photo in which much of the costume is obscured by shadows. It may well leave a more favorable impression once we get to see it in full. In the meantime, while it's not the exact costume many of us were hoping for, it's not bad, either.
Posted by Waylon Piercy at 2:10 PM