It's been a few weeks since my last post; everything I own has been packed up, and most of it still is. We've been crazy busy with the renovation, and I've only just gotten things set up well enough for me to sit down and write a new post this week. (I was using my tablet to get online before, and if you think I'm about to type out an entire post using a seven-inch touchscreen, you've got another thing comin'!) Anyway, a hell of a lot has happened, so let's catch up on some of it!

First of all, the latest trailer for June's Man of Steel is amazing. I've been looking forward to the movie for a while now, but this trailer has ramped up my excitement to almost unbearable levels. Everything looks fantastic, and Hans Zimmer appears to have worked another of his musical miracles based on the parts of the score featured, plus what I've heard elsewhere. If you've managed to squeak by this past week without watching it, give it a look right now. Hell, watch it even if you've already seen it! It's that damn good.


Wrestlemania was on the 7th, and I watched it, of course. It was a decent, if predictable, show. Punk vs. 'Taker was the match to beat, and no one managed to do so. Rock vs. Cena version 2.0 was as by-the-numbers as you can get, but given the skill and hard work of both those guys, it was still pretty good. Still, the excitement I had for their rematch withered and died on the vine once it became clear a month or so before the show that Punk wouldn't be involved. Seriously, a three-way match would have been far better, and added the bit of newness to the mix that was desperately needed. The following night's episode of Raw was far better than 'Mania, actually. The live audience played a big role in that, adding so much to the show as only a truly wired audience can.


Superman and Lois Lane celebrated their 75th anniversary last week, and there have been tons of features all over the web. I've enjoyed CBR's coverage most of all, ranging from interviews with Superman creative teams from the past, and the extensive features on the CSBG blog. The fan-voted list of the 75 greatest Superman stories is a great place to start if you're looking to read some quality Superman comics. Sure, there are a few stinkers included, but that's bound to happen anytime you have a large group of people voting on anything; a few of the popular choices are bound to be sub-par. By and large, it's a damn good list.

Batman and Robin continues to be one of the finest superhero books on the market, as issue 19 amply displays. Red Robin guest stars, and although he unfortunately doesn't get much page time, the continuing story of Bruce dealing with his son's death is moving and engrossing. A surprising appearance by Frankenstein and the introduction of Carrie Kelly(the Robin of Frank Miller's The Dark Knight Returns) into the current DCU make the issue that much better. If you like solid superhero books and you're not reading this series, you're cheating yourself. 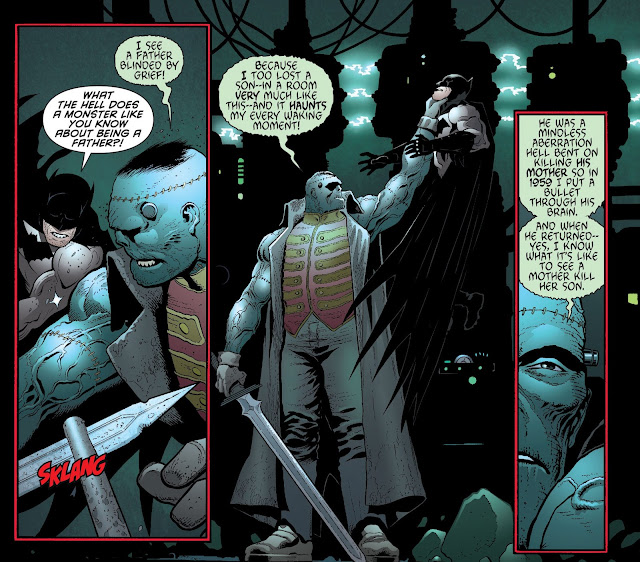 Anyone who digs comics and streams Netflix has probably been lamenting the lack of DC animated shows available on the service. That finally changed last week, as Justice League, Justice League Unlimited, Batman Beyond, and Batman: The Brave and the Bold were all added! Now, they just need to add Batman: The Animated Series, Superman: TAS, and The New Batman Adventures. And yeah, I already have most of those shows on DVD, but it's so much more convenient to stream them. I just wonder what the holdup is on the rest of the shows? 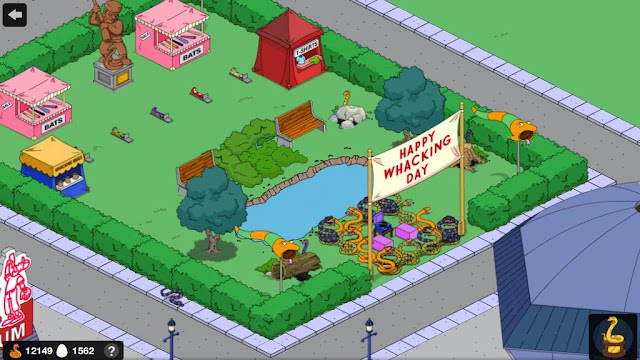 Whacking Day has arrived in the Simpsons: Tapped Out mobile game, and a slew of new content is included. With all the new content and features we got with the Whacking Day update, I was shocked that we also got the level 28 update only a week later, which delivered Fat Tony, Legs, and Louie, along with a few new buildings, and the Rich Texan as a premium character. Everyone has been whacking away for the past two weeks trying to get all the Whacking Day prizes, and the May 9th deadline is fast approaching! I snagged the final prize Monday night, so now I'm getting one of the Whack Boxes for every 1,000 snakes I whack. Each Whack Box grants you money or donuts; guess which one I keep getting? 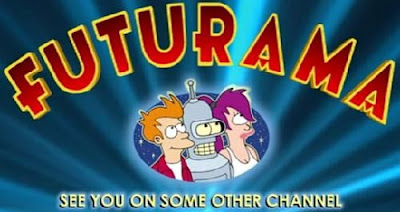 Monday brought us the sad, sad news that Futurama has been cancelled again. The show has definitely had its ups and downs, surviving a previous cancellation by transitioning into a series of movies before returning to TV, and I'm one of the millions who have been with it every step of the way. I'm damn sad that it is ending, but at least we still have those final thirteen episodes to look forward to.

Free Comic Book Day, one of my favorite days of the year, is next Saturday! If you're unfamiliar with it, FCBD is held on the first Saturday in May each year, and is exactly what it sounds like: comic book publishers offer special issues for free, which are available at comic stores across the country. It's become a pretty big deal to Cindy and I, and we always make a day of it. We usually hit the store just before lunchtime, have lunch downtown, and then go see whatever comic-based epic is showing in the theater(that'll be Iron Man 3 this year). We also make time to check out a few other locally-owned businesses that we don't get to visit as often as we'd like, and just generally have a ton of fun! You can check out this year's FCBD offerings at the official website.

That's it for this week! Things are returning to normal here, so posts should proceed normally from here on out.
Posted by Waylon Piercy at 1:30 PM