As many of you are aware, it's gotten increasingly tougher to keep this blog updated regularly over the past year or so. Between writing, various work and puttering around, and all the goofing off that is so very dear to me, it can be difficult to find the time to put together a post. I'm not about to let the blog fall by the wayside, however, so my solution is this weekly-ish column that will serve as a catch-all for whatever I'm up to at any given time, mostly items of interest that aren't worthy of an entire post of their own. Long posts devoted to a single topic will still appear; they'll just be fewer and further between, as has become the norm.

First of all, how the hell crazy is it that the entire month of January is already gone? On a related note, how about the nearly 80-degree days we've been having in the south? That's bad, even for the area. Anyway...

I've been sick with some kind of crud since this past weekend. This is really the first time I've been sick in about three years. Thankfully, I bounce back quickly, so I'm already basically over it. That's good, because I felt crappy enough for a few days that I didn't get much writing done. I don't think I've mentioned this here before, actually; my new book will be a novel starring Grant Mercer, the protagonist (some would disagree with the use of the word "hero") of the story Apex Predator, from Nightmare Escapade. I'll be doling out more information as the book nears release.

Here is a wonderful story about video game studio Bungie brightening a little boy's day after he had major surgery. Get your tissues ready.

If any of you haven't yet seen the thread documenting the series of prank calls 4chan perpetrated against the Gold & Silver Pawn Shop seen on the TV show Pawn Stars, here it is. It gets better and better as it goes. You might need tissues for this, too; you'll be laughing pretty damn hard.

Reddit threads of note from the past week: Redditors share secrets they have sworn to take to the grave, since it's semi-anonymous on the internet. Be warned, however: the thread has over 24,000 replies, so the rabbit hole runs deep. This one is about the strangest things you've gotten someone else to believe. Clearly, I was over-qualified for that one, so I chose one at random. Here is one of my favorites from that thread:

And, as always, you should check out r/todayilearned at least every couple of days to stumble across all kinds of handy and fascinating information.

I came across this video last week. It's a panel with Neil deGrasse Tyson, so you know it's good. Skip to about the 15 minute mark to get to Neil.

My Halo Oddyssey
I've been on a Halo kick lately. You could be forgiven for calling me a veteran of the Halo series, as I picked up the first game along with an Xbox about two months after they were released about this time in 2002. Going through the campaign cooperatively with a couple of friends(though only one at a time, as four-player coop wasn't introduced until Halo 3 in 2007) are some of my greatest game-related memories. All told, I must have played through the campaign at least a dozen times. The multiplayer didn't see as much action, since we were limited to two-player splitscreen. I was the only one of my circle of friends who had an Xbox, so system link multiplayer sessions were out. 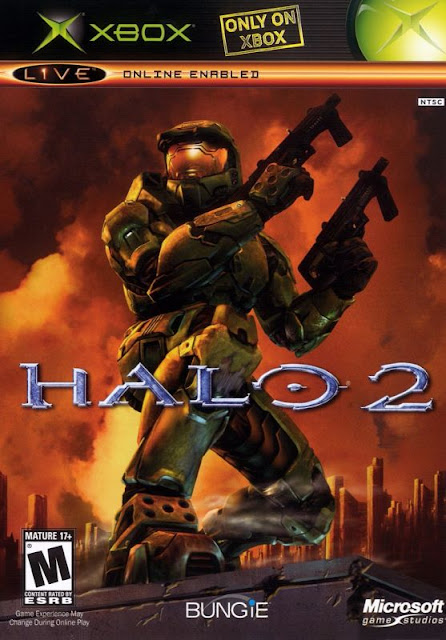 Skip ahead to 2004, when Halo 2 was released. I was anticipating it as much as anyone, but lacked the disposable income to pick it up as soon as it came out. I was lucky to come across a used copy in Blockbuster for $6.99 a few months later, however, and took it home to fire it up. Unfortunately, the friends with whom I'd played the game a couple of years earlier no longer lived in town, so the experience just wasn't the same. I put it aside for a while, resolving to pick it up again at some point and finish it.

In 2007, as the release of Halo 3 neared, I figured it was as good a time as any to dust off the old copy of Halo 2 and give it a go. I restarted the campaign, playing it on my Xbox 360 this time. I got killed a couple of times on one level a little over halfway through, and figured I'd take a break and resume my game a little later.

As so often happens, I got wrapped up in other things and kinda forgot about it. As the spinoff and prequel Halo games were released, I thought about how I needed to finish Halo 2, but I never actually dug the game out to do it. Then, toward the end of last year, Halo 4 was released.

I was officially three full games behind. Yeah... time to catch up.

And so it was that, eight short years after I bought the damn thing, I finally beat Halo 2 last week. I wound up restarting the campaign after loading my save made it clear that I had no idea what the frig I had been doing. It was a somewhat repetitive level that consisted of many corridors and rooms that looked the same, and I couldn't remember where I had come from and where I was supposed to be going. I'd forgotten much of the story from the first half of the game anyway, so I just restarted.

It was fun. Such a well-made game, from top to bottom. I remember the endless howls of rage over the cliffhanger ending, but knowing that the conclusion of the trilogy is a trip to Gamestop away softens the blow considerably. And for all the bitching about spending only about half the game as the Master Chief, I really enjoyed playing as the Arbiter. Oh, and I still really hate the fucking Flood.

So, with that game finally finished, I can now move on to Halo 3. I have managed to avoid spoilers for more than five years, so if any of you know what happens, so help me Grodd, you best keep it to yourself.

That's it for this week. Enjoy the weekend, everyone, and watch out for the drop bears.
Posted by Waylon Piercy at 1:30 PM