A look at Structures, an architecture series by Blocktech 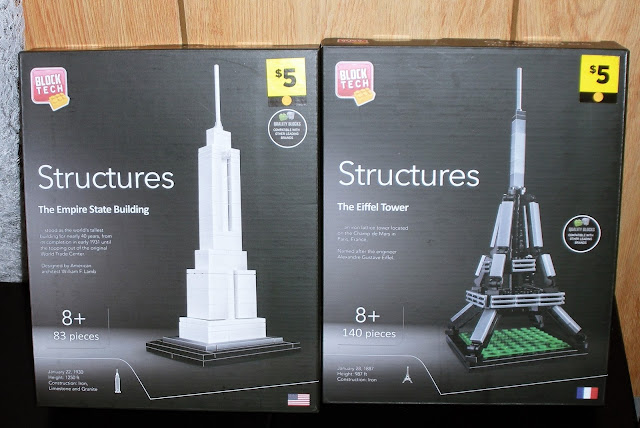 I came across these at the DG a few days ago. Blocktech is one of the numerous LEGO-ish off-brands. They largely produce sets that revolve around fireman and law enforcement themes, as well as subject matter LEGO won't touch, such as military. These arhitecture-themed sets are a new foray for them, to my knowledge. They also had a Big Ben set, but I figured I'd try these out for now and grab that one later if these stack up pretty well. Obviously, these are not going to be as good as the official LEGO Architecture sets; they're smaller, far less expensive, and they simply don't have the range of pieces or level of quality control that LEGO does. (Which is one of the main reasons they're so much cheaper, of course.) All that said, it doesn't mean these are automatically crap, and for $5 each, it's well worth giving them a shot to see if they're worthwhile builds when taken on their own merits. 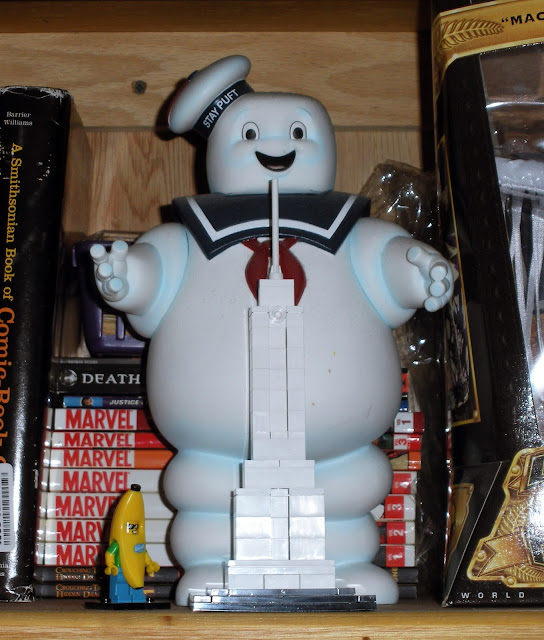 Here's the completed Empire State Building. (Banana Man [as well as Marshmallow Man] shown for scale.) It looks pretty good, honestly. It's actually quite similar to the LEGO Architecture ESB. Very similar, in fact. There are a couple of pieces that are present in the LEGO version that are lacking in the Blocktech one, but it appears as if those may be the only differences. Mind you, I'm not implying anything here; it's just an observation. There are only so many ways to render a box-shaped building with square plastic bricks, after all. Moving on... 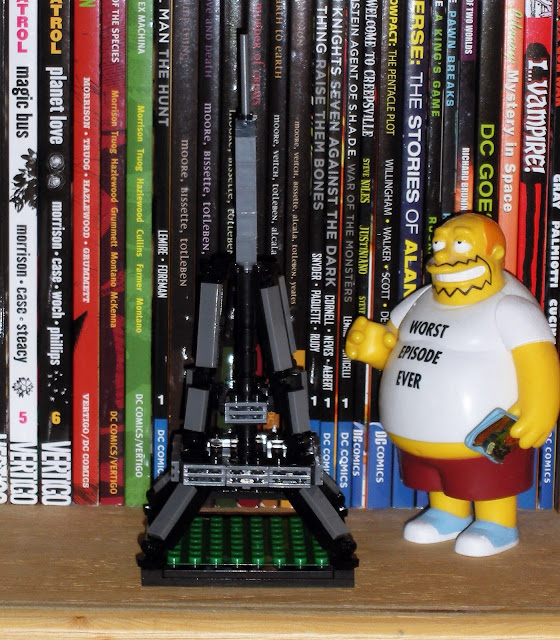 This is the completed Eiffel Tower. Frankly, it's a bit of a mess. Several aspects of the build seem to be poorly thought out, and the entire thing lacks stability. The central tower tends to topple if you breathe near it, look at it too hard, or think about it. (Yep, there it goes again!) See those "arms" that drape down the sides? They don't even attach to the central tower! Designs like this would never fly in a genuine LEGO set. The LEGO version is a good bit more expensive, but it lacks these issues. So, if you want a brick-built model of the Eiffel tower, it's definitely worth it to splurge for the LEGO version.

It's also worth noting that these sets lack the name plates, as well as the booklets that detail the history of the buildings. In general, the pieces don't snap together perfectly like genuine LEGO pieces, but I didn't have any big issues. There were a few times I had to exert more force than usual to get two pieces to snap together, but nothing I didn't expect for this price. I recommend the Empire State Building, but you should definitely skip the Eiffel Tower. I reiterate: it's a mess. I'm inclined to pick up Big Ben based on my experience with these sets, particularly since it looks far more similar to the Empire State Building than the Eiffel Tower as far as design and stability are concerned. I'll be sure to let you all know how that goes if I do! In the meantime, check your Dollar General stores for these, or check out the official site if you're interested in the LEGO Architecture sets. Until next time...
Posted by Waylon Piercy at 11:30 AM

Email ThisBlogThis!Share to TwitterShare to FacebookShare to Pinterest
Labels: LEGO, LEGO off brands