Four comics that changed my life

This is one of those things being passed around the net, much like the "ten books that changed your life" thing I wrote up last year and just remembered that I forgot to schedule, so it still hasn't been posted. Whoops! Anyway, it sounded like a fun exercise, so here we go! 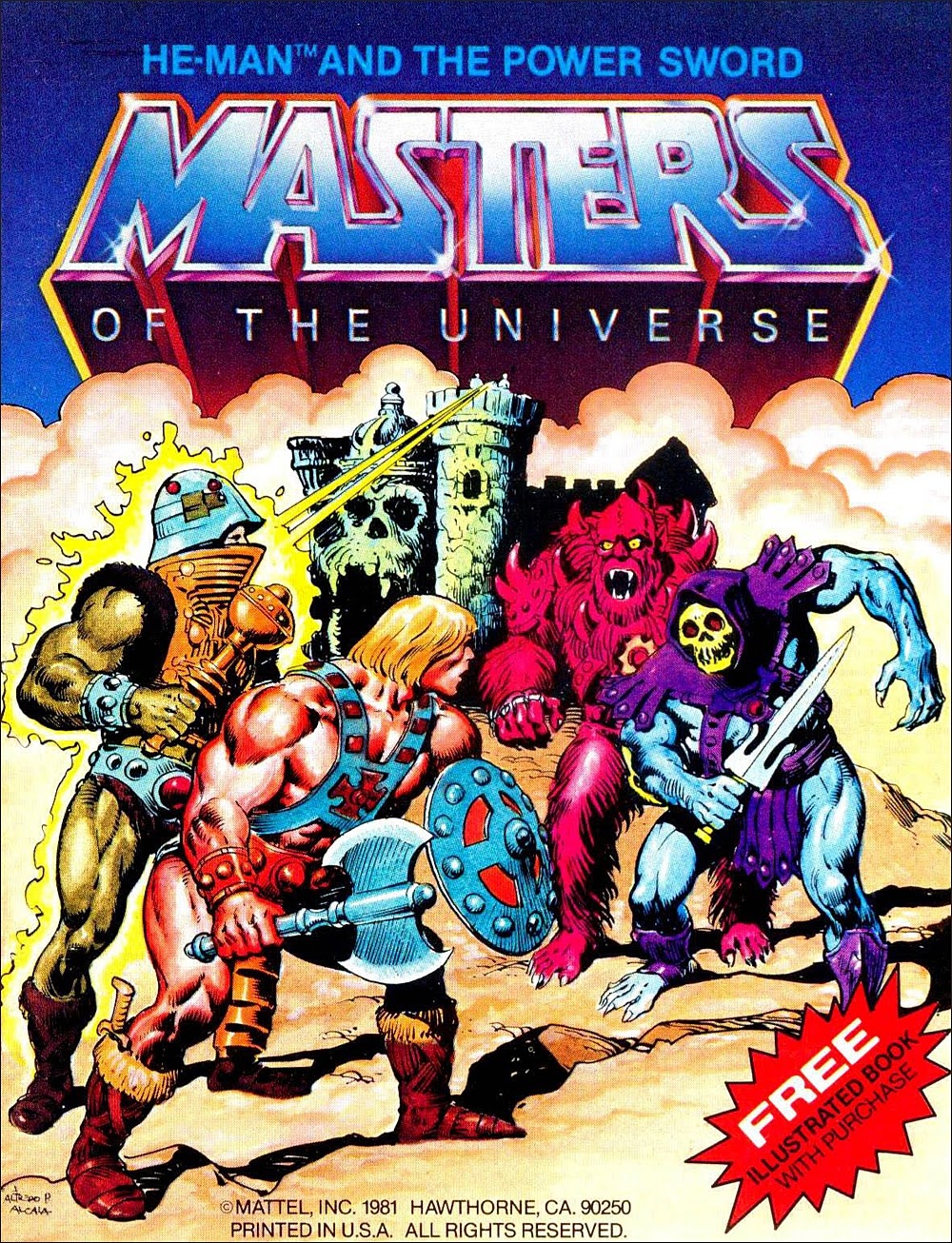 He-Man and the Power Sword (1982)
This was one of the minicomics that were famously packed in with every Masters of the Universe action figure in the 1980s. It's the first one sequentially, and the first one I ever got. As far as I know, it was also the very first comic I ever received. I was not quite three years old when I got this, and looking at it in the car on the way home is my earliest memory. This might be fudging the rules just a bit, as the first four Masters of the Universe pack-ins were technically illustrated storybooks, but they've always been considered part of the minicomics line, so I'm counting it.
This one is important for several reasons. First and foremost, it ignited my lifelong love of reading. It was the desire to read my MOTU comics (as well as my dinosaur books) whenever I wanted that led to me learning to read by the time I was five. (No more of that "having to wait until someone felt like reading one to me" crap!) It also kickstarted my affection for the heroic fantasy genre, which eventually led me to the work of Conan the barbarian creator Robert E. Howard, who remains one of my very favorite authors. I wanted to create my own characters and adventures like the one in this comic, which led me to start writing and drawing. Alfredo Alcala's badass art was a huge inspiration. One of the strongest impressions I got from this was how cool and creepy Skeletor was, which began my fascination with villains. So many of my major interests can be traced directly to this comic! It is easily the single most important book or comic I've ever gotten. 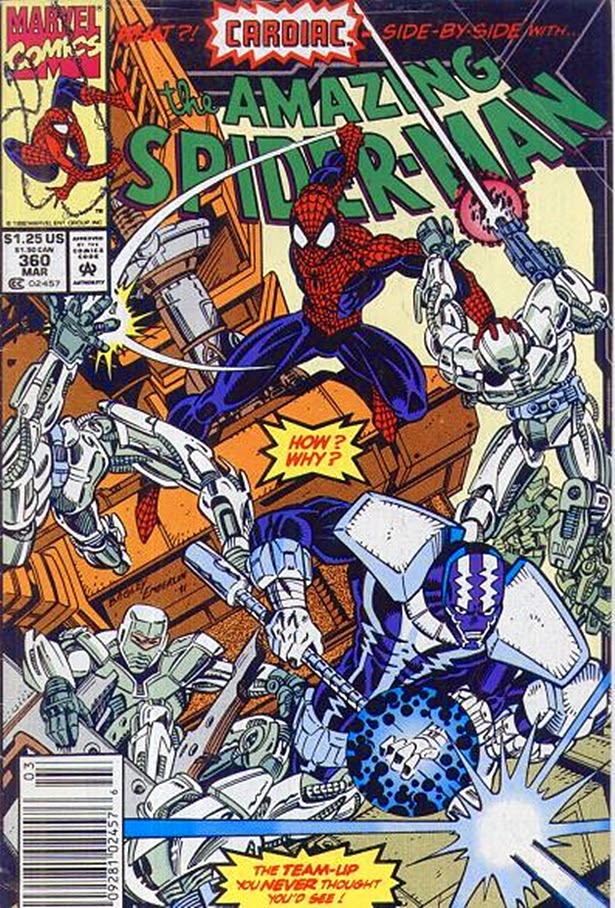 Amazing Spider-Man #360 (1992)
This wasn't the first comic I bought with my own money-- I had a few I had picked up here and there over the years-- but this was the comic that got me started buying comics as an ongoing thing, and not just something I would pick up occasionally when I had a little money and couldn't find a toy I wanted in my price range. We were selling magazine subscriptions as a school fundraiser, and among the Southern Livings and Better Homes and Gardens were a couple of comic series: Amazing Spider-Man and Captain America. Subs were only $5 each, so I figured what the hell, I'll get one. I opted for Spider-Man, which was a good thing, considering how bad the Captain America comic was at the time. (Though ASM would quickly start going down the tubes itself. It wasn't easy to find good comics published by Marvel in the '90s.)
Anyway, this issue featured the antihero Cardiac, who had an nice eye-catching visual design. He's largely a generic vigilante combining aspects of Batman and the Punisher, but as a 13 year-old, I thought he was pretty cool at the time. This was the conclusion of a two-part story, and I had little idea what was going on, but I enjoyed it all the same. I haven't read it in about twenty years, so I have no idea how it would hold up, but that hardly matters. This comic and the larger world it hinted at was the springboard for me wading into the deep end of the comics pool for years to come.
Interesting side note: the next issue was the first appearance of '90s darling Carnage. 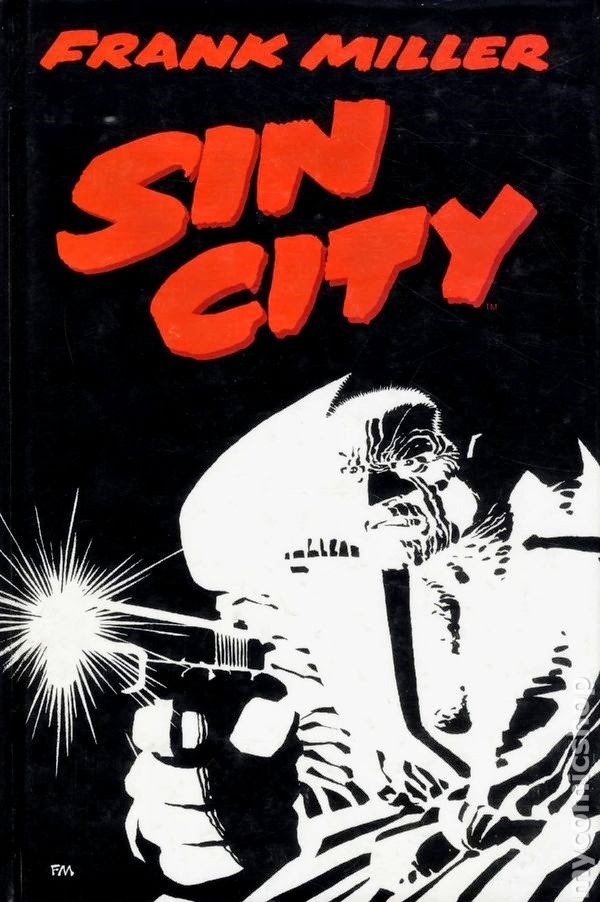 Sin City (1993)
I'm referring to the original hardcover collection here, just to clear up any confusion. (I know it's since been given the title "The Hard Goodbye," but as that title wasn't conceived until the movie was released, it appears nowhere in this edition of the book, so I don't refer to it as such.) I picked this up a year or so after it was published, based on a recommendation from the owner of the comic store I frequented. He was so sure I'd dig it that he knocked $5 off the price, and told me to bring it back the next week and swap it for something else if I didn't like it! I could hardly refuse such an offer, so I bought the book and got back in the car where my mom and grandma were waiting. (It would be another year before I got my own car.)
This book blew my mind wide open. The noir atmosphere, the gut-punch of an ending, and above all else, the art were all amazing. The feeling I had as I opened this book and looked at the art for the first time must have been comparable to how movie audiences felt when they first saw King Kong in 1933. It was that significant. The visuals in this book remain astonishing, and Frank Miller would refine this art style over the next few years as he made further trips to Sin City. None of them had the visceral impact on me that this first book did, though. 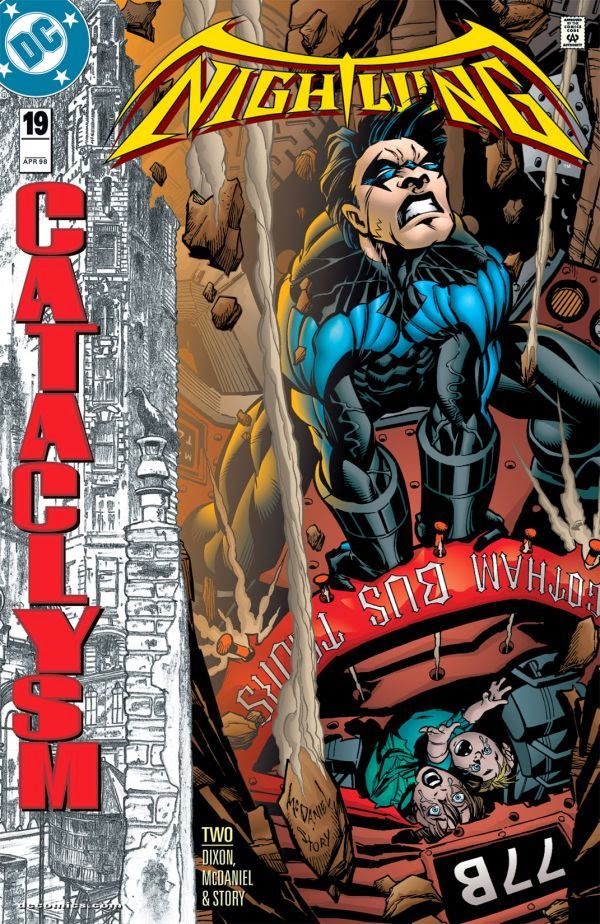 Nightwing #19 (1998)
I had drifted away from the comics world during my last couple of years in high school, so I hadn't picked up a comic (a new one, anyway) in about three years when I came across this at the local Books-a-Million. I was immediately struck by three things: 1. Nightwing finally had his own series. Cool. 2. His new costume was pretty awesome, and much better than his earlier ones. 3. HOLY FUCK THEY"VE DESTROYED GOTHAM CITY WITH A MASSIVE EARTHQUAKE!!! Comic events have become a standard thing, and were kind of played out even at the time, but such a massive shakeup of the status quo was something we just didn't see that often in major titles like this. This wasn't one of those events that would be forgotten about as soon as it was over. Gotham had been leveled by this massive quake, and to make things worse, the Batcave was right along the fault line, so the cave and everything in it was utterly destroyed, and Wayne Manor had collapsed into it! I had to read this story, so I bought this issue and quickly sought out part one of the crossover.
As for this issue itself, it focuses on Nightwing returning to Gotham right after the quake (he had established himself in another city to the south of Gotham) to help rescue survivors. It's a good, solid action-packed story with some great character moments, the type of thing Chuck Dixon excels at. Scott McDaniel's art seemed to leap off the page with energy, a perfect companion to the story. I was immediately hooked. This got me back into comics, and I've never stopped buying and reading them since.

So, those are my four. I've got a few honorable mentions that didn't quite make the cut. I may give them their own post if anyone wants to see them. Feel free to chime in with your own in the comments!
Posted by Waylon Piercy at 11:30 AM