Comic pick of the week is a weekly column in which I choose my favorite new comic of the week(imagine that!). I'll also name five other new releases I enjoyed. These are spoiler-free posts designed to make you wanna run out and buy some good comics, so read on with no worries of having the entire plot blown! 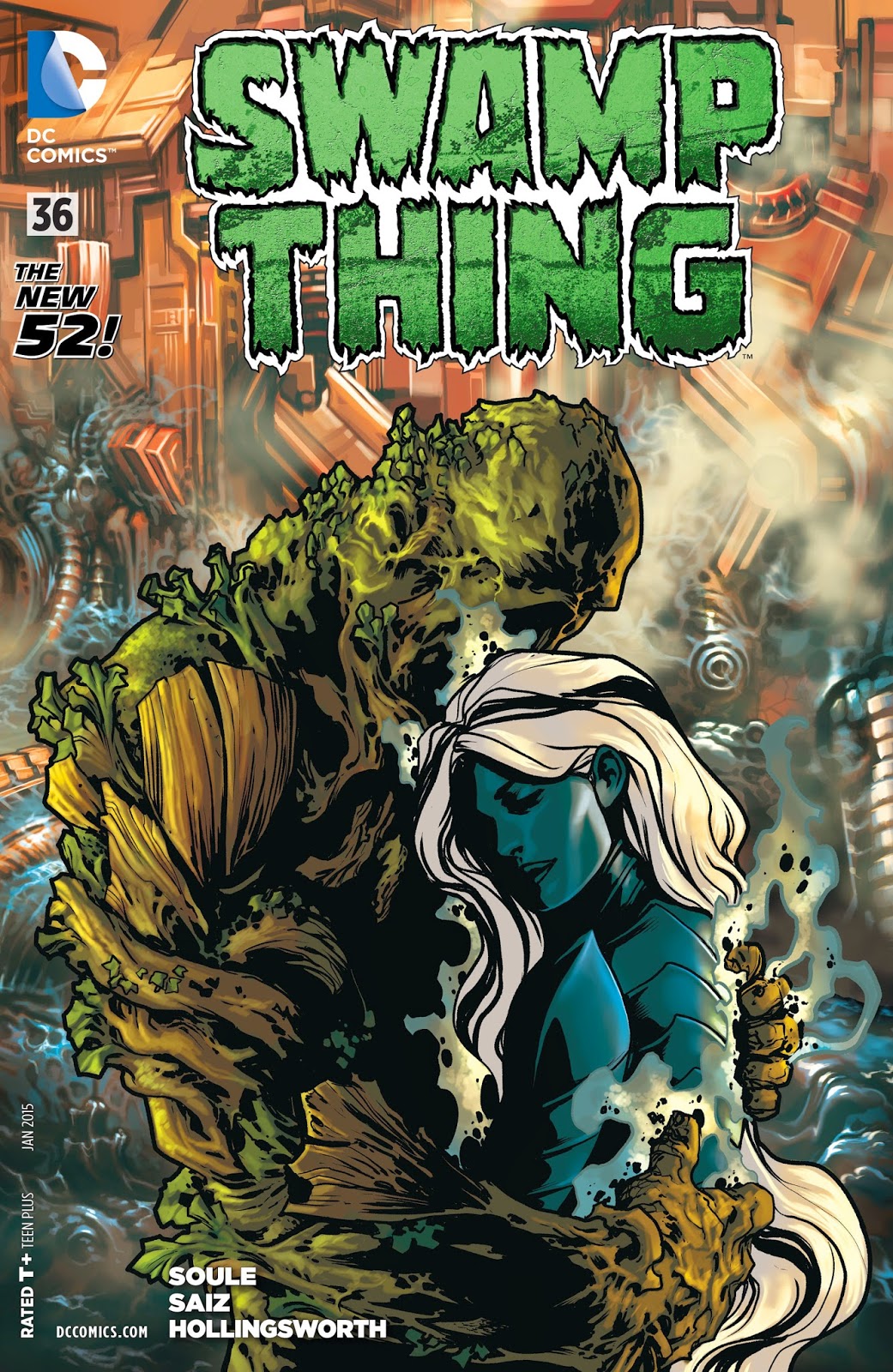 Swamp Thing was one of the surprise hits of DC's relaunch in September 2011, guided by writer Scott Snyder for its first year and a half. Everyone was surprised when he announced he was leaving the book, and the surprise only grew when his replacement was named: Charles Soule. The collective reaction was "Who?" It's funny to recall that now, as Soule has become ubiquitous in the comic industry, writing enough comics on a monthly basis to carry the entire lineup of a small publisher. I've enjoyed pretty much everything he's worked on in that time, from the sci-fi series Letter 44, which far more of you need to be reading, to team books featuring a roster of characters I've never cared about such as Thunderbolts. In a strong body of work, Swamp Thing has remained the crown jewel. It honestly gets better every single month, and this issue is simply wonderful from cover to cover. Reeling from recent events, Swamp Thing has no time to catch his metaphorical breath as he is attacked by the newly-risen Metal, an equivalent kingdom to the Red and Green composed entirely of sentient machines. Swamp Thing pays a visit to someone we haven't seen in quite a while to warn them of the rise of the machines, and the Metal realizes it needs its own avatar, and that's where things get really interesting! Jesus Saiz is just killing it on art duties, as usual. This is about as perfect a creative team as you'll find on any series out there.