Apex Predator: A Grant Mercer Novel is coming in October!

Anyone experiencing deja vu? Seriously, don't worry, I've taken extreme measures to ensure that such a catastrophe doesn't occur again. Having to re-write a nearly-complete novel is not a joyful experience. I figured I'd spare myself having to re-write the original blurb as well, and present it to you again here, with a few slight alterations where appropriate: 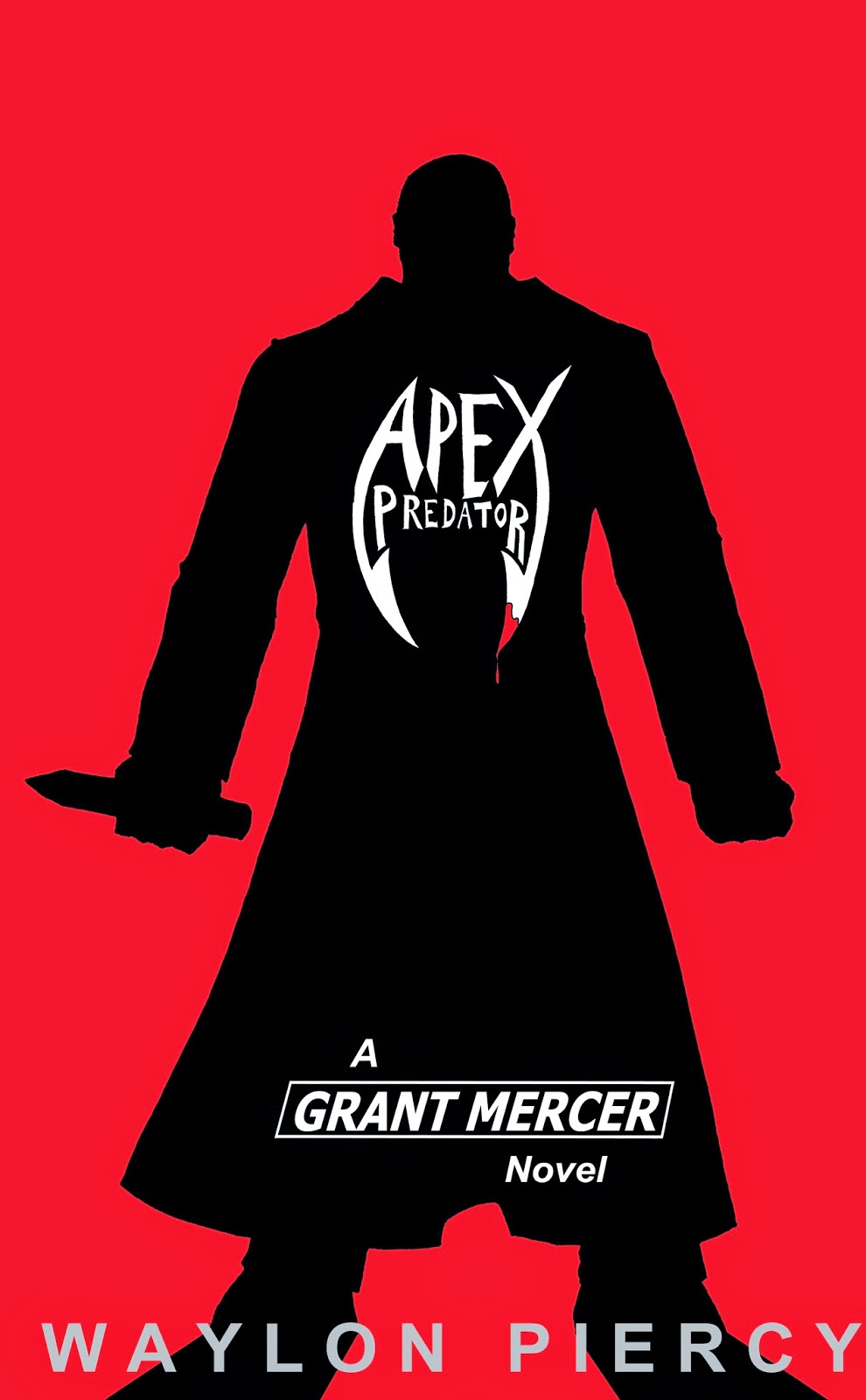 One of the most popular stories in Nightmare Escapade: A Horror Anthology was the tale that
introduced Grant Mercer, a former detective whose search for a missing child takes a horrific turn when he stumbles upon the underworld of supernatural beings who are pulling everyone's strings from behind the scenes. Without spoiling things for those of you who have not yet read
the story, things take some unexpected twists and turns, and by the end, the breakout character
of the book was born. Almost every reader who gave me feedback on the book began with how much they enjoyed that particular story, and wanted to see what happened next.

It was my plan all along to launch Grant into his own series of novels, so naturally, I'm very happy that readers responded so well to his introductory story. In October, Apex Predator: A Grant Mercer Novel will pick up right where that story ended, delving into the supernatural empire that we've only glimpsed. Grant has only dipped his toe into the water; in Apex Predator, he gets tossed right into the deep end!

As a bonus, the story from Nightmare Escapade that introduced Grant will be included, so new readers won't have to buy another book to "catch up." With that inclusion, it seemed appropriate for that story to lend its name to the novel, since it picks up immediately following those events. Apex Predator is only a few short weeks away! For now, enjoy the debut of the (slightly tweaked) cover art, and give Nightmare Escapade another read to help you prepare!

I also have something very cool in the works to coincide with the release of Apex Predator, so stay tuned!
Posted by Waylon Piercy at 11:53 AM